Only recently the foothills in Nagano Prefecture have begun to have the appearance of summer. Normally, even in the high altitudes here, middays are hot; but this year in mid-July there were days when the temperature did not rise above 13 or 14 degrees centigrade. There was even winterlike cold sleet. The weather bureau’s satellite has been analyzing the weather, and although forecasts have been fairly accurate, still they are not dependable.

Science has been researching materials and energy. We are in an epoch of informational science, yet for us the unknown is immeasurably vast. With the knowledge that so much is beyond human control, I am somewhat relieved.

The wind begins. The mists lift. The blue-black mountains are suddenly revealed, and I look, wondering if they were always there. In such moments I feel, within, the musical impulse. This is not inspiration arising from dramatic confrontation. In nature there are subtle continuous changes as well as sudden violent changes. Perhaps I am one of those who try to see the invisible, to hear the inaudible. Human perception is not uniform but has varying levels. Therefore, what I felt cannot be experienced directly by another. But I am not alone. I live—and at the same time am made to live. By what? By whom?

My music is something like a signal sent to the unknown. Moreover, I imagine and believe that my signal meets another’s signal, and the resulting physical change creates a new harmony different from the original two. And this is a continuous, changing process. Therefore, my music will not be complete in the form of a score. Rather, it refuses completion.

This is quite different from the Western artistic intention. As one who has dealt with Western music with great respect, pursuing composing as a livelihood, I have arrived at a great contradiction, which is unresolvable, and which is even enlarging.

I wonder, but cannot determine, if all Japanese (Asian, Far Eastern) composers also feel that contradiction. I am not a composer who represents Japan, not even a “Japanese” composer. Born and raised in Japan, aware that I am influenced by its culture, even as I try to free myself from that influence, at the same time I am fully aware that is impossible.

Less and less in recent times am I regarded as a “Japanese” composer (of Western music). I still experience that uncomfortable feeling when abroad. The breadth of human understanding does not seem to have widened, although there are changes. There is no doubt that the development of informational science has moved from quantity to quality and that there is a movement from regional differences toward a global culture. Though it may sound contradictory, I don’t think that should be so simply done. What will simple unification produce?

There is an advantage for a Japanese composer who has studied modern Western music—music from a completely different culture. That is, he can view his own Japanese tradition from within but with another’s eyes. Any culture should be understood as distinctive of an area, yet changing, free from the concept of nation or institution. Will not true mutual understanding develop only from this attitude? For the human to be independent and free seems like an infinite task. I do not stop composing, because I cannot give up hope of being one of these gardeners cultivating infinite time.

Moved by the view of those mountains, lost in thought, I found that time passed quickly and the mountains were again covered by clouds, lost from sight. 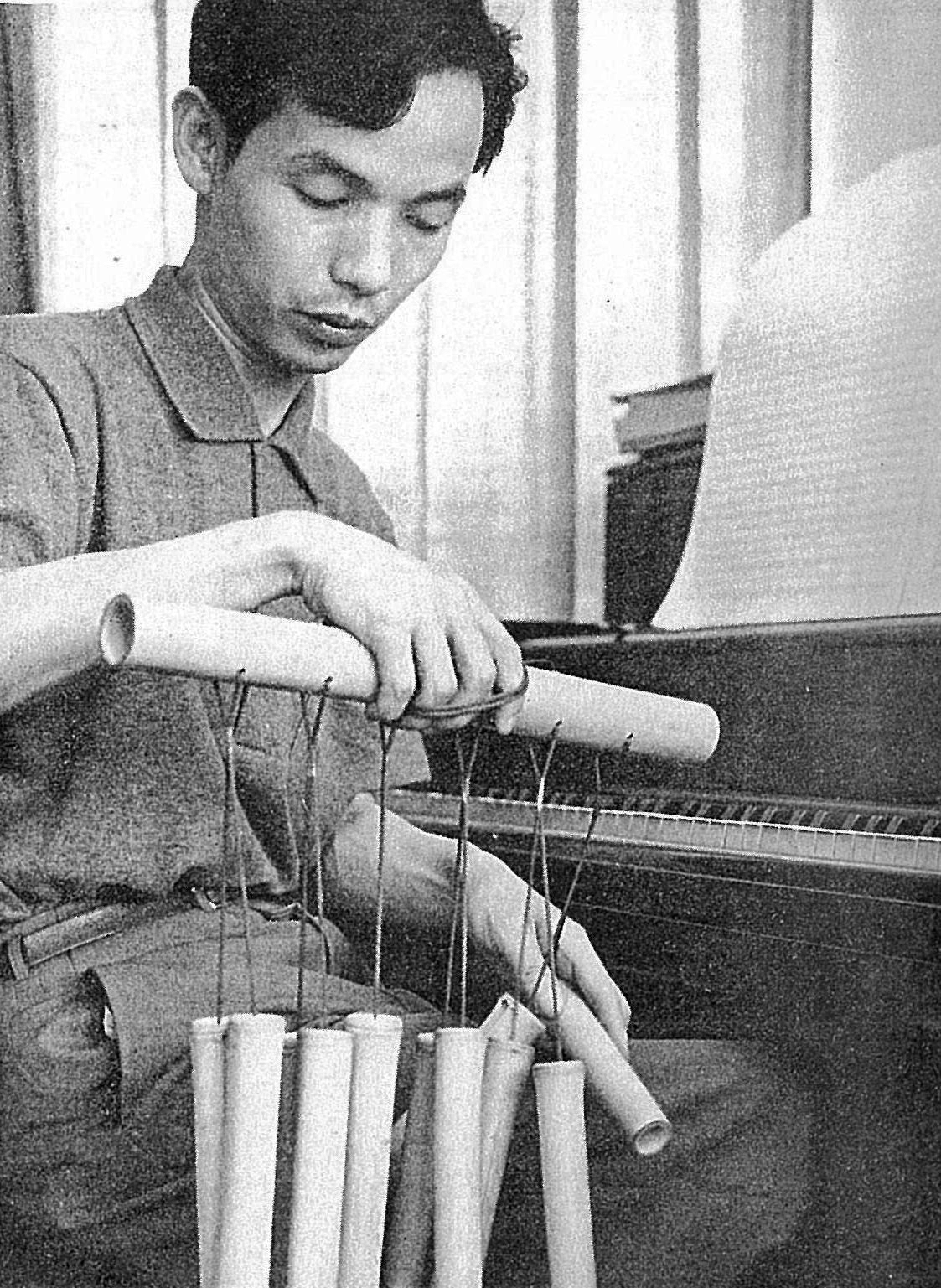