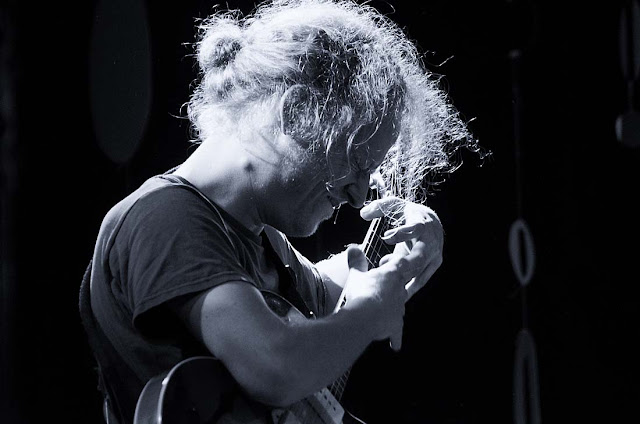 Mikael Szafirowski is a Finnish guitar and cavaquinho player residing around the west of Europe, mainly in Amsterdam and Köln. He is markedly working on expanding the vocabulary of amplified string instruments by way of extended playing techniques, as well as exploring new forms of structure and sound in music. Having lived his formative years in the realm of jazz music, he is now looking at other avenues of expression, such as noise, free improvised music, contemporary classical music, and a mix of popular and world music. 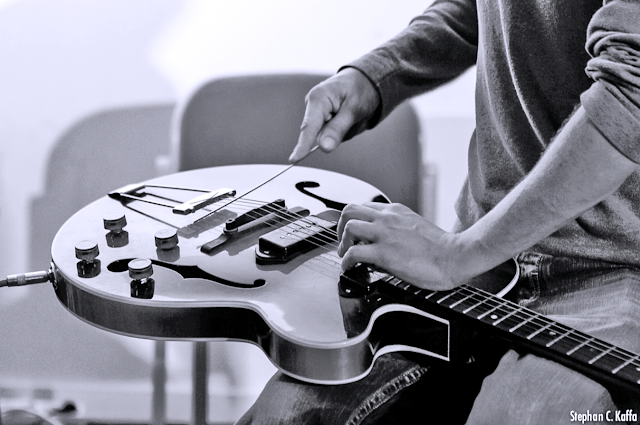 Born in the summer of 1980 in Helsinki to a Finnish-Polish family, Mikael became well versed in culture clash at a young age. His insatiable ear for music from different cultures led him to travelling the world round on his LP-player. Having gone through a lot of instruments, landing on the electric guitar finally transformed this voyage from internal to the external. 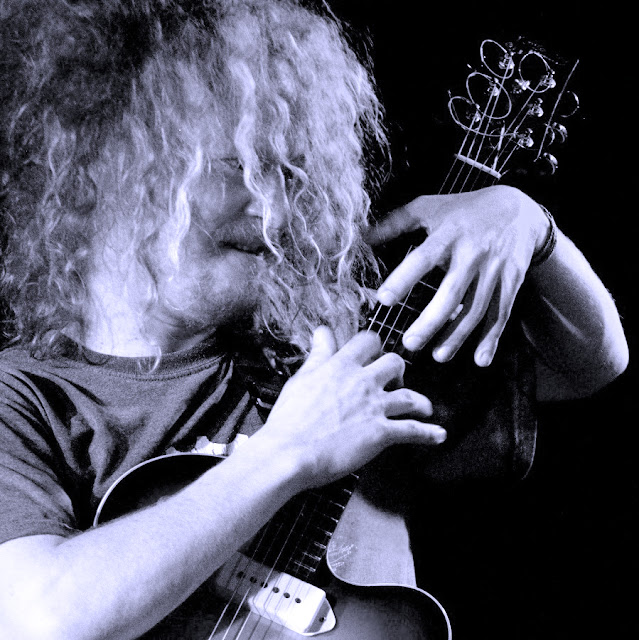 After intense years of studying jazz music with Neff Irizarry in the Pop&Jazz-Conservatory of Helsinki, it was time to pack up and move to Holland. Enrolling to the Royal Conservatory in the Hague, Szafirowski continued his jazz formation diving into the session scene in the Hague. Cutting his teeth on the competitive stage was all good and well, but there was yet more to discover, and after a year it felt a good time to leave the guitar for a while and delve into contemporary classical music. With a pen. 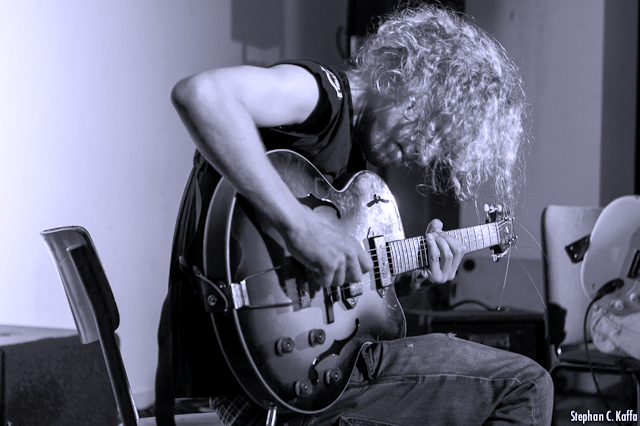 During the following years studying with Gilius van Bergeijk and Calliope Tsoupaki, a whole new world opened. At that time he got heavily influenced by the likes of Morton Feldman, Iannis Xenakis, Edgar Varese, but also the music of Sonic Youth, Otomo Yoshide, Sonny Sharrock and Captain Beefheart.

This whole gamut of experiences started to emerge again through the guitar and his newer second instrument, the cavaquinho. Mikael Szafirowski is one of the few musicians using this small brazilian string instrument in such a peculiar way. Detuned, feedbacking, this innocent looking thing turns from a howling beast to a whispering banshee. His guitar technique is highly personal, using harmonic feedback and various preparations to feed his musical curiosity. 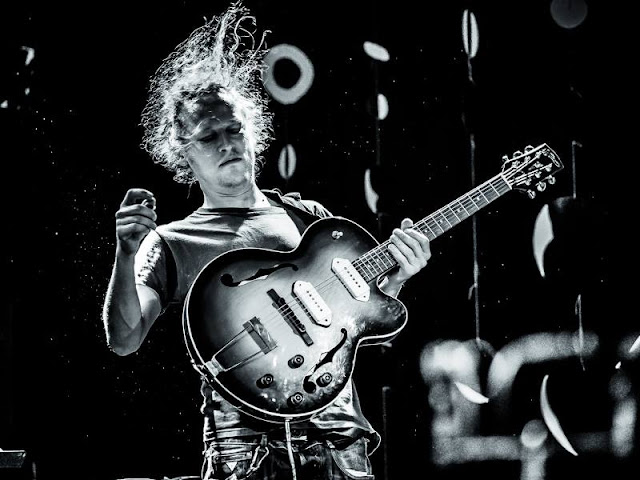 Moving to Amsterdam in 2007, and with a short stint in Paris in between, Mikael has become a permanent active member of the Amsterdam improvisation scene, having played and collaborated amongst others with Han Bennink, Ab Baars, Luc Ex, Wilbert De Joode, Oscar-Jan Hoogland, Yedo Gibson, Gerri Jaeger. His bands The Royal Improvisers Orchestra, Naked Wolf, Rooie Waas and NHC are a common sight at dutch venues as well as abroad from Serbia to Brazil. 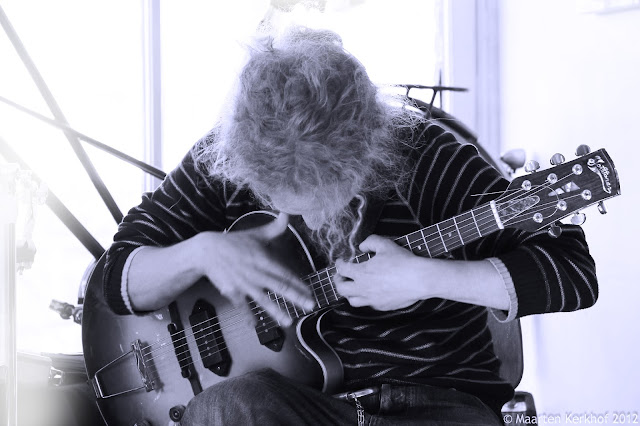 I got a mixtape from my third grade teacher (i know it might sound creepy, but this is Finland, mind you) and it had Deep Purple, Jimi Hendrix, Led Zeppelin and Howlin’ Wolf on it. And I was glued to the stereo with that one. I didn’t realise what it was at the time, but if I relate to that feeling now, it’s as if I was travelling. New colours and smells and languages. It proposed in my a ‘sehnsucht’ in me that never really calmed. So now, while in most of my bands we somehow try to deconstruct or invent or stumble upon, I’m still hoping we could reach that level of vibe. You know, something that follows you forever. It’s a stretch, but the mere possibility is a great motivation.

When I was a cocky teenager, I though that frets on a guitar where like some kind of training wheels. However the older, less nerdy me thinks that the frets actually have more purposes than keeping your chords equally out of tune. I really enjoy the metal against metal events in the electric guitar.  And then there’s the interaction with these wonderful, old fashioned sound amplifiers. Considering stringed instruments, the guitar (or it’s variants) is really set apart by the way it sits in the middle of your body, especially when sitting or hunched over. There are really few feedback controllers  as ergonomic as the guitar.

My dreams have more to do with a group of sounds. Sometimes with a collective you land on a new landscape, an unknown destination. And you stay there, look around, smell the breeze. In this place there’s all the emotions, every moment, every soul - real and fantasy. The past and present. And we find that we’ve been here all along.

Okay, this is going to sound horrible in the light of the recent developments, but I’d say the biggest single influence to me is Europe. I’ve been lucky enough to be inundated in a few vastly different cultures, who somehow maintained the last 50 years very friendly, even warm relationships (this is quite a stretch).

Of course there’s a lot of things happening behind the scenes, but when you see a frenchman and an englishman accepting their different cultures, be it by way of stereotypes, it’s quite remarkable.

There’s a lot of ideas in language that completely don’t translate. And still we manage to convince whole ‘peuple’’s that political violence is bad, ‘let’s give that power to the state’. So while political violence is indeed as bad as any other violence, with this common vocabulary we could convince each other of even more important things, like trying to find everyone a place on the boat of enlightenment. But, I might be naïve.

I’m pretty exited about living in this era of very accessible gear. And software. And where sub bass has become part of the musical spectrum. This doesn’t fundamentally change how the guitar works, but it allows for a constantly expanding amount of contexts. In a lush, bass heavy environment sometimes it makes sense to cut all the low end of your guitar. It’s also refreshing to not be the loudest instrument in a band anymore. Encountering these new sonic challenges for the guitar feels sometimes like parallel parking a Cadillac. It’s nice to get on the highway once in a while though.

I saw Ernst Glerum and Michael Watcher playing in Amsterdam the other week. It was nice music all and all, but what stayed with me was Michael’s playing. There’s so much culture in his music. You can hear where it comes from, he’s playing a trap kit at the end of the day (google it, kids!). And his kick drum sounds really like a dude walking on the street with a marching drum. I never had a very personal relationship with the history of jazz, but nevertheless being able to create such a four dimensional picture inside the listeners brain leaves me in awe.

I’m very interested in the learning process and I find it very enigmatic. As in I don’t know at all how it happens. You prepare to be able to do something, but the exact leap to competence is something between a choice and fluke. You’re not really the same person after. Something to do with nerve patterns i guess.

I also realised lately is that I modelled my tastes in music to steer clear from the things that I couldn’t be bothered to learn. This I hope to change some with time. Luckily I’m still young.

Ah, the old art discussion. I think it’s good not to put your experience in a straight jacket. Art is an open communication between it’s partakers and the aesthetics are private amongst them. So what I enjoy most in a piece of art is completely up to it’s creator, once the dialogue is achieved.

What quality do you most empathise with in a musician?

Well, making music together, or alone -especially if it’s something which doesn’t have a clear framework- takes a lot of handling different personalities and aspirations. So in that way, the musicians that I manage to make good things with, have a keen interest in finding their space amongst us.

Henry Miller, but I’d just like to be his roomie.

I was told once not to ever show completely what you can do. At the time, it had to do with being paid by the hour, but what I took away from it into an artistic context is a sort of peace in what you’re doing. What you do is not the end of anything and only one of numerous beginnings. But it’s the only thing that matters at this moment. Maybe I didn’t really understand that piece of guidance…

We’re coming out with our second album with Naked Wolf in the fall. It’s very exiting, a slightly different line-up and a fresh sound.

I love this band and hope we can keep working forever. And more. I’m also slowly transitioning to thinking about my personal view in terms of an album. It will be the first thing I did on my own and I have to chose what ‘It’ is. Or do everything and try to find cohesion in it. Very exiting. Also have to get over procrastinating. And myself once in a while.

I have a band with Dario Fariello and Alex Riva called Zugabe, or ZGB. Hence the name, we’re trying to upset the whole notion of a concert. There’s psychoacoustic elements, theatre and talking about theatre. The gig starts when I leave my house, or even before.  It’s hard to explain, it’s better to see the band, suffice to say, I thoroughly enjoy being in a band of zero commercial ambitions. It’s very liberating. 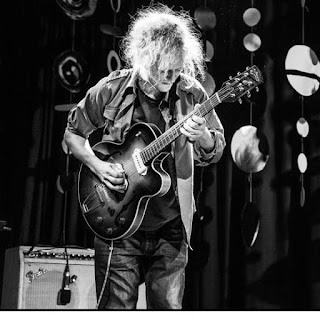 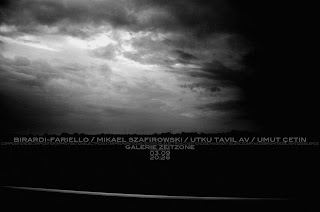