'One chance to pull it off': Adrian Belew on his thunderous Metropole experiment

by Nick DeRiso
Adrian Belew, coming off a fascinating collaborative effort with the Metropole Orkest, is set to revisit his celebrated tenure with King Crimson on an upcoming summer tour. But not before stopping by for the latest SER Sitdown.
He tells us that an undertaking like ‘e’ for orchestra, as rewarding as it no doubt was, was not without its dizzying challenges: “It made me realize how very very diffcult it really is to get this music to happen. Orchestral music is still a bit out of the reach of most composers or artists like myself — especially people who are more grounded in the world of rock music. It’s just so expensive to do. You have to find a situation like I accidentally found, whereby the Dutch government and the largest broadcasting system in the Netherlands provided the funding. To do this concert, just the one concert, and a few days of rehearsal and the two days of recording the studio version of ‘e’ for orchestra,the bill came out to be about a quarter of a million dollars — and that’s without me being paid one penny.” [KING CRIMSON UPDATE: Longtime member Adrian Belew talks frankly about the future of King Crimson, saying founder "Robert Fripp may never want to do it again."]
After a little downtime — which included work on an upcoming solo project, and what the movie nut says were countless trips to the local cinemaplex — Belew is ready to hit the road again this summer: A new amalgam called the Crimson ProjeKct, featuring Tony Levin, Pat Mastelotto, Markus Reuter, Julie Slick and Tobias Ralph, will appear with Dream Theater over some two dozen shows beginning on June 15, 2012.
Complete dates and venues are below …
NICK DERISO: Now that you’ve had some time to live with it, did ‘e’ for orchestra live up to your expectations?
ADRIAN BELEW: I think ‘e’ for orchestra came out every bit as good as I hoped it would, and in some ways better. Even though I had, in my mind, imagined as best I could do what I thought it would sound like, and what I thought it would be like, and what I imagined the experience itself would be, of course none of those things turned out exactly as you predict them. But in this case, happily, they turned out even better. I had a sound in mind that I though ewould end up being. But it turned out more powerfully than I thought. Somehow, once it was arranged and scored by myself and Tom Trapp, and put into the hands of such a great orchestra as the Metropole, it just turned out more powerful — and a bit more unusual than even I thought. I couldn’t exactly say that the orchestra was going to be what it turned into, such a powerful and modern version of orchestral music. A lot of people have said this to me — and I take it as a compliment: It’s got a lot of Zappa and King Crimson attributes to it, orchestrally speaking. Still, there’s not much to refer to in that area. There aren’t many pieces of music like this yet that have come from that fraternity of music — the Zappa/Crimson fraternity. I didn’t have a lot to go on, to know what it was truly going to turn out to be, but I am very very pleased with the results.

[SOMETHING ELSE! REWIND: Digging into five favorites from Adrian Belew, with King Crimson, the Bears, as a solo artist and even as a sideman with former Talking Heads keyboardist Jerry Harrison.]
NICK DERISO I can’t imagine what what that felt like to have something interpreted in that grand a manner, when it started performed by a trio.
ADRIAN BELEW: As I got to know the orchestra members, and the different factions of the orchestra, I began to realize that many of them did have an appreciation of my music already — both Adrian Belew and King Crimson. But it’s a different fellowship, what goes on with orchestra players, who are used to getting sheet music with dots on it as opposed to the rock world that I’ve lived in all my life. They are separate worlds, though they do have an appreciation for each other. It was scary as hell for me because, even though I am the composer of the music, not being a traditional composer in that i don’t sit down and write it on paper like someone would usually do, there was a little worry on my part: How would I interface with these people? This is all they know how to do, and it’s exactly what I don’t do. It turned out in the end though, it fascinated them just as much as it fascinated me. For them, they’re thinking: ‘How is this guy playing this 43 minute piece of intricate music with no sheets of paper?’ They were just as intrigued by my way of doing it, as I was with theirs.
NICK DERISO: There must have been enormous pressure, being surrounded by this thundering, very physical orchestral sound, with all of these things happening around you — and only having basically one take to get it right.
ADRIAN BELEW: What was interesting was what that sound actually ends up being. Like you say, it’s very physical. Orchestras can do a lot of different things, of course, and this orchestra turned out with this music to be almost visceral. Sitting there in front of that orchestra, playing that music — one time only — was just an incredibly overwhelming experience for me personally. I wish we could have done it 10 times, so I could have appreciated the experience a little more. (Laughs.) You’re there, you’re on the spot, you’ve got one chance to pull this off — and it’s the one and only time that this piece of music has been played from beginning to end, that concert. Even in rehearsals, we never played it from beginning to end. we only played it in sections. We learned it in sections, we even recorded it in sections. Th whole idea was when we get there, the day of the performance, we’ll play it from beginning to end at the sound check. I was a little worried about that. There are all these transitions, and we never got to practice any of those — and many of them are cues from me! I was a little bit concerned. But, as you see, it just came out. We worked out how we were going to create those transitions and, if you are really looking, there’s twice in the piece where I look up at the conductor Jules Buckley and give him the count off, and then he gives the count off to the orchestra. There were lots of new languages being learned by all of us.
[SHOWS I'LL NEVER FORGET: Adrian Belew, before a memorable power trio date in 2008, put it perfectly: "It’s time for the difficult listening hour. Better put on your helmets."] 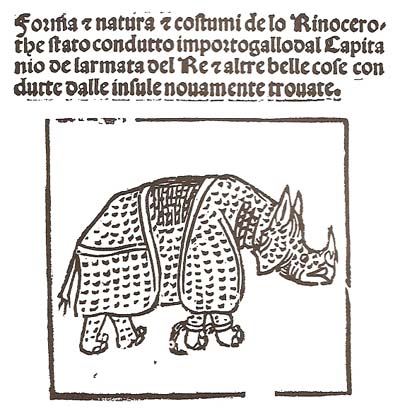 NICK DERISO: I wondered about that: Was there a difficulty in translating, both musically and with the language — or did the piece itself carry you through?
ADRIAN BELEW: I think because Jules had fine tuned everything, and given every one such explicit instructions, we were able to find a way to do that. There were a couple of times where we converted to the rock method, with me counting if off. Also, I was used to playing everything all of the time, and I realized that I didn’t have to play this big crescendo right here. You won’t even hear me! So instead of doing that, I let the orchestra take that and I’ll get my pedals and things set for the thing that immediately follows. Probably the hardest thing for me to do was get used to being conducted. In a rock format, you’re conducting yourselves. If anyone is conducting, it’s whoever counts off the song, or whoever signals the ending — and between that, it’s the drummer you’re following, most of the time. In an orchestra, it’s totally different. You’re following every little whim of the way this guy is conducting, and the way he’s feeling it. Lots of passages are not done strictly. They’re done by feel a little bit, especially in this piece. Then there are several passages where it’s just cacophony, and he’s conducting how much cacophony and where is it coming from — and when’s it going to end. There was a little getting used to that, because I’m used to being that guy. (Laughs.)
NICK DERISO: When you’re off the road, I always picture you basically living in the studio. In my mind, you’re like the hermit with the guitar. Is that a fair estimation? Do you own a TV? Do you listen to the radio?
ADRIAN BELEW: I never listen to the radio. I haven’t listened to the radio for so many years. I try every now and then in my car, when I’m driving to a restaurant. I just can’t find something that really engages me. As for television, when football season is over, there’s nothing I want to watch. (Laughs.) I only watch football, and that’s about it. There are a couple of times when I might watch National Geographic or a history show that piques my interest, but I’ve noticed that television overall has just gotten terrible. It’s so reality show based, and I just can’t go there at all. So I get up out of my chair and go back down to the studio. You’re right, I pretty much live in the studio when I am home now. It’s my favorite place to be.
[ONE TRACK MIND: Adrian Belew goes in-depth on King Crimson's 'Thrak,' a key track from 'e,' the solo novelty hit "Oh Daddy" and his underrated work with the Bears.]

NICK DERISO: You seem to have a very visual creativity. I’ve heard you talk about songs in terms of their cinematic quality. I know you have a sideline as a painter. So how does that visual part of your imagination circle back into your music?
ADRIAN BELEW: It’s always there. It’s why my music is what it is, why I introduce characters like rhinos, those metaphorical things — because I always have had this idea of what it should look like, not just what it’s sounding like. There’s an actual picture in mind, not necessarily as a film but something on that order, something that gives you a basis to work from, a storyline almost. For 20 years I have been doing that, and I’ve kept wondering to myself: When is anyone going to call me to do a movie? I think that’s about to happen now, and there might be one or two things coming my way that I’d like to do. I love film. I see a lot of movies, probably at least 100 a year. That’s a lot of movies. I go to the movies at least twice a week. I’m a real fan. I know that there’s some place for me in that, and I’d like to be there at some point — because I think I am already doing it. 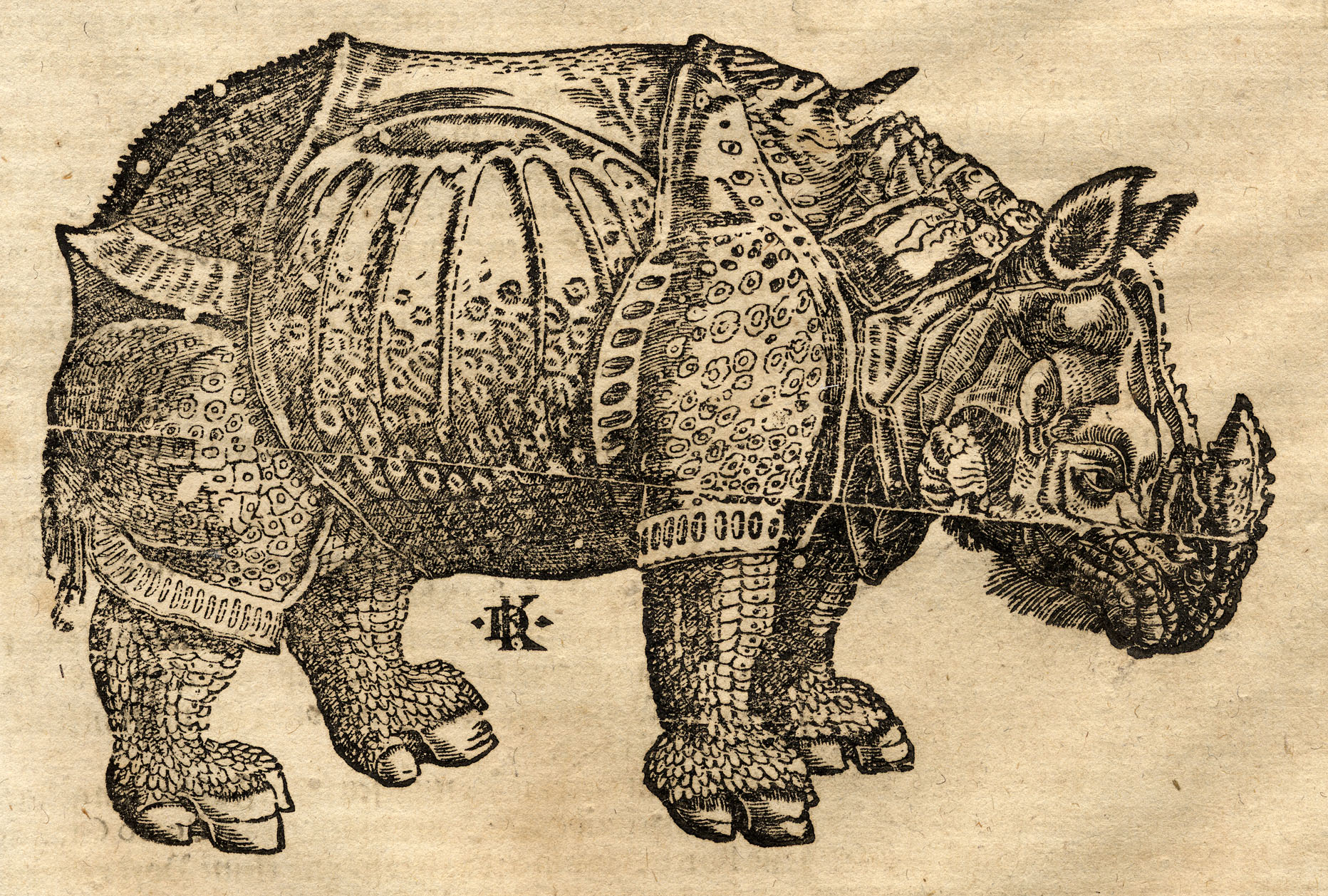