Giacometti. Terrenos de juego is a show dedicated to exploring the sculptor Alberto Giacometti's lifelong investigations into the concept of space. The exhibition focuses on Giacometti's little-known Surrealist sculptures designed to resemble "game boards" with which the artist, as if building a scale model, developed his concept of "sculpture as place", as a playing field where the pieces are art, life and death. Following these initial explorations, Giacometti began to work on his visionary creations for monumental squares, in which observers are incorporated as so many pieces in an oversized game. From this perspective, the exhibition revisits his famous multi-figure groupings of the post-war period, where different places and times converge on a single bronze base. Meanwhile, the sculptor turned his legendary 18-metre-square studio into a testing ground for spatially staging his works, and himself in relation to them. And so the exhibition gradually leads up to Giacometti's great artistic legacy, the world-famous group of 3-metre-high figures he designed for the Chase Manhattan Plaza in New York, including the Walking Man and Large Woman. The show thus becomes a playing field for visitors to explore. 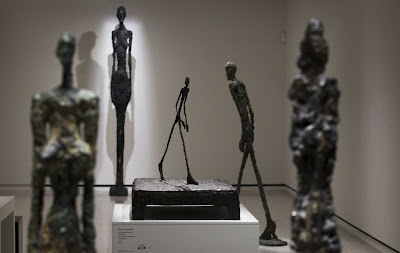 The exhibition, co-produced by FUNDACIÓN MAPFRE and the HAMBURGER KUNSTHALLE, features nearly 190 sculptures, paintings, drawings, prints and photographs from 32 public and private collections around the world, including Kunsthaus Zürich–Alberto Giacometti-Stiftung; the National Gallery of Art, Washington, DC; the MoMA, New York; Tate, London; the Scottish National Gallery of Modern Art, Edinburgh; the MNAM-Centre Georges Pompidou, Paris; and the Hamburger Kunsthalle, among others 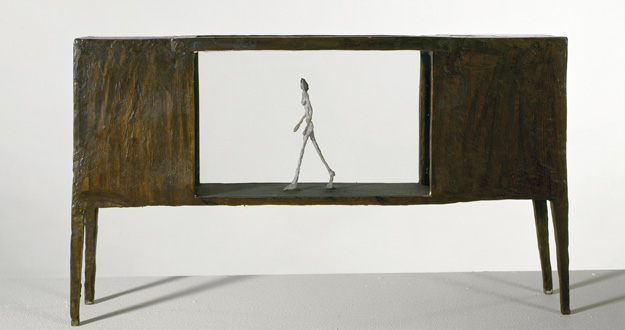