In a two-part concert, cellist Charles Curtis will present solo works created for and with him by Éliane Radigue, Alvin Lucier and Alison Knowles. Radigue's Naldjorlak (2005) is a nearly hour-long, continuous exploration of the acoustical properties of the cello, centered around a tuning of the cello to its own intrinsic resonance. All of the strings are brought into alignment with the cello's "wolf tone"; the entire corpus of the cello is engaged to elicit a complex, closely related spectrum of harmonics and resonances. Lucier's Slices for Cello and Pre-recorded Orchestra (2011) sets the solo cello against a sustained chromatic tone cluster in 52 orchestral instruments, arrayed as a Supercollider patch. By outlining the cluster in various melodic orderings, the solo cello erases and re-inscribes the orchestral cluster in a slowly unfolding process. Alison Knowles' Rice and Beans for Charles Curtis (2008) is a graphic score made of hand made rice paper, beans, lentils and bits of fabric and string. Curtis interprets this work of visual art in a performance analogous to the making of the score, working over the "score" of the instrument in several passes, seeking out unsuspected resonances by tapping, rubbing and stroking the instrument with bare hands.

Éliane Radigue (born 1932) is one of the pioneers of electronic music and music of long duration. Naldjorlak is her very first work for an acoustic instrument. 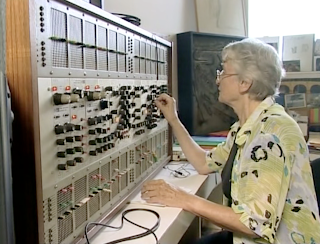 Alvin Lucier (born 1931) is an American experimental composer who directly engages the physical properties of sound in space. Works of his such as "I am sitting in a room" and "Music for Solo Performer" are landmarks of late twentieth-century art. 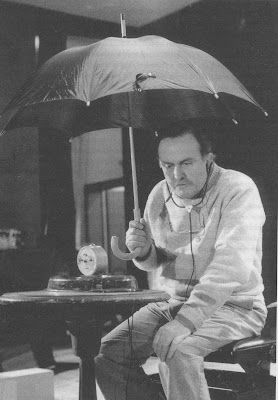 Alison Knowles (born 1933) is a first generation member of Fluxus and an internationally acclaimed visual artist, poet and musician. Her work elaborates John Cage's ideas of indeterminacy in rigorous and surprising new applications. 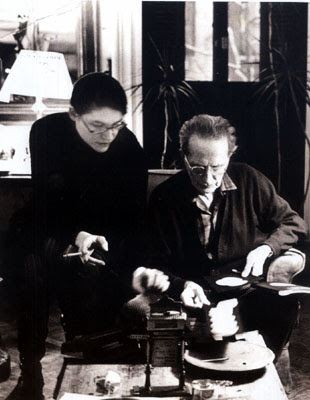 Called by ArtForum "one of the great cellists" as well as "spellbinding and minimal," Charles Curtis (born 1960) is an internationally acclaimed cellist of new and experimental music, with a special emphasis on the interpretation of post-John Cage American avant- garde music. He has worked extensively with pioneers of new music La Monte Young, Alvin Lucier and Éliane Radigue in collaborations which straddle the boundaries between concert performance, installation and sound art. Curtis has premiered and commissioned works that re-define the cello, re-frame its basic acoustics, and place the fundamental physics  of instrument and performance space in a new light. Curtis has led La Monte Young's legendary Theatre of Eternal Music String Ensemble for nearly two decades, and he is a member of The Just Alap Raga Ensemble, the performance group of La Monte Young and Marian Zazeela. Alvin Lucier's compositions dedicated to Curtis include works for solo cello and pre-recorded orchestra, cello and sine waves, and cello and piano. Éliane Radigue, a pioneer of tape music composition since the 1950's, created her very first work for an acoustic instrument, Naldjorlak, specifically for Curtis. Fluxus artists Alison Knowles and Mieko Shiomi have also created original music for Curtis, including graphic and text-based scores.

As Professor for Contemporary Music Performance at UC San Diego since 2000, Curtis regularly leads graduate and undergraduate performance ensembles in the realization of unconventionally notated scores, including works by groundbreaking timbral experimenter Robert Erickson, English activist composer Cornelius Cardew, as well as John Cage, Morton Feldman and Christian Wolff. He is also artistic director and cellist of Camera Lucida, a performance project focusing on the tradition of nineteenth- and early twentieth-century chamber music.


Charles Curtis is a cellist. He has worked closely with La Monte Young and Marian Zazeela, Alvin Lucier, and Eliane Radigue, all of whom have made solo pieces expressly for him. Curtis is one of the few instrumentalists to have perfected Young's highly complex just intonation tunings, and is one of only a handful of musicians to have appeared in duo formations with Young, performing works by early minimalists Richard Maxfield and Terry Jennings.

For a number of years Curtis has maintained an interest and a presence in the downtown New York free music scene, collaborating with poetry-rock pioneers King Missile, John S. Hall, Dogbowl and Kramer. He has been a guest of artists and groups such as Alan Licht, Michael J. Schumacher. Donald Miller, Dean Roberts, Elliott Sharp, David First, Ben Neill, Bongwater, Borbetomagus, Circle X, and members of the bands Television, Pere Ubu and Public Image Limited.

He teaches contemporary music performance at the University of California, San Diego.

Track notes: This two-track recording presents two performances, layered in a loose canon, of a singularly fascinating sonic phenomenon on the cello. Combinations of bowing technique and carefully tuned harmonies excite an improbably complex timbre from the cello, rendered even more lively by the multiple tracks.

Called by ArtForum "one of the great cellists" as well as "spellbinding and minimal," Charles Curtis has woven a unique career through the worlds of classical performance and musical experimentation. A student of Harvey Shapiro and Leonard Rose at Juilliard and the recipient of the Piatigorsky Prize, upon graduation Curtis was appointed to the faculty of Princeton University. Subsequently he was Principal Cellist of the NDR Symphony Orchestra in Hamburg, where he appeared as soloist with conductors such as Herbert Blomstedt, André Previn, Günter Wand, John Eliot Gardiner and Christoph Eschenbach. Curtis has been guest soloist with the San Francisco Symphony, Baltimore Symphony, National Symphony, Orchestre de la Suisse Romande, Janacek Philharmonic, Orquestra de la Maggio Musicale Florence, and orchestras in Brazil and Chile, among many others.
For more than twenty years Curtis has been closely associated with the legendary avant garde composer La Monte Young. As soloist and as director of Young's Theatre of Eternal Music String Ensemble, Curtis has participated in more performances and premieres of Young's music than any other musician. He is one of the few instrumentalists to have perfected Young's highly complex just intonation tunings, and is one of only a handful of musicians to have appeared in duo formations with Young. The La Monte Young and Marian Zazeela four-hour-long solo composition, "Just Charles and Cello in the Romantic Chord," for solo cello, pre-recorded cello drones and light projection, the only solo composition composed by Young for a performer other than himself, received performances in Berlin, Paris, Lyon, Dijon, Bologna, in the New York Dream House, and in the monastery village of Polling in Bavaria. Curtis has studied the Kirana style of Indian classical music both with La Monte Young and in master classes with the late North Indian master vocalist Pandit Pran Nath since 1989, and has been a regular member of the Just Alap Raga Ensemble, led by La Monte Young and Marian Zazeela, since 2003.

Already in the early 1980's Curtis was involved in the downtown New York alternative music scene, performing regularly in clubs like the Mudd Club, CBGB, Acme Underground, The Cooler, ABC No Rio, Tonic and the Knitting Factory. He collaborated over a period of years with poetry-rock pioneers King Missile, John S. Hall, You Suck, Dogbowl and Kramer, and with creative musicians such as Donald Miller of Borbetomagus, Michael J. Schumacher, Alan Licht and Dean Roberts. Emerging from this scene in the 1990's, Curtis led the Charles Curtis Trio, presenting sound-installation-style minimal rock music with spoken texts, sine waves and slide projection in clubs and festivals throughout Europe; their double LP/CD "Ultra White Violet Light", designed for simultaneous play on multiple stereo systems, was described by British magazine The Wire as "one of the most treasured sound art objects of the last few years". His large ensemble and electronics work for children, "Richard's Trip", was released in 2000 by Deutsche Grammophon. Curtis has created original music for films by Luke Fowler, Raha Raissnia and Jeff Perkins, whose 2008 film "The Painter Sam Francis" was screened at festivals and museums internationally.
Curtis has enjoyed a distinguished and extensive chamber music career. At the age of nineteen he performed the Tchaikovsky Trio with Oscar Shumsky and Earl Wild at Carnegie Hall, the live recording of which is now available on the Ivory Classics label. As cellist of the Ridge String Quartet he toured Europe, Japan and North America, including numerous concerts with Rudolf Firkusny as guest pianist. A guest at many prominent festivals including Marlboro, Ravinia, Wolf Trap, La Jolla and Schleswig Holstein, Curtis was featured as continuo soloist on Kathleen Battle's album "Grace" for Sony Classical, and toured with Miss Battle and Anthony Newman performing Purcell, Dowland, Handel and Bach. The cultivation of the art of chamber music as an intellectual history of the nineteenth and early twentieth centuries is at the heart of the project Camera Lucida, an ensemble and concert series of which Curtis is Artistic Director.
In the last few years Curtis has developed a unique repertoire of major works created expressly for the distinctive qualities of his cello-playing. The great American experimental composer Alvin Lucier has composed numerous works for Curtis, including pieces for cello and sine waves, cello and piano, and cello with large orchestra. French composer Eliane Radigue created her very first work for a purely acoustic instrument for Curtis, the hour-long solo "Naldjorlak I," which Curtis has performed scores of times throughout the world; more recently "Naldjorlak III" and "Occam 5" have been developed collaboratively with Curtis.


Artist and performer Alison Knowles created a unique graphic score for Curtis which has been realized in galleries and alternative settings. These, along with the monumental works of La Monte Young and rarely-heard pieces by Terry Jennings, Richard Maxfield and Morton Feldman, have been championed by Curtis through regular performances and recordings. In 2005 Curtis presented "Waking States," a series of seven concerts in fifteen days at various New York venues of music by Young and Zazeela, Lucier, Radigue, Jennings and Feldman. Solo concerts in the last few years have taken him to Christchurch Spitalfields London, the Auditorium of the Louvre in Paris, the Hebbel-Theater in Berlin, the Kampnagelfabrik in Hamburg, Issue Project Room in New York, the RedCat at Disney Hall in Los Angeles, and to festivals, museums and alternative spaces in Norway, Belgium, the Netherlands, Austria, Latvia, Estonia, the Czech Republic, Spain, Italy, Slovenia, Switzerland and Canada. Each summer Curtis performs and teaches in the La Monte Young - Marian Zazeela permanent installation at Kunst im Regenbogenstadl, Polling, Bavaria. Curtis is at home in Ocean Beach, California, where he is Professor of Contemporary Music Performance at the University of California, San Diego.