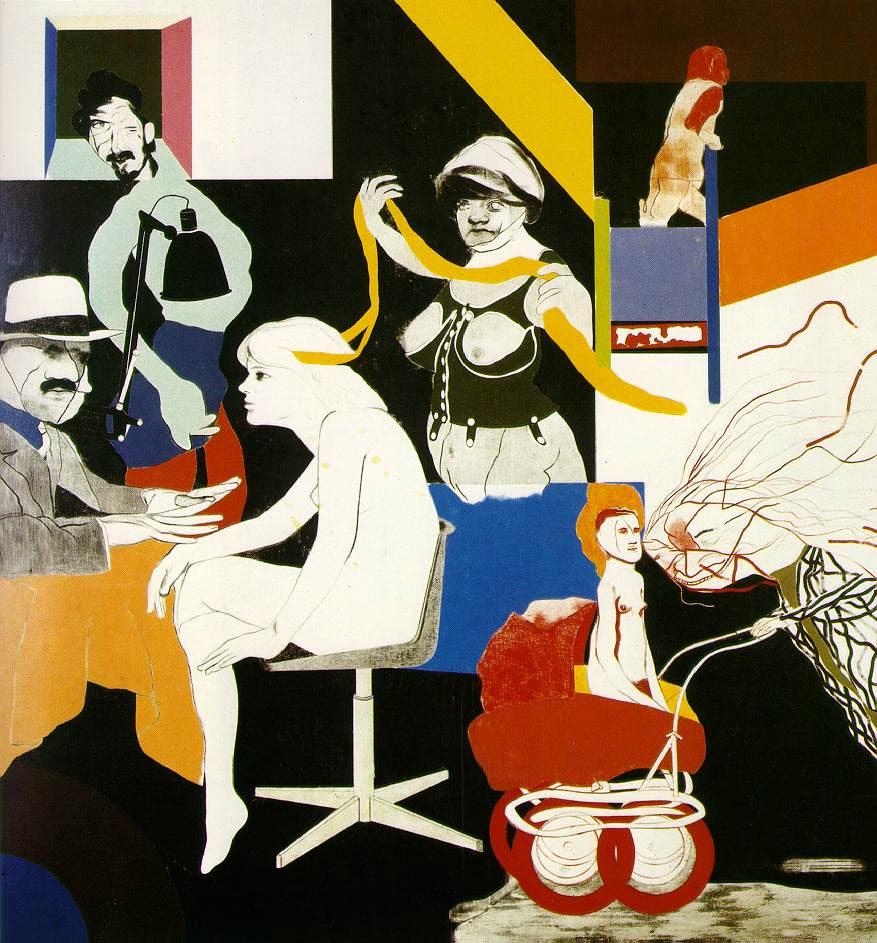 3D: three views of guitar and saxophone on a November evening at the Dance Centre in Derby, 2002 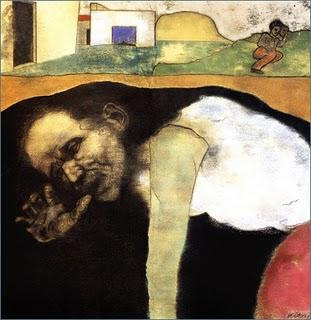 3D: three views of guitar and saxophone on a November evening at the Dance Centre in Derby, 2002.

Documents such as photographic, tape or digital recordings of works of art and improvisation are canonically problematic,

even the most perfect reproduction of a work of art is lacking in one element: its presence in time and space, its unique existence where it happens to be.


documents such as tape recordings of improvisation are essentially empty, as they preserve chiefly the form that something took and give at best an indistinct hint as to the feeling and cannot convey any sense of time and place.

Possibilities, for me, rest in the relative time and place relation created by and between these several juxtaposed documents. Each document affords a different, but related, view and purchase on the others; cumulatively they delineate a relative, loco-temporal frame within which listeners position and reposition themselves, are positioned and repositioned and perceive canonically; where, potentially,


the same subject seen from a different angle offers subject for study of the most powerful interest and so varied that [… one …] could occupy […one…] self for months without changing place, by turning now more to the right, now more to the left. (Cézanne 1906 [2004:164])

Perhaps, then, various documents such as tape or digital recordings of one improvisation, juxtaposed, are essentially different to a single document of an event, as they preserve, relatively, multi-dimensionally something of the form which that improvisation took, give at least a respective, relative distinction as to the feeling and cohere within their own relative dimension of time and place. Perhaps, too, various documents such as tape or digital recordings, juxtaposed, from their respective essential emptiness – which I conceive as a one-dimensional ‘flatness’ – require us to fill them with a more substantial, experiential canon of time and place.


In recent years I have been troubled by a growing and oppressive orthodoxy of complacent superficiality and one-dimensional, product-based accord. What is especially and specially interesting about these three recordings of this one improvisation from 2002 is less the respective discrete ‘flat’ objective documents themselves than the cumulative subjective space and time I find between these three views, juxtaposed. It is within this void space and time between these views and the listener that I suggest something more substantial and profitable may, with work, take shape perhaps echoing, simultaneously illuminatingly and obscurely, 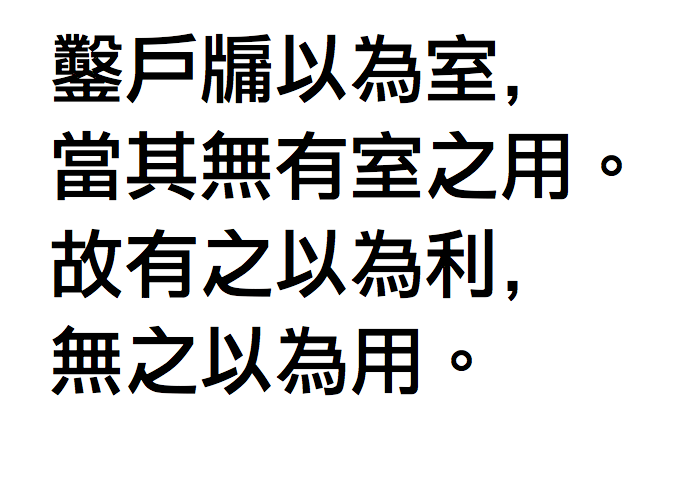 
* Interpretation, translation and readings of documents such as the Daodejing of Laozi are canonically problematic, illustratively:


a room. Adapt the nothing therein to the purpose in


hand, and you will have the use of the room.


Thus what we gain is Something, yet it is by virtue of


Nothing that this can be put to use.


We pierce doors and windows to make a house


Usefulness of the house depends.


Therefore just as we take advantage of what is, we should


recognize the usefulness of what is not.


Keith Rowe/Seymour Wright -3D (w.m.o/r)
It's an issue, of course, that arises all the time but for myself a little more so in the past few weeks while I was dealing with the Capece DVDs--the necessary inaccuracy of a given capture of a performance that acknowledges the space within which it occurs. In that, I suppose, the majority of recorded eai discs are essentially live performances and generally of a subtle nature, this problem can be especially thorny. So it was a nice happenstance that I received this set the other day which contains three recordings from different vantage points within the concert space, using different equipment, of an event created by Rowe and Wright in Derby, 2002.
The music itself is pretty fine, Rowe in kind of post-Weather Sky mode. I'm much less familiar with Wright's history but here, he seems to travel between blown and percussive/rubbed sounds on his alto. It would take many more comparative listens to determine what's missing in one version, what's heard in another and, in all honesty, I doubt I'll get to that level of interrogation. There are salient "events" easily picked out of the sea of abstraction and I guess one could isolate them, play them back to back, note the variations, but someone else, not me.
What I can do, however, and am indeed doing as I type this, is play all three simultaneously. It so happens I have three CD-playing devices in my room: the stereo, the PC and the XBox and while the latter two aren't by any means ideal, it's worth a go. I noticed the total time varied somewhat so precise syncing seemed a fool's errand and, besides, I'm not so much interested in that as in constructing a "blurred" performance, so I just began them within 15 or so seconds of each other and am sitting back and enjoying the result. Since my stereo speakers are to the rear and the other two in front of me, I automatically get a spatial effect I don't in routine listening. Plus, it seems the events of the concert are enough out of sync that there's no real echo effect, rather gaps of 30-40 seconds between recognizable episodes. Sounds great, actually! Hard to imagine, now, listening to it otherwise. (Coincidentally, I played Terry Riley's "You're No Good" at Record Club this past week, so I have that quasi-similar experiment kicking around in the noodle as well. I was also reminded of the set Mattin did with Malfatti at Tonic a couple years back where he recorded audience sound, playing it back some minutes later, enough time having elapsed that one's recollection of a given cough or chair squeak was slightly uncertain). Just now, some 23 minutes in, Wright lets loose with four relatively clear honks; they made it from XBox to PC to stereo in about a minute, the way the discs are staggered and did, in fact, sound remarkably different in tone, richness, etc. (allowing, to be sure, for the relative deficiencies of my own playback equipment) When Wright begins (I'm assuming) jangling metal objects against his horn or within its bell, the immersive, shimmering effect is quite ticklish!
In that it's on w.m.o/r, you can readily try this yourself (or not), via free download here. I highly recommend doing so and, if you have the means, experiencing the three discs more or less at once. Very rewarding and refreshing.
Brian Olewnick 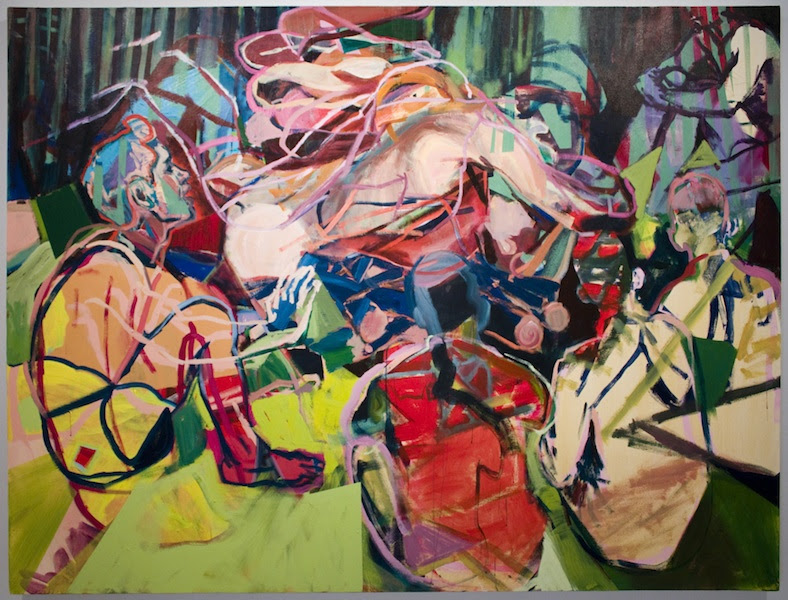