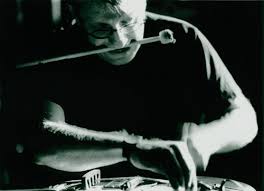 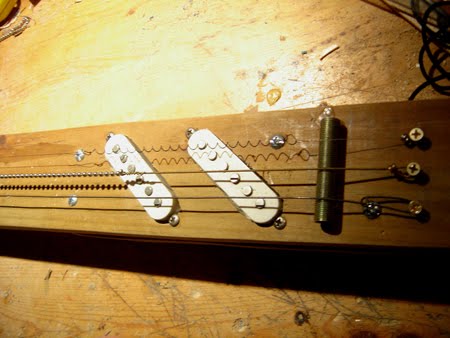 Hans Tammen currently plays an analog modular synthesizer built around chaotic behaviors, where small changes in the settings may yield widely diverging sonic and rhythmic changes, forcing the player to constantly rethink and rearrange the music.

His THIRD EYE ORCHESTRA open form compositions for large ensembles and live sound processing, or laptop/electronic ensembles, are inspired by Earle Brown’s Available Forms, and based on numerous scored “building blocks” that are constantly rearranged when performed.
His works have been presented on festivals in the US, Canada, Mexico, Russia, India, South Africa and all over Europe. He recorded on labels such as Innova, ESP-DISK, Nur/Nicht/Nur, Creative Sources, Leo Records, Potlatch, Cadence, Clang and Hybrid. 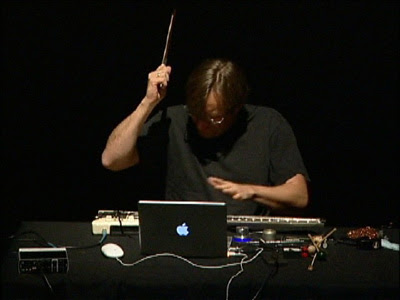 Guitar-Controlled Live Sound Processing
The Endangered Guitar is a journey through the land of unending sonic operations, an interactive hybrid between a guitar and a computer. The software “listens” to the playing, to then determine the parameters of the live sound processing.
The guitar is the sound source, but the same sound is also used to control the software. Sounds of the guitar are processed in realtime, pitch and various other parameters of the actual playing serve as control source of the processing. Additional control sources are a proximity sensor and accelerometer data from the iPhone.
Current projects sometimes use sound input from other players to be processed, but the live sound processing is still controlled by guitar sounds.