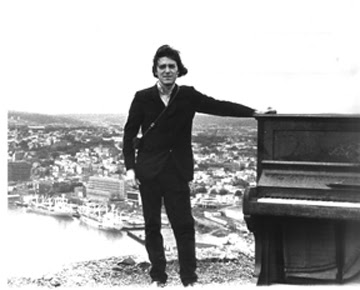 Monahan has made his mark in three independent, yet interrelated areas of creative and interpretative work:  as a pianist he has premiered and repeatedly performed works by the composers of the avant garde including John Cage, James Tenney, and Udo Kasemets;  as a composer he has created a substantial body of works exploring on one hand the acoustical quantities and qualities of the pianoforte, and on the other the issues arising from the juxtapositions of electronic media and live performance situations (his Speaker Swinging, 1982-8, for wave generators and human speaker swingers has become a classic in its own right);  as a sound artist he has invented and built sound installations combining natural forces (air, wind, water) with manmade vibrating objects (eg, 100-foot-long piano wires) in various environments ranging from museums to outdoor settings. His Long Aeolian Piano, 1984-6, has been exhibited at various locations, and one of its manifestations has a permanent location at the Holownia/Hansen farm in Jolicure, NB).

Critics have described Monahan's music as frightening, demonic, sensational, wildly romantic, visually stunning, and groundbreaking. Whatever the reactions of individual listeners and writers, Monahan's work, however virtuosic in appearance, is primarily concerned with the physical realities of both the sound-producing objects or materials as well as the body energies of the performers activating them. For instance, in his Piano Mechanics (1981-6), which won first prize in the 1984 CBC National Radio Competition for Young Composers, the performer is instructed 'to induce the piano to play like a machine... by playing as hard as one can. Sometimes the fingers may bruise and bleed as you hammer the key repeatedly.' This is one of the few works by Monahan to be written out in score. Similarly, his outdoor installation Long Aeolian Piano considers the materials of the structure - the strung-out strings and the resonating body of a piano - in an environment where their sounds materialize due to their strategic placement and the winds which activate them.

Monahan has received commissions from CBC Radio (Large Piano Magnified, 1985), the Vancouver New Music Society (This Piano Thing, 1989), and from the Dade County (Florida) Art in Public Places for the 1988 New Music America Festival (Come on Baby Ride with Me, Just Like You Did One Thousand Times Before, 1988). This last work, for automated sound broadcasts on the PA system of the public transit system, was banned by Dade County Transit after the initial run.
Whatever the sources of inspiration for Monahan - the Bay of Fundy tidal rhythms, the sonorities of a piano, the sounds of a whirlpool, or the sound systems on a subway - he probes their basic essence and transports them to a level where they can become a new revelation to the listeners.

Some of Monahan's works have been recorded, including Large Piano Magnified and Piano Mechanics on Gordon Monahan GM-001; and Speaker Swinging (1982-8) and Long Aeolian Piano (1984-5) on Gordon Monahan GM-002. Excerpts from Speaker Swinging were included in the cassette Imaginary Landscapes (Elektra Nonesuch 79235-4). Monahan has been an active contributor to Musicworks and samples of his work as a composer, performer, and commentator are included on many of its cassettes, eg, Tidal Resonance at 45° N and 64° W (Musicworks 24); the sound of 'birds and circular clock' (Musicworks 29); and a performance with Émile Benoit of Welcome to the Sea Flow Hotel: 'A Manitoba Métis and French Newfoundland Mix' for two fiddles (Musicworks 36). Monahan has produced a series of video tapes including A Magnet That Speaks Also Attracts (1986), Long Aeolian Piano (1986), Speaker Swinging (1987), and Aquaeolian Whirlpool in Northern Hemisphere Rotation (1990). 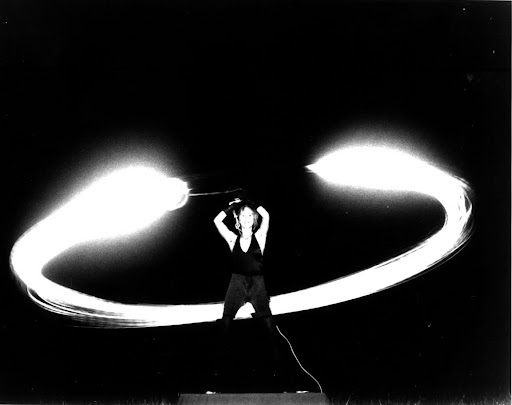 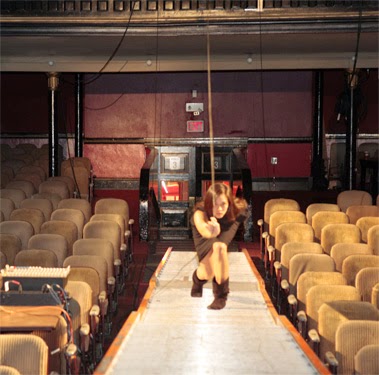 Commissioned by the City of Toronto for Nuit Blanche 2009 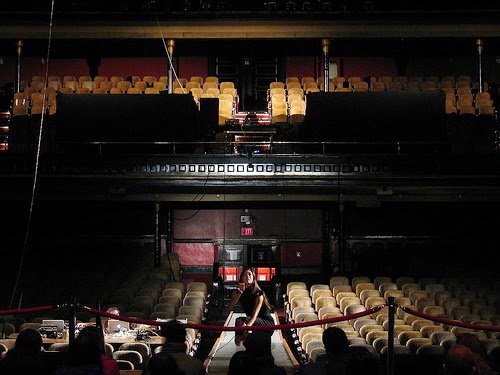 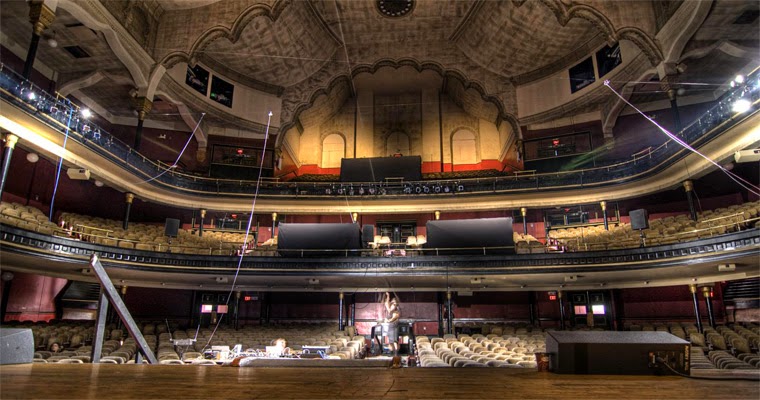 This is a twelve-hour performance that explores the acoustical aspects of an architectural space by inverting traditional staging, using the audience seating area and balconies as a performance space. From the stage, the audience views performers playing piano wires stretched across the interior of Massey Hall.

Several piano wires, each approximately thirty metres in length, are suspended from the upper balcony down to the floor, and from the rear of the stage wall to the edge of the lower balcony. Performers create changing harmonics by pulling vibrating electrical coils along the strings. These vibrations are transmitted through a surround-sound eight-channel speaker system encircling the hall. 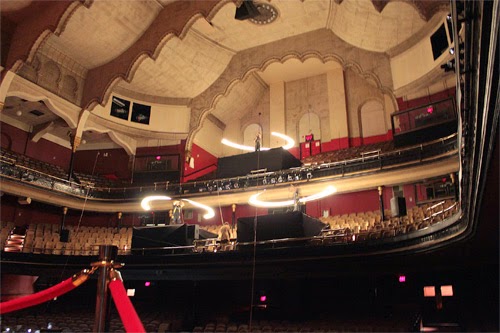 At regular intervals, a performance of Speaker Swinging takes place on the balconies. 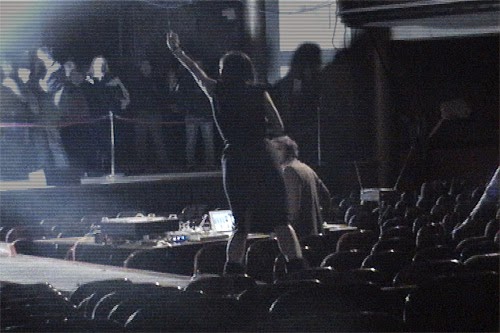 Lauren Chin performing in Gordon Monahan's 'Space Becomes the Instrument', a 12-hour performance at Massey Hall in Toronto as part of Nuit Blanche 2009. In this excerpt, the performer plays an amplified long piano wire by dragging a vibrating electric motor along the wire. The staging is reversed, so that the audience watches from the stage and the performers perform from the seating area.