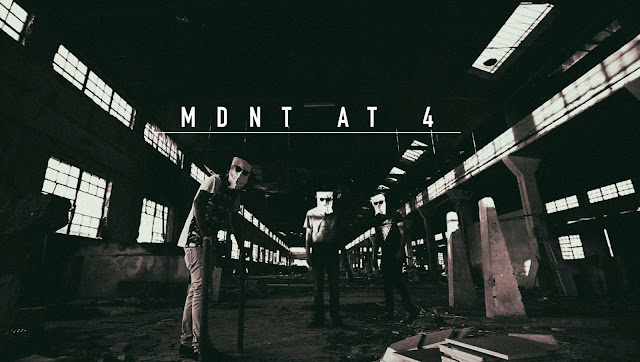 Midnight at Four is an audio-visual project. A trio ranging from ambient to electronics, from noise to techno, low volumes, distortion and reverb. The idea was born from Leonardo Ruvolo (electronic and synth) with Giuseppe Calamia (prepared guitar, radio, distortion) and Dario di Liberti (videomakers and video editing live).

During the Festival Nuove Impressioni in Alcamo, and the closing concert of Giionata Mirai by Teatro degli orrori in Palermo. They continued to perform on several occasions again nuove impressioni winter fest secrec live, with songwriter electroacoustic Sicilian (CT) Mapuche.

The group took stability, they released few demos on bandcamp and soundcloud registered with technical Lo-fi, are working on an EP. Inspired by the surrealism of the current group it is named after a memo from Robert Desnos ever shot on film and never published.

The theme is surrealism, indefatigable "midnight at 4" lets imagine the hypothesis of a possible or never happened crime, murder or involuntary gesture by operating a temporary reversal and a shift towards territories of nonconscious.