The Selk'nam, also known as the Onawo or Ona people, were an indigenous people in the Patagonian region of southern Argentina and Chile, including the Tierra del Fuego islands. They were one of the last aboriginal groups in South America to be encountered by ethnic Europeans or Westerners in the late 19th century. With the discovery of gold and expansion of sheep farming, the Argentine and Chilean governments began efforts to explore and integrate Tierra del Fuego (the "land of fire", named by early European explorers observing smoke from Selk'nam fires) into their cultures.

While the Selk'nam are closely associated with habitation of the northeastern area of Tierra del Fuego, they are believed to have originated on the mainland, and migrated thousands of years ago by canoe across the Strait of Magellan. Their territory in the early Holocene probably ranged as far as the Cerro Benitez area of the Cerro Toro mountain range in Chile. "The bricoleur, says Levi-Strauss, is someone who uses ‘the means at hand,’ that is, the instruments he finds at his disposition around him, those which are already there, which had not been especially conceived with an eye to the operation for which they are to be used and to which one tries by trial and error to adapt them, not hesitating to change them whenever it appears necessary, or to try several of them at once, even if their form and their origin are heterogenous – and so forth. There is therefor a critique of language in the form of bricolage, and it has even been said that bricolage is critical language itself…If one calls bricolage the necessity of borrowing one’s concepts from the text of a heritage which is more or less coherent or ruined, it must be said that every discourse is bricoleur." "… understanding consists in reducing one type of reality to another.”
Claude Levi-Straus

“From time to time, too, and for the space of two or three paces, an image or an echo would rise up from the recesses of time: in the little streets of the beaters of silver and gold, for instance, there was a clear, unhurried tinkling, as if a djinn with a thousand arms was absent-mindedly practising on a xylophone.”
― Claude Lévi-Strauss, Tristes Tropiques “For mile after mile the same melodic phrase rose up in my memory. I simply couldn’t get free of it. Each time it had a new fascination for me. Initially imprecise in outline, it seemed to become more and more intricately woven, as if to conceal from the listener how eventually it would end. This weaving and re-weaving became so complicated that one wondered how it could possibly be unravelled; and then suddenly one note would resolve the whole problem, and the solution would seem yet more audacious than the procedures which had preceded, called for, and made possible its arrival; when it was heard, all that had gone before took on a new meaning, and the quest, which had seemed arbitrary, was seen to have prepared the way for this undreamed-of solution.”

"To hell with reality! I want to die in music, not in reason or in prose. People don't deserve the restraint we show by not going into delirium in front of them. To hell with them!" 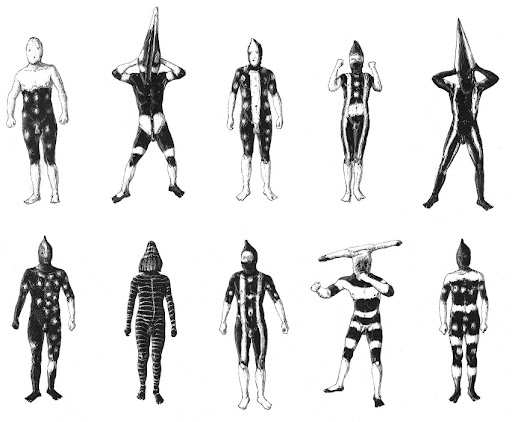