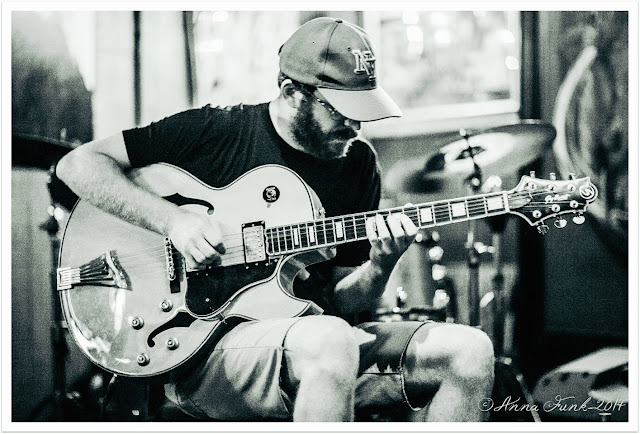 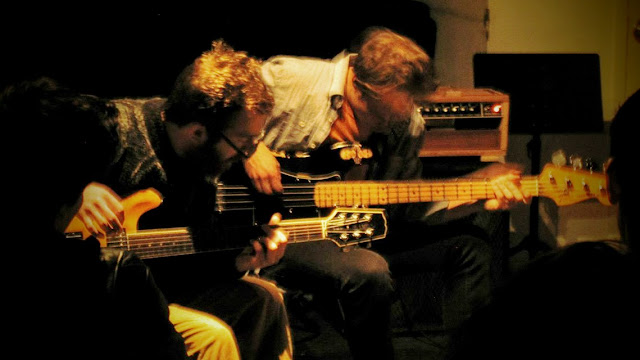 
Some of the projects he's been involded are, in some what chronological order: Outtents, with Daniel Rovin, Austin White, Anders Zelinski ; Elliott Sharp, 12 Guitars Play Syndakit at the Stone in 2008; Daniel Rovin / Zachary Pruitt (hiatus); Astroman, with Paul Wheeler, Justin Veloso, Daniel Rovin, Austin White; From D to Z with Dave Scanlon; Buck/Pruitt, with Dean Buck; and the collective dadaist work of J-Zee-Sushi Car, a group experience with Justin Veloso, Derek Leslie. In 2010  started with Harrison Weiss The Freedom Garden in a house; in Bushwick Brooklyn. Over a three year period it has hosted over 100 free minded shows. 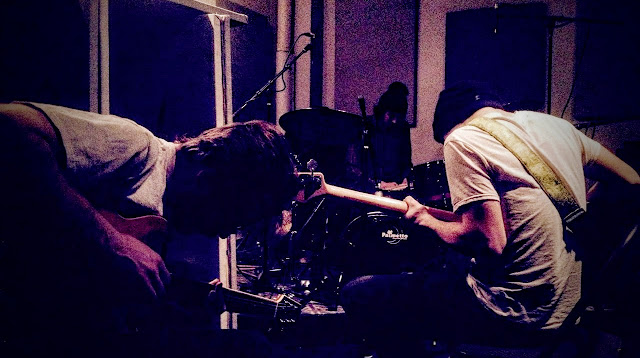 My first "tape" was boys to men I believe....
My last LP was Night Music by George Crumb...In a way that pretty much sums me up.

I expect music to function as a kind of agnostic church.

I'm surprised by my somewhat new interest in country music. Country/Americana/Blues has informed my playing/compositions very much recently. Including a interpretation of Your Cheating Heart by Hank Williams, and the formation of FlopWash Blues Band.

Technique is a tool that helps to express yourself musically,as a performer/composer how much technique one needs is according to the goal of the music. Personally I don't have any immediate technique goals other than to practice slide guitar and to be better at interpreting piano sheet music. But I find practicing my instrument meditative and do it as much as possible.

The challenge of today's digital music scene is learning the techniques of self promotion on the internet. The benefits are that you have immediate access to any reference material and can easily produce a product. A lot of artist harp on this. I prefer to adapt and get on with it rather than be a stick in the mud. With that said I need to learn a computer MUCH better than I do now to be successful. But at this moment I want to get the music right not the computer screen. I'm 27 years old and its time for me to play shows and write music, not google myself all day.

Define the sound you're still looking for?

In my compositions I'm looking for a deep, dark, and simple sound. Something transtemporal, so that if you heard it you wouldn't know if it was written a thousand years ago or yesterday. In my guitar I want to hear America, from Ives to Wes Montgomery.

My best musical experience to date was starting and running the DIY music space The Freedom Garden with my best friends Harrison Weiss, and Justin Veloso in Bushwick Brooklyn. The Freedom Garden is now a production company/record label. 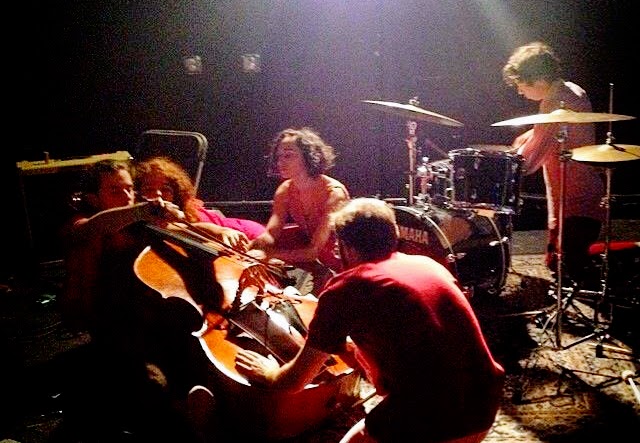 Created in 2010 in the heart of the Bushwick Brooklyn music scene, J-Zee Sushi Car is a performance arts project as much as a music group. A free improvisation/noise rock band that uses any medium necessary to make bold, original, and sometimes harsh statements about the world we live in. J-Zee Sushi Car’s live performances are 20 to 30 minute sets of music and movement that are based on the four postulates of improvisation: imitation, call and response, counterpoint, and simultaneity; a total theory of improvisation that explains the evolution of music from the beginning.

These postulates or rules are then filtered through a lens of noise rock, punk, and free improvisation. J-Zee Sushi Car’s debut album is testament to all the hard work and innovation that went into rehearsing and playing shows at venues like The Freedom Garden, Big Snow Buffalo Lodge, and The Stone. J-Zee Sushi Car sometimes performs with guitarist Ron Anderson, and saxophonist Daniel Carter.
A heavy hitting drum kit, an electric bass with electronics, a distorted electric guitar with implements, Yamaha soprano recorder, Gabriel’s horn, lots of shakers, and a butt load of extended technique.

Steve Watson from the Fine Arts Center in Greenville South Carolina was showing us the diminished scale one day in my jazz guitar class (a scale I happen to love now), and I sneered up my 14 year old face and said "That sounds weird!". Steve then responded with "just because its weird doesn't make it bad! You just aint hip yet!"...The second experience I'll always remember was being in Armen Donelian's ensemble class at the Newschool for Jazz and contemporary music. I'm not sure how it came up but I made the comment "I'm more interested in sound/noise than music"; Armen looked at me and said "Well why the fuck are you in music school then?"

I thought about that really hard and decided I wasn't ready to get rid of kitchen sink. Armen is a very conservative player/composer in some respects. But he is a teacher that wants ALL of his students to have the best foundation possible. Much of music is subjective and Armen is interested in giving you the best objective education that money can buy. My Newschool education was worth the money(maybe) because of the friends and colleagues that I met and the interactions with three teachers in particular: Armen Donelian (took most of his classes) for his shear honesty concerning the technical side of playing/composing, Gerry Hemingway (I took all of his classes) I learned so much I cant even begin to explain what he did for me, and Vic Juris for showing me how to play guitar/changes.

At the Newschool you have to study with a private teacher as well as all your classes...I studied with Vic Juris for one year. The remaining three years I studied with Elliott Sharp. Elliott taught me how to play and practice every sort of extended technique possible and gave me the theoretical tools to come up with more. The last two years of studying with Elliott we pretty much did the same thing once a week; Improvise for about 20 minutes then talk about it, then look at scores and listen to music for about 45 mins. I also did my required Newschool internship with Elliott at his recording studio on east 7th and ave B in Manhattan.In that studio I learned the two most important things for any modern musician: work hard and don't expect anybody to do anything for you.

I love the Metropolitan Museum here in NYC and have probably been 200 times over the past 10 years. My relationship to visual art is very important to me; I feel that by studying/enjoying any medium of art that is not your own is the best way to get down to the real questions and move beyond the technical. What the questions are will change(as they should). The most important thing is you ask yourself the questions. I am most moved by visual art and literature. Dance, fashion, culinary, architecture ect. are very important to me but I haven't been as exposed... My three favorite painters are El Greco, Francis Bacon, and Willem De Kooning. My three favorite writers are William Faulkner, Franz Kafka, and Ernest Hemingway. I have dabbled with painting and writing but haven't given it any "real" time compared to the hours put into the practice and study of music.

Being a "real" musician (artist) isn't really a job (not to be confused with entertainer which sums up most pop "Musicians"). Its more of a way of dealing with the world around you.I like that most about it, of course its hard to turn it off sometimes and that leads to failed relationships and self medication.

Right now I am working on FlopWash blues band.Would like to record an album with "FlopWash" and go on tour in a year, our first show is at palisades in Bushwick Nyc on jan 27th 2015. Coming out with a new solo album on February 26th 2015 at Panalopy Lab in Williamsburg Nyc. J-Zee Sushi Car will be recording a new album in march 2015. West Coast tour with Sushi Car in May/June 2015.