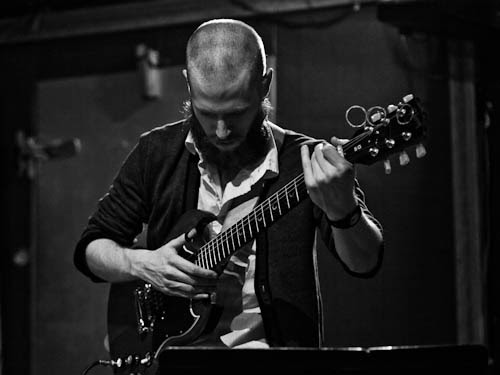 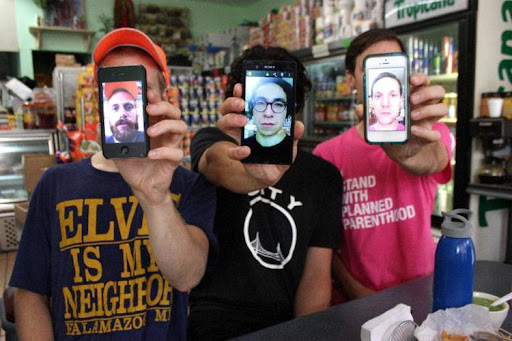 Since forming in 2008, JOBS has quickly established itself as one of the most exciting new forces within the thriving experimental music scene in Brooklyn. Comprised of drummer Max Jaffe, bassist Rob Lundberg, and guitarist Dave Scanlon, the group (formerly known as Killer Bob) has set itself apart with its charged performances - dripping with intensity and wild spontaneity. Integrating blasts of industrial noise with mechanically precise rhythms and pop structures, killer Bob sings showcases the band's influences by way of their virtuosity. Vocals lay over ominously precise guitar work and percussive textures that range from the unhealthily organic to the speechlessly robotic. Distorted grooves pull themselves out of these structures.

Pet Bottle Ningen are Dave Scanlon on guitar, Dave Miller, drums and Nonoko Yoshida on sax. An avant-garde band formed New York City in 2009. They have played at various locations in the United States, particularly in New York, such as John Zorn's The Stone, and have also toured internationally, particularly Tokyo.

Their self-titled album was released in the Tzadik Spotlight series. Deli Magazine describes them as "Exactly what a hardcore vegan, hot-shit jazz drummer, and Japanese child prodigy should sound like: intense, marginalized, replete with comedic moments of the socially dubious kind, a damn entertaining road trip. " 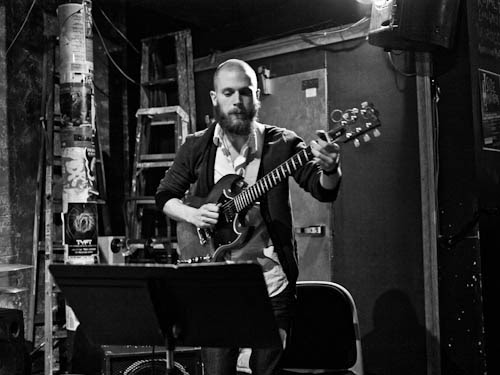 As a soloist Dave Scanlon performs and writes music which ranges from "brutal" electric guitar music to freak-folk. He also plays guitar in the band Leverage Models and in duo with Zachary Pruitt.  He studied with Elliott Sharp, Vic Juris, John Wunsch, and Gerry Hemingway.

The biggest change that has happened in recent years came from the band Leverage Models and its mastermind, Shannon Fields. I began performing/touring with Leverage Models just before their self-titled record was released. While in Leverage Models, I needed to throw away all of my musical hang ups; I was forced to learn a new approach to playing guitar which is most likely very comfortable for other guitarists, but was new and challenging to me, as I am not as versed in Pop music as other guitarists. Since that time, so much has changed. As a guitarist I have a more precise ear for timbre. As a composer, I don't think I can put into words exactly what has changed since working with Shannon Fields, but I do think that my ears work differently.

------ What is your relationship with other art disciplines?

I would say I spend just as much time working with words as I do with sounds; however, working with words feels much different. For me, words often feel very concrete. For example, with the word 'table,' there is an object and meaning previously attached to it. Music does not feel this way. Yes, it is true that if you hear a trombone you connect it with the object 'the trombone,' but the music seems to live outside of the actual instrument. Due to these attached meaning, working with words can be very slow-going for me and takes a lot of time and elbow grease.

------Where are your roots? What are your secret influences?

My roots are in Nirvana and Rage Against the Machine. That music was pretty much how I learned to play guitar.

My secret influence would be quilting. I really like the tradition behind it and I think it shares a lot of similarities with music. Quilting has so many historical patterns and rules you can work with or work against. I find it highly rhythmic. I also love how utilitarian an art form it is.

------What quality do you most empathize in a musician?

hmm I do not know what qualities I empathize with, however, I admire composers with sustained commitment to creating new works. I am always in awe of John Zorn's output and how committed Philip Glass is to his concepts and aesthetic.

------ Which living or dead artist would you like to collaborate with?

Wow, well I would love to work with Bjork in some capacity! Her work is always perfect.


------ What is some valuable advice that someone has given to you in the past?

Once in a lesson John Hollenbeck told me to try and always change the tools that I use to compose in order to avoid falling into repetitive habits. I have minimal tools but that statement has helped me to remember to continuously change how I approach a new piece and a blank page.

I have very little space in which to work, which -- for better or worse -- ends up as a major constraint in my music. I almost exclusively use a small casio MT-100, staff paper, music notation software, a guitar, and my voice.

------ What is the most recent musical experience that has attracted your attention?

In March 2015 I was on tour with JOBS and we almost exclusively listened to Kendrick Lamar's "To Pimp a Butterfly". It is a truly amazing record. Since hearing it I have been working on finding what aspects of Kendrick Lamar's music attract me most and trying to work with some of those concepts.

------ What projects are you working on now and what does the future hold?

Both JOBS and Girls & God remain quite busy. JOBS released a new record, "killer BOB sings", on June 30 2015 and the three of us are working together and separately in order to write a follow up record. In regards to Girls and God, I am always working on new "songs" and solo guitar music. In February 2015 Girls and God released a new record, "You are copper greening in open air". I have two solo guitar records completely finished but I have not figured out a way to release them into the world.

For years it has been:

At the moment I am trying to learn piano. I have been working on that a little each day.

Recently, when preparing for the release of JOBS "killer BOB sings," I listened to our previous release, "Fear May Be a Builder." (Fear May Be a Builder was released under the name killer BOB. We changed our name to JOBS in the winter of 2015.) After releasing "Fear May be a Builder," I began to think that the music was too academic and that the record wasn't listenable. However, when I returned to it and heard the music again, I was very surprised by how fresh it still sounded. The previous release is certainly extremely different from JOBS "killer BOB sings," (for example there are no vocals and there are lots of woodwinds), but I still really believe in the music we previously made as a band under the name killer BOB, and I also feel that the spirit of the music has remained the same.

Well, they are all quite crazy in their own way… If you are just looking at which band is most bizarre, it is probably Pet Bottle Ningen, a quartet with Nonoko Yoshida, Dave Miller, Chuck Bettis, and me. I think we have done a lot to look critically at how saxophone, drums, electronics, and guitar can work together.

------ Tell me one impossible project you would like to realize?

I have always wanted to write a piece of music where my mom, my two sisters, and my dad were the performers. They have zero musical training but I would love to work with that constraint. I have tried a couple of times to give the piece a go, but they were all false-starts. 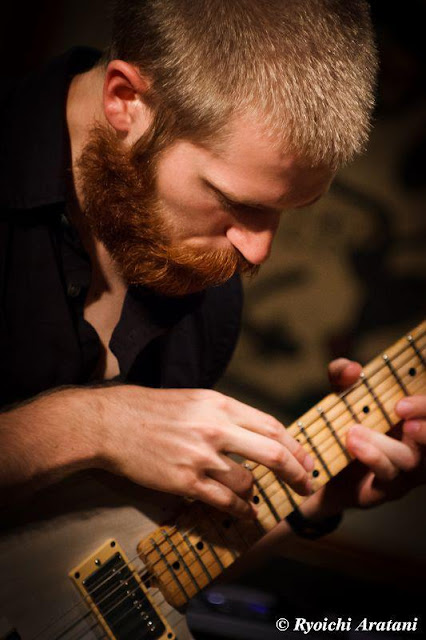