"Staying True to a Truly Esoteric Mission" by Alex Ross 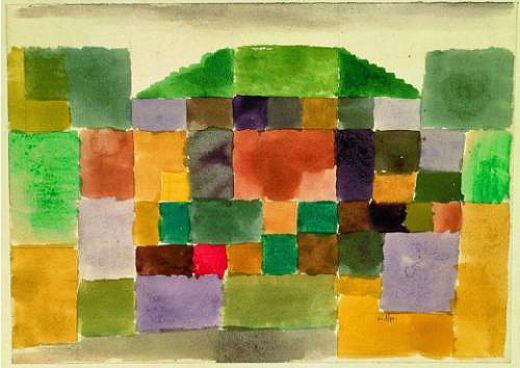 The fringes of avant-garde experimentation are said to be a zone where trends burn bright and then vanish. The nearly 30-year career of AMM, a British improvisational group that has been on a rare American tour the last few weeks, shows otherwise. Rooted in free jazz, AMM first drew international notice on account of its association with Cornelius Cardew, one of the wild innovators of European composition in the 1960's and 70's. Its extraordinary first album ("AMM Music," now reissued on ReR Records) came out on Elektra, with production help from associates of Pink Floyd. Through various changes of personnel, the group has stuck to its esoteric avant-garde mission.

The core members remain Eddie Prévost, a drummer of extraordinary energy and inventiveness, and Keith Rowe, who draws unearthly sounds from an electric guitar laid out on a table. Their set on Tuesday night at Context Studios on the Lower East Side lasted about an hour; it ranged from minimal whispers of timbre to grinding, buzzing onslaughts. Mr. Rowe bent over the vibrating corpse of his guitar, manipulating metal implements and electronic gizmos. His favorite trick is to bring a transistor in proximity to the strings so that random radio transmissions show up like aural ghosts. Since Cardew's withdrawal from the group in the mid-seventies, the pianist has been John Tilbury, who seems to draw inspiration from sources as various as Cage, Feldman and Cecil Taylor.
There were sounds that came from absolutely nowhere; audience members in the back bobbed up and down, trying to figure out what was going on. Why the strains of a Bach cello suite seemed to float in from another room at the very end was a mystery best left unexamined. AMM has the rare power to inspire awe.
Publicado por Miguel Copon en 10:33 PM