Wilkanowski was born in Poland in 1886. By the age of 17 he was a trained violin maker. After going to the United States, he worked in the shops of Ditson (Boston) and Fred Gretsch (New York City).

He was listed as a violin maker in Brooklyn by 1933, although at least one violin made in Brooklyn dates to 1924. From 1937 to 1941, he worked in both an era and a location renowned for the jazz guitar. Gretsch offered Wilkanowski's work in a 1940 flyer with the text "his own personal work…no other hand touches them." His violins were offered from $50–150.

Wilkanowski is thought to have produced 5,000 violins and 100 violas by 1942. [1] Some of the higher quality violins were marked with a W inlay; these instruments are thought to be entirely of his own making, while many of the others were made in the shops with assistants. The Gretsch Company released the Synchromatic line during the early 40’s also, which were also archtop guitars, but shared no other similarities with Wilkanowski guitars. His role in the Synchromatic is not known.

Although known for his violins, Wilkanowski also produced a limited number of archtop guitars. By 1942 he had sold 30 of these instruments, each unique in appointments and features, at $400 each. This price was in line with what was being charged for a D’Angelico New Yorker, or a Gibson Guitar Corporation Super 400. There is no evidence of instruments made by Wilkanowski after 1943. 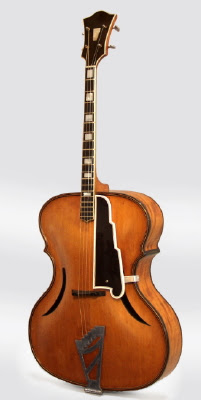 Features of his instruments

Most of the Wilkanowski guitars adhere to a standard shape. A few guitars do not adhere to the cello shape, but rather a more conventional archtop shape, without the cello-like points above the waist. The Wilkanowski headstock is thought to have been the main influence in the headstock for the current Ovation Guitar. The flattened oval was the standard shape on most guitars, although some featured a violin like scroll.

The backs of most were one piece of flamed maple (actually, the wood is often Po Valley Poplar, a figured cello tonewood that can resemble maple.)[citation needed] with no center joint. The finishing techniques included very light stain, or a violin color finish, and light sealer. The multiple layer binding was wooden, something fairly innovative at the time, and was raised above the level of the top and back plates. 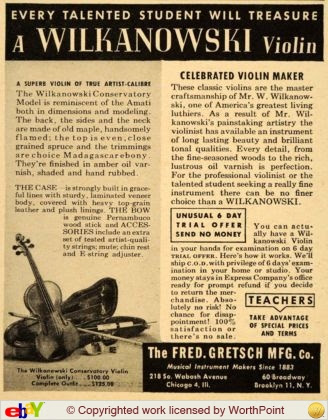 The f holes varied by instrument, standard shape, segmented, and later more modern cutouts appeared. Some of the Instruments displayed the name AIRWAY, some had a W on the headstock, and some remained unbranded. 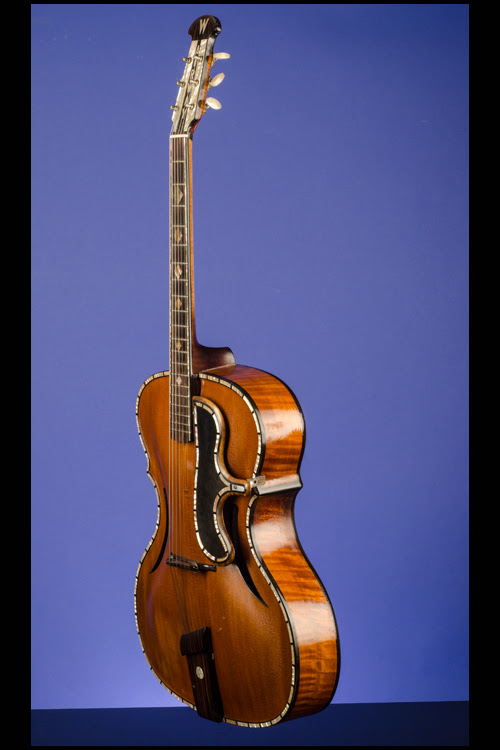 Some of the guitars carry serial numbers, a signature, or a label. Several are labeled Wilkanowski and Son, although nothing is known of the son's responsibility. One bearing this label was sold at the Johnny Cash estate auction by Sotheby's in 2004.