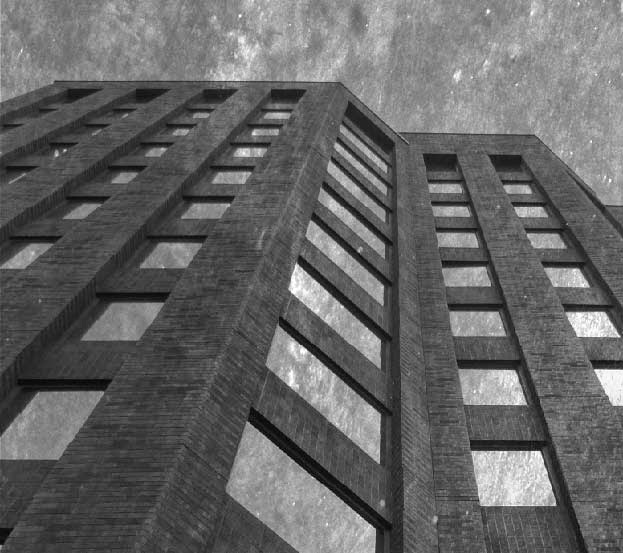 A.F. Jones (Dallas, TX, 1971) is an undersea acoustician and audio engineer. Years of extended exposure to and interaction with the undersea soundscape and the critical, professional analysis of that environment greatly influenced his concepts of music. This career has found translation to growing work as a sound artist and composer. His primary instrumentation are stringed instruments and analog devices, both hand-crafted and found.


In addition to composition and performance, Jones records and works from his studio in San Diego, California, Laminal Audio. Recent material includes a compendium of composed and improvised solo recordings, "rearward through forgottenness" (2009-2013), and the upcoming "Entropy Is What the State Makes Of It" (2014), which documents new music from Steerage, his duo project with guitarist Barry Chabala. As an engineer, recent contributions to experimental music include Gil Sansón's "Ese maldito yo/Pensamiento en su ocaso" on the Lengua de Lava record label, and Nick Hoffman's "Necropolis" (Organized Music From Thessaloniki). 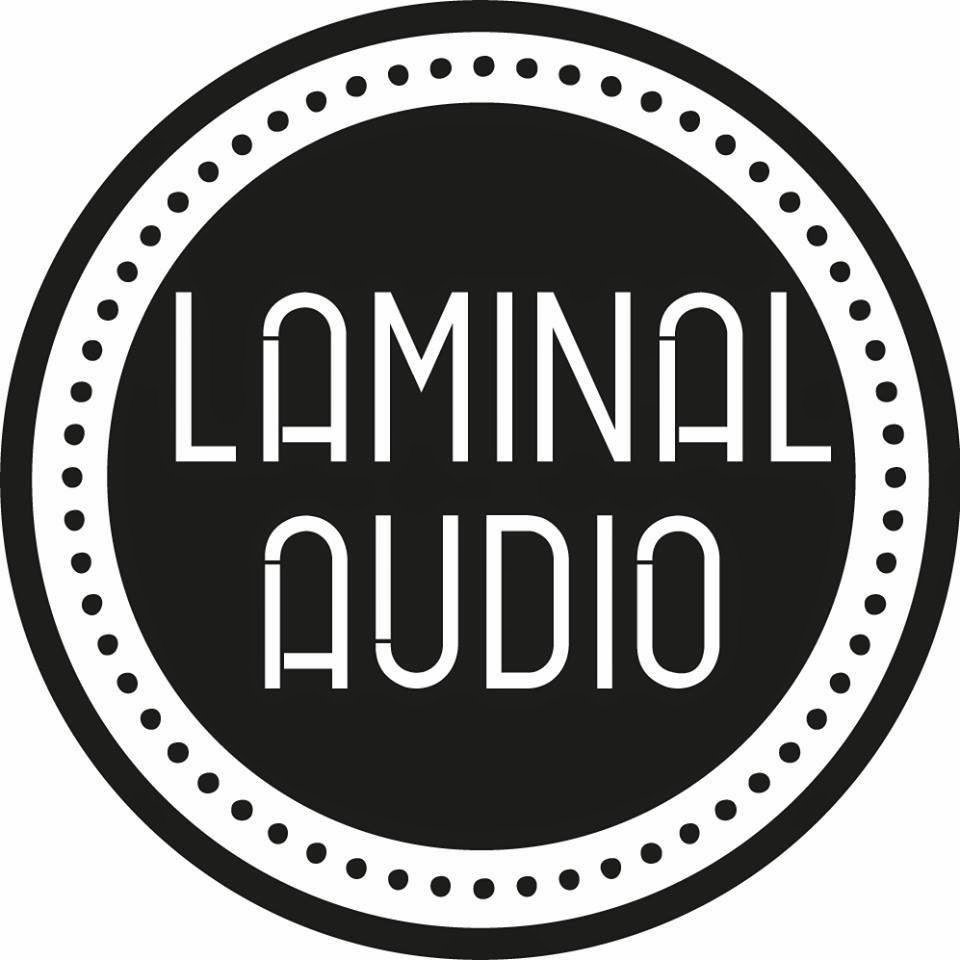 rearward through forgottenness is the debut solo effort from A.F. Jones, a compendium of compositions and experimental improvisations from 2009 to 2013. A professional undersea acoustician, Jones' music emphasizes structural components such as timbre, tone, or attack over form.
Exploiting the elements and phenomena related to the physics of sound, he surveys the immediacy of emotional stimuli that can result from choices determined in situ, in performance and in recordings. In doing so, Jones' work also explores the creation of chance psychoacoustic episodes for the listener/observer, such as the production of binaural beats using bass frequencies, or the tritone paradox, precipitated through the slow construction of acoustic conditions and select tones. 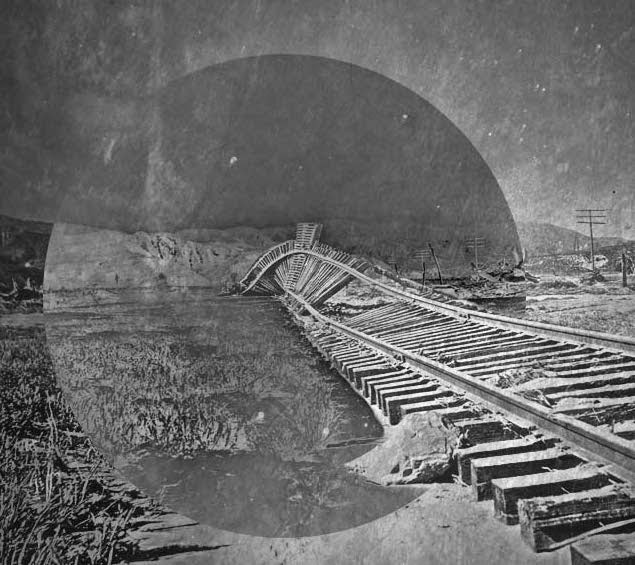 rearward through forgottenness was mixed and mastered by Jones, with liner notes from Joe Milazzo and artwork by Sean Jewell. 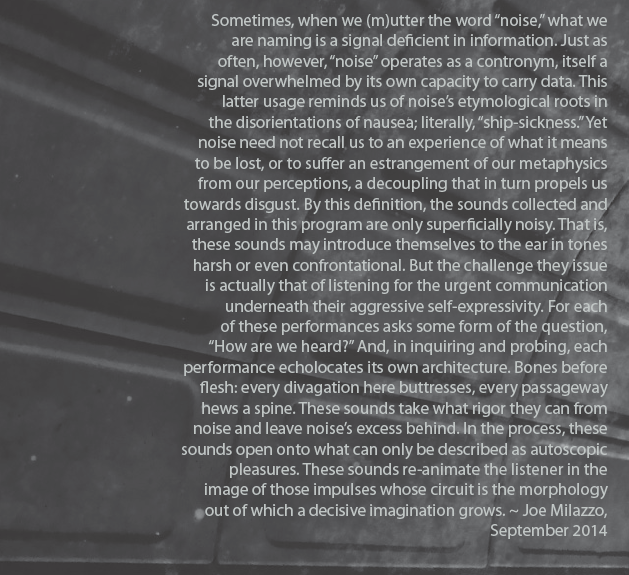 This phenomenon can also be brieﬂy encountered in the title track. This ﬁrst recorded realization of X Malfeasant originally appeared on Alastair Wilson’s Admirable Restraint holiday compilation in 2013. 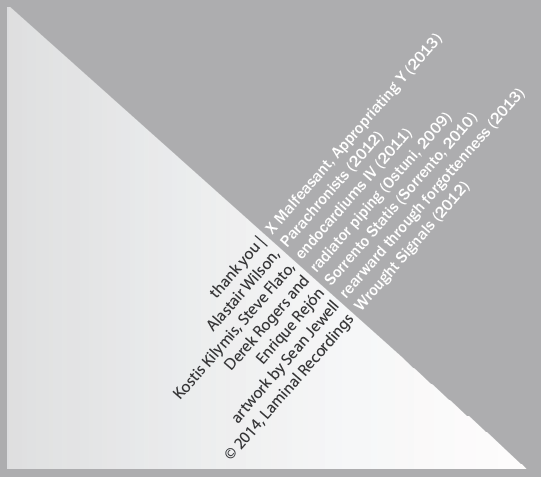 "X Malfeasant, Appropriating Y" is a composition for two feedbacking instruments. This recording utilized a guitar and a signal generator for that purpose. The primary intent of the work is a disciplined exploration of an acoustic space. To achieve this, the piece was performed in a large, empty Episcopal church, with local and room mics capturing the sound.
In the composition's prelude, varied adjustments to the signals are required to 1) shift oscillations in feedback over time, and 2) for the pleasantry of tonality changes.


This is followed by two movements:

I.) using binaural (in this case) or other microphones, capture the sounds of the entire room by moving around the space, as the feedback drones and evolves relative to distance. Here, a walkabout into the belfry can be heard, where one hears the sound become more distant and new reflections are captured. Returning to the main space, the primary local and room microphones again take over.

II.) emulate the pulses of the feedback with an instrument of choice. Here, a low tom drum was pre-staged in the middle of the church. It is interesting to hear the drum compete with the feedback that resides in the same frequency spectrum. The feedback strongly returns after the final blow and departure of the drum.

The performer(s) may use as much time as necessary to capture the intent of the two movements and also of the prelude. 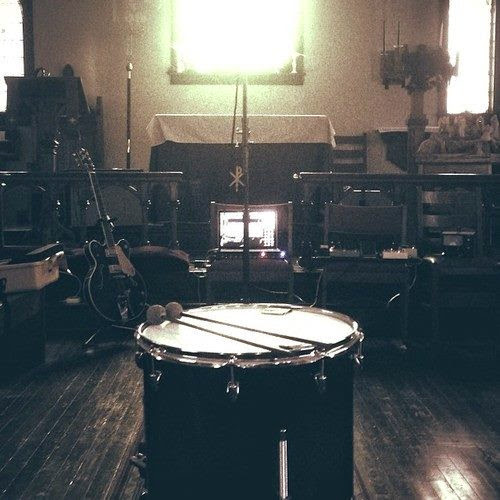 Some recent works in Laminal Audio