An Interview with Jerry Jerome


The following interview with tenor sax veteran Jerry Jerome was conducted by guitarist and Charlie
Christian researcher Kevin Centlivre in 1993. As a key member of the Benny Goodman Orchestra from 1938 to June 1940, Jerome witnessed the introduction and meteoric rise of the young electric guitarist from Oklahoma. Jerome's amazing extended jam with Charlie at the Breakfast Club in Minneapolis on 24 September 1939, recorded by an amateur enthusiast, has achieved legendary status.

KC: How was it, working for Goodman?
JJ: I loved it. 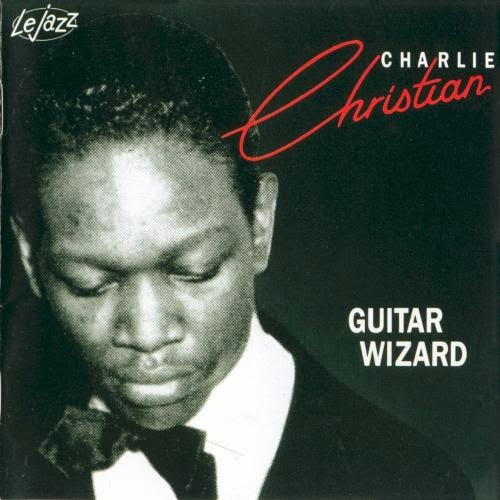 KC: How was the money?
JJ: The money couldn't be better. The best money that I made was with Benny, with the big band. I don't know the exact specifics of how much money I made, but when you put together the Camel program and RCA recordings and the transcripts, it got to be a pretty damned good salary.

KC: I had one that I found at a garage sale once. It was Spring Song. You were on that one.
JJ: Yeah.

KC: As a matter of fact, you were the first I ever heard. A friend of mine played me "I Got Rhythm" and "Tea for Two," and that blew me away. I put the guitar in the closet and I quit. I gave up.
JJ: Oh that was some session.

KC: I still try to learn that line on "Tea for Two."
JJ: Well, I'll tell you, I think there's something wrong with the way they...I think they edited that thing.

KC: They did the "I Got Rhythm." They tore that up.
JJ: Yeah, some things that I remember seem to me a little different. I think they did it for time or
something like that.

KC: I think at the time they didn't really realize that the music is more important than the player.
JJ: Well, they're getting around to doing that now -- that it's more important.
15 cents a shot...

KC: Now, Charles played guitar with the orchestra for a while.
JJ: Not when I was in the band. KC: That was after you'd left?
JJ: Yeah.

KC: Did Charlie ever express any musical desires or dreams or ideas that he'd like to do?
JJ: No. I got the total feeling that he was very content with life, just playing guitar, and with Benny. He loved it.

KC: Did he ever tell you who he liked? Django, or Louis Armstrong?
JJ: Lester Young.

KC: Did you ever cross paths with Jimmy Blanton?
JJ: No, I didn't.

KC: Minton's, in New York. When did that start?
JJ: Well, I don't know too much about Minton's because I never bothered going. I went there a few
times, but I wasn't one of the steadies because I would find the jams on 52nd Street.

KC: There were other jams going on?
JJ: Oh yes, and much closer to home.

KC: Was the music really new, or was that just what was going on?
JJ: The only thing new was bebop. 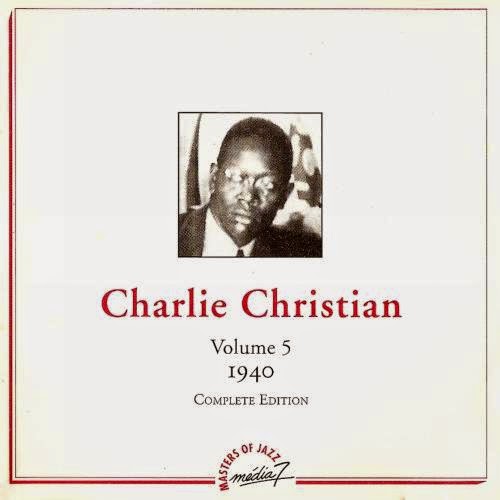 KC: What do you think Charles' contribution was to that? I listen to a lot of jazz records. I have a hard time finding a lot of difference between Charlie and Charlie Parker.
JJ: You find that he's very much alike?

KC: Oh yeah.
JJ: Well you're not necessarily off-base on that, because I think even Lester was in that same area of
chord invention. You know, getting away from the standard blues chords.

KC: Do you think that the war overshadowed any contributions made by anybody around that time?
JJ: It could've. Oh, it certainly did with Lester Young.

KC: What kind of hangouts were there in New York?
JJ: Kelly's Bay. The 52nd Street joints were a hangout. White Rose Bar was very popular -- drinks were only 15 cents a shot and you could eat food for nothing. That was very popular. 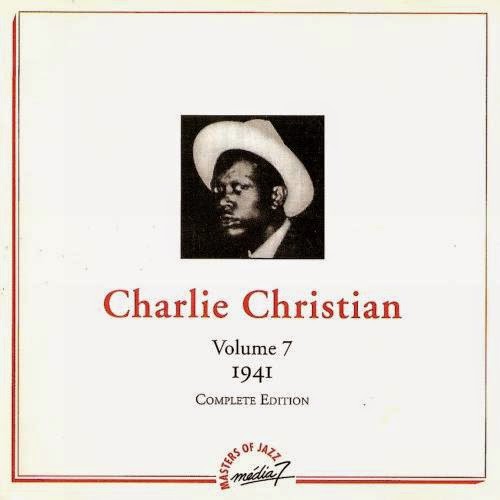 KC: How was Charlie received in these places?
JJ: Oh, with open arms. You have to understand that 52nd Street in those times was quite bohemian.
They'd never tell a black guy he couldn't get in there. They'd always serve him, because it was a mixture of black and white. But that was the only true place I know...those kind of places, musicians' hangouts, were geared primarily to accepting white, black, brown, green, whatever. They wanted to make a living.
They had no [prejudice], and if you did they didn't want your business if you felt that way.

KC: And how were the girls? Were the groupies about the same as they were in the Roxy?
JJ: Oh absolutely. They'd go for a guy and they'd go crazy about him. We had them all over the place.
Honest.

KC: There were no rivalries as far as you could tell between anyone in the band? Any jealousies?
JJ: Yeah, sure there were jealousies. Like anything else, you know? Usually if one guy was sort of the
designated hot player the guy that was not the hot player would be resenting the hot player playing his solos, so he'd be mad at the leader and mad at the guy playing the solos. I was very happy because I was the solo player then. Benny gave me an awful lot to play, and the only time I didn't get to play was when we had short shows, because of timing. Like the Camel program, Benny would probably take my solos because he'd have to get in tunes, and talk and stuff like that.

KC: How many records did you make overall with the band?
JJ: With Benny? I don't know the actual numbers, but I did record with him from October '38 to June
'40. I did all the stuff in there. Most of it was RCA and a lot of it was Columbia. But I don't know how many. I could never keep track of it.

KC: Where did you live when in New York?
JJ: In apartments. We rented an apartment. Or wherever we were we'd rent. A hotel....

KC: How long would you be up there at a time?
JJ: In New York? Well, if we stayed in the Waldorf it would be for the winter. We'd go in for a season.
If we had go out to California we'd go for six weeks or two months.

KC: Did you fly or take a bus?
JJ: No, we'd fly out, or take a train. If we took a train we'd stop and play a gig on the way up. But with Benny we basically travelled by train, and bus if we couldn't get to the gig. If it was just a long haul we'd go by plane.
He had a perpetual smile on his face...

KC: Just a few more things. Did Charlie pay particular attention to the way he dressed?
JJ: Yeah, he was an immaculate dresser.

KC: His brother told a story that once he caught him putting his shoes on standing on the bed because he said didn't want to get his shoes dirty.
JJ: [Laughs] I know he was immaculate. I didn't know it was to that extreme. But he really was an
immaculate dresser.

KC: Did he ever show signs of being sick when you knew him?
JJ: No. The time I knew Charlie he played baseball. He was in great shape.

KC: You said he smoked a lot of pot, though. How much? All the time?
JJ: Well, I never watched him, but I know he had a perpetual smile on his face. It looked like a pot
smile, you know.

KC: And you never did that?
JJ: Nah, I just drank.

KC: How much would Charles drink?
JJ: Charlie? I don't know. He didn't drink much. I'd say he was more of a social drinker.

KC: There were no other drugs?
JJ: No. I'm sure not. In our day I think marijuana was just about as wild as you'd get.

KC: And where would you have to get that?
JJ: I don't know. Guys always found a connection somewhere. Groupies'd come around and say, "Hey, I know where we can get some shit." No matter where we'd go you'd always find people that would seek out the guys in the band and say, "Suck! We're smokers." They'd say, "Hey, I know where you can get some good suck," and they'd get it.

KC: How about the best job? Anything memorable?
JJ: Any great job? I don't remember anything of that, because every gig with Benny was great.

KC: There a record that's put out by Jazz Archives and it's some live remote recordings. Have you heard that one?
JJ: No.

KC: Well, you can hear people screaming. Were a lot of gigs like that? Were the kids just nuts?
JJ: Oh, absolutely. There would be very little dancing, mostly just listening and reacting. That's true. 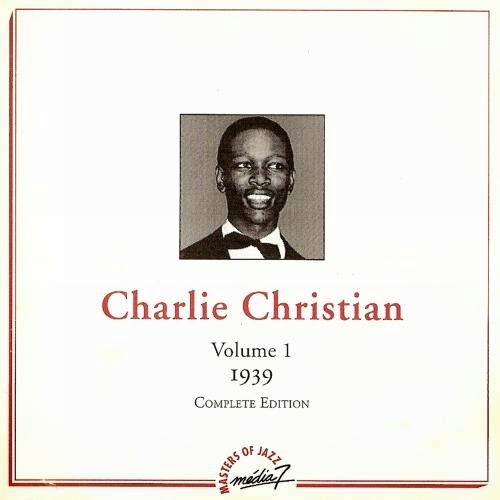 KC: You can hear them yelling at Charlie even. They're yelling, "Go, Charlie, go!"
JJ: Just like the Beatles.

KC: Would Charlie play with the orchestra when you were on the road?
JJ: In the band itself? No, we always had a guitar player.

KC: Was the technological thing...did that bother anybody? Did somebody say, "Well that's not a real
guitar" or did people just accept it?
JJ: Oh they absolutely accepted it. It's the player.

To Be Continued Tomorrow...