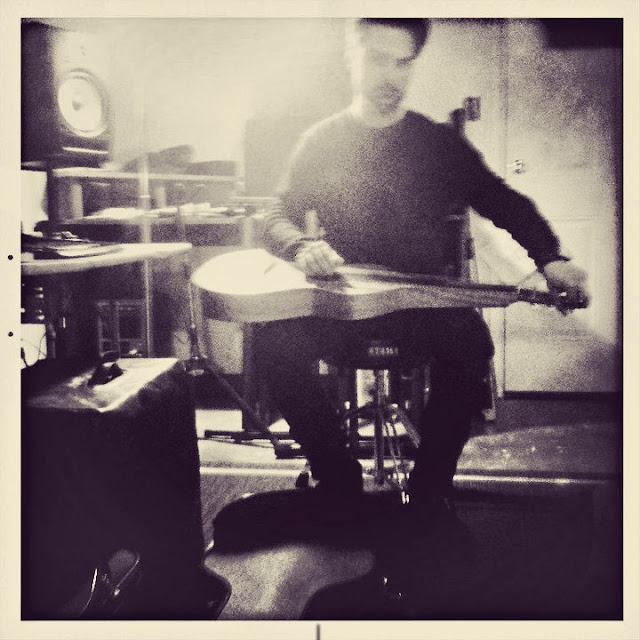 Chris Rainier is a multi-instrumentalist, performer, composer/improviser and visual artist from melbourne, australia, now based in london. 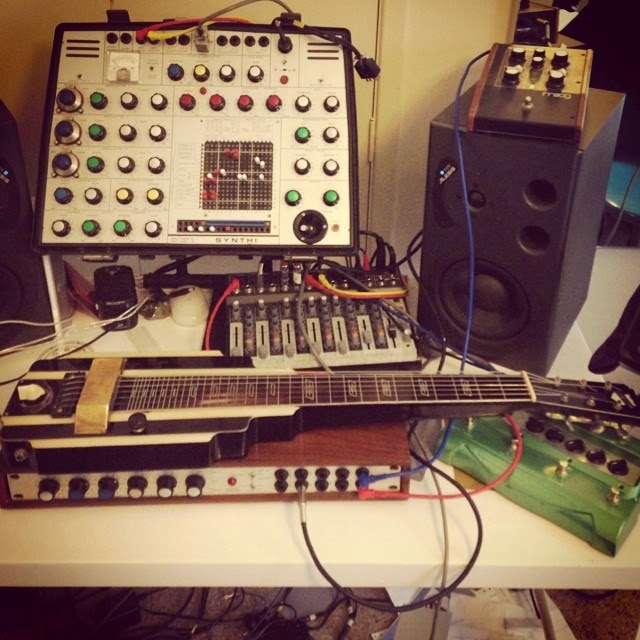 for the last decade he has focused on extending the sonic possibilities of the lap steel guitar beyond its historic use and context. drawing on traditional techniques and repertoires, he has explored new musical territories that embrace a disparate range of musical influences: 20th century classical, tape looping, microtones [just intonation], drone, exotica, futurist noise and pre-war hawaiian steel guitar. he uses a combination of acoustic techniques, mechanical devices and ‘preparations’ - influenced by the work of composer john cage, and guitarists fred frith and hans reichel - as well as a selection of electronic effects pedals. 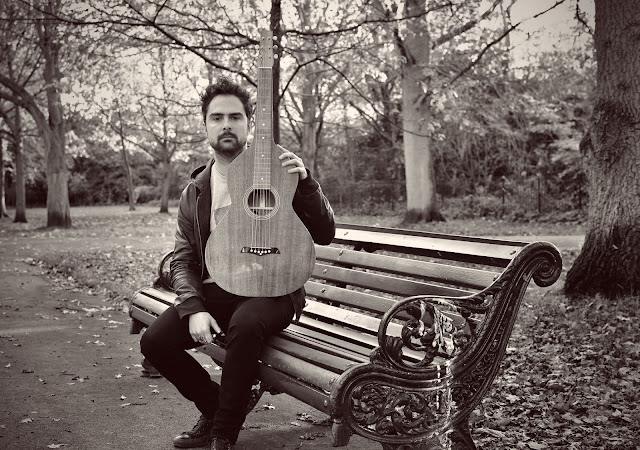 rainier completed a masters degree at the sydney conservatorium of music, researching microtonality and new instrument designs, as influenced by the work of composer harry partch. shortly thereafter, he performed the australasian premiere of partch’s work barstow on abc radio national’s 'the music show', as well as in concert with acclaimed australian contemporary music group ensemble offspring. 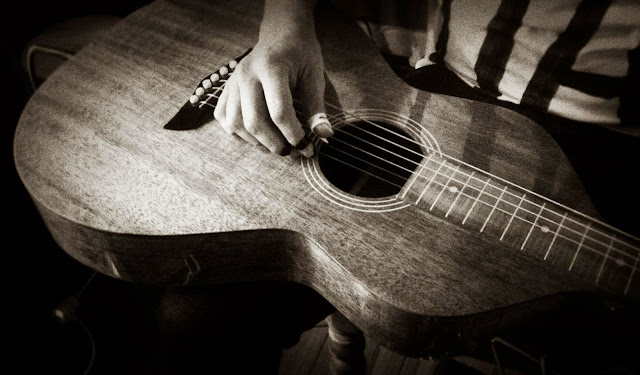 recently, rainier presented an evening of partch's rarely heard works for voice and microtonal guitar as part of melbourne music week 2013. this performance included readings and musical extracts from his depression-era journal bitter music, and showcased a specially commissioned replica of partch's adapted guitar I from the early 1940's. 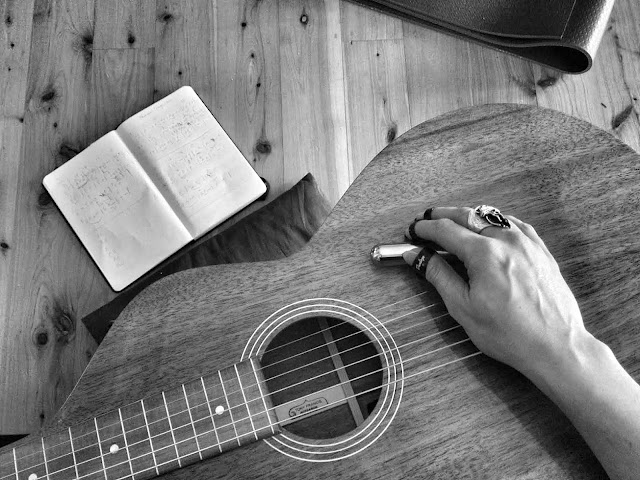 What was the first musical instrument you remember?

The first time I connected an abstract sound with an actual physical instrument was when I heard a bassoon playing the grandfather’s theme in Prokofiev’s ‘Peter and the Wolf’. This was the husband of my first guitar teacher, who also made his own bassoon reeds. I remember being more intrigued by the weird machine that made the reeds than the actual music he was playing…

It was a 1960’s Hofner (or Hohner?) classical that belonged to my mother, although I don’t think she ever played it much. It stayed in tune, which I think kept me interested! I still have the rusted pitch pipe it came with, and funnily enough used it up until a few years ago, when it was replaced by a pedal, and now an app.

First record I ever bought was the vinyl of Traffic’s album ‘Mr. Fantasy’, which was intended as a present for my dad, but I liked it too much… Most recently I bought a CD reissue of Robbie Basho’s ‘Art of the Acoustic Steel String Guitar 6 &12’, which I still own on vinyl, but didn’t make the move to London with me.

Technique allows you to choose between what is possible and what is necessary.

As Cage realised after his visit to an anechoic chamber, there is no such thing as silence (!), and noise (like beauty) is purely in the eye of the beholder. Having said that, I am becoming more and more interested in the production of noise on an acoustic instrument (the Weissenborn in this case), and the integration of noise elements within more aesthetically ‘pleasing’ frameworks, such as pre-war Hawaiian music.

After nearly a decade of working up the courage and figuring out the mysteries of his instruments and theories, finally performing Harry Partch’s works for voice and adapted guitar last year, for a concert entitled “i was a bum once myself: the boxcar revelations of harry partch’.

I started out as a classical guitarist, drifted into open tunings on steel string and electric guitar, then studied composition at university, with some instrument-building of percussion instruments channelling Harry Partch, and eventually very belatedly discovered the lap steel, which I now wish I had another lifetime to work with.

the letter' [1943] by harry partch, performed by chris rainier


For the last few years I think the single most important development in my playing has come from thinking about my music from a visual arts perspective rather than from a ‘musical’ perspective.
My secret influences are only a secret to people who don’t know me! It’s an extremely long and possibly boring list that includes amongst others, anything to do with remote islands, Le Corbusier’s beach cabin, Tintin, Sri Lankan curries, the Dutch artist Bas Jan Ader, the Trautonium, BBC Radiophonic Workshop and cats. 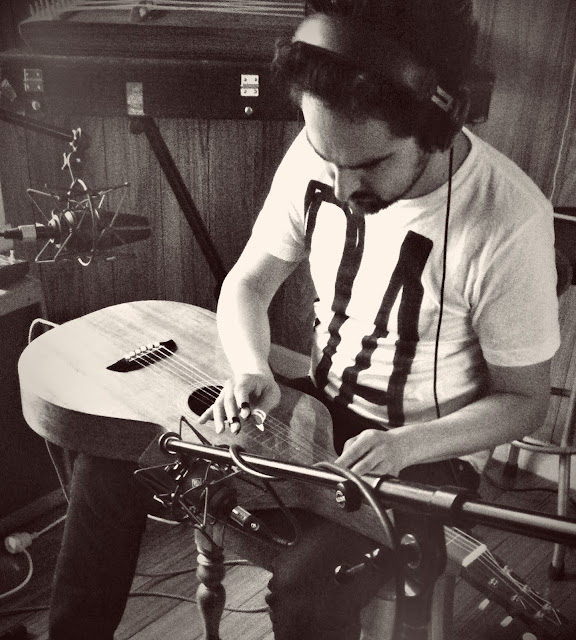 What quality do you most empathize with in an artist?

The ability to recognize that failure and mistakes are sometimes the most important element of what one does. 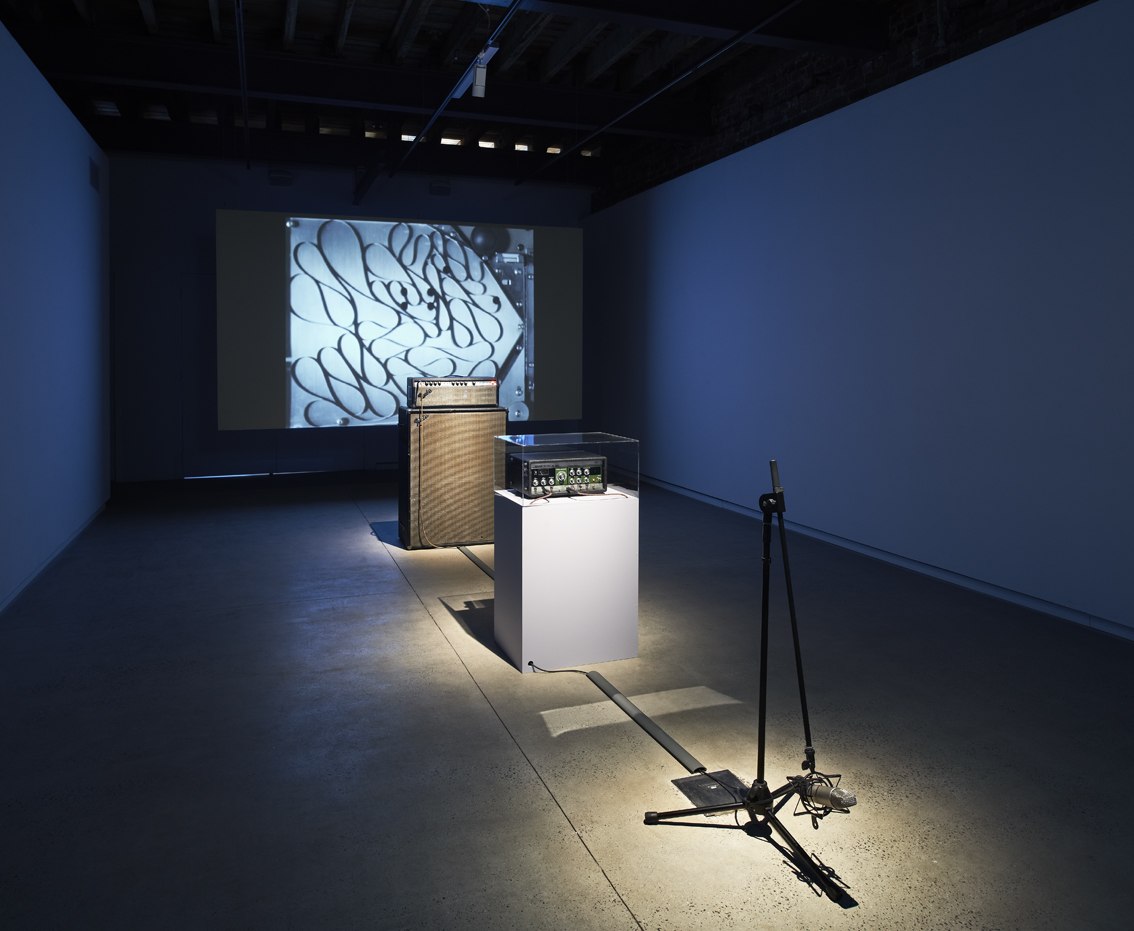 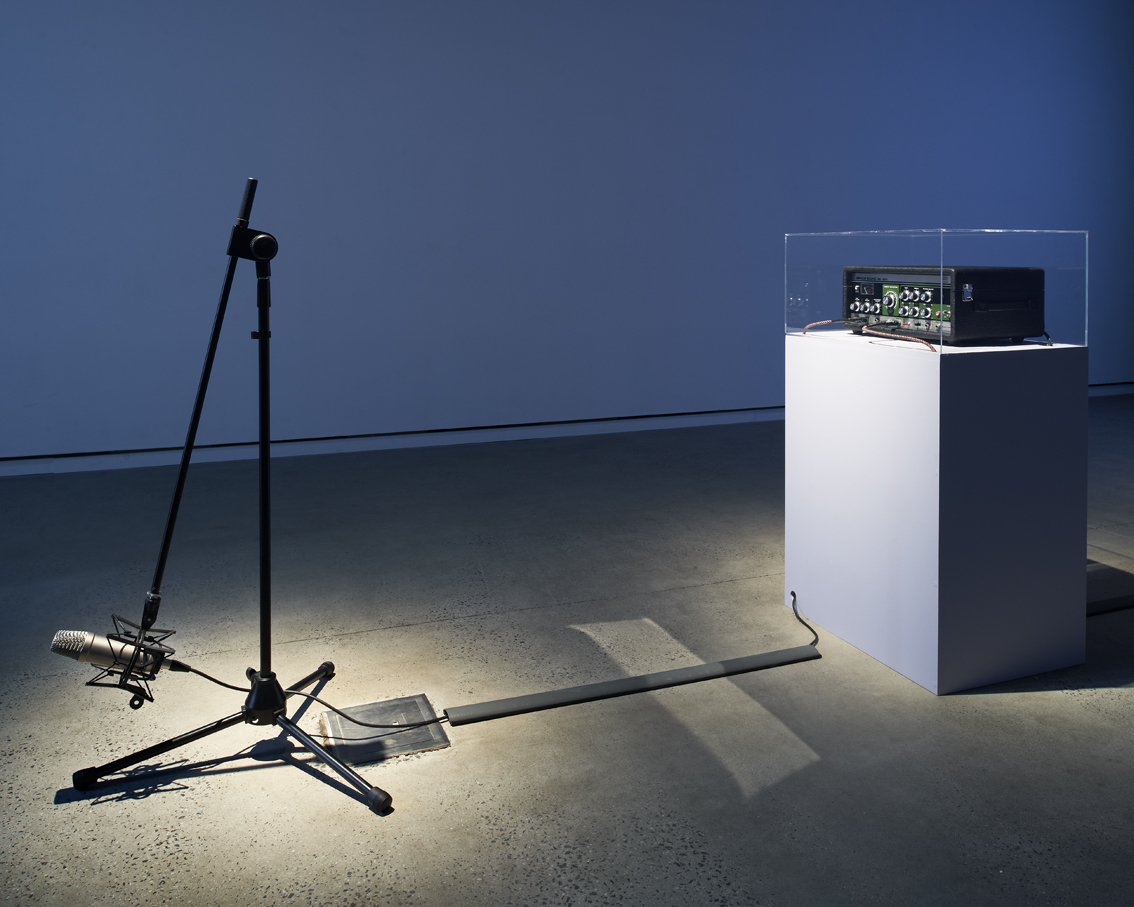 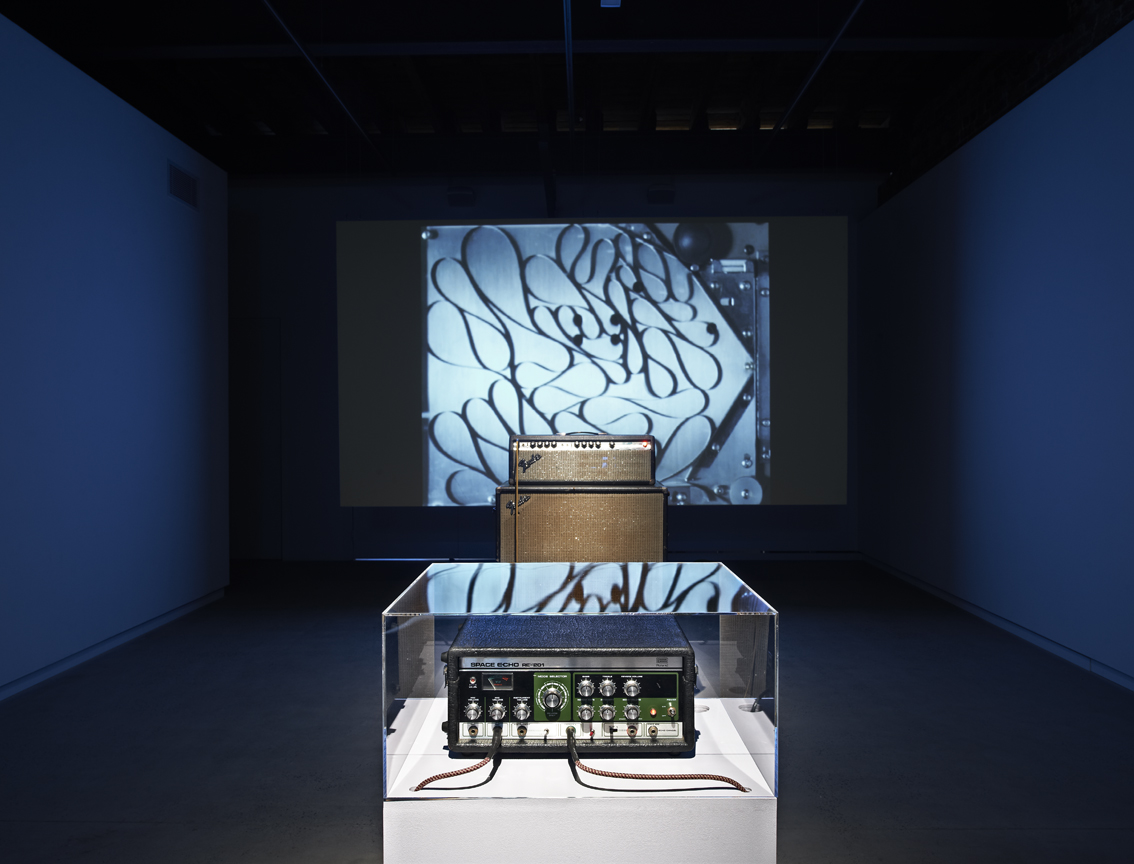 “Just because you can, doesn’t mean you should”

My main lap steel is a replica of a late 1920’s Weissenborn hollowneck acoustic lap steel, made by luthier Tony Francis in New Zealand. I have a few kilograms worth of preparations [wood, metal, glass, rubber, plastic, polystyrene etc.] that I cart around, as well as a cello bow and electronic bow. My replica of Harry Partch’s Adapted Guitar no.1 is a refretted late 70’s Japanese Takamine steel-string, from their infamous ‘lawsuit’ era when they were copying Martins and got into trouble. I didn’t feel so bad turning it into a gap-toothed monster!
The effects I used on my last record were an Ernie Ball volume pedal, Strymon El Capistan, Electro Harmonix Super Ego and Red Panda Particle. With my electric lap steel I use a few more…

I’ve just released my first album on vinyl, entitled ‘man and the echo’, combining Weissenborn (acoustic lap steel guitar), various preparations and tape looping.
I’m currently practicing away for a record of Harry Partch’s music - his compositions for voice and adapted guitar, some arrangements of his works for other instruments, and some folk songs that he references in his Depression-era journal ‘Bitter Music’. I’ve also been working on an album of traditional music/songs from various islands (some that we perhaps don’t always think of as islands) from around the world. Finally, I’ve recently finished recording an improvised electric/electronic record with Australian musician Mat Watson (Other Places). 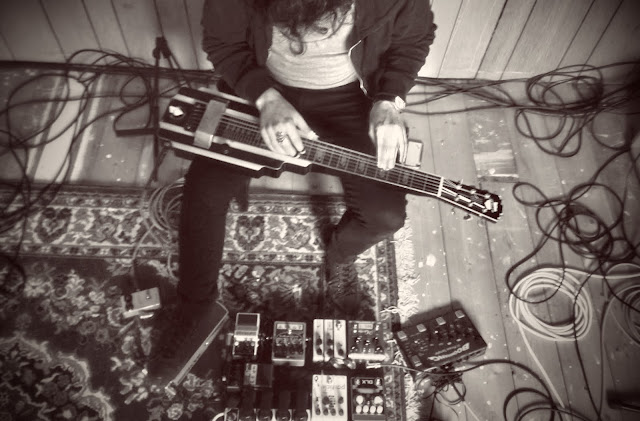 
[click on the album covers for track listings, or to purchase albums/tracks] 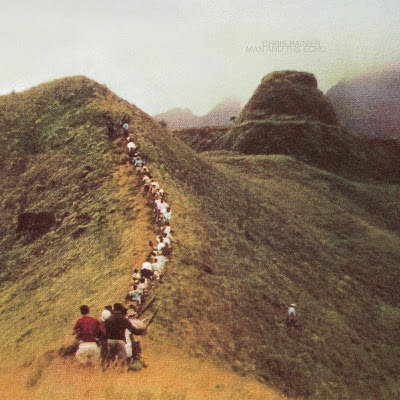 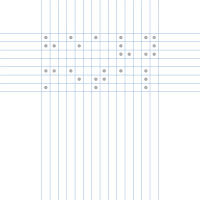 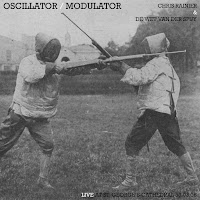 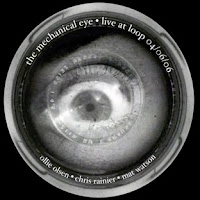 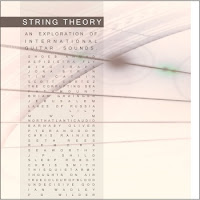 string theory - an exploration of international guitar sounds
double cd compilation of experimental guitarists from melbourne and beyond on zac keiller's dreamland recordings label. features the track you're a distant voice on the radio, from my album the humming of wires 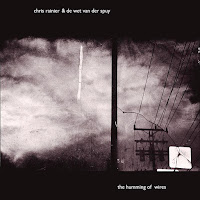 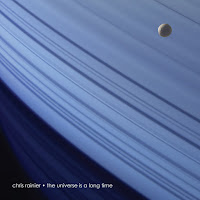 2006
the universe is a long time
my debut solo album - featuring improvisations on the electric lapsteel, with electronic processing and live looping