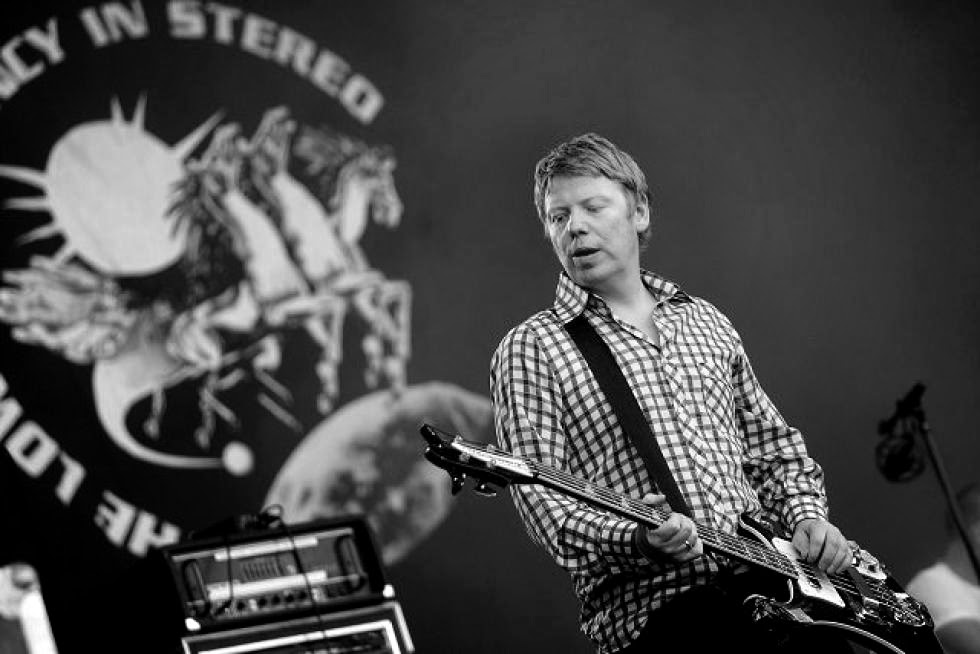 Per Steinar Lie, Norway guitarist and bass player, born 12.04.73 in Haugesund, studied at the Bergen University. He began working and recording  albums with a lot for lo-fi and shoegazerbands in the 90`ties, like Fra Rondane, Twigs and Douglas, before join his most famous project, The Low Frequency in Stereo, when he played bass, organ, voice, and guitars, with Ørjan Haaland, Hanne Andersen, Njål Clementsen and Linn Frøkedal. The Low Frequency in Stereo are a post-rock group that was founded in February 2000 in Haugesund, Norway. The band is known both in Norway and internationally and have played renowned festivals like Quart, Dour and South By Southwest Senior Editor of Rolling Stone David Fricke described their concert in Austin, Texas in 2005 as "a mixture of the long solo elements in The Doors set to the raptide of Joy Division's "Transmission" with the surf guitar twang of Dick Dale." 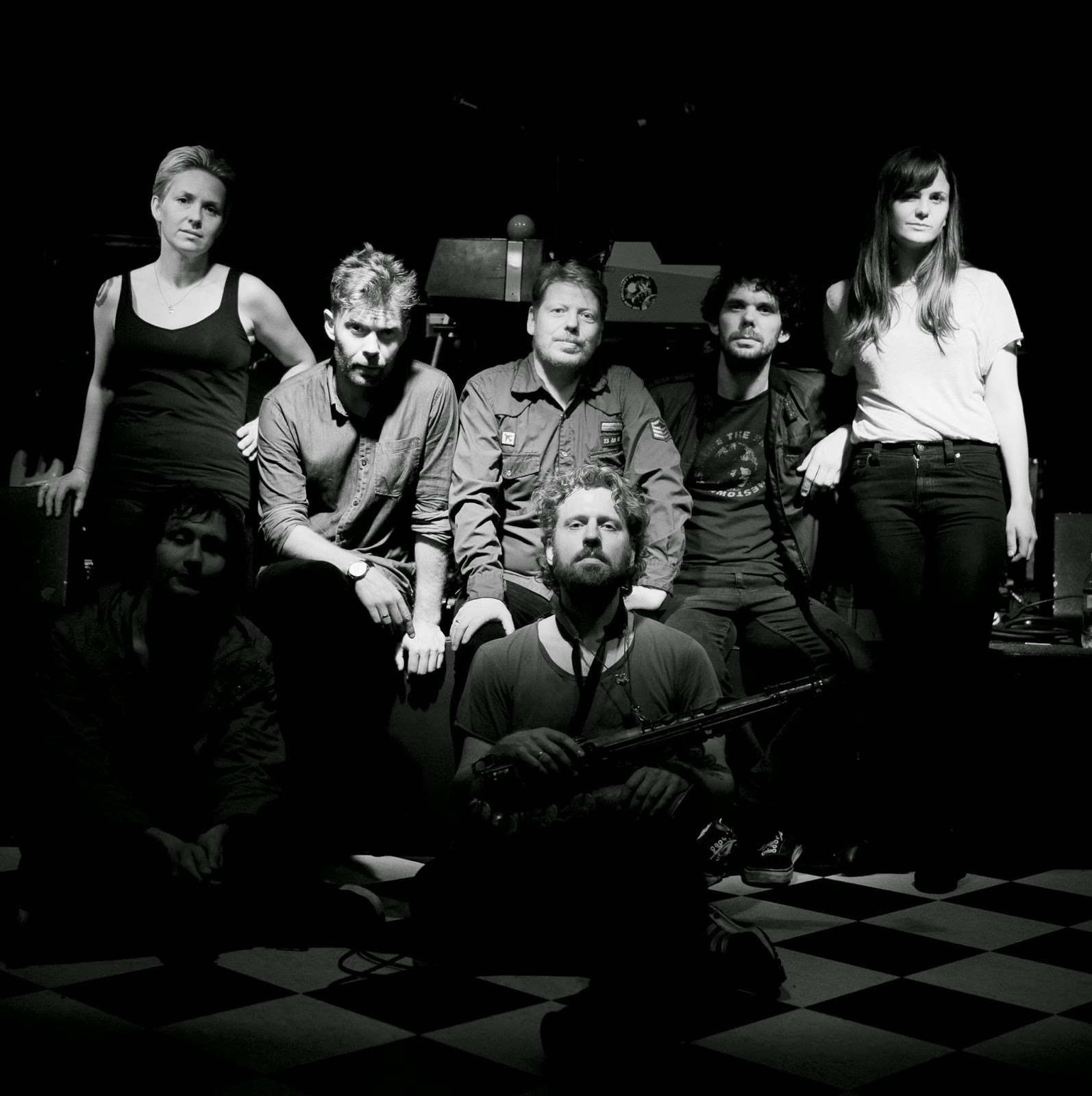 The Low Frequency in Stereo

The Low Frequency in Stereo has been called the band with one foot in Pompeii and one in space. They have developed from being a searching instrumental lo-fi-post-rock band that Pitchfork dubbed ”Psych-Garage Dronemeisters” to a fullblown, focused and fresh sounding rock ensemble with great songs and a mix of dark atmospheres and catchy choruses. Pop Obskura, his last work from 2013, has got superb reviews from all over the world and just been nominated as the best Pop Album in 2013 by the Norwegian Grammy, Spellemannsprisen. Lie, Haaland and Andersen are founding members while Clementsen and Frøkedal both joined ranks before the recording of ”Futuro”for Rune Grammofon in 2009. Guest musicians has included Rune Grammofon affiliates Nils Økland and Kjetil Møster (Ultralyd) and the album is produced by wonderboy Jørgen Træen (Jaga Jazzist, Kaizers Orchestra, The National Bank, Sondre Lerche). Their album "The Last Temptation of...)  2006 was nominated for a Norwegian Grammy in the ”Best Rock Album” category. 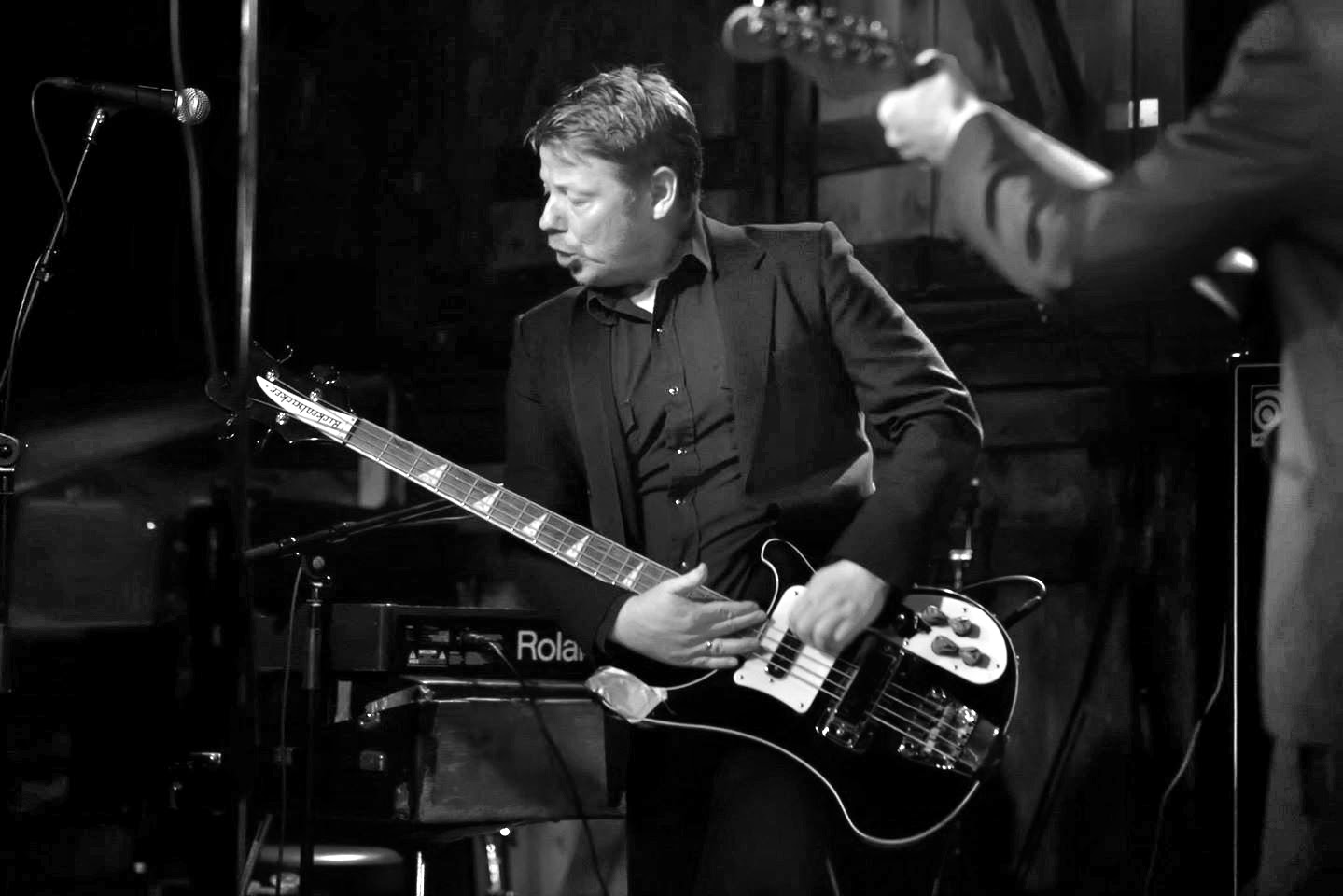 Other projects of Per include the groups The Gin and Tonic Youth! with drummer Ørjan Haaland and Erik Johan Bringsvor from Hypertext plus Njål Clementsen, Vegard Fossum and Julius Lind creating unpretentious melodic pop based on bass and organ over programmed drum beats, and Action & Tension & Space, again with Ørjan Haaland and Julius Lind, an instrumental band based is bass, lap steel, electric guitar, organ and drums, focusing in minimalist, cinematic, timeless and dark gloomy moods, in a mood of hypnotic Lo-Fi Post Rock. 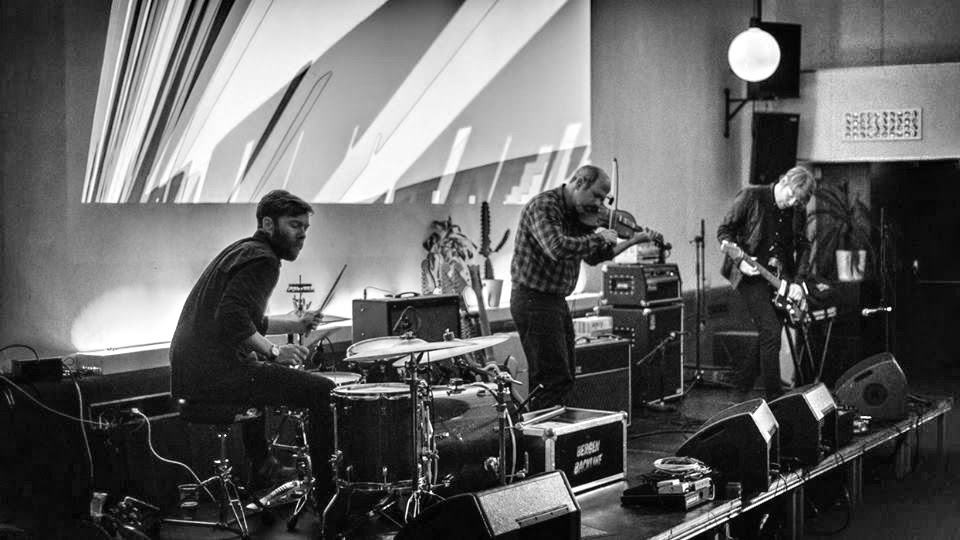 Lumen Drones is the last adventure, a fascinating and powerful collaboration between Hardanger fiddle master Nils Øklandm, Per Steinar Lie and Ørjan Haaland, a consistent collaboration, resembling a fertile dialogue of voices. ECM provides the Lumen Drones their debut album in the spring of 2014. The participants describe their project as a psychedelic drone band, but its stylistic reach is broad and evocative and will trigger many musical associations. Specific influences include the Doors, Sonic Youth, Durutti Column and “the jazz of the Dave Pike set”, but the Lumen Drones also rove through modal, ambient, multi-folk, minimal and noise zones, making exciting music all the way… 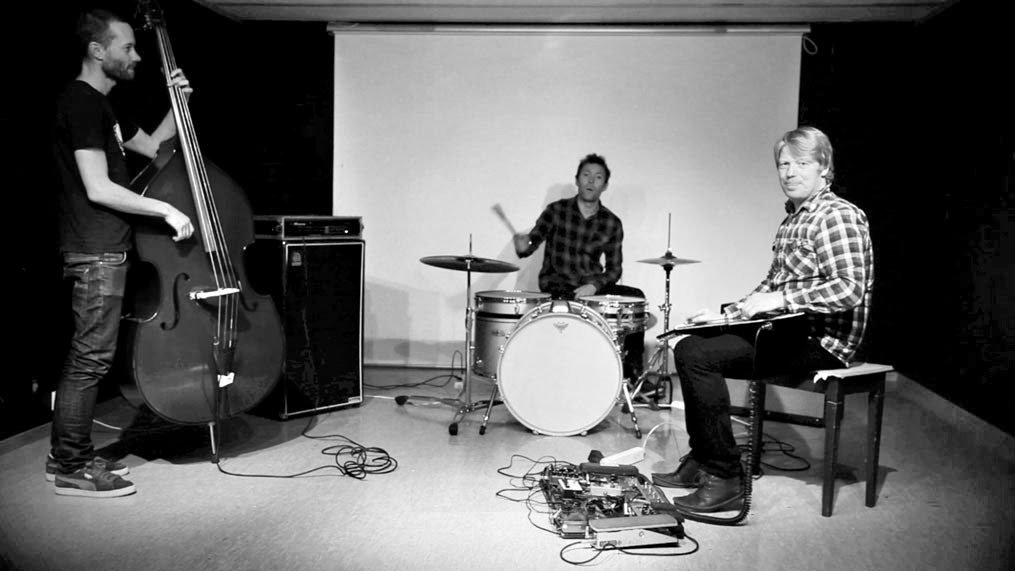 Other relevant experience is the creation of two independent records label in 2011, Made in Haugesund focused on vinyl recordings and Kleidermann Records.
HE has worked like musician with the theater plays "City by the Sea" 2004  and "The Blonde in Toreadorbuksene" 2006, both from the company of Nina Lill Veste 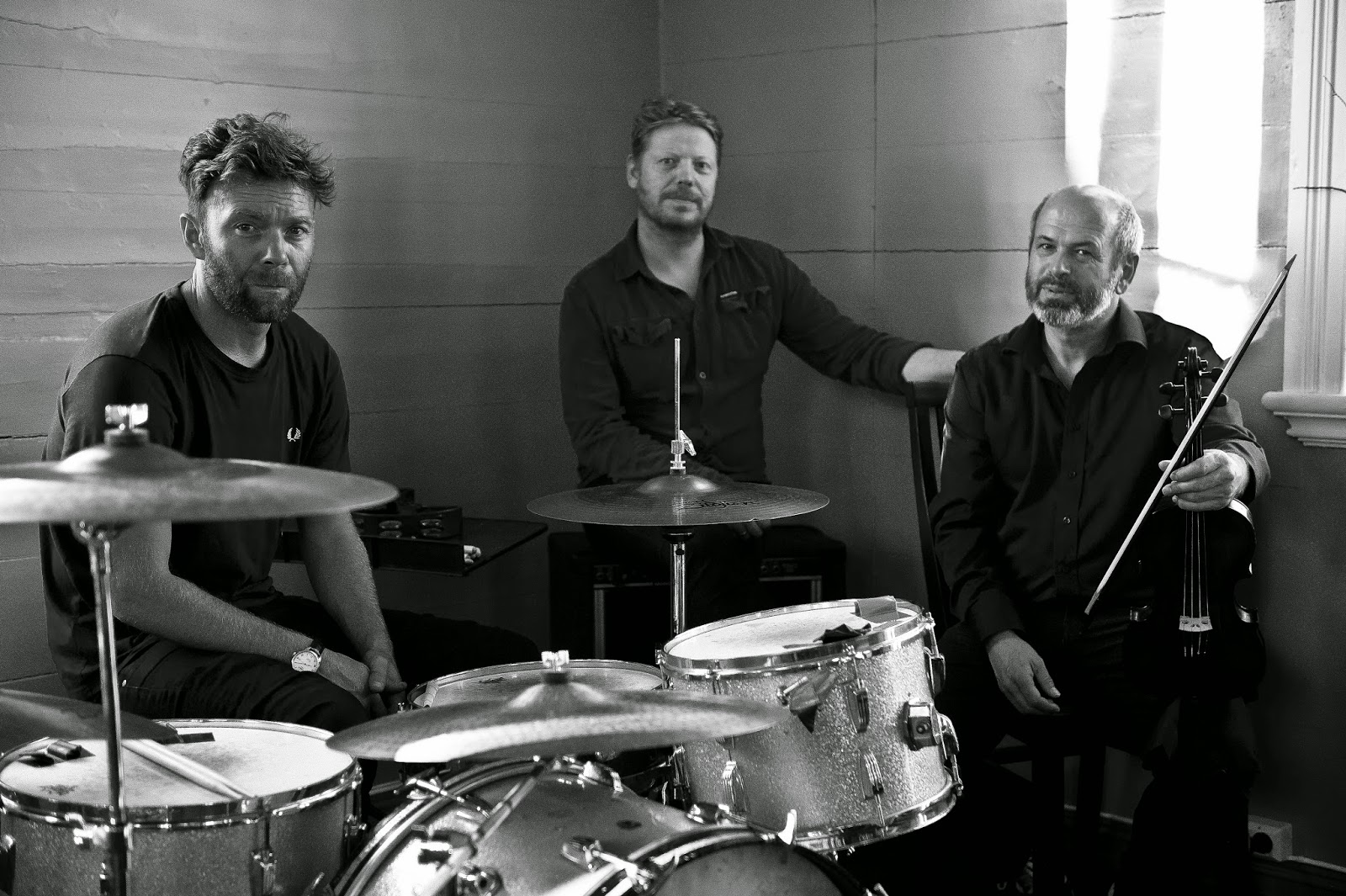 The first music moment I remember was myself miming into a spoon watching Roger Whittaker (check spelling) singing the fantastic song many blue. My parents was really into Roger and Elvis Presley. I love Elivs`s «Moody Blue» album which was the last he recorded in 1977 I think it was. I was at that time 4-5 years old.

The first record I used my own money on was «Slade» the kamikaze syndrome» The last one was Steve Hillage «Fish Rising» and Can «The Lost Tapes».

When I picked up the bass after 10 years for high profile guitar playing and turned down the volume and slowed the pace with The Low Frequency in Stereo in 2000. Now I am working my way back, playing both bass and guitar.

Technique is probably the key to higher learning and if you wanna have a broad working cycle.

One of the biggest challenges is to keep the clubs sustainable economically, so we artists can travel around and play in them instead of just playing festivals.

I just want to make something that make me stand out from the crowd. That is the motivation.

I took one guitar lesson and when noticing that the teacher was way beyond better than me I quit. Afer that I have just listened to music and watching other play. I try to expose what I think is the right way and maybe therefore I have a bit of a narrow and unusual style of playing.

I like people who dive 100% into projects as long as it last. Jørgen Træen (music producer in Bergen) is a person I love working with. He dive into the recording and lives 100% in the bubble till the record is finished. This is great periods in life.

If you could, what would you say to yourself 20 (or 30) years ago, about your musical career?

Go to musical school. At that time they were our enemies, but now I say to all the youngsters that they should go and teach themselves how to play.

If you wanna go high. Use your own legs! Friedrich Nietzche.

When I play guitar I play a fender jazz master, Gibson sg or an old Supro. My basses are a Rickenbacker and a musician Stingray.

What's your next project about ?

The next project I have is a afro rock band singing in Norwegian called Jackman Lie Haaland Set which I play bass in. The EP will be out in mid January 2015. Otherwise we are starting touring with Lumen Drones now and we are talking about go touring with The Low Frequency in Stereo and Kjetil Møster next year.

I have also played in these projects action & tension & space and The Gin and Tonic Youth. 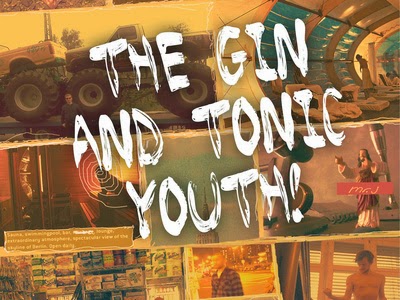 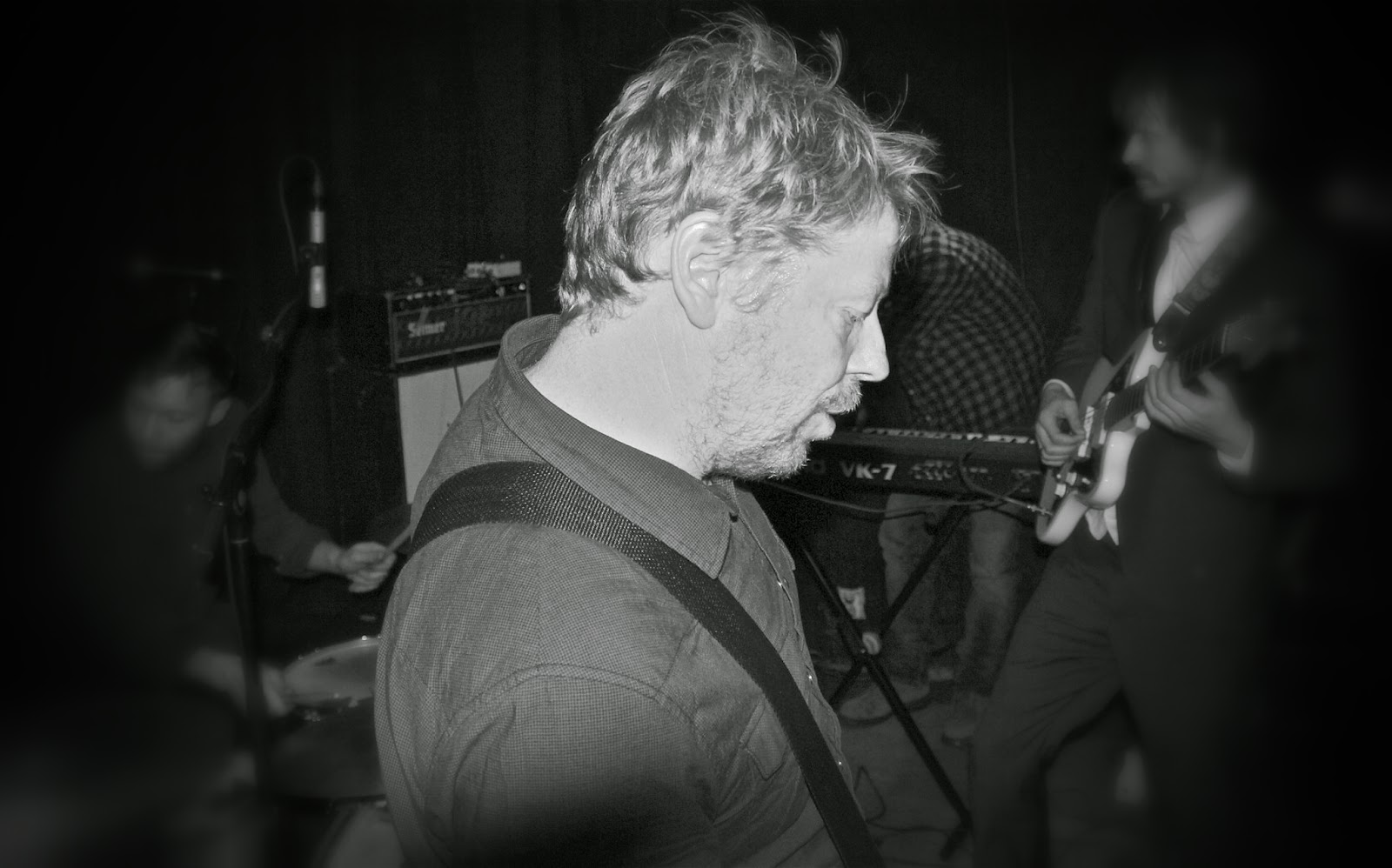