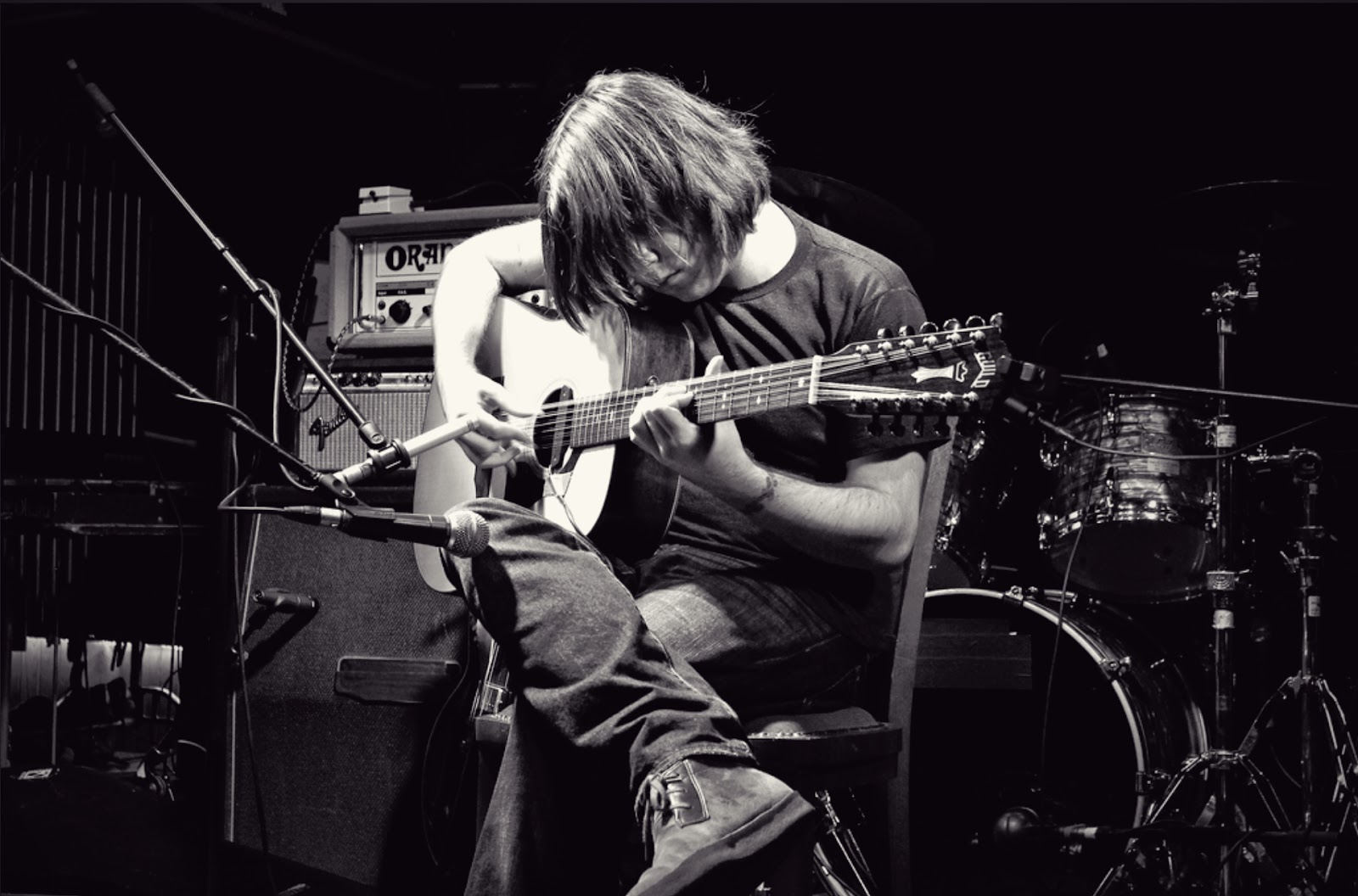 James Blackshaw is highly regarded for his pieces for solo 12-string guitar, nylon-string classical guitar and piano. Strongly inspired by the 60’s Takoma school of guitarists, minimalist composers and European classical music, Blackshaw employs fingerpicking techniques to create drones, overtones and repeating patterns, alongside a strong inclination for melody, to create instrumental music that is both intelligent, hypnotic and emotional. 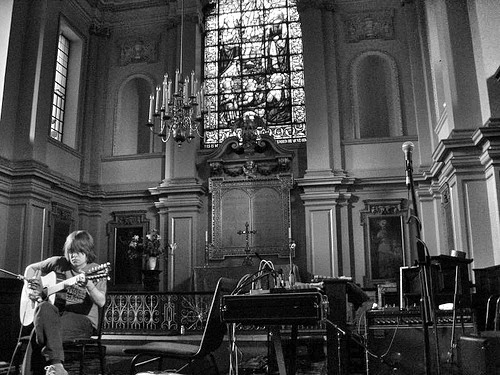 Born in London in 1981, where he continues to make his home, Blackshaw has so far released eight solo studio albums, one EP, one live recording and has also appeared on numerous compilations since 2003, receiving praise and earning places on Best of Year lists from online and printed publications such as Pitchfork, Billboard, The Wire, The Observer, The Times, Uncut, The New York Times, Rolling Stone Magazine, The Onion, Magnet and Acoustic Guitar Magazine among others.

His personal sound belongs to the space inhabited by artists like His personal sound belongs to the space inahabited by artists like Robbie Basho, John Fahey, Leo Kottke, Glenn Jones, Jack Rose,  Bert Jansch, Davy Graham, drone and modal mixed with American minimalism and meditational music. In that way works his love for the 12 strings resonance: "It was like an immediate shift in the way that I played, ... the instrument really rings out." 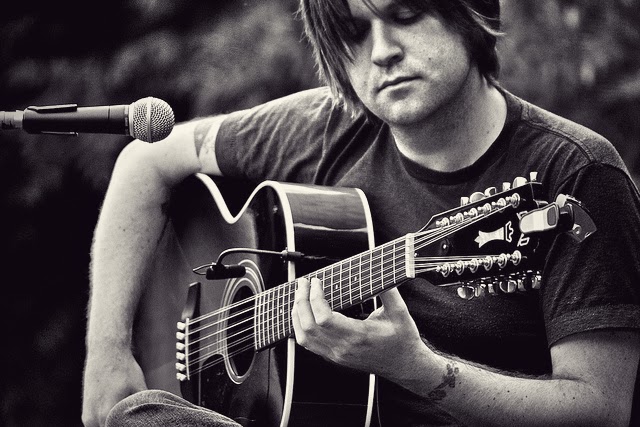 Blackshaw has collaborated with Lubomyr Melnyk, performed and recorded as a member of Current 93 and with Jozef Van Wissem as Brethren of The Free Spirit and toured and played shows with artists such as Swans (whose Michael Gira signed Blackshaw to his Young God label to release two albums in 2009 and 2010), Grails, Meg Baird (Espers), Mountains, Glenn Jones, Sir Richard Bishop, Jose Gonzales, Peter Walker, Alex De Grassi and Hauschka. He has toured extensively in the US, Europe and Japan, playing such institutions as the ICA, the Barbican and Merkin Hall, NYC as part of the New York Guitar Festival, 2010. Matt Groening, creator of ‘The Simpsons’, invited Blackshaw to perform at All Tomorrow’s Parties, May 2010. His music has been featured multiple times on National Public Radio in the US, BBC Radio 2, BBC Radio 4 and and has been used both on TV and in one feature length film, ‘Sebbe’. 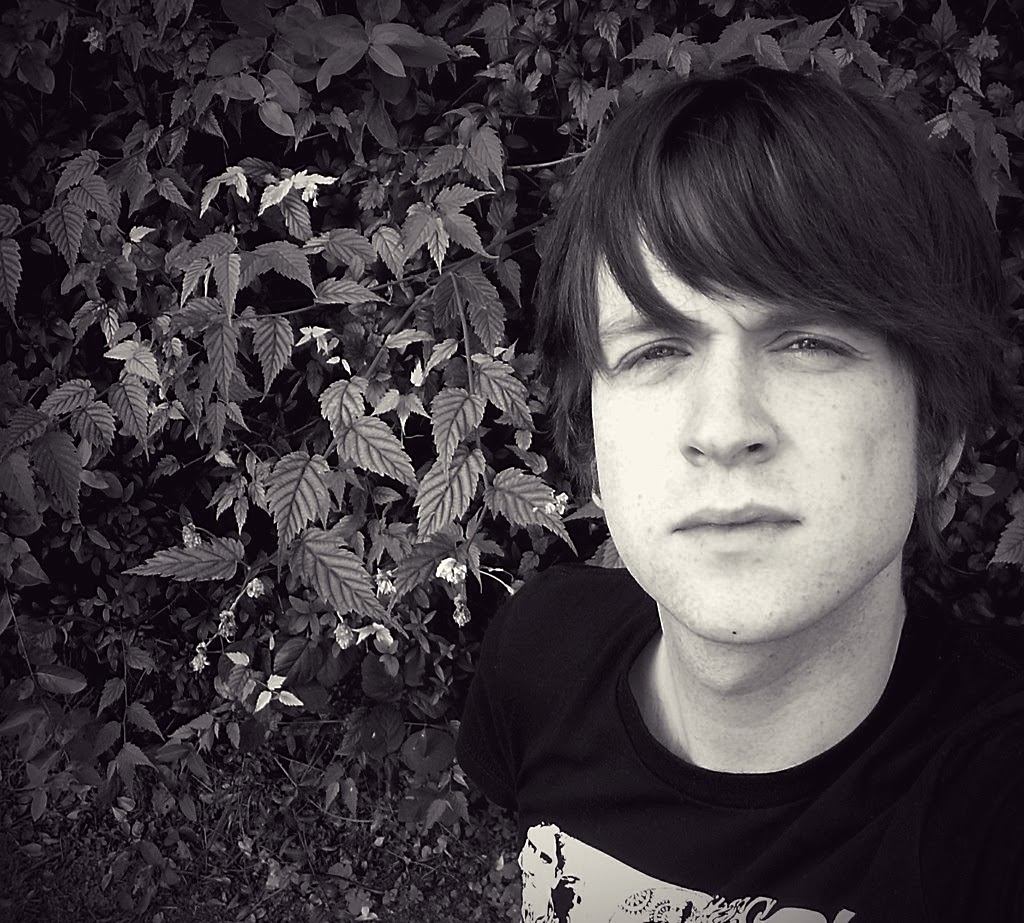 In early 2013, he collaborated with pianist and composer Lubomyr Melnyk on the album Watchers. In the same year he was invited by Yann Tiersen to celebrate the centenary of Louis Feuillade's silent film series Fantômas. Recorded live in Paris last Halloween, the seamless 74-minute piece stemmed from a commission for a live score for the 1914 silent movie Le Faux Magistrat. The fifth film in a series of classics by Louis Feuillade, Le Faux Magistrat ended a centennial celebration of the director at the prestigious Théâtre de Châtelet. Preceded by the likes of Tim Hecker and Yann Tiersen, Blackshaw was tasked with providing accompaniment to the screening. Blackshaw performed the 75-minute work with guests including drummer Simon Scott (Slowdive), who shifts between light, adding almost incidental percussion and thundering drums. It was released commercially by Tompkins Square in July of 2014.

First – I’m not sure about. I think it was a U2 record when I was about twelve. I wouldn’t have guessed that twenty years later they’d force their way into my iTunes library leaving me trying to figure out how to get rid of their shitty album for about two weeks.


Last – I bought a ton of CDs on my last visit to Japan. An amazing band called Mori Wa Ikiteiru, the most recent Shione Yukawa and Kindan No Tasuketsu albums. Really great stuff.

It was a white Yamaha Stratocaster copy my parents bought me for my birthday. I thought it was the coolest thing ever.

I have a Chinese Guild 12-string (GAD G212) with a Fishman pickupin it, a Loriente Clarita Nylon string guitar, a Chinese Fender Telecaster, a Fender Super Champ… Various cheap mics, a decent pair of KRK monitors. Not much stuff really.

My first album ‘Celeste’ surprises because I I think it still sounds pretty competent. I’m kind of impressed something I did 11 years ago is decent. And my new album which comes out in February because it’s very different. It broke down a lot of barriers for me – things I wanted to do for years but was terrified in reality about doing.

Anything that makes me feel anything really. I don’t hear a lot of music like that, honestly.

Attention to detail. When you can hear the amount of time and effort that has gone into something.

There’s probably no other feeling in the world like working with sympathetic musicians and hearing something come together. If I could handpick four or five musicians from anywhere in the world who I could work with on a regular basis, I would definitely say I’d prefer working in a group. But I don’t have that luxury, as do the musicians I would pick.

There is something very pure about working alone. And I like controlled environments in music – by me or certain other people.

I think it’s mostly a challenge, honestly. Things are more accessible and immediate– access to data and information exists on a level we’ve never seen before and that certainly has some benefits for everybody. There has definitely been a clamp down on the distribution of music online recently, but then I also think there’s a whole generation of people who grew up in an environment where they could and would and download music for free and see nothing wrong with that. 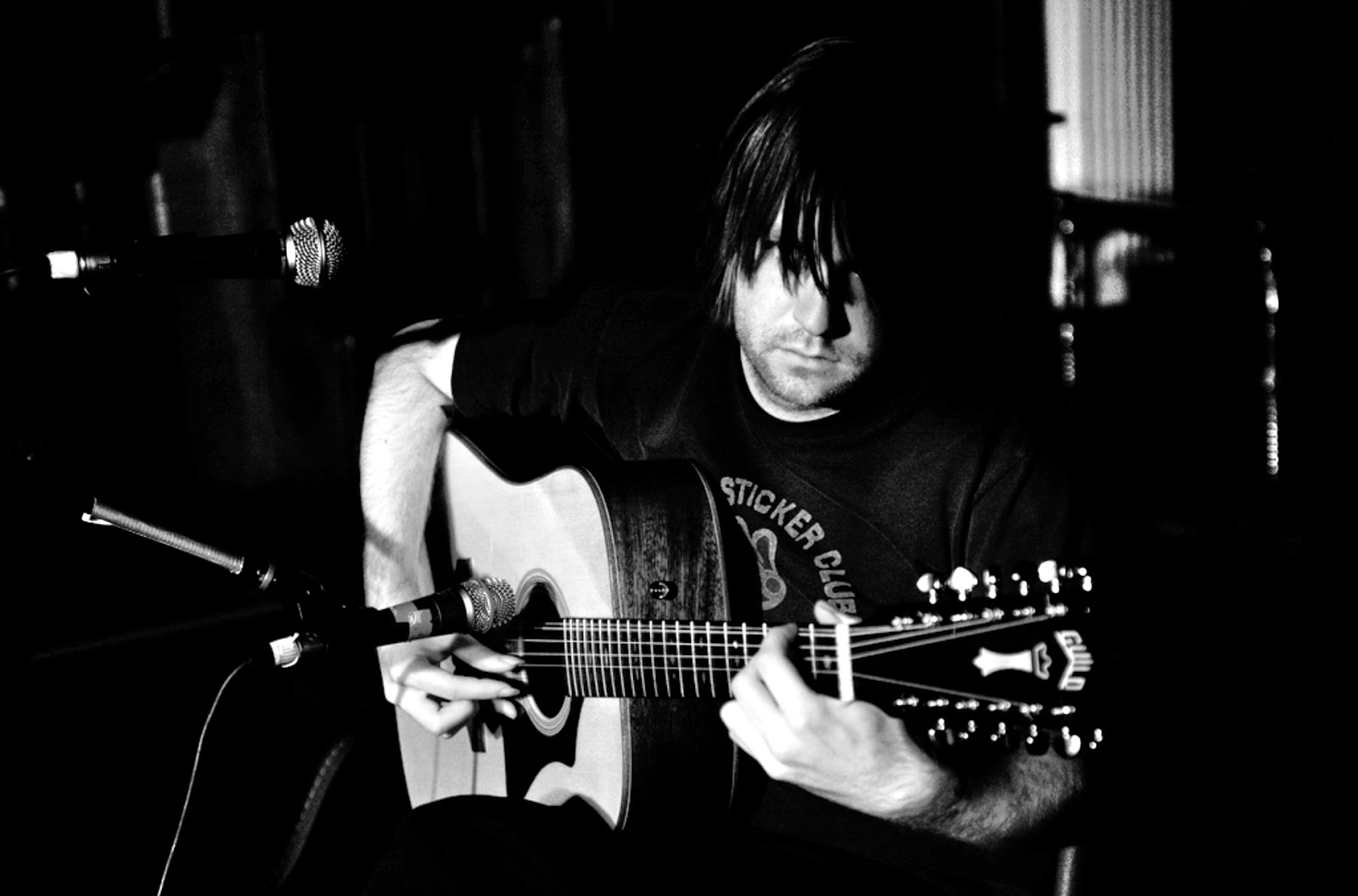 I’m not saying there is something morally wrong with that necessarily, but it does have a very immediate and obvious impact on certain musicians and whether they continue to make the music they want to make. I think a lot of people are sympathetic to that, but others not so much.

Oh man, so much. I love a certain school of 70’s American cinema. The kind of downbeat, paranoid thrillers like ‘All The President’s Men’, ‘The Conversation’, ‘Klute’, ‘Marathon Man’… And I love fantasy and science fiction. There’s a lot of reference to both those things in the last three albums I’ve made.

I remember it being a lot of fun, so it never really felt like learning. It was a bit like a series of puzzles I was gradually solving. I practiced a lot for the first couple of years - any chance I could find, I would sit down and play. And it actually happened quite quickly, I think that sort of rate of learning begins to slow down after a while and it becomes more like refining techniques rather than attempting to do new things.

Arvo Part ‘Spiegel Im Spiegel’. It taught me about the emotional value of space and simplicity.

I have a new album out in February on Important Records (USA) and P-Vine (Japan). As I said - it’s different!

Love Is The Plan, The Plan Is Death
CD/LP (Important Records) 2012

Brethren of the Free Spirit - All Things Are From Him, Through Him and In Him
CD/LP (audioMER) 2008 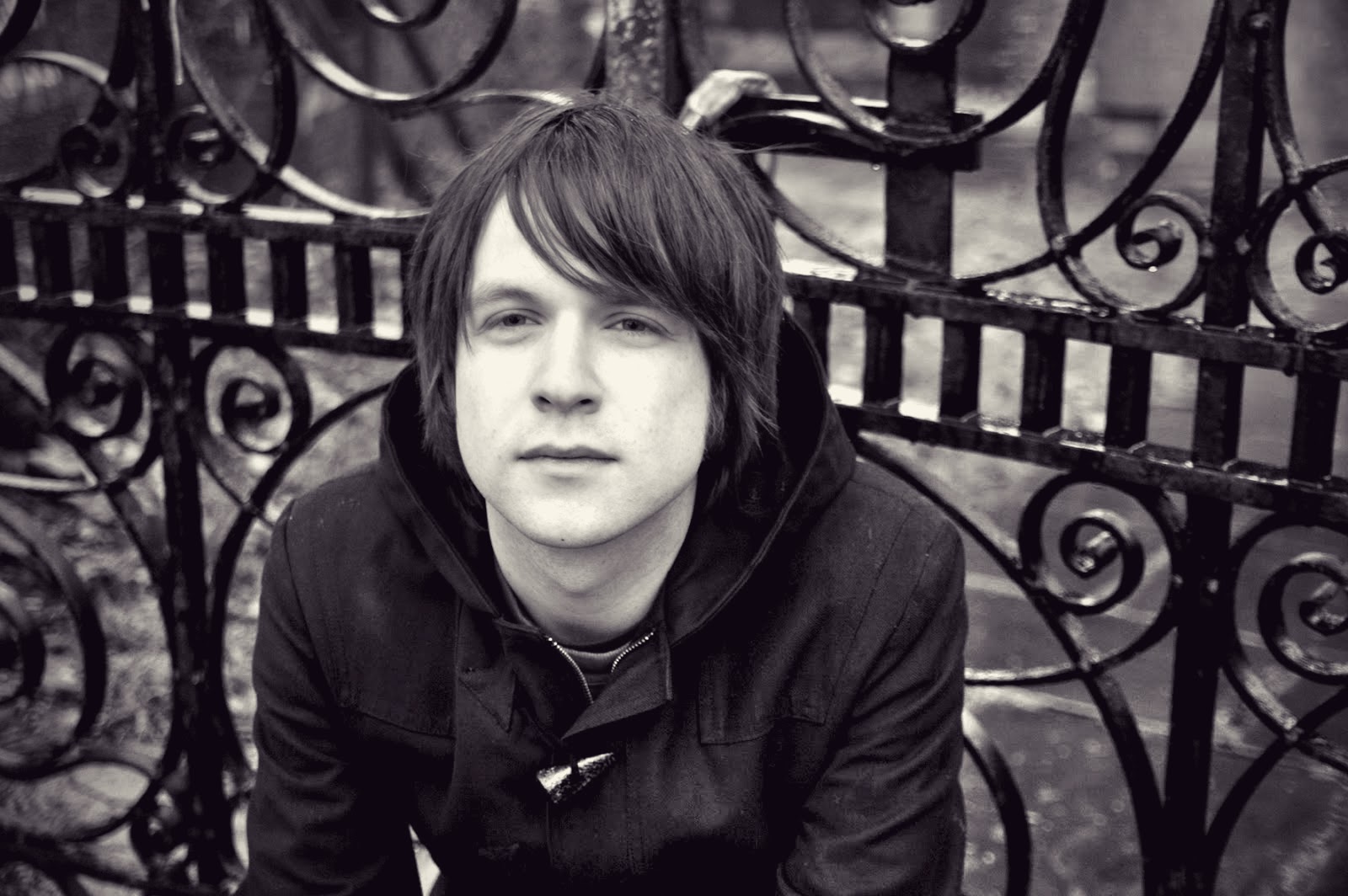 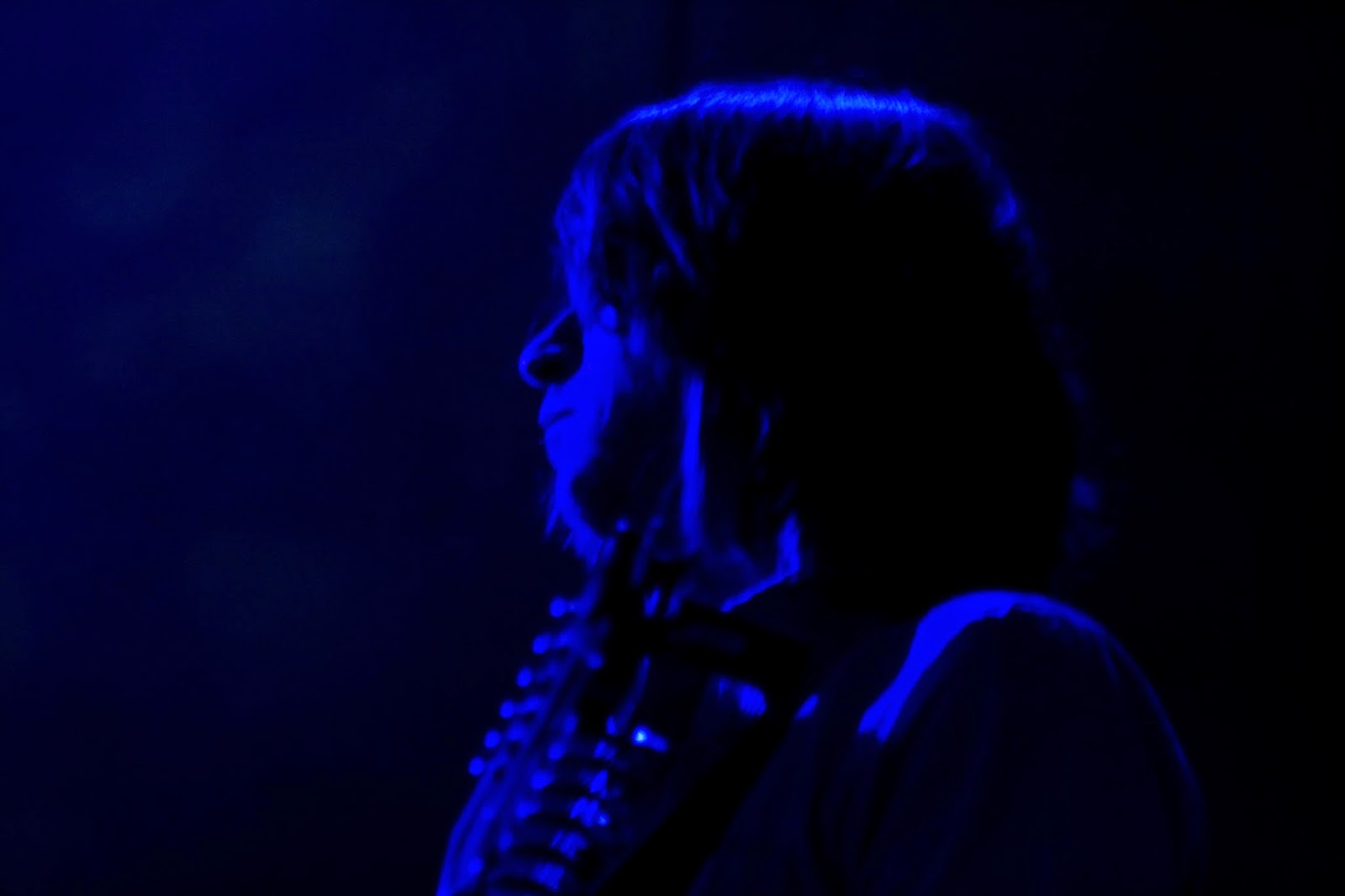