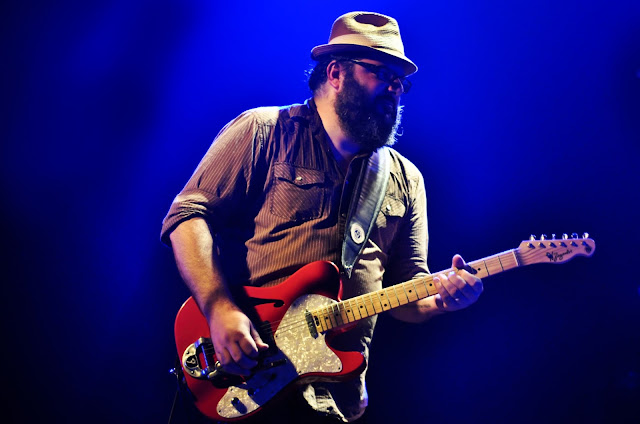 João Erbetta is a multi-project and multi geographies musician. Guitarist, composer and music producer from São Paulo, he has dedicated himself to sew an instrumental career that blends the best of Brazilian music (Frevo, Ciranda, Waltz ...) with the tradition of American rhythms (Jazz, Country, Surf Music ...), through the Latin music (Mambo, Bolero, Salsa ...). 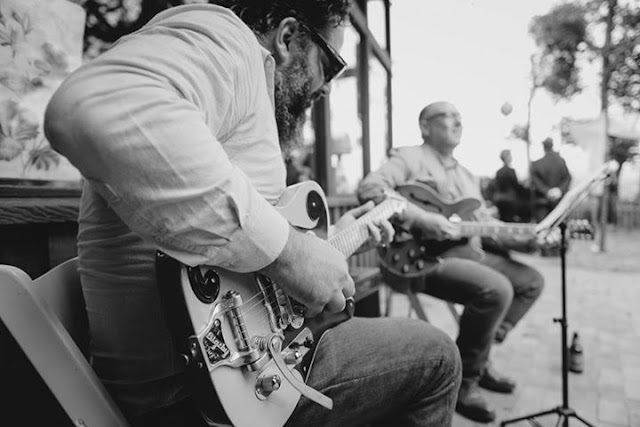 Like a Carmen Miranda on guitar, John mixture sounds melodic compositions, many of them danceable, with jazzy touches without losing the chance to explore romantic ballads, joining the sounds of both ends of the American continent. 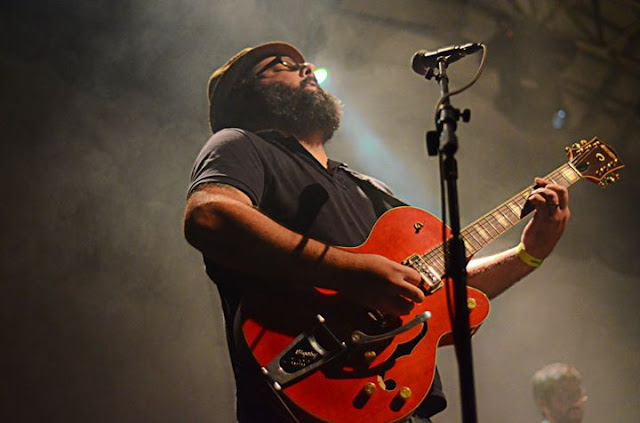 Living in Rio de Janeiro since the beginning of 2015, Erbetta is now launching in Brazil his new solo work and show Music for Drama and Cloudy Skies, the 5th of his career, which explores a different style of their previous albums. After two productions recorded live in trio format, John opted for a more produced and dense style, with more elaborate arrangements and emphasis on guitar folds. Beside him, the loyal partner Pete Curry (Los Straitjackets), and the renowned brazilian percussionist Mauro Refosco (Red Hot Chili Peppers, Atoms for Peace). 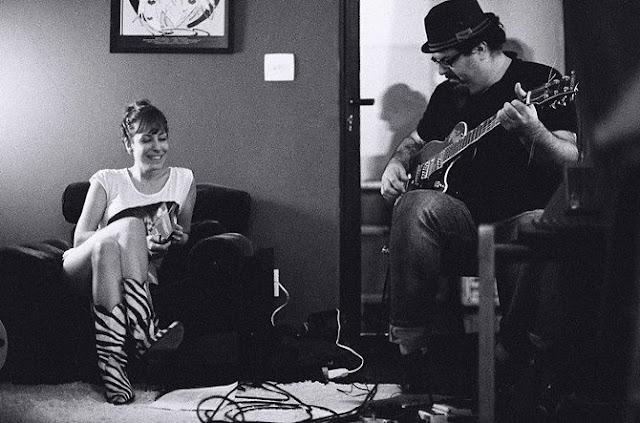 The show brings new compositions such as "The Secret Song" and "Pete's Lambada" and consecrated tracks from their previous albums, including a famous reissue of "Tico-Tico no Fubá" de Zequinha de Abreu. 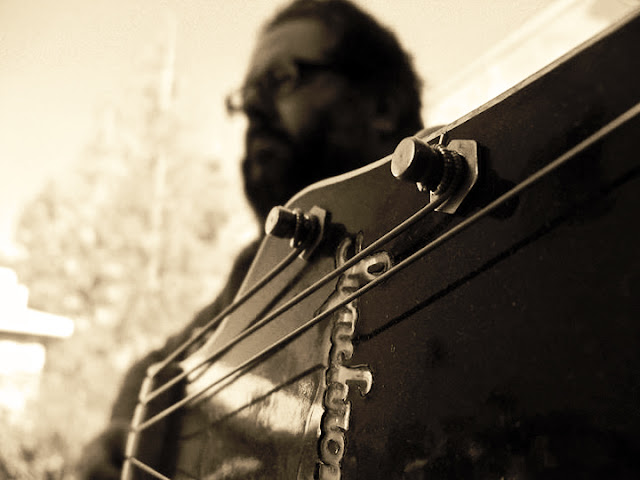 His elegant and fun style earned other artists respect in the US, added as comrades in their new productions. Most of his albums in the last decade was produced between Los Angeles and New York. Ali won partners as Adam Levy (Norah Jones, Tracy Chapman) and Scott Kettner (Nation Beat, Willie Nelson) plus Pete Curry (Los Straightjackets, Duane Eddy). 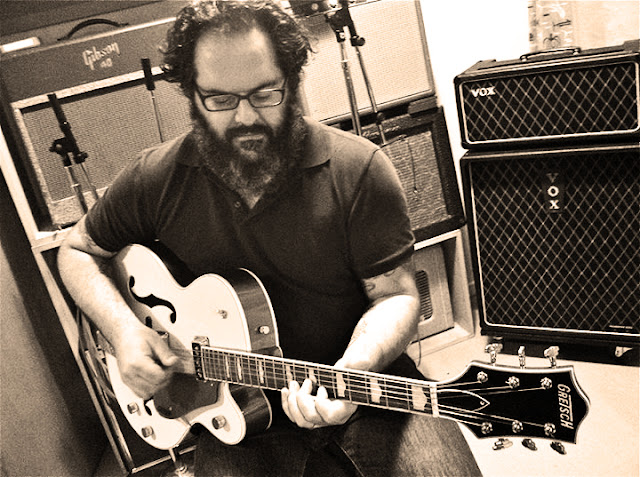 In Brazil, he has worked since 2010 as guitarist in the band Marcelo Jeneci, playing shows across the country. Has shared the stage with artists such as Heraldo do Monte, Paulo Freire, Roberto Correa, Siba, Chico Pinheiro, Sérgio Dias and several other big names of Brazilian music. In the US, he played with Bebel Gilberto, Otto, Forro in the Dark, Nation Beat and other artists, and took residence with his trio at the legendary New York club The Living Room, where Norah Jones shot to fame.

I remember listening to three LPs, over and over, when I was very little: João Gilberto's "White Album", from 1973, Jorge Ben's "10 Anos Depois" and some Andy Williams compilation from the sixties. Beside those, we had Louis Armstrong, Tom Jobim, Elis Regina and The Beatles spinning every day in the house.

The first one was "Ebony and Ivory", from Paul McCartney and Stevie Wonder. I don't remember what else was on that single... The last one was a digital one (of course...). It was Alberto Continentino's "Ao Som dos Planetas". Beautiful album.

When I saw Jimmy Page playing guitar on "The Song Remains the Same" I thought "this is it".. I remember the Les Paul, the dragon outfit, the Cello bow... Oh man, that got me right there. I was 7 or 8, I guess.

I'm still surprised by how cool my "Guitar Bizarre Vol.1" sounds. It was recorded with no microphones, no preamps, no fancy gear. I plugged my guitars on an old Fender Dual Showman and recorded everything in line. Same thing with the bass. The limitation brings some really cool stuff in us if we are not afraid of dealing with it.

I do believe it's easier to create something beautiful after you learn a whole lot of information and just throw that out when you are ready to do so. Yes, I do believe theory is very important on your way to build your musical path.

I'm like a stray dog, always gathering information around, digging old records, playing with different musicians from different parts of the world. I do read a lot, people like Eduardo Galeano, Christopher Hitchens, Neil Gaiman... I get inspired by science a lot. I love guys like Richard Dawkins, Sam Harris, Lawrence Krauss. I like poetry more and more. Roberto Piva, from Brazil is a must. I like Opera a lot. Oh, and I love Tom Waits, which sums up pretty much everything in life. Hahahaha.

Originality. To not "fear" music. To be able to have fun while playing really well. People that respect the power of melody.

Well, a good instrument inspires you. Sometimes you pick a crooked guitar, full of imperfections, and you get inspired by the sound, the vibe of it. You feel like writing a song just because of that thing. Those are great.

I do remember Marc Ribot saying something like: "If you are invited to play in New York, it doesn't matter if it's a jam, a paid gig or a 3am Blues session at an empty bar, you better kick some serious ass...". Ha! That was a great advice and I keep pursuing this, both in respect to the audience and the other musicians you are playing with, but also in respect to your work, your craft.

I mainly use N. Zaganin guitars (mostly Teles) while on stage. They are just great. Inspiring and just "right". I do have some old Gibsons and Gretschs, mostly old Archtops, to record with. I like everything with strings, like lapsteels, pedalsteels, mandos, banjos, all sorts of acoustics... It's good to have different flavors around.

In two weeks I'll be recording two different records, both singing. One is in English and the other is in Portuguese. I'm pretty excited about them. I'm trying to release my latest instrumental one ("Music for Drama and Cloudy Skies") in Vinyl, here in Brazil. I'm also working on two other instrumental projects with Mr. Pete Curry, in Los Angeles. I just put together a fun trio here in Rio de Janeiro so, hopefully, I'll be playing this set for a while.

One thing that my first teacher did - and, at the time I wasn't sure why he was doing so - was that he recorded sound effects on a cassette tape and asked me to write down what I was listening to. I remember an ambience inside a train, for example. Another one was a field with birds, rain and a waterfall. Well, the guy was training my perception... I didn't think about that at the time, I just did it cause it was fun. Now I understand the power of that process and I can assure to myself that I got interested in production, arrangements and orchestration because of those exercises and because of him. I'm very thankful about this. 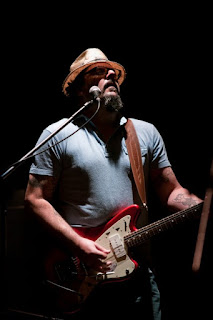 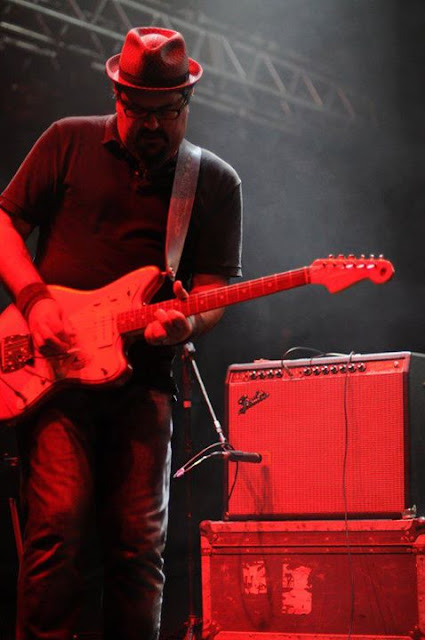