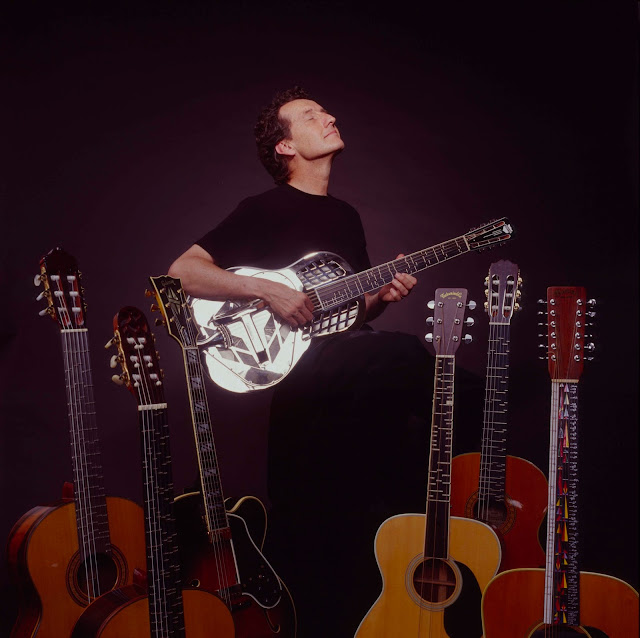 John Schneider is a classical guitarist born in 1950 in Los Angeles, California. He performs in just intonation and well-temperament, including pythagorean tuning, including works by Lou Harrison, LaMonte Young, John Cage, and Harry Partch. He often arranges pieces for guitar and other instruments such as harp or percussion. He holds a Ph.D. in Physics & Music from the University College Cardiff (Wales), music degrees from the University of California and the Royal College of Music [London], and is past President of the Guitar Foundation of America. 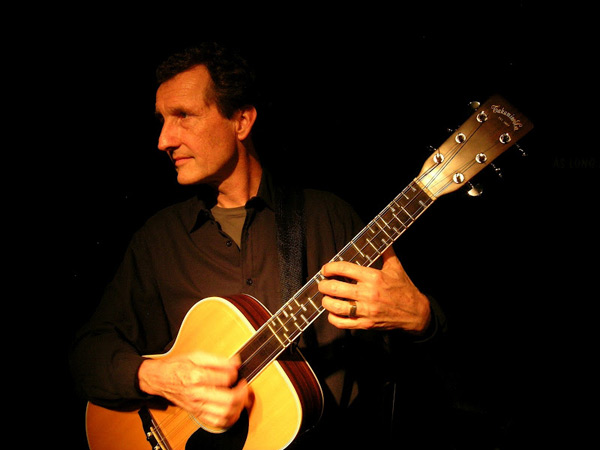 John Schneider is a professor of music at Los Angeles Pierce College, hosts the KPFK weekly radio program "Global Village", and is founder of MicroFest.

He is also the founder and musical director of Partch, an ensemble dedicated to the music of Harry Partch. With this ensemble, he won the 2015 Grammy Award for Best Classical Compendium for Partch: Plectra & Percussion Dances (Bridge Records, 2014). Partch is a Grammy-winning and twice Grammy-nominated group that specializes in the music and instruments of the iconoclastic American Maverick composer Harry Partch who, between 1930 and 1972, created one of the most amazing bodies of sensually alluring and emotionally powerful music. He owns several copies of different instruments designed by Partch as well as a collection of guitars with microtonal fretboards.

In 2015 he published a revised and enlarged edition of his book The Contemporary Guitar.
This is his personal page where you can find some amazing scores. 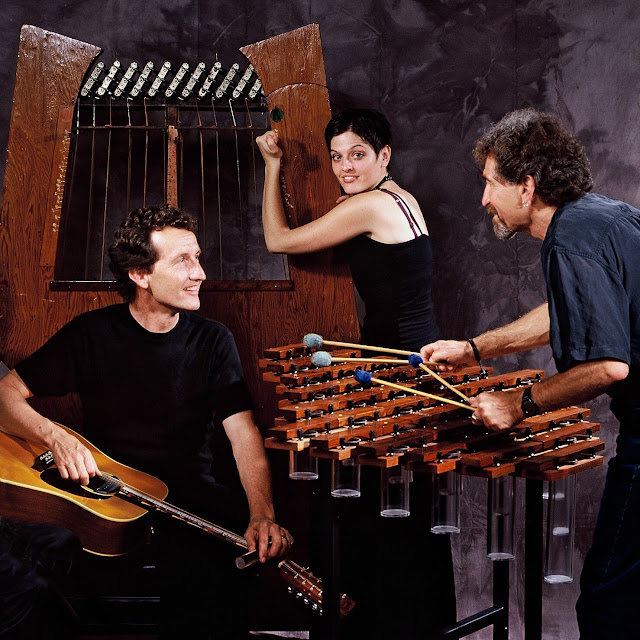 ...to be transported, amazed, confused, elated, inspired, and emotionally exhausted.

My instruments are almost all refretted, or at the very least, capable of playing notes not available in the standard 12/tone equal temperament. One, that was invented by Walter Vogt, uses sliding frets [one fretlet, per note, per string] that I use for Bach, Dowland, a song cycle written for me by Ben Johnston [The Tavern] and as an intonational ‘sketch pad’ before I permanently refret an instrument, or make a Switchboard. 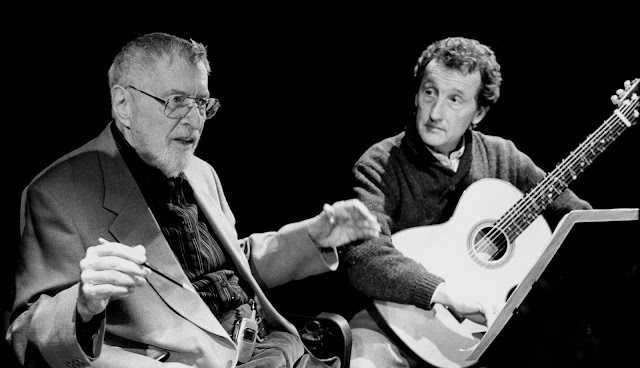 with Ben Johnston at San Francisco’s OTHER MINDS 14

One of the most memorable moments was singing Harry Partch’s music at the San Francisco Symphony – the acoustics were just right, the crowd incredibly receptive, and the performance spot on. One of those magical moments. 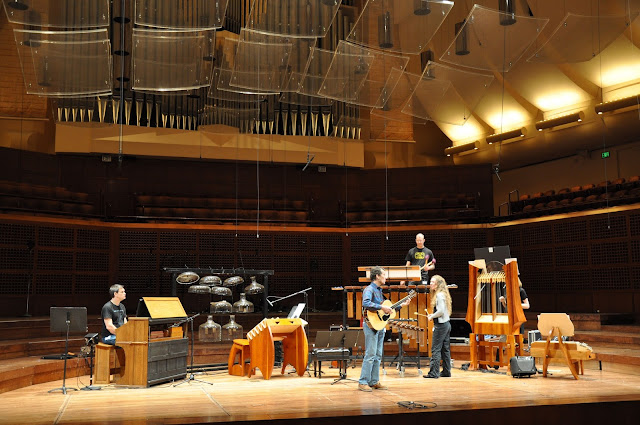 At the tender age of nine, I was on a beach with some family friends, and a kid a few years older pulled out a ukelele – I was completely captivated. How in the world could changing where he put finger of his left hand produce such amazing difference——chords! I had to possess this magic….and ended up getting a baritone uke a few months later. 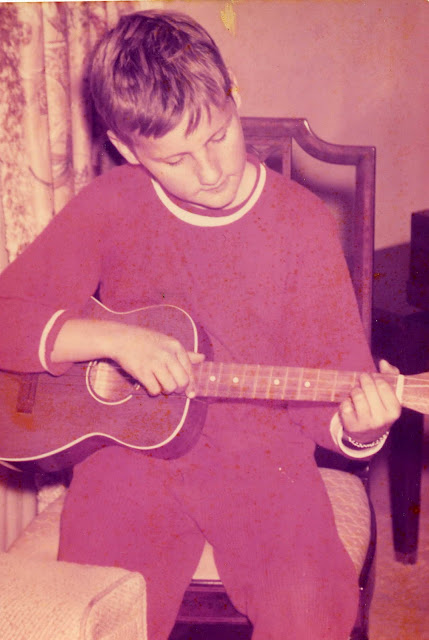 Any instrument has something to offer, though it may take a while to find out exactly what that is…a bad instrument is one that stops the flow of expression, while a good instrument seduces you – you just can’t put it down – and challenges you to new heights.

Learning was by ear from the very start, and watching people. No YouTube then! Playing records over & over trying to catch the voicings, the changes, the rhythms, the feel…eventually a few lessons at a local music shop…then at age 20, taught myself to read music.

Technique is of profound importance—if you can’t use your hands to make the sounds that are in your head, then it’s a deep disappointment. This yearning can inspire new techniques, or certainly gets me to practice a whole lot more… 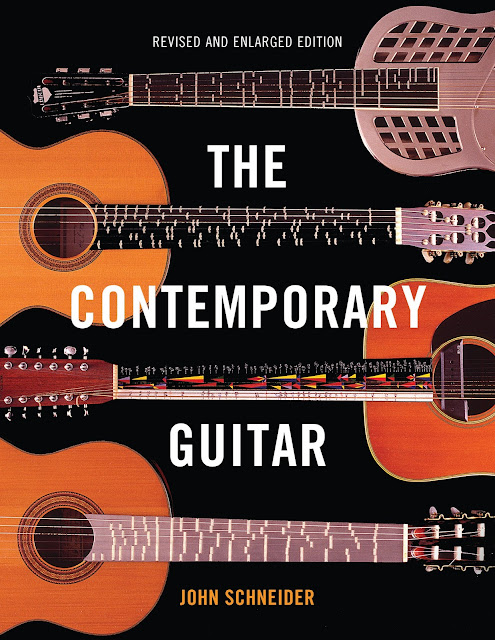 I started in folk music, then played surf music, rock & roll, jazz, and finally classical…then I heard Stravinsky’s Rite of Spring, and everything changed. I took up composition, and left the guitar for a while because it couldn’t (it seemed) produce the wild harmonies, textures, melodies, & rhythms I heard in the orchestra. How could I play Fernando Sor & Bach when there was music like Stravinsky and Schoenberg in the air?
But there MUST be guitar music that could do that….so I started researching, which resulted in a book -  https://rowman.com/ISBN/9781442237889/The-Contemporary-Guitar-Revised-and-Enlarged-Edition  The answer? Hell yes! the guitar could and has done all of that, too!

I search daily for new harmonies, new melodies, and new rhythms that I’ve never heard before – there are so many notes that no one has experienced before, just waiting to be discovered. I hear new combinations every day, which simply inspires me to go further – writing new pieces that explore them.

My perfect guitar has moving frets, exquisite on-board miking [I use a pair of DPA 4061’s], and every note speaks beautifully. One with nylon strings, and one with metal would be great…I’m almost there! I prefer acoustic sound over ‘electric,’ having lived extensively in both worlds.

My craziest project [so far!] has been the reconstruction of all of Harry Partch’s instruments in order to play his amazing music. Out of the 25 he made in his lifetime, I’m now working on #16 & #17, a Gourd Tree, and a new Boo.


But I also play many other Partch instruments – the Adapted Viola, as well as harmonic canon:

I’m almost done with a new album for solo National Just Intonation Resophonic Guitar to be released on MicroFest Records [photo]. Having just released a Concerto for refretted guitar & gamelan, and music of John Luther Adams, we have an amazing new album coming out next year of music by Jeffrey Holmes – amazing microtonal guitar duets, a concerto for micro guitar + another for microguitar duo…I’m also recording an album of Erik Satie’s enharmonic music for refretted guitar, and am preparing Volume 3 of the Music of Harry Partch for Bridge Records.


I will continue to present extraordinary microtonal music at MicroFest– now in it’s 19th year, and I'm writing a series of new works for Partch instruments, and I’m almost done with a new album for solo National Just Intonation Resophonic Guitar to be released on MicroFest Records, a place where you can always hear LOTS more music! 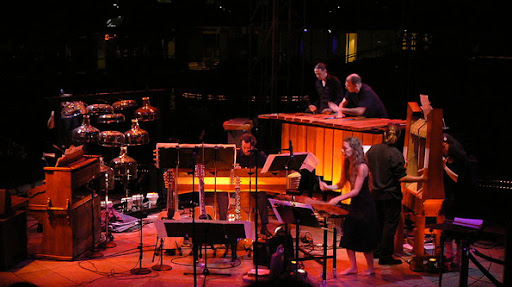 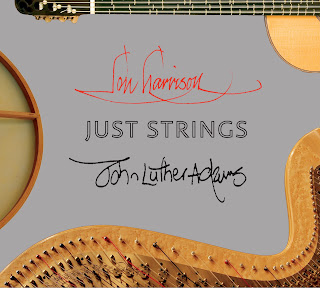 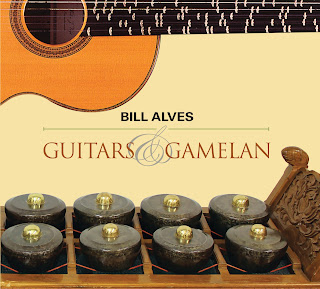 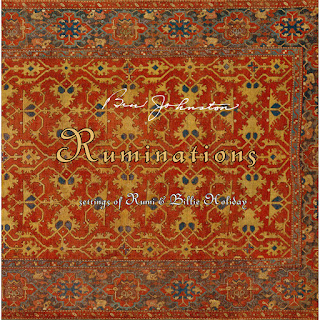 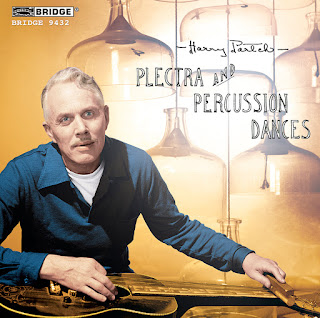 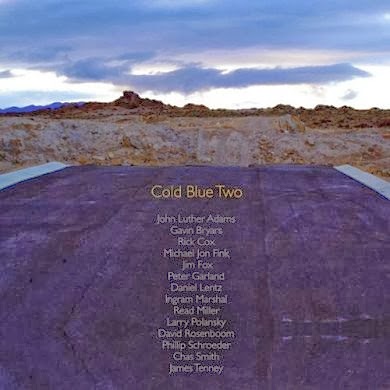 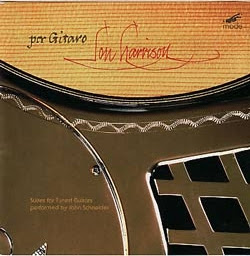 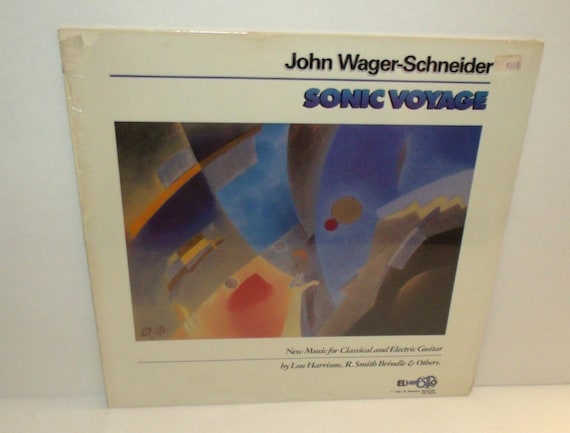 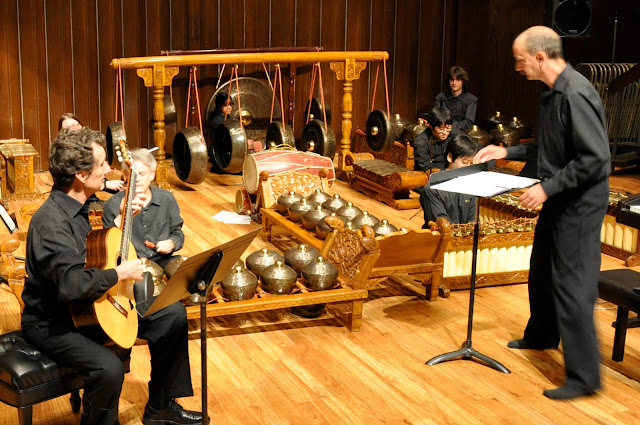 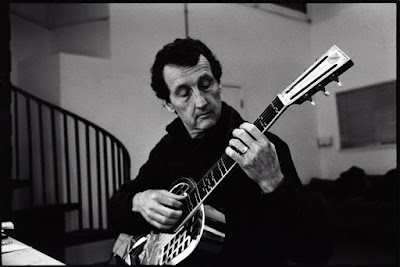