This video shows ATOMIC GUITARS` performance played by radiation-contaminated soil which was sampled in Tokyo National University of the Arts Toride Campus on 5th July 2011, located 118.2miles from the melted down reactor of Fukushima Daiichi Nuclear Power Plant.

At the “ATOMIC SITE” exhibition held during this summer in Tokyo, I showed a piece called Atomic Guitar. It was set up so that whenever the guitar picked up any radiation in the soil of the Toride Campus of Tokyo University of the Arts where I work as a part-time lecturer, its strings would automatically make sounds by vibrating. 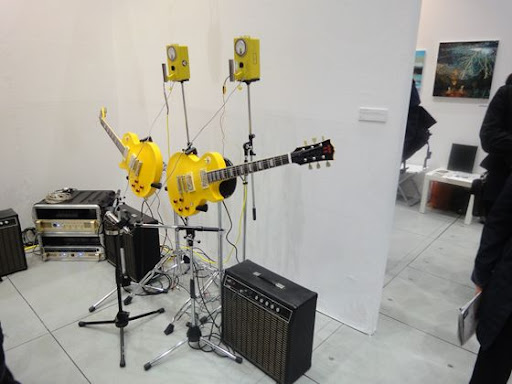 Radiation creates beautiful sounds. It is a very cruel sound, but it is an expression of the current reality of our lives. The idea of going forward with our lives while changing such poison as radiation into medicine we call music—I believe the piece contains such hopeless kind of hope, the idea of pharmakon-like ambiguity. 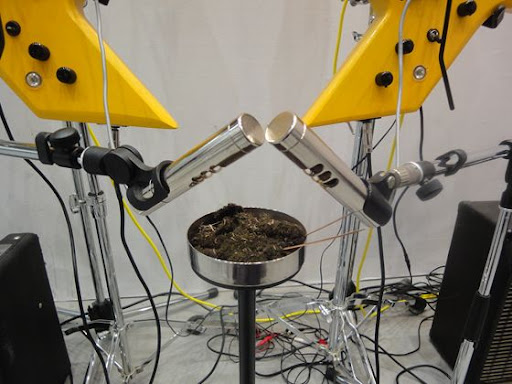 When we sing, too, we have no choice but to sing with breaths that have radiation mixed in. Even so, the song must contain some kind of a heart. What was contained in those nuclear power plants scattered and reached us from Fukushima. I feel so strongly, as an internal skin sensation throughout my body, a sense that I have become one with the radiation. And it tries to get out by breaking out of my body as vibration.