Justin Lépany is a French guitarist, composer and photographer based in Berlin. His music was performed in Berlin, Paris, London, Zürich, Milano as well as Rio de Janeiro, Mexico City, and Minsk. He plays solo, with his duet Hydroglisseur and SJJL with European free jazz cult figure Sven-Åke Johansson. His composition for bells Ringing Peace was premiered during the opening of the 2014 Peace Nobel Prize ceremony in Oslo.


“I was born in Tokyo in 1980. My mother is French and my father is American. In my teens, I started to play the guitar in various bands and studied Jazz in a music academy and then Musicology at the Paris 8 University. In September 2004, I travelled to the UK to study at the Music School of Cardiff University. In October 2005, I graduated and moved to Berlin where I work as guitarist, composer and teacher. 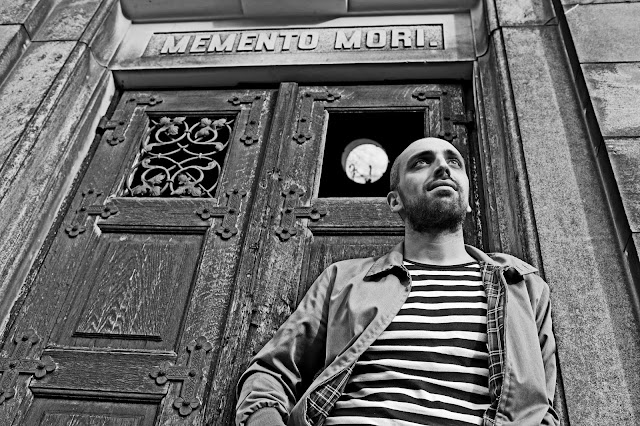 My style is heading somewhere between my influences. When I first started to play, I was more into Heavy-Metal (Pantera, Joe Satriani, Metallica…) and Blues (Robert Johnson, Stevie Ray Vaughan), a solid basis on which I could add my others main influences: Jazz (George Benson, Pat Metheny, Bill Frisell…), Ancient and Contemporary Music (Early Music, Debussy, Bartok, Ligeti …) and World Traditional Music (Balkan, Middle East, India…). 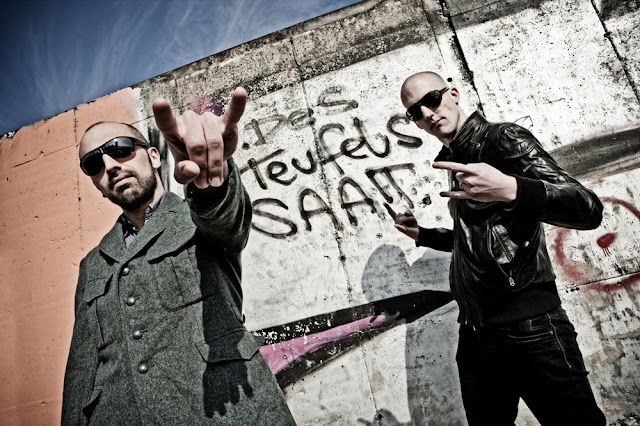 As a composer and performer: my philosophy of music is simple and founded on one and only value: honesty. It may sound cheesy so please let me explain. On the one hand, a musician should always look forward and search for new directions and experiments to do; on the other hand, one must never deny his influences. Far too much musicians belong to two opposing categories that make no sense to me: some are stuck in the past and some won’t even acknowledge the past.

On top of that, a musician, even ambitious, should accept that one can only be good at one or a few different things. I’m tired of all those people who pretend they can play, compose and teach Flamenco, Jazz-fusion, Delta Blues, French Baroque Music and Death Metal (and that’s the shortened version) on a top-level when some of the greatest musicians spend a full lifetime exploring the same style. Faithful to those principles, I just work hard in order to be hopefully able to say one day: I’ve found my very own style.”

1. Can you describe a sound experience that you believe contributed to your becoming a musician?

My mother used to tape an acousmatic music show on some French Cultural Radio back in my early childhood and play it for me through big headphones. It was called L‘Oreille en colimaçon and told the stories of a young girl called Tintinabule lost in an underground land solely made of sound and crowded with sound monsters, sound giants and sound sorcerers. Everything sounded like Pierre Schaeffer or Pierre Henry and I would sit for hours, just listening. It was both extremely freaky and very fascinating.

2. Which was the first and the last record you bought with your own money?

The first record I bought was Guns n‘ Roses‘ „Appetite for Destruction“ which I still love very dearly. The last one was an old recording of my favourite opera: Pélleas et Mélisande by Claude Debussy. (Actually, I just realized that the very first record I might have bought could be a tape of Vanilla Ice‘s first album but...).

I share my time between practising the guitar, composing pieces, managing my career and a healthy dose of teaching. Every day is different but whatever happens, I try to practice and compose for 3-4 hours in the morning before doing anything else.

4. Which work of your own are you most surprised by?

Agnes (in Redemption) for solo electric guitar and photography. This piece is the opening of my album of the same name and was in the beginning conceptualized as an art work for an art show in Paris in January 2015. It was the first time that I was asked to deliver a work mixing my music with my photography, a great challenge to me. I had been practising, conceptualizing, trying out and recording millions of ideas over the course of several months but still could not see what the piece could possibly sound like. Time went by and the day before the exhibition, I was preparing myself for the most horrible 24 hours of my life and just started recording with a very rough 4-parts structure scribbled down on a piece of paper. I recorded one take mostly improvising and when I pressed „stop“, I just knew it was there. I guess it was the spontaneous output of months of work mixed with the creative hurry but -since it is a religious work- I like to think that it was a gift from above.

5. What's the relevance of technique in music, in your opinion?

Technique is not important at all. He who has found his own musical voice does not need technique by any mean. Albert Collins is a perfect example. He barely used more than 5 frets of his Telecaster while playing but no matter how much you try and how much you pedal board costs, you will never sound like him.

6. How do you feel listening to your own music?

I usually feel very uncomfortable. The performance can be inspired and flawless, the production can sound like a million dollars but it doesn't matter: it always exactly feels like listening to the endless heavy metal jams I was recording on tape at the tender age of 14 with my sister‘s karaoke station. It gets easier when I am listening to other people playing my music but I still tend to focus on the mistakes.  To be frank with you, I don‘t like that state of mind and wish I could listen to my music with fresh ears and appreciate it for what it is. I used to believe that anxiety, insecurity and self-punishment were a good thing for an artist to keep him edgy and creative but do not anymore. Who shall cherish your music if you don‘t?

7. What special or extrange techniques do you use?

I don‘t use external tools or so called extended techniques and prefer to work on the natural possibilities of the guitar. The way one uses the pick or his fingers for instance can have a huge impact on the sound and open new perspectives if one goes deep enough into it. I often use alternate tunings (for example low A# A D G C F from bottom to top) and a delay to expand the dynamic and harmonic range of the instrument.

8. What instruments do you use?

Guitarwise, I play a some kind of Frankenstein Telecaster build by a friend ("La Telecaspierre") , a Fender Stratocaster classic 50 and an Epiphone E-175 with Gibson pickups. My amps are both Fender: a Twin Reverb for the studio and a Blues Junior for concerts. I mostly use two pedals -a Boss DD3 and Fulltone Plimsoul- plus sometimes a Boss GE-7 equalizer for tonal correction or boost purposes.

9. Tell me one musical work which has provoked a change in your music.

Ted Greene's rendition of "Send in the Clowns" from his album Solo Guitar. The cascade of harmonics, the subtle references to baroque music, the beautiful colours of the chords: everything is so musical and so beautiful. I have this vision of the solo guitar that I have been chasing for years and Ted Greene just made it true and gave me hope when I heard it for the first time last year.

10. What is your relationship with other art disciplines?

Extremely strong. Photography is my second life and I love painting and poetry as much as I love music.

11. What would you enjoy most in an art work?

Simply beauty. I don‘t care about the technique, the complexity, the concept or the intention behind a piece of art. I just want it to strike me with pure, simple and sincere beauty.

12. What is some valuable advice that someone has given to you in the past?

Shut up and play!

2015 was more or less entirely dedicated to the recording, the concerts and the promotion work related to the release of my album Agnes (in Redemption) (on Creative Sources - Cs322). Beside that
I was working on a composition for mixed choir called Le Temps coule for the Vocalconsort Leipzig and just got finished. It is a spiritual, metaphysical piece which will be performed among other vocal works from the Renaissance in different cathedrals in Germany this summer.

Right now I want to take a little time out to do some research, practice and work on my improvisation and harmonic skills before rushing into the next projects which shall be a new release with my duet Hydroglisseur, plenty of concerts and a piano piece for a project dedicated to Beethoven. 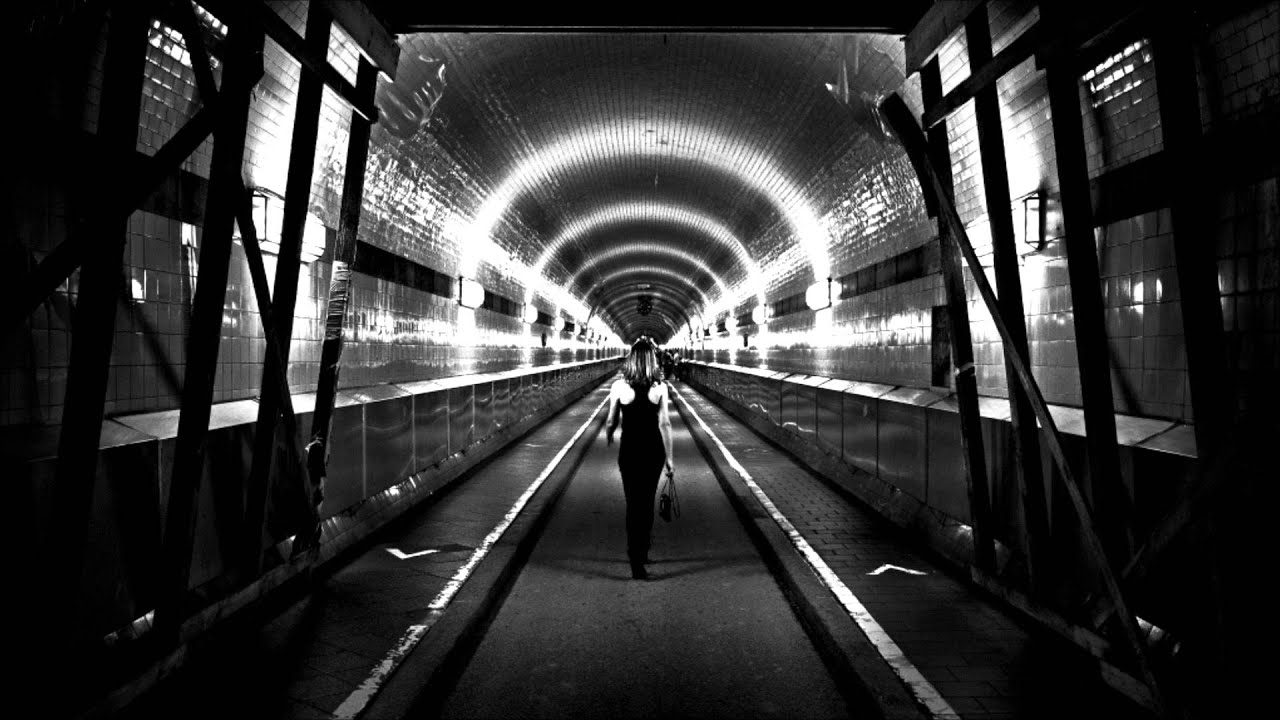 2015 Hydroglisseur - Where the Light dwells
DVD 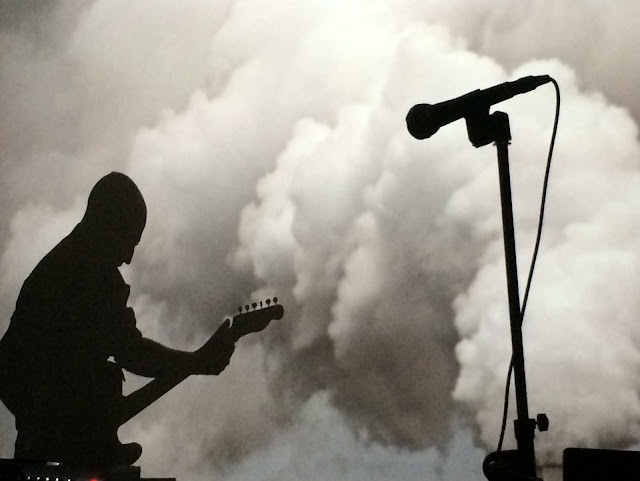 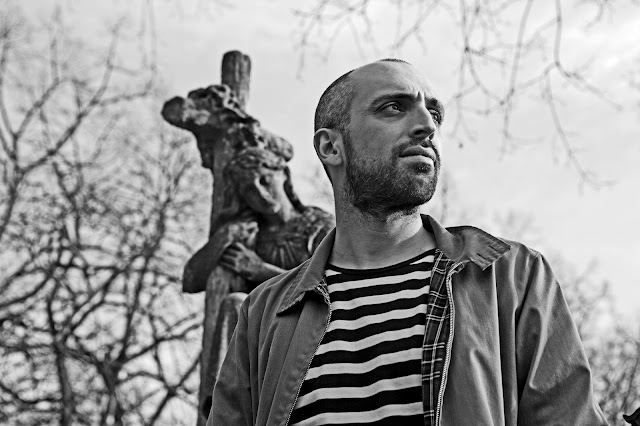