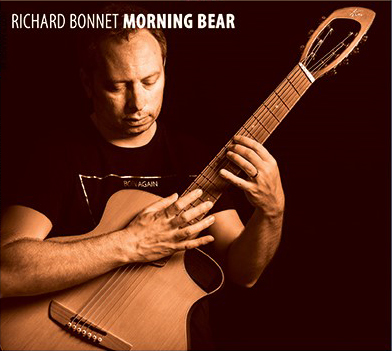 
What's in the genesis of Morning Bear?

I love playing solo guitar, electric or acoustic, and I have for many years. Usually, I prefer to improvise and not to compose. The primary focus was to expand myplaying by exploring languages in the 20th century european classical tradition, in addition to the freedom of the blues.
French luthier Fred Pons (KOPO) made this guitar for this project, a Sorbus Ouessant seven string acoustic guitar.

What is new in this last work about your playing forms?

I think it's my most personal recording because I'm alone.
I wanted to learn about myself by composing for solo guitar, which was hard work! The main thing was to find a way to interweave writing and improvisation, working with a standard tuning, except on Coney Island Line where I used a partial capo. I didn't prepare my guitar on my compositions, but I used many extented guitar techniques, like tapping, harmonics or percussion. 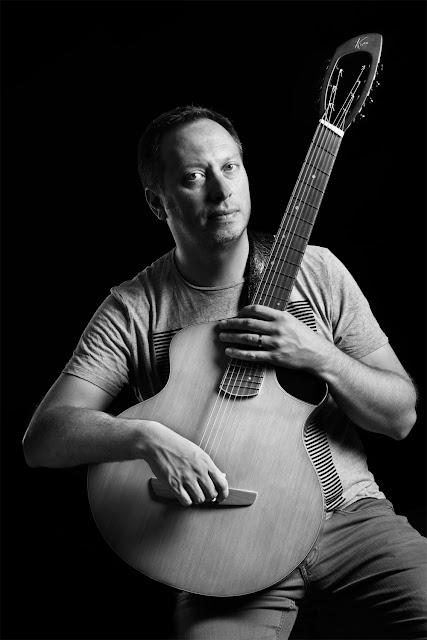 What was the strategy to record these compositions?

There's no strategy to record these songs. As always, I recorded in New York with sound engineer John Kilgore. I feel like I’m in my kitchen in his studio. Each song was recorded very quickly, without overdubs, in one take to preserve the spontaneity.
There are four short improvisations on the CD, because the recording was so fast that I decided to play these improvisations like interludes.

I feel a path rooted in blues to new european composition flavors, with a solid rhythm acoustic basis...

Right! rhythm is fundamental in all my projects. I like to explore new ways with polyrhythms.
The blues are my childhood roots, classical europeen music is"newer" for me, so some of my classical guitarist friends helped me. It was very interesting to discover that I was so close to some contemporary classical composers.

In which way do you embrace the acoustic sound?

The acoustic is very natural for me, and to work with a guitar like my KOPO Sorbus is so easy. The sound is very rich, and with this hole on the top of the body, I felt very close to the sound, which changed everything!
I have never played on such an amazing guitar before.... thank you KOPO. 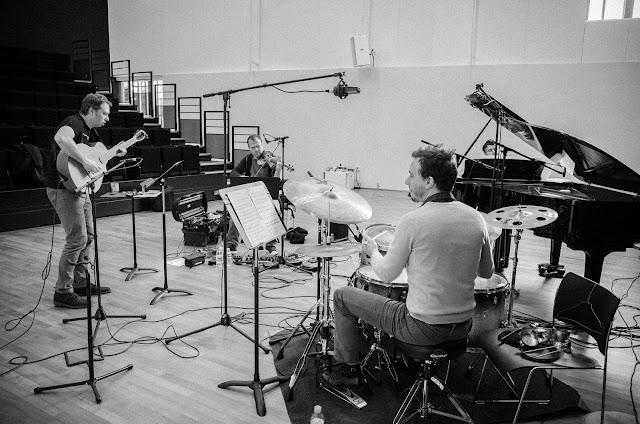