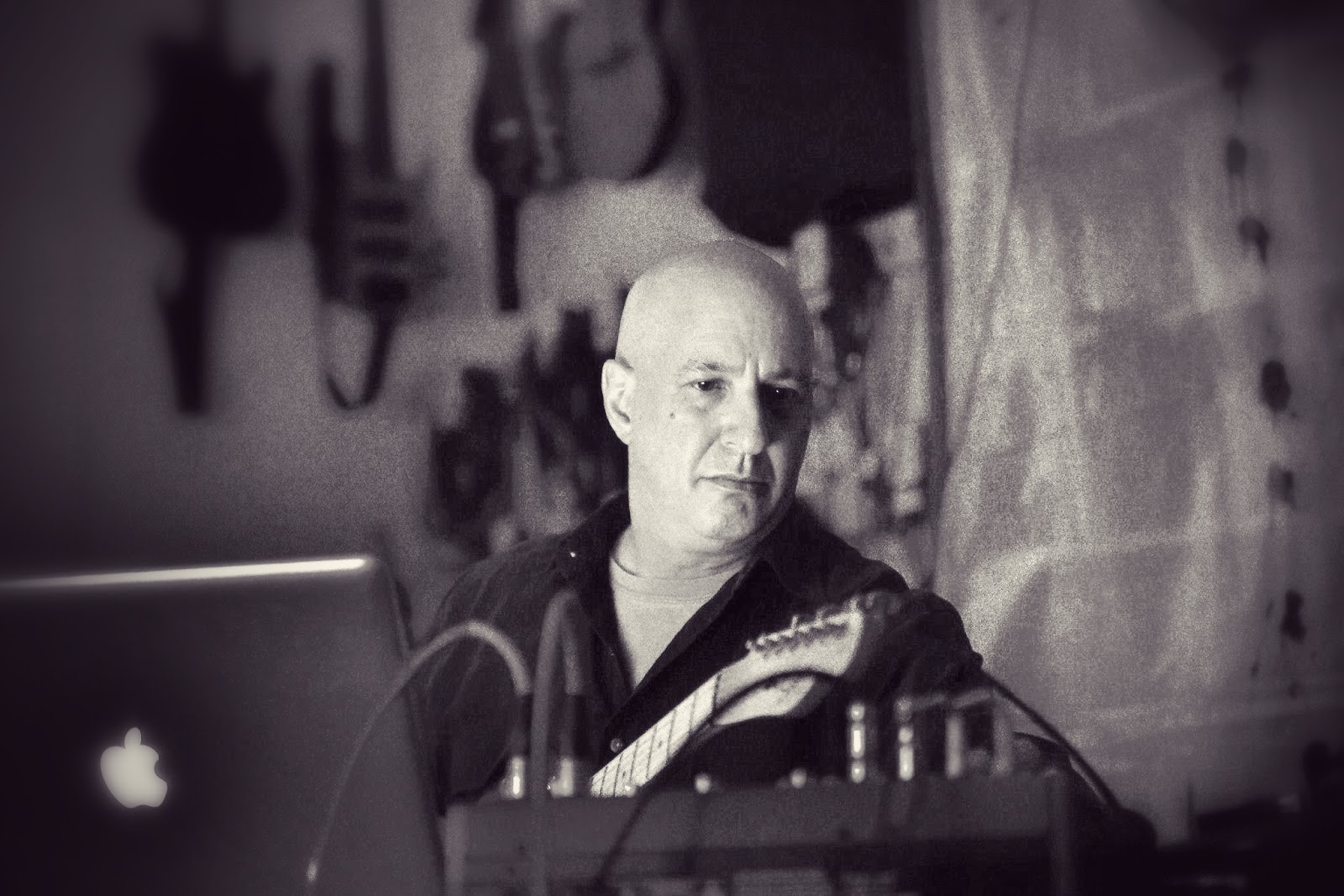 David First has always been fascinated by opposites and extremes. At 20 he played guitar with renowned avant-jazz pianist Cecil Taylor in a legendary Carnegie Hall concert. Two years after that he was creating electronic music at Princeton University (recently released on Dais records) and leading a Mummer's String Band in Philadelphia parades. He has played in raucous drunken bar bands, semi-legal DIY basements and in pin-drop quiet concert halls with classical ensembles. As a composer First has created everything from finely crafted pop songs to long, severely minimalist droneworks. His opera, The Manhattan Book of the Dead, was staged both at LaMama’s Annex Theater (NYC) in 1995 and in Potsdam, Germany in 1996. 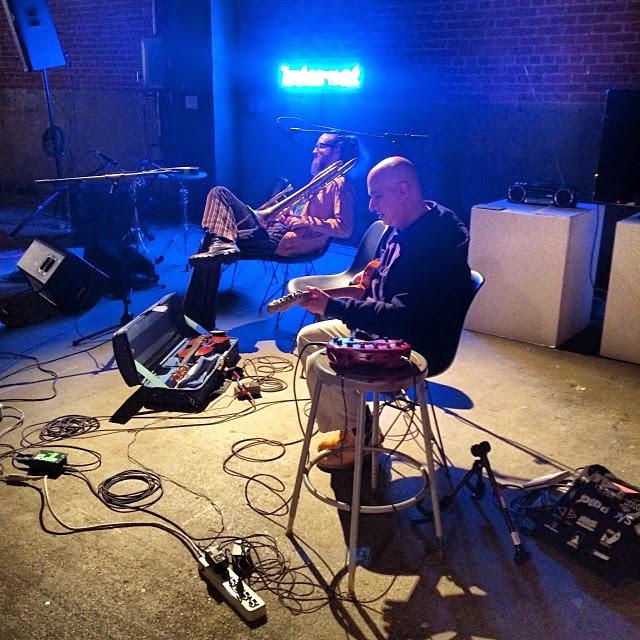 His 2011 song and video, We Are (with vocals by TV on the Radio’s Kyp Malone), was released to much acclaim in the Occupy Movement and was officially released on the compilation Occupy This Album which also featured tracks by Patti Smith, Jackson Browne, Willie Nelson, Yo La Tengo, Yoko Ono a.o. First’s performances often find him sitting trance-like without seeming to move a muscle, unless he is playing with his psychedelic punk band, Notekillers, at which time he is a whirling blur of hyperactive energy. He has been called "a fascinating artist with a singular technique" in the NYTimes, and "a bizarre cross between Hendrix and La Monte Young" in the Village Voice. 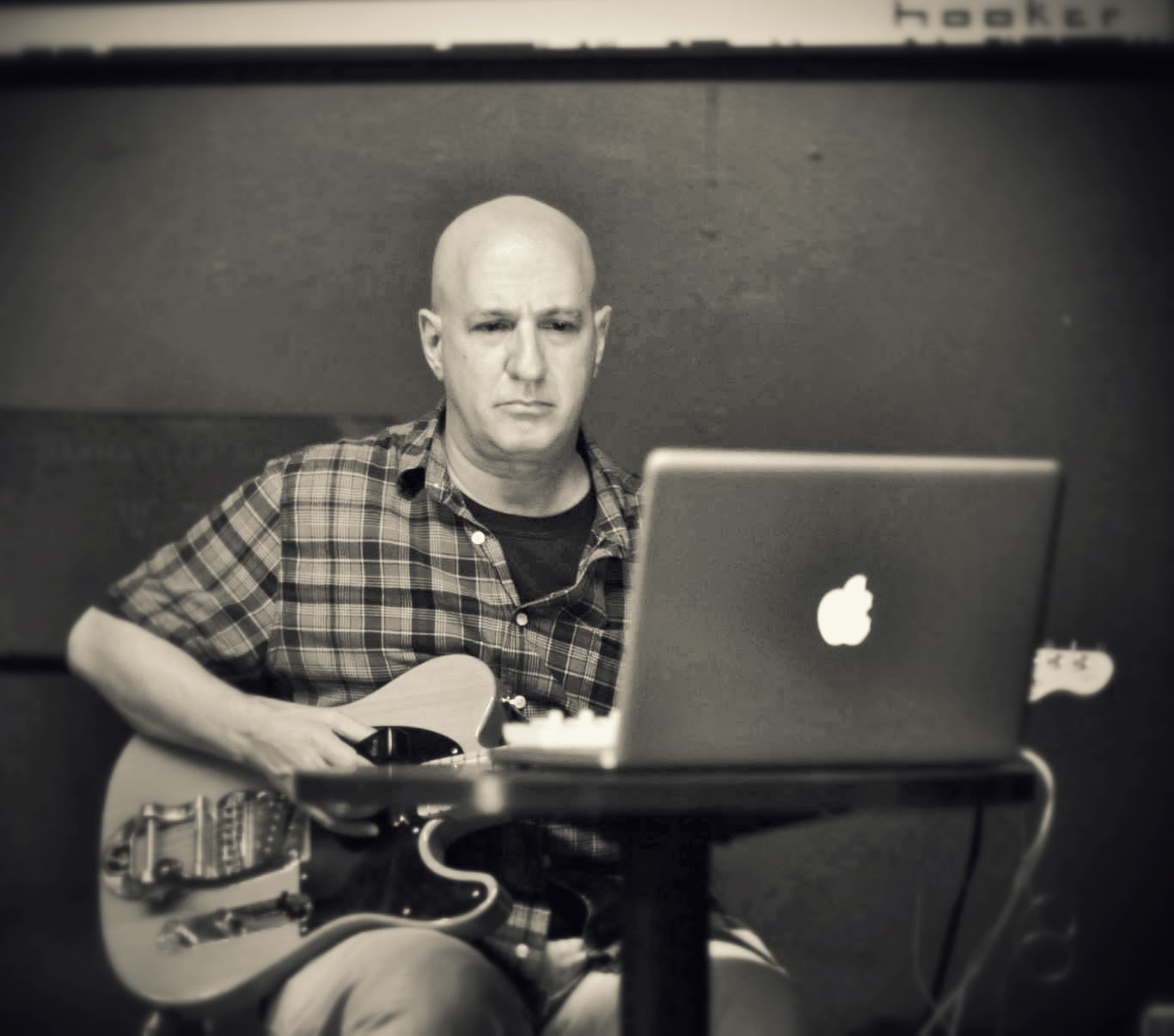 A 45 single released in 1980, The Zipper, by Notekillers, was cited by Sonic Youthʼs Thurston Moore as one of the songs he played for the rest of the band when they were starting out. Moore called it a "mind-blowing instrumental single" in the British rock magazine Mojo and “a big influence” in the Philadelphia Inquirer. 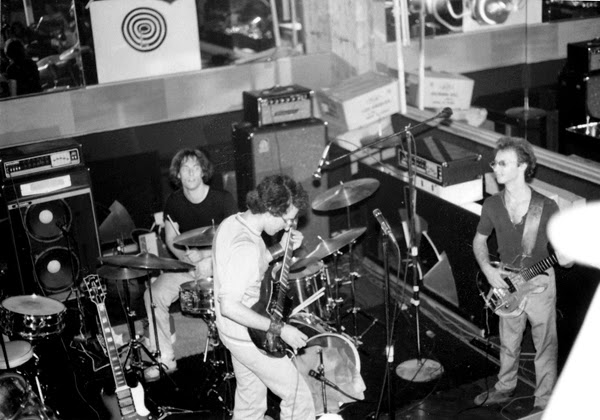 He has had music released on Ecstatic Peace, Prophase, Phill Niblock’s XI, Dais, Razor and Tie, Ants, Jajaguar, CRI, Homestead, and OODiscs. Recent projects include SWATi (Spherical Waveform Audio Trance Induction) – a collaboration with acupuncturist Isobeau Trybula at Worksong Chinese Medicine in Greenpoint, Brooklyn. SWATi is an outgrowth of his Operation:Kracpot which was an internet collaboration with geophysicist Dr. Davis Sentman of the University of Alaska (Fairbanks). Both involve the sonification of the atmospheric phenomena known as the Schumann Resonances and human brainwaves. 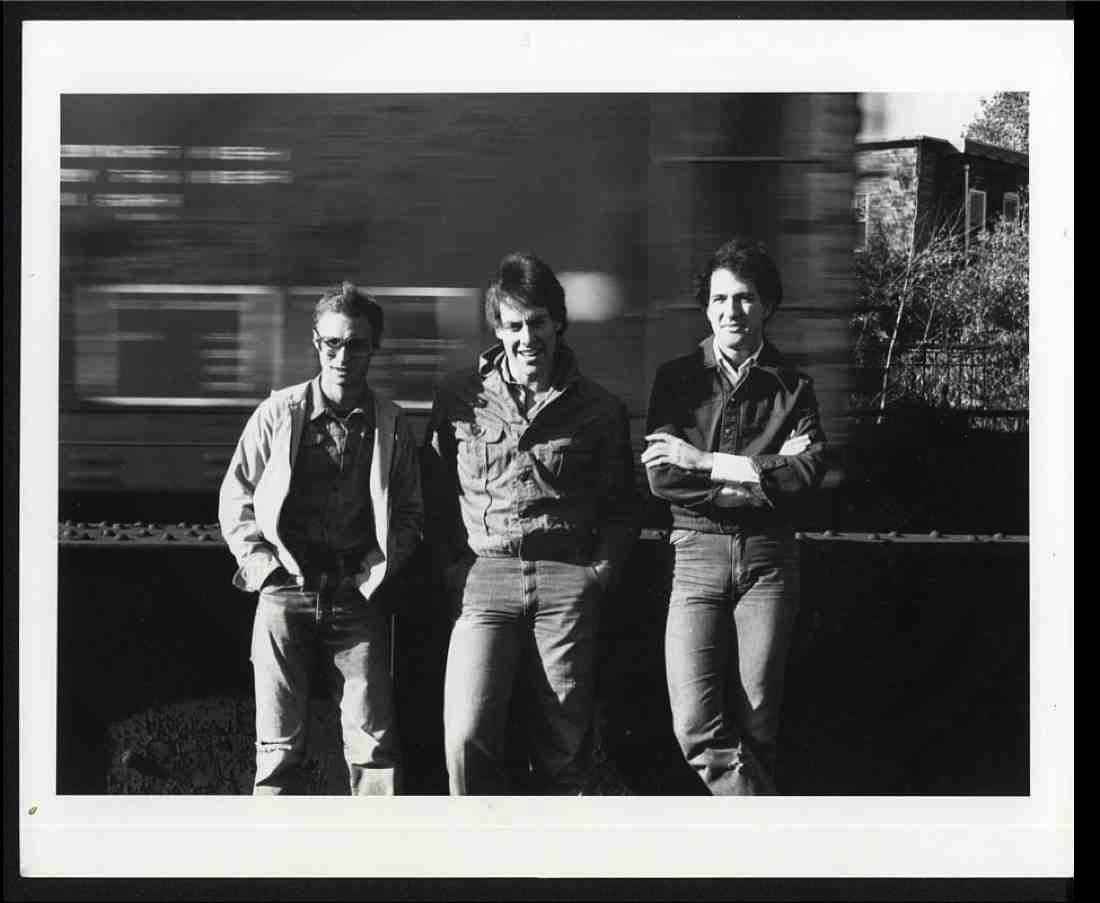 Other projects include The Western Enisphere - an audio/visual exploration of just intonation psycho-phenomena, and the AM Radio Band, which incorporates the repurposing of vintage signal generators, audio oscillators and transistor radios (a recording of which will have a spring release on Robert & Leopold). He is also the proprietor of Dave’s Waves – A Sonic Restaurant installation that has been presented in Lier, Belgium (2002), Berlin (as part of Sonambiente in 2006) and Leeuwarden, the Netherlands (2013). 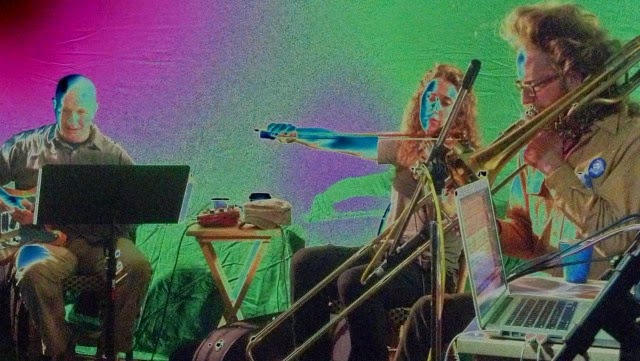 First has received the Grant to Artists from the Foundation of Contemporary Arts, as well as grants and commissions from the NEA, the Copland Foundation, the Mary Flagler Cary Charitable Trust and the Meet the Composer Commissioning USA program. He has written articles for New Music Box and Leonardo Music Journal, receiving the Leonardo Award for Excellence Honorable Mention (2nd place) for his article, The Music of the Sphere: An Investigation into Asymptotic Harmonics, Brainwave Entrainment, and the Earth as a Giant Bell. He has also been featured in numerous publications. There have been articles about him in both Guitar Player and Keyboard Magazine as well as in White Fungus (Taiwan), MusikTexte (Germany), Arude, Atlantica (Spain) and Tape Op. There are chapters about his music in the books American Music in the Twentieth Century (Gann/Schirmer) and La Musica Minimalista (Antognozzi/Edizioni Textus), Music Downtown (Gann/UofC Press) and Rifugio intermedio - Il pianoforte contemporaneo fra Italia e Stati Uniti (Arciuli/Teatro di Monfalcone).

It was a beat up old round hole acoustic Stella that I borrowed from a relative. My grandmother was a singer and I used to drop the microphone from her tape recorder inside the hole to make it "electric"

I expect it to heal the sick, enlighten the ignorant and defy the laws of nature.

If by technique you mean the ability to accomplish and even go beyond what you set out to do, it’s everything. If you are talking about an established baseline criteria for a particular musical genre, that’s just sports competition and not interesting at all.

The ability to slow down and pare down and make an inspired, heartbreaking, sound out of a single note.

The sound that needs no variation

a) Working on something till you’re satisfied it’s everything it can be.

b) Doing something quickly and just letting it go as it is.

What are your motivations for creating music?

A guitar that has frets to bend against but also allowed one to slide smoothly to different locations on the neck unhampered by them.

Exploring and resolving the extremes of intuitive spontaneity and mathematical calculation.


I just began a year-long project where I pick an instrument each month and make an album. Last month’s (January) involved my AM Radio Band – a bunch of vintage tube signal generators, audio oscillators and transistor radios. The signal generators are modulated by the oscillators and broadcast through the transistor radios. This month’s (February) is all about my acoustic guitar and maybe harmonica. Next month I’m thinking will be my Korg MS20 mini analog synth. There will also be special guests invited to join in along the way. It’s all about diving a little deeper into each instrument and, at the same time, an exercise in not spending crazy amounts of time sweating over the recording process. 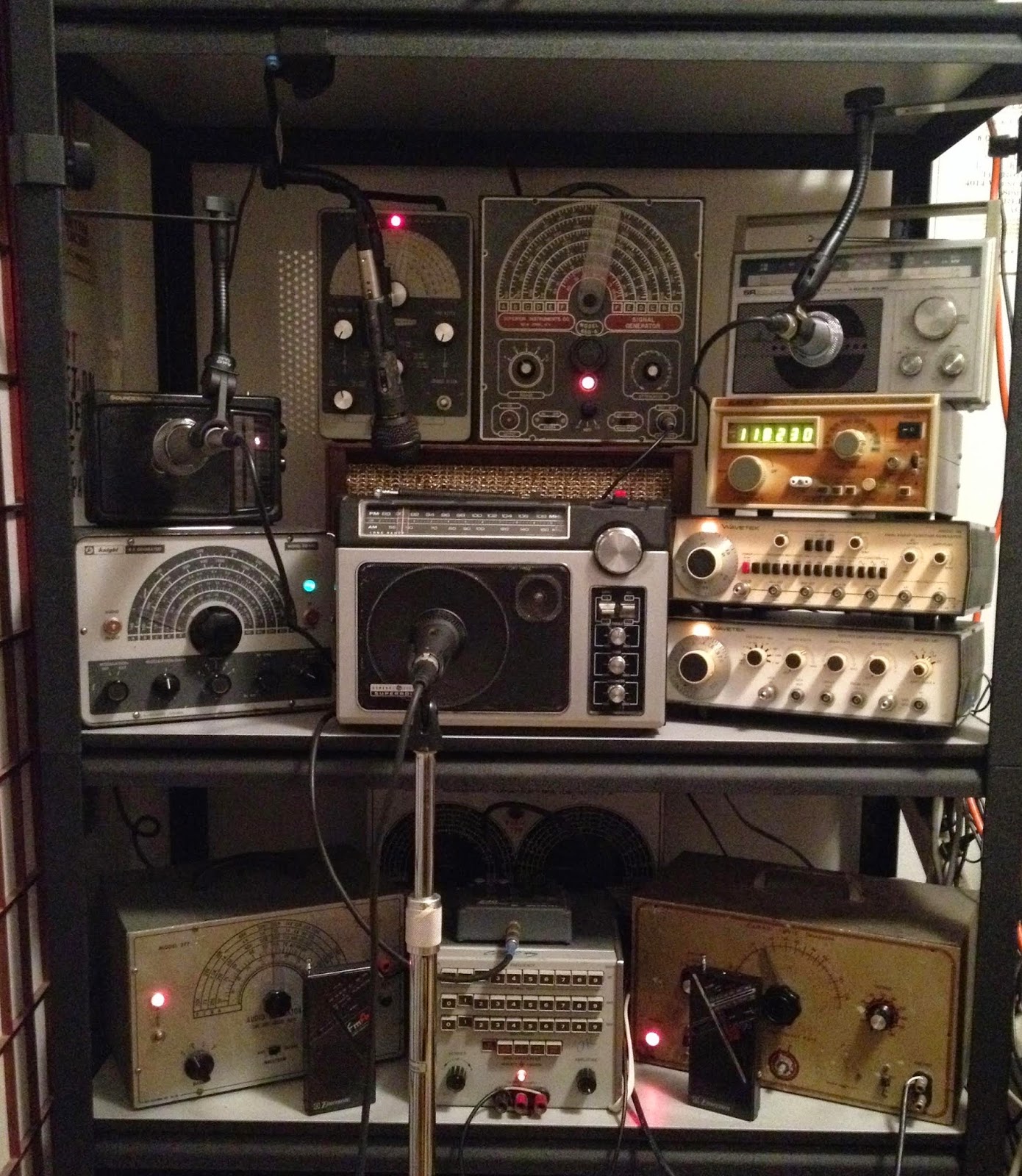 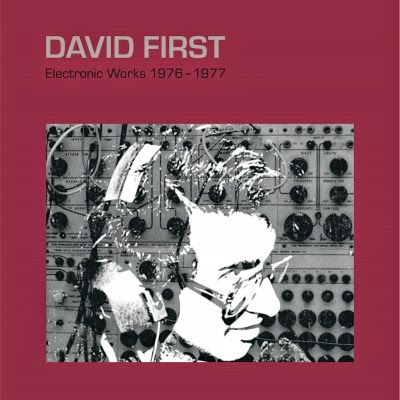 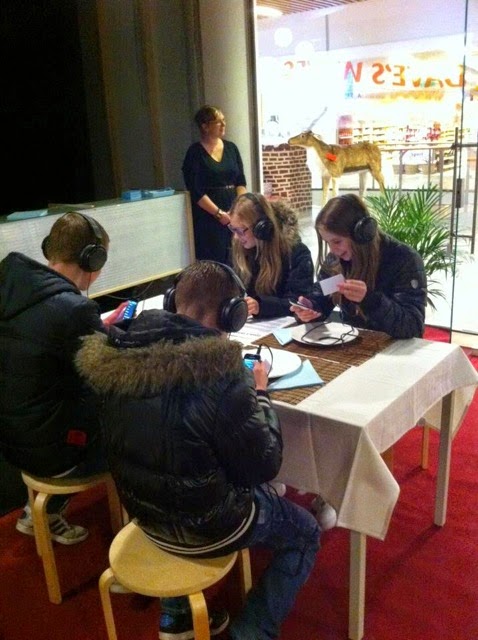 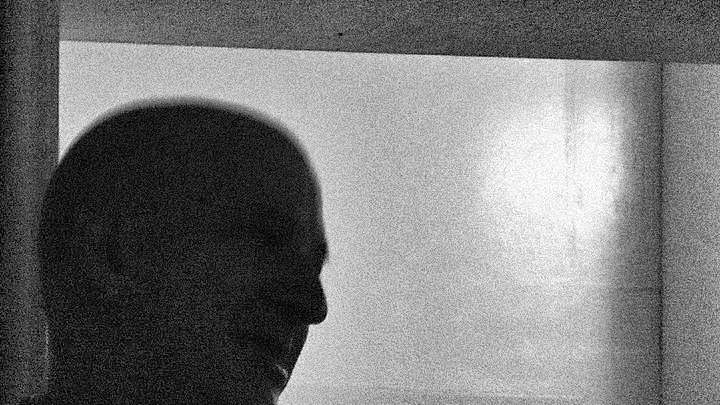