Richard Youngs is a British musician who operating as a solo artist as well as in cooperation with an international network of independent artists, and who may point to a highly varied as well as successful output. Childhood in Cambridgeshire and Hertfordshire emigrated to Glasgow, since the early 1990s. The list of his numerous publications begins with the album Advent, from 1990. While his main instrument is the guitar, he is also known for making use of a wide range of other instruments:including the shakuhachi, accordion, theremin, dulcimer, a home-made synthesizer (common on early recordings) and even a motorway bridge. He also released an album which was entirely a cappella. In a review of his CD Festival, from 1996, the journal Melody Maker characterized him as the


“grand-meister of contemporary British improv, spiritual son of Eddie Prevost and Maddy Prior; gentle manipulator of English hymn-notics and religious incantations; protege, challenger and radicaliser of folk, blues, rock, minimalism and improvisation; translator for the sea and the rain and the sky; ambassador to war and peace, to love and anguish.”

His music ranges from pure experimental, instrumental, minimal, and avant-garde through to folk-inspired songwriting and progressive rock, to electronics. In his more experimental projects with Simon Wickham-Smith and Brian Lavelle, the cacophonous roar is closer in style to '90s noise underground artists such as the Dead C, Sun City Girls, and White Winged Moth. Early works were characterized by a somewhat minimalist lo-fi production quality, with Youngs working mostly on a reel-to-reel 4-track machine or recording directly to minidisc. However, he has been using professional standard computer-based recording systems for over a decade.

For many years, live performances were very occasional and almost always in Glasgow; he has stated publicly that he finds live performance "incredibly nerve-racking: stomach cramps, tension headaches...". However, in recent years, he has performed more regularly (including a tour of New Zealand in 2010 and a UK tour in support of Damon and Naomi in 2011) and many of his recent shows have been predominantly vocal - he told The Wire (issue 284) "I went to a laptop concert and decided I was going to sing".

His music has been noted for its diversity, with Dusted saying that he had been "defying strict genre classifications since the early nineties, swapping labels, styles, partners, motifs, and recording techniques as the desire has struck him".  He has been recording for most of his life, telling Foxy Digitalis that "I've made music as long as I can remember - ever since I was a child - and recorded the stuff as long as I've had the technology - I began with a cheap cassette player. So, it's strange to think what it'd be like not to make or record music. It seems unnatural!".

A keen collaborator, he has released albums with Matthew Bower, Brian Lavelle, Neil Campbell, Stephen Todd, Makoto Kawabata, Alex Neilson, Andrew Paine (under their given names and under the group names Ilk and Urban Parable), Telstar Ponies, and his longest standing partner, Simon Wickham-Smith. He has performed live with Heather Leigh Murray, Vibracathedral Orchestra and also with Matthew Bower's groups Sunroof! and Skullflower. He was also a member of the collective A Band.

Youngs has also gained attention from his live performances for the notoriously reclusive American avant-folk/blues singer-songwriter Jandek. Youngs can be heard on the Glasgow Sunday, Newcastle Sunday and Glasgow Monday albums, which were recorded at Jandek's first 3 (known) live performances. He also appears on Glasgow Friday and Camber Sands Sunday.

He has recorded for over a dozen independent record labels, with VHF releasing much of his collaborative work and Jagjaguwar issuing many of his solo albums, their first being a reissue of Sapphie. Other labels have included Dekorder, Fourth Dimension, Freek, Fusetron, Majora, Table of the Elements, Volcanic Tongue and his own labels, beginning with Jabberwok in the 1980s, and then the self-deprecatingly named No Fans Records.
Richard founded No Fans Records 1990 and he releases only his own solo and collaborative work through the imprint with some items released in very small numbers. A number of No Fans releases have been reissued in larger editions by other labels.

I was 7 or 8 and I heard See Emily Play by Pink Floyd. Syd Barrett's guitar solo blew my mind. I'd never heard anything like it, I hadn't really heard much electric music, not much outside of my parent's tastes aside from an occasional edition of Top of the Pops, which at the time - early 70s - was pretty bland. Here was music that had, on first listen, no discernible tune. I just couldn't work it out.

I had classical guitar lessons for 5 or so years. I was a long time coming round to learning chords - years of plucking notes. I remember too as a teenager playing along to things like Public Image Ltd's Metal Box and early Cabaret Voltaire on a classical guitar.

Dream about your perfect work

It'd remain a puzzle to me. I like to be mystified by music. Is it good? Is it bad? I like the uncertainty. It comes back to the Syd Barrett solo - my inability to work it out.

I'm pretty much music all the way, though I like to take photographs. I've a Holga - I enjoy the point and shoot aspect of it. No mind photography.

I grew up in the Fens. It's very flat, not much happens for miles - a tree can be a major event. It's been suggested to me that this lack of drama translates to my music. I tend to avoid histrionics.

I'd like them to be a good person. I feel this is way more important than being a good musician.

If you could, what would you say to yourself 30 years ago, about your musical thinking?


What memorable responses have you had to your music?

For many years, there was next to no response. Perhaps mild bewilderment. No Fans was a statement of fact. Then it all turned around, bizarrely. I remember the first reviews - they were in Forced Exposure. Things moved on to where I was polarizing audiences. Some got it, some didn't. Now I even play to fans.

I'm very happy with what I've got. I regularly play with friends. Andrew Paine and I meet up most weeks, and Luke Fowler and I are pretty constant collaborators. Both I knew as friends long before we started making music together. It's often that way with me. Simon Wickham-Smith and I were good friends before we took the plunge and recorded 'Lake'.

I'm very poor at listening to advice, I tend to plough on my own way. I think experience has been more valuable than advice. Becoming a father has changed me the most. The experience has opened up so many possibilities for me.

2015 is the year of going back to tape...I've a four track reel to reel, and I just love the sound of it, as well as how it forces me to focus on what the music actually needs - no spare tracks for frivolities. I'll mix to Logic Pro X. I prefer how it works to ProTools.

It can be great fun. It can also be very social. You get to meet some wonderful people who become friends.

I'm writing a choral piece called 'Experiment for Demolished Structures' for soprano, alto, tenor and bass voices. It's inspired by brutalist architecture and will be performed in April at the Counterflows 2015 festival. I've also just recorded a 33 minute song (that's one large reel of tape) called Parallel Winter - something I wrote for an event at Platform in Glasgow last November, and have since performed a few times. I'm very excited about both of these. I'm also enjoying carrying on collaborating with friends.

I Dream Of Mezzanine/Cloudplanes - LP (The Spring Press 2011) 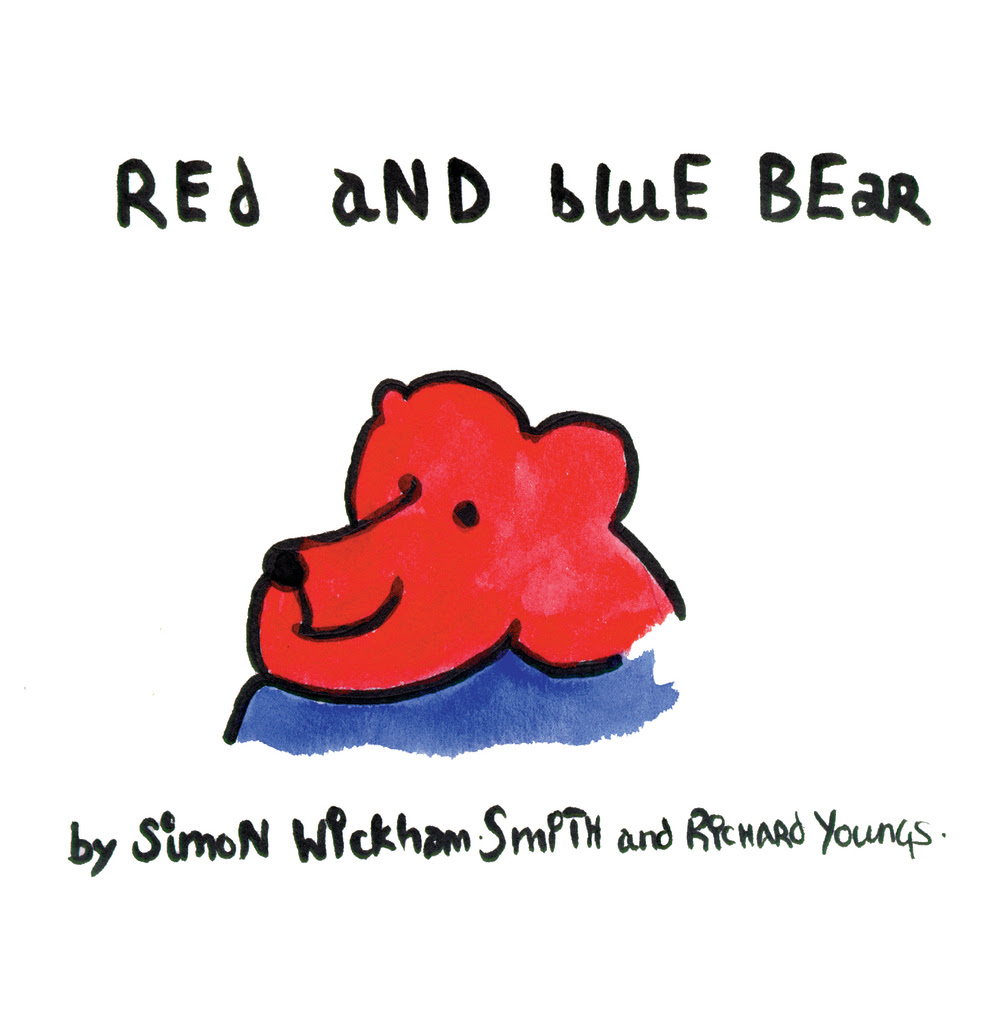 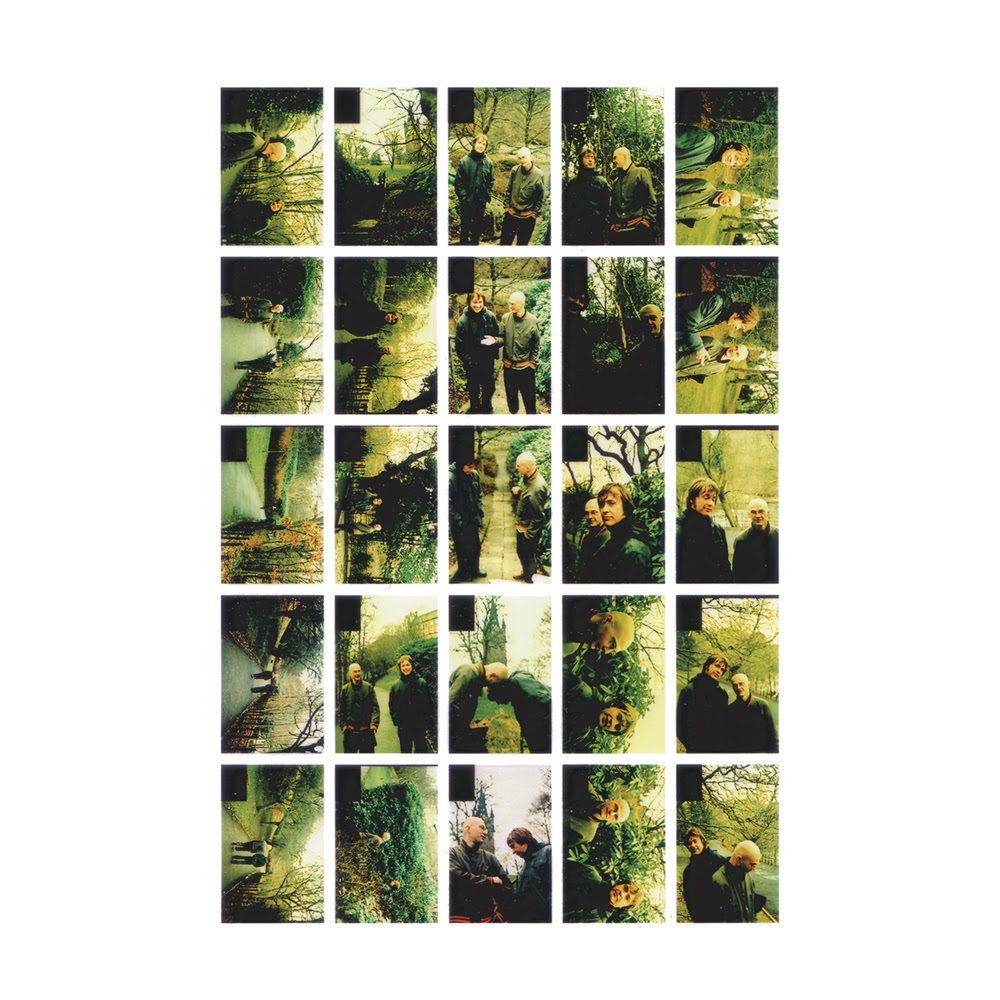 Protection Spells - with Songs: Ohia CD (Secretly Canadian, 2000) - a limited edition album of improvised material recorded in various cities during a European tour in 1999. Youngs is one of the guest musicians.

String Quartets, Loops, Garden Talk - by Neil Campbell - the 6-part track Garden Talk (for found tape and synthesizer) is credited as having been composed by Campbell and "assembled" by Youngs (self-released CDR - material from between 1994 and 1997).
Psychiatric Underground - by Ceramic Hobs - the track Meeting The Summertime has the credit "score by Richard Youngs" - he provided an 11 note handwritten score for the keyboard part, which spells out "ceramichobs" if you move the musical notation up the alphabet. Neil Campbell is one of 4 people credited as having provided tapes for the same track. (Pumf/Mental Guru CD, c. 1999)
Richard has also published a recipe book. Cook Vegan (Ashgrove Press) was printed in 1996 and reprinted in 2001, receiving favourable reviews.

Youngs records prolifically and there are many unreleased projects.

There were at least 5 unreleased albums recorded with Simon Wickham-Smith. Three of them - Songphase, Live!!! and SMIRR were eventually released on CD as part of the "20 Years" box set in 2010. Two further albums The Random Sailor and Parrots are known to exist: Parrots 4 was made available on the VHF website as an mp3 file and material from "The Random Sailor" was included in two special programmes by Californian radio station KFJC in May 2001 devoted to the duo which also featured music from Songphase, Live!!! and SMIRR.
A 10" record split between Wickham-Smith and Youngs (contributing Papa Deo Bilong Mipela and Wynding Fall of Mind respectively) was announced but has yet to be released.
Other items known to exist or to be in limited circulation include Festival Of Carols, a cassette of Christmas songs from around 1990/1, given to friends in lieu of Christmas cards (The Wire, issue 236 reports that a total of 11 copies were made). Tracks included readings of "God Rest Ye Merry, Gentlemen", "The Boar's Head Carol" and "Jesus Born Today". Four other tracks from this cassette were remastered and included on the A Glasgow Wassail CDR in 2007, a compilation of Christmas songs curated by Andrew Paine.

In addition, there is an unreleased follow-up to Georgians recorded with Stephen Todd, a cassette of the music Richard composed for Niall Ashdown's play Hungarian Bird Festival, also featured in a later BBC radio adaption and a shelved Ilk album titled Herald, a track from which, "Carillon", was made available for download via the Sonic Oyster Records Myspace page over Christmas 2008 before appearing on the 2009 compilation The Continuing Saga Of The Visiting Kitten. In 2005, Richard recorded a session for Resonance FM entitled Chips And Curry Sauce which contained some previously unissued music alongside a recording of Richard cooking the titular meal, giving full instructions for those who wished to try his recipe for themselves. Richard also recorded a contribution for a Resonance FM series called No Place Like Home - this formed the basis of the very limited No Home Like Place album issued in 2006. There were 2 radio sessions with Brian Lavelle; one piece from four recorded for radiotuesday has been issued (see below) and a live recording for Radio 3 made at the Purcell Room in London in 1996 remains unreleased. The Mauve Dawn album with Andrew Paine is part of a proposed trilogy but the other 2 albums have yet to appear. The website of US label Siltbreeze sees them claiming to have rejected a Youngs album (catalogued as SB-74 [1]) but, as no title is listed, it is not known if this was released elsewhere. 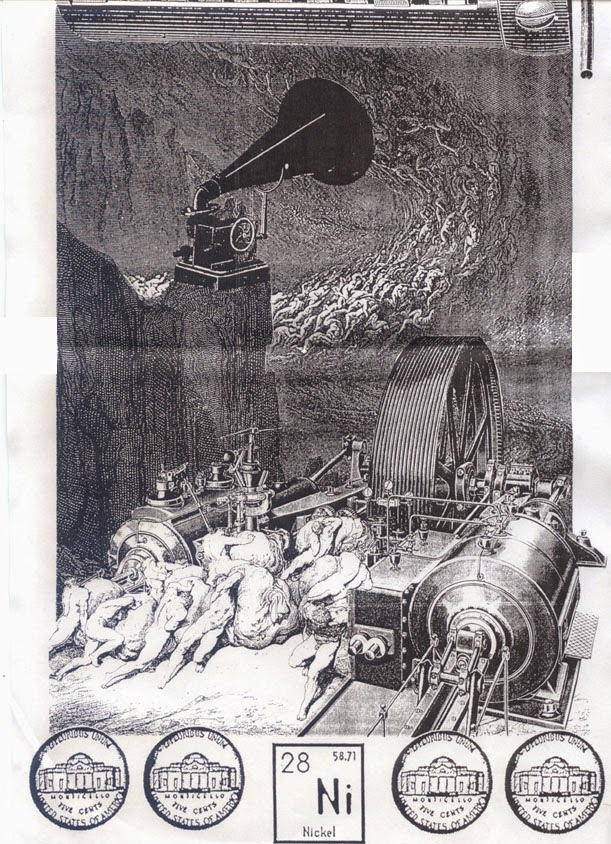