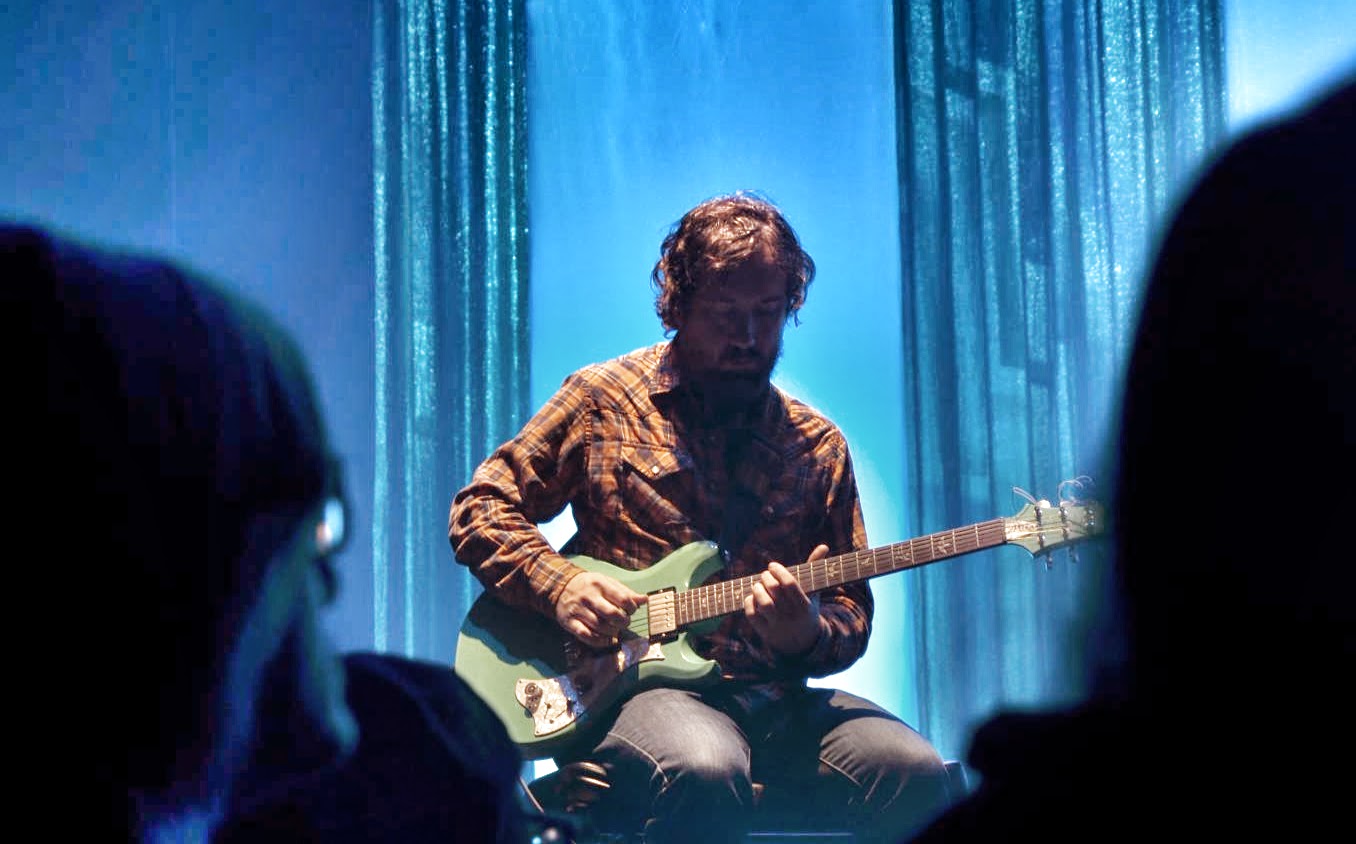 Aaron Dugan is a Brooklyn based guitarist/composer raised in Philadelphia.
He studied Jazz Performance at Bucks County Community College with Ben Schachter and John Sheridan before attending the New School in Manhattan. There he studied with George Garzone, Steve Cardenas, Richie Beirach, Vic Juris, Reggie Workman, Jane Ira Bloom and others. He has released two solo albums as well as many others with various groups. 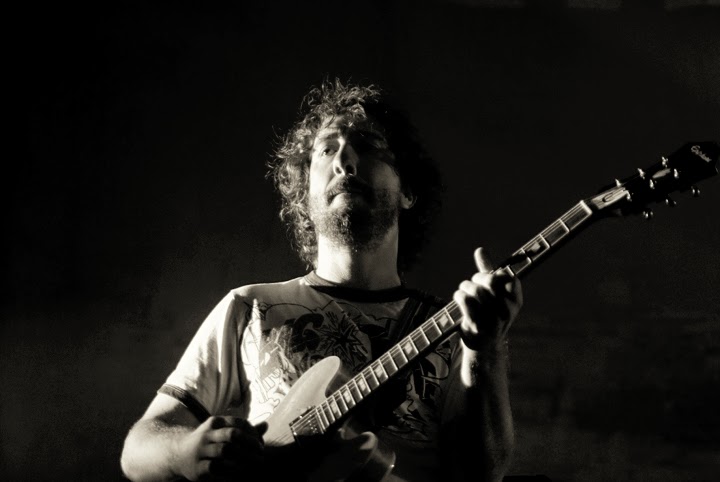 He is a founding member of Matisyahu’s original band, touring with him for six years and co-writing/performing on five of his records released on Sony. Two of those albums are RIAA certified Gold. He co-wrote and recorded on the critically acclaimed Roots Tonic Meets Bill Laswell album that came out on ROIR records in 2006. He recorded on Lee Scratch Perry’s latest album Rise Again. He tours with Trevor Hall as primary lead guitarist. He was a member of Mark Guiliana’s Beat Music. He regularly tours with pianist Maya Dunietz in Israel and Europe. 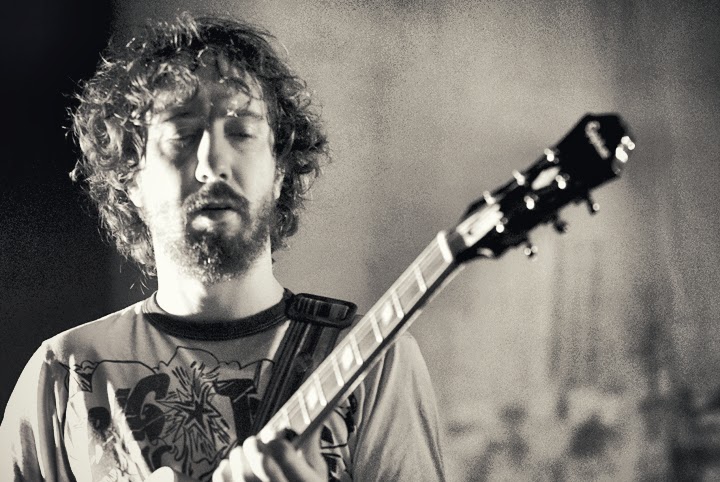 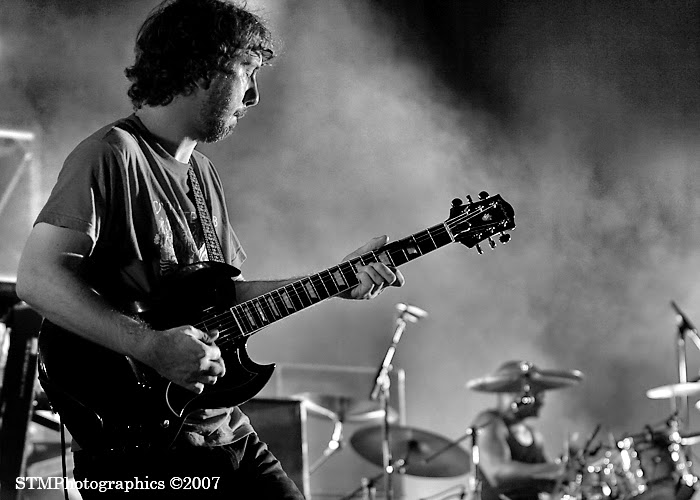 When I’m playing with a musician, I admire the willingness of him or her or them to share. Out of that willingness comes the motivation to collectively create one sound. As a listener, I love to be wowed. I love it when musicians excite me.

Lately I’ve been trying to stumble upon sounds that I haven’t yet perceived. These days I’ve been interested in giving myself the freedom to try things without the pressure of self-judgment. As a listener, I’m more drawn to raw sounds. I like hearing the keys on a saxophone on recordings and the sound of fingers moving across guitar strings. The sound of the actual fret while a string is being bent. In some instances lately I have been avoiding effects and excessive EQ in order to pay attention to what my most base tone is.

They certainly have changed over the years. I used to be motivated to play or compose music as a means of expressing myself. I have lost interest in that idea the past couple of years. Nowadays I often like to act as a servant of what each session, performance, or composition calls for. Perhaps most honestly it’s a blend of the two. Whereas before I would need to be heard, nowadays it doesn’t interest me as much if somebody knows it’s me when they hear the music. I don’t need to have a signature sound anymore. I try to focus on the music as a whole these days.

These days I would have to say Duke Ellington hands down.

One of my earliest mentors, saxophone master Ben Schachter, told me to to go to New York. He said I belonged there and that I wouldn’t grow if I stayed in Philly. I may not have made the jump if he hadn’t encouraged me.

The ability to interact with fellow musicians in an abstract open language that has meanings and evokes emotions far beyond what any words can.

Coltrane’s Afro Blue on Live at Birdland made me completely snap out of it and step up my game. Before that, I never knew music could exist on that level. The first time I heard Clouds Taste Metallic by The Flaming Lips, I realized some new facets I wanted add to my playing. The first time I saw Kurt Rosenwinkel in 1997 was very influential for me. I never knew the guitar could do that. The first time I saw Fred Frith play duo with Zorn and when I heard Nels Cline’s take on Interstellar Space were both big moments for me.

It’s the means by which we can express our ideas and increase our vocabulary. It broadens our options.

Primarily I use an Epiphone Riviera. I’ve been playing it since 1999. I also use a Telecaster and a PRS Mira.

I would say to myself the same things I’m saying to myself now: Get out there. Become more a part of the music community. Go see your friends play. Buy local music. Don’t take yourself too seriously. Serve the music before your ego. Write music consistently. Invent your own trajectory. Be a person. 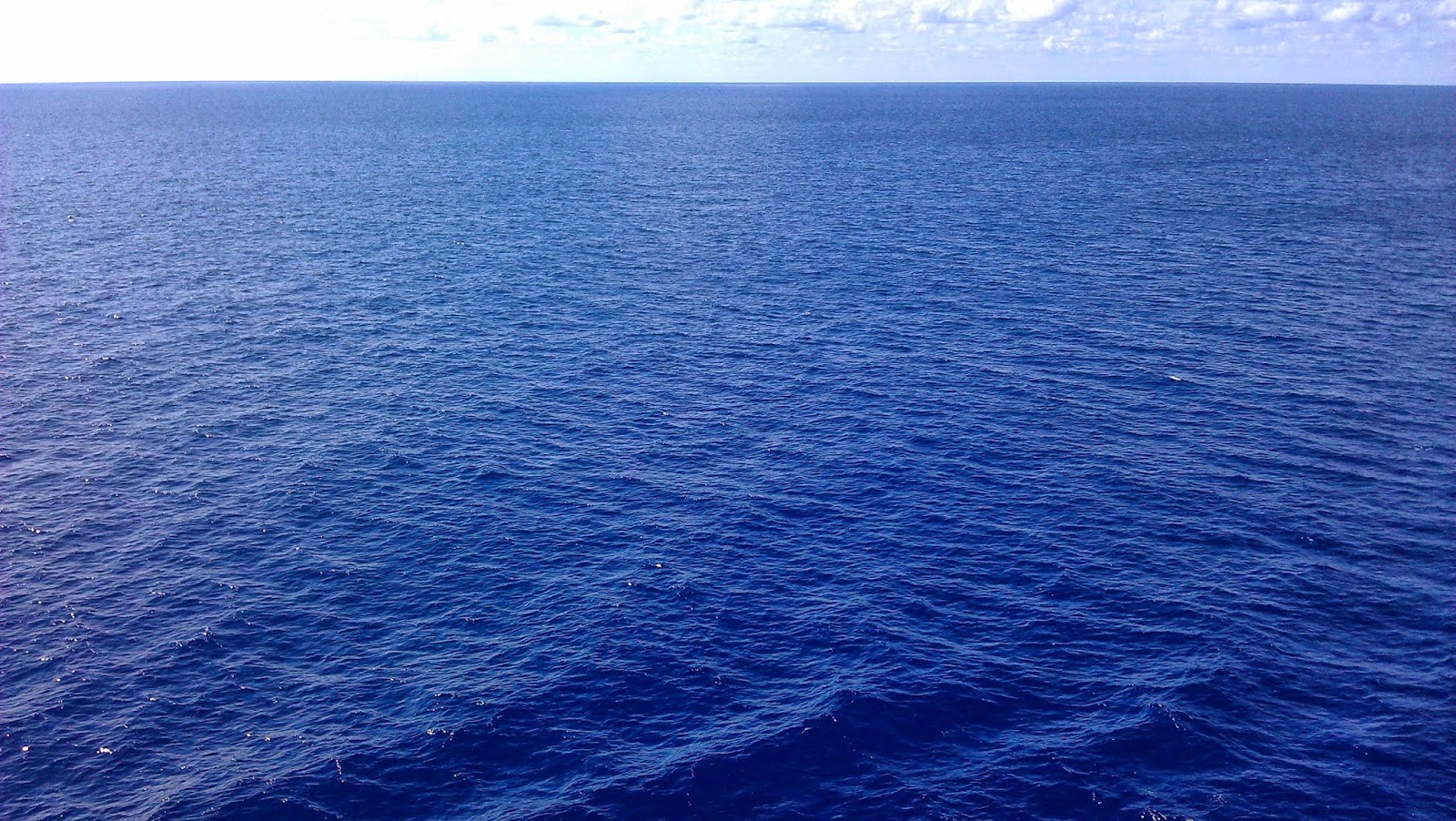 When I’m in town I like to write songs with my friend Amy Carrigan. We have been playing as a duo called Ducarriganigan since 2000. I also enjoy playing with guitarist Anders Nilsson. We have a guitar duo (Hot and Cold). We get together pretty often to write and improvise together. It’s a really nice thing in my life. I’ve been getting into helping some of my friends make records. My buddy Reid Taylor has a project called Balk. I played on, produced and mixed his record. 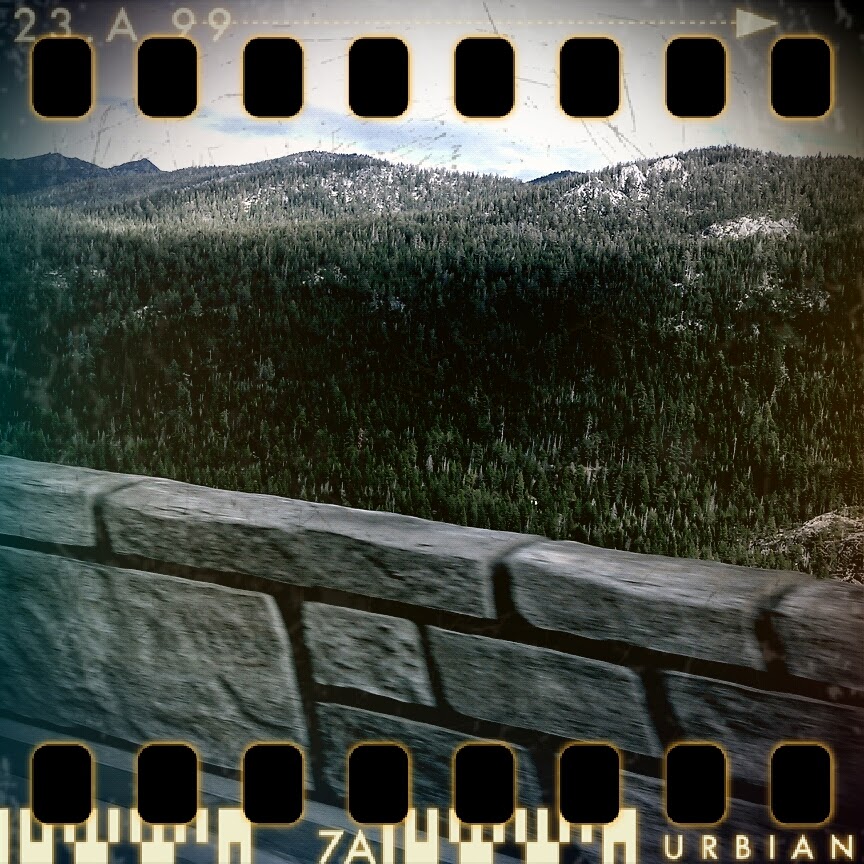 That was a great learning experience. I’ve also been playing a bit with Reid and drummer Jason Loewenstein in an improvised music project Hashtag Blessed. For most of the past six months I’ve been on the road with Matisyahu. It’s nice returning to his band after a long hiatus. I’ve been writing a book of tunes called Thorns. I intend on finishing the seven compositions and taking it into the studio. I’ve played a couple of times with drummer Tim Keiper and bassist Sean Conly workshopping that material. Other than that I’m planning on playing more solo shows in the upcoming year. 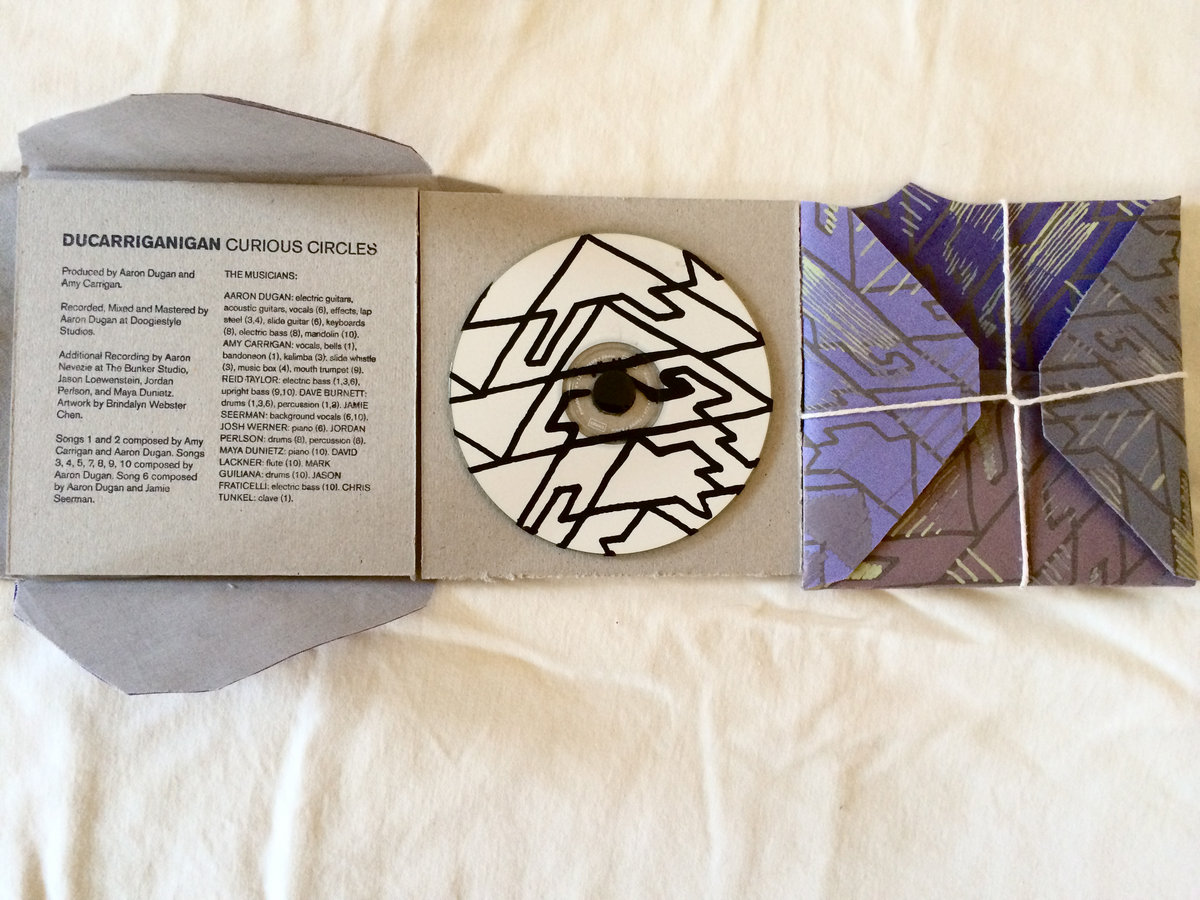 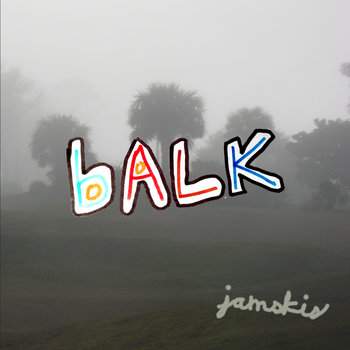 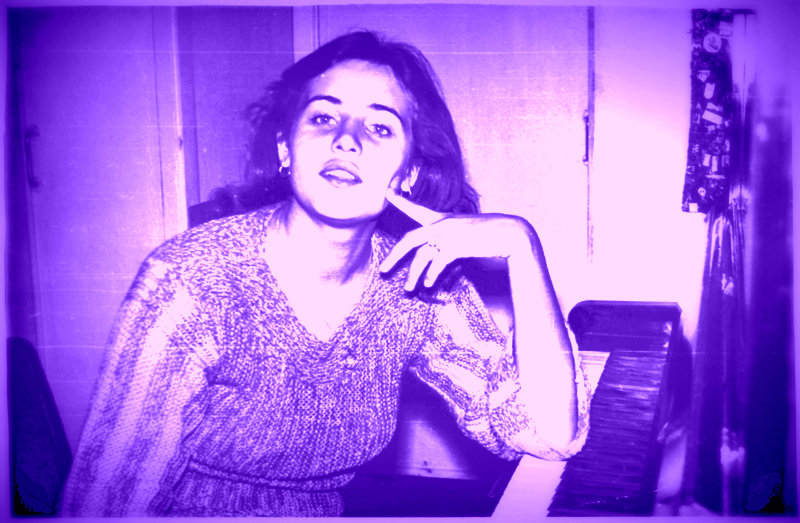 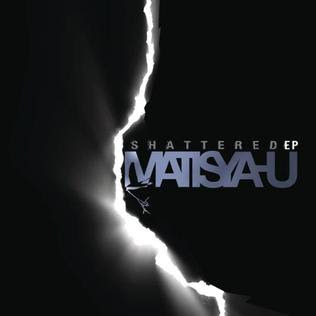 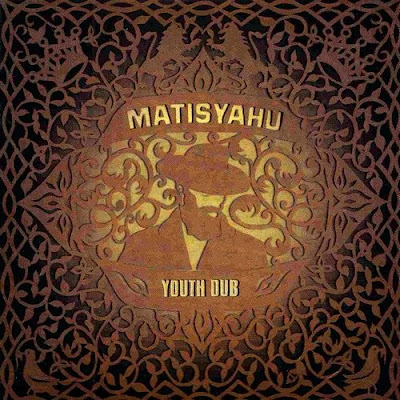 2006 Matisyahu No Place to Be (composer, electric guitar, effects) 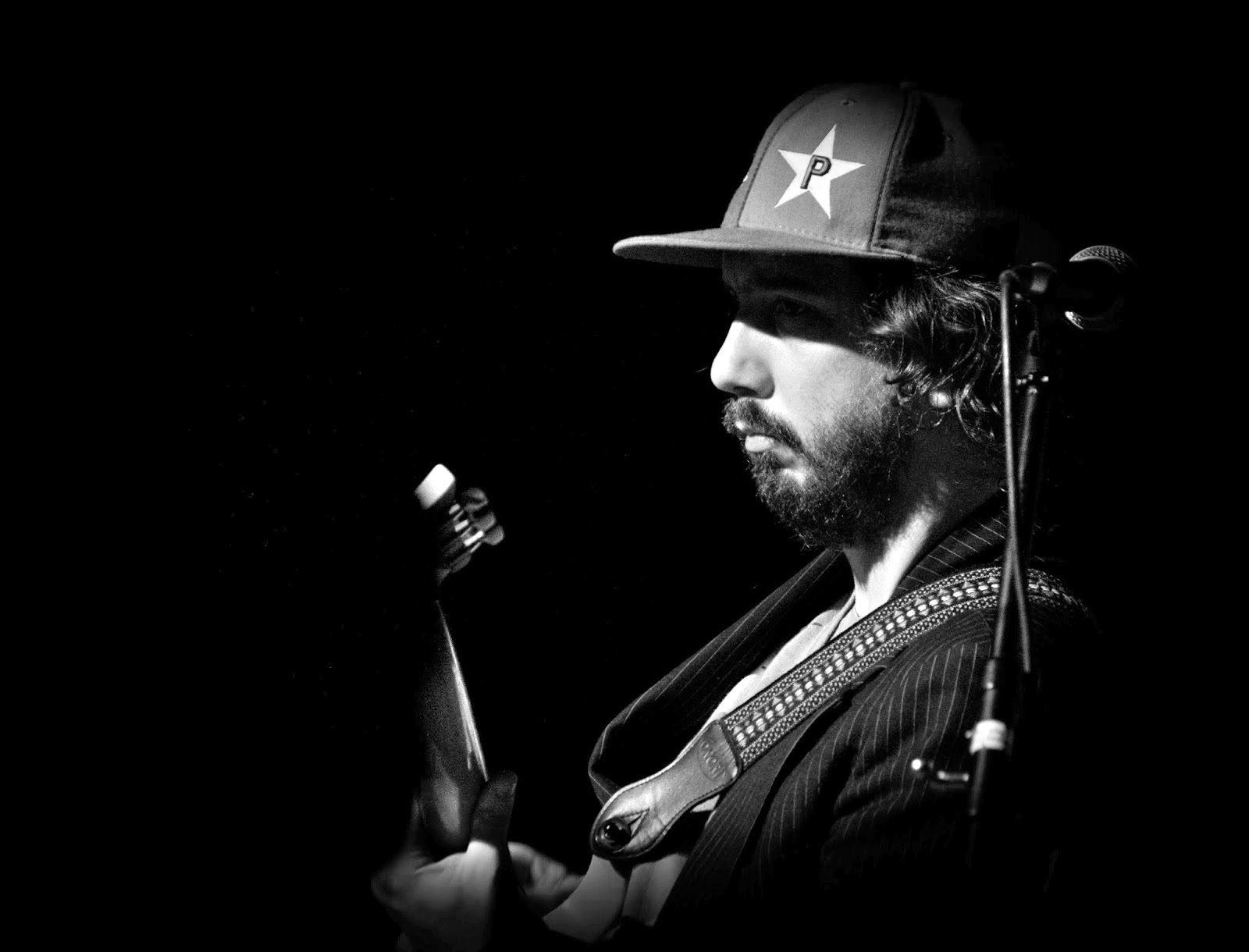 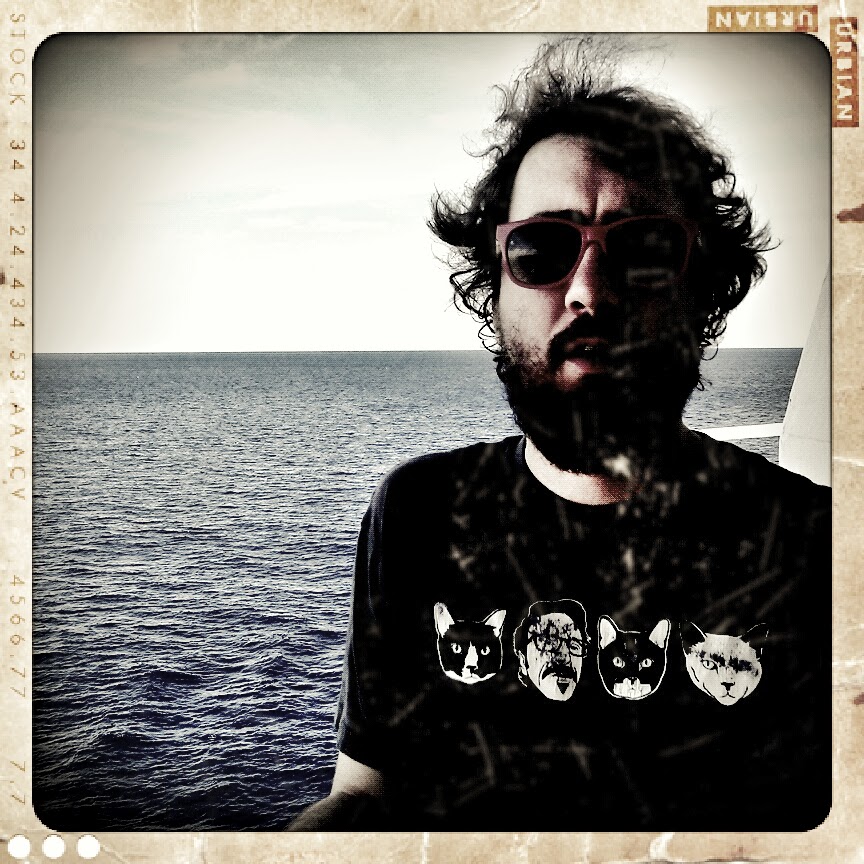