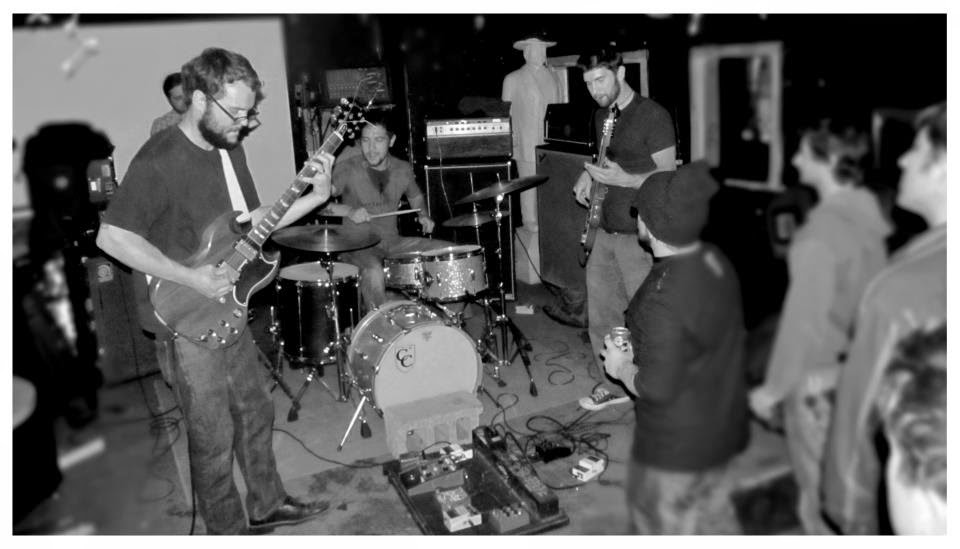 A veteran of Washington DC's creative music underground, his weekly New Atlantis series of concerts earned him the designation of 'Avant Garde Savior' and Best in DC by the Washington City Paper.  The series blossomed into a vanguard record label, with an exemplary roster of rising stars and established legends.  His work as a curator and as a musician incorporate and contrast many of the processes of new music- including serialism, through-composition, and free improvisation- braced with the dissonant, polyrhythmic backbone of creative rock music. As curator of New Atlantis Records, his label has helped to release music from a wide-range of creative musicians, including Brandon Seabrook, TOTEM>, Microwaves, U Sco, Thollem McDonas, Blind Thorns, and many others. 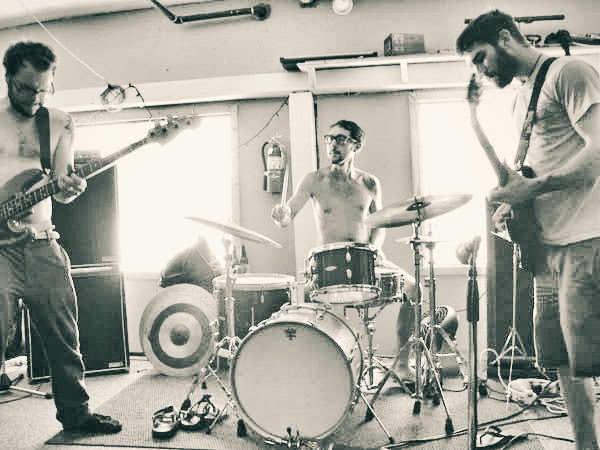 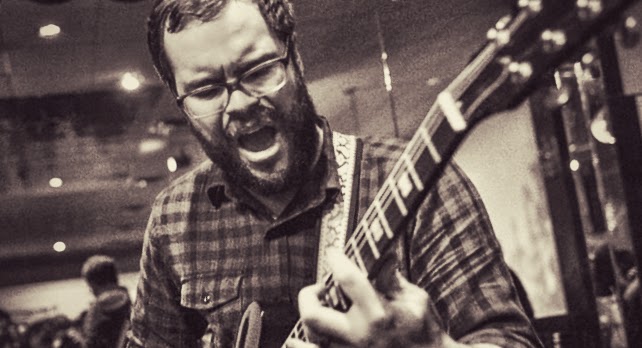 I bought a bunch of music from a kid in my middle school. Pretty sure there was stuff from Redman, Grandmaster Flash, Dr. Dre, some other rap music, plus AC/DC, a punk rock sampler from a skate punk record label, a Ramones CD and a Sex Pistols CD. I was hooked. The last record I bought was probably a remaster of 'Lurid Traversal of Route 7' by the great band Hoover.

That's easy! Nothing. I'm lucky for what I've been given already.

I have a record called Chamaeleon, with Paul Dunmall, Herb Robertson, Andrew Barker, and Jason Ajemian. It was basically the second session from my quartet, but with Paul, who was in the US for the Vision Festival, as a special guest. I'm still blown away by the sound of this one... Andrew is an amazing drummer, and of course the horns sounded unreal. I think it is a pretty unique set that sounds like a record with a real narrative arc to it. We recorded the session in about 4 hours at Seizures Palace in Brooklyn, with Jason LaFarge, who always does a fantastic job.

With respect to my own playing- I've tried to be sonically malleable from project to project over the past few years, but I have developed a 'take it or leave it' approach to making music with others. I'm really hoping to develop a vocabulary that will always work, regardless of context, rather than tailor what I am doing to different situations. I'd like to develop a sense of continuity from project to project, regardless of idiom, style, or whatever, and a big part of that is developing a voice that transcends the trappings of whatever genre I'm engaging with... My ideal ensemble sound would be one where improvisation can coexist with polyrhythms, volume, stagger-stepped + off-kilter rhythms, and lots of dissonance.

Music is the best way to transcend many of the bullshit limitations we all face on this planet. It is a language that speaks for itself, with so many idiosyncrasies of expression, and fascinating dialects. There's ample room for everyone to find footing as individuals, and being "excellent" is generally predicated on immersing oneself in a field of consciousness that is so much more expansive than that of any single individual... It can be absurdly powerful, selfless stuff. Whenever I play, I am carving out space for myself as a human animal, in tribute to the beautiful culture of music that has been built around me... which was nurtured long before I arrived, and will hopefully thrive long after I'm gone.

There have been a lot of 'em... I guess the goal is to try and put enough into playing music that every experience is the best.

Some of my earliest gigs as an improvisor were alongside the mighty, beautiful Marshall Allen. I also had the chance to sit in with Peter Brotzmann several years ago. Brotzmann's work, and of course the Arkestra, were fundamental influences for me. I also love working with Paul Dunmall, Herb Robertson, Andrew Barker, and Hyrrokkin. Spending five weeks in an old diesel van, sleeping under the redwoods or in the desert, playing music every night, working to tighten the ship and make headway on an instrument or composition, is an indescribably beautiful thing. Sharing a practice space with good friends, working on new music... Feeling like the people I work with are also friends with shared values and ideals extends way beyond whatever music is being made. Playing in the studio at Seizures Palace can't be beat. Hopefully I can do all these things until I am an old, old man.

I am mostly self-taught, but I did have the chance to learn from a great guitarist in Prague. Tony Ackerman was a student of Bill Dixon in the 1970s, who totally opened up my ears to the possibilities of the avant-garde.  He is also a fantastic jazz player and improviser, a great finger-style player, and an all-around solid, beautiful human being. He plays a custom-built seven-string acoustic guitar that sounds fantastic.

What do you recall about your playing/learning process?

I've always just tried to jump in and work to wrap my head around as much as possible.  I love finding new things to digest and integrate. I spent a lot of time playing along to records, lots of trial and error, lots of screwing up, with no way to stop once I got into it.

I grew up focused on punk rock--- not always the good stuff, but I was ravenous about finding new music. I went through tons of records. I eventually found music on labels like Dischord, SST, Touch & Go, Homestead, Slowdime, Skin Graft, and others, that blew my mind, and laid out a pretty clear extra-musical template for values that are still fundamental to my life. The energy and intensity of the music was totally cathartic, and I love this stuff today. Weird rock music made for a very easy transition to free jazz, no wave, noise, etc. I tried to mask the formative influence of this music much as possible when I first started playing jazz and improvised music, but I am now of the mindset that dissonance, electricity, and "jazz" can coexist, and I would rather be myself than role play.

What do you enjoy most in a music work?

Tension and release! I really like weird time signatures, honesty, skewed melodies, unpredictability, and contrasts... Particularly when the music is transcendental, aggressive, or menacing.

When I was younger, I saw a pretty vast, independent, effective infrastructure that had been constructed to facilitate the dissemination of creative music. Over the past few years, I've seen the culture deteriorate rapidly, and I am at a loss for words. I empathize with anyone who feels a sense of futility in what they're doing, despite the deep compulsion to never stop doing it.

Shop talk- I have a blue Gibson ES-335 that I've had for 15 years.  I also have a Custom Shop Gibson SG that mostly just sits around, with custom pickups from Lindy Fralin.  I had Electrical Guitar Company revamp my first guitar, a Fernandes Jazzmaster copy, with a new neck, a Wilkinson Strat bridge, custom pickups, a boost circuit (so I can generate feedback with a push/pull knob), a momentary kill-switch, etc.  It plays great, just getting used to it now. 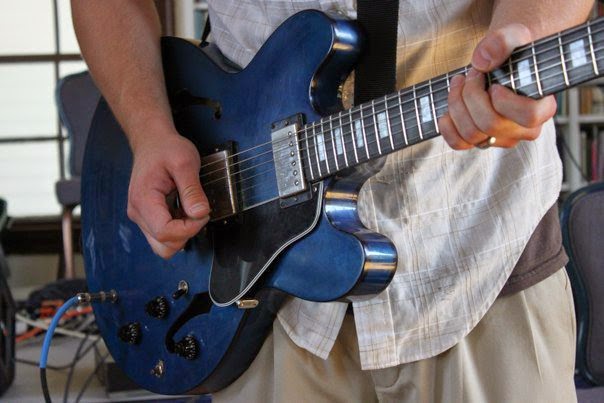 I have a couple of amps--- my favorite is a 1972 Hiwatt DR-103, 100 watt head. I don't get to use it very often. It sounds amazing when you can open it up. I also have a 70s Traynor YBA-1, a 50-watt head. I have two Ampeg V4 cabinets, but the Traynor doesn't respond well to running both at once... Generally, it breaks up too early for rock applications, and is too loud for anything else. So one cabinet stays in the studio. I use an 18-watt Traynor YGM-3 combo, with 2 EL-84s, some 12ax7s, and a 5751 in the first position, for most recordings, or quieter live stuff. 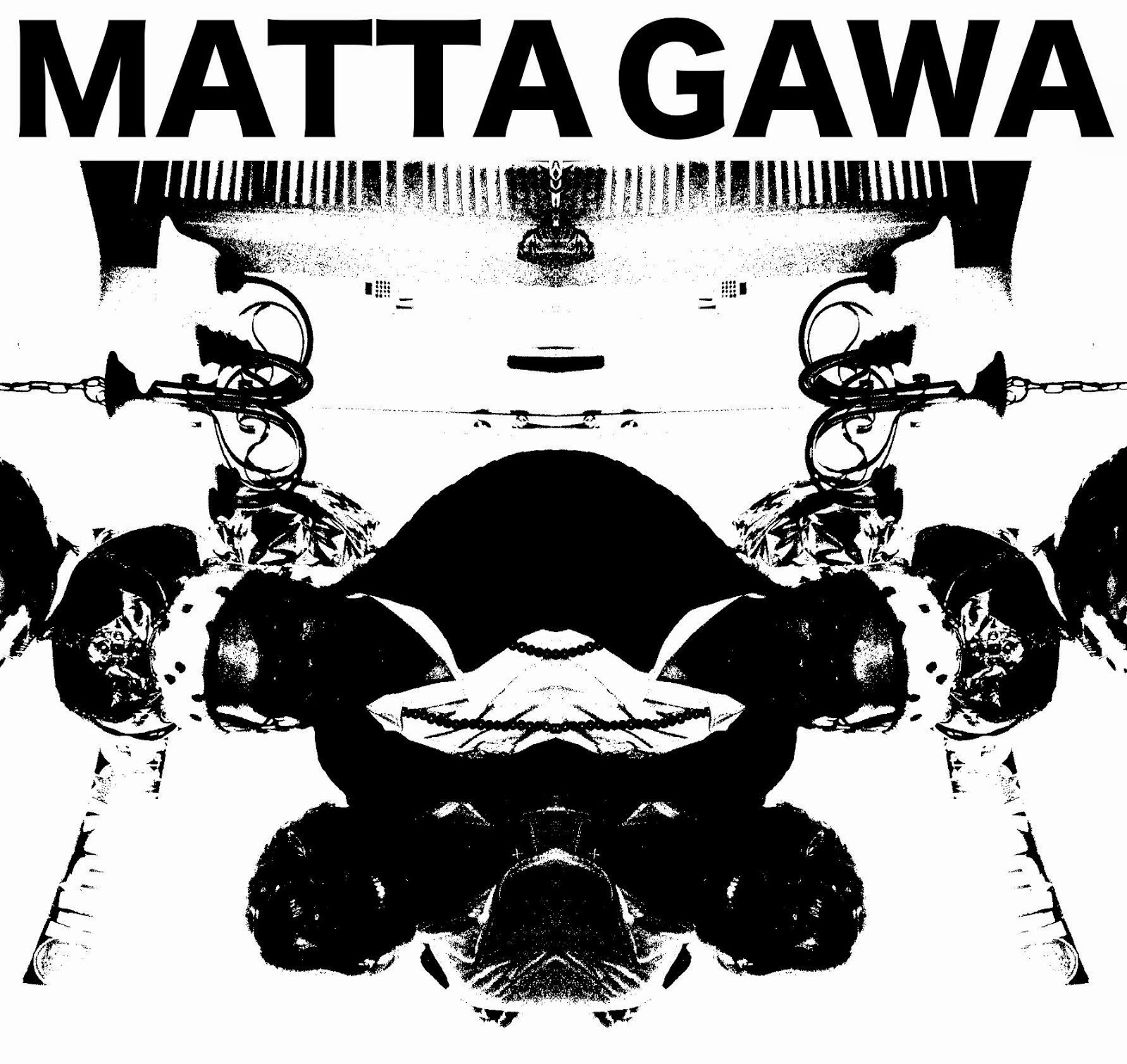 I used to use a ton of different pedals, especially with Matta Gawa, and in other duos with drummers (Tim Daisy, William Hooker, Brett Nagafuchi, etc). The rig was absurd, with a few MOOG pedals, a Klon Centaur, a Crowther Hotcake, a handful of BOSS delays and pitch shifters, an AKAI Headrush looper, some Ampeg pedals, a Real McCoy Teese Picture Wah, and so on. The wah sounds outrageously good. I now basically just use a Klon pedal for a boost, a BOSS tuner, a guitar, and an amp.

My bass rig is similarly utilitarian at this point- I have a '90s P Bass, a Gallien-Krueger GK400RB, a 4x10 cabinet, a tuner, and a Real Tube Tube Driver. For noisier stuff, I'll use an Ampeg octave pedal, a BOSS delay, etc... But that's about it.

My amazing wife bought me some straps I'd recommend, handmade by Trophy Straps.

Hyrrokkin lost our van when the transmission started slipping... We were on a trip back to Ohio from a festival in Boston. We got back and learned we had lost our studio space to an expanding local business. We're in the process of renovating and soundproofing a metal shed so that we can keep playing.  We have a great new record on the way--- basically, a collaboration with Merzbow, featuring Andrea Parkins, Jerry Busher, and Chuck Bettis. Aaron Turner will be doing a remix for the B side. We also have a 7" of an early tune in the works, with a remix from Kid606 on the B side. I'm playing bass in a loud rock band called Unraze, with an old friend, and it looks like we'll be recording with Tim Green at Louder Studios in California sometime this year. I  enjoy every chance to make music as Haitian Rail with Nick Millevoi, Kevin Shea, and Dan Blacksberg. I also have a new quartet record I'm sitting on, with Herb Robertson, James Ilgenfritz, and Andrew Barker. I am generally trying to be selective about what I release from my own archives, and I am putting a lot of my energy into the records I am releasing via the label. 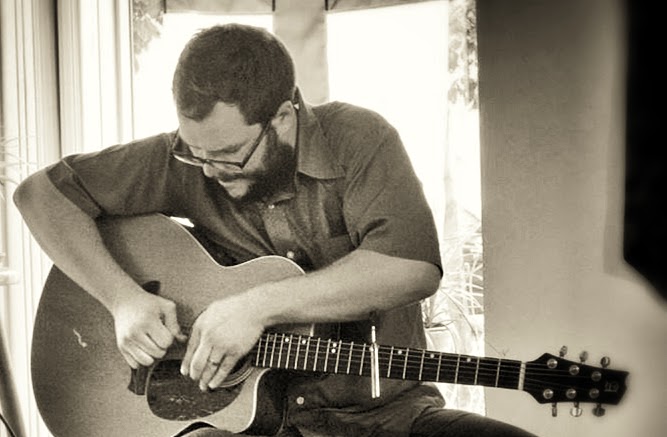