Eddy Louiss was a French jazz musician, organist, also a singer and pianist, born in Paris May 2, 1941 and died on June 30 2015 in Poitiers.

His primary instrument is the Hammond organ. Eddy Louiss comes from a musical family, his father being a trumpeter. He studied himself the trumpet and piano. As a teenager, he played in the orchestra of his father. In the early 1960s he played piano in clubs in Paris, while continuing his studies. As a vocalist, he was a member of Les Double Six of Paris from 1961 through 1963 (with its founder Mimi Perrin, Roger Guerin, Ward Swingle and Christiane Legrand, the sister of Michel Legrand).

Adding the organ in its instrumental palette, Louiss plays in the 1960s with Johnny Griffin, Art Taylor, Jean-Luc Ponty, Dizzy Gillespie and Stan Getz. In the late 1960s, he was part of a trio with Kenny Clarke and Rene Thomas also recorded with Barney Kessel. Eddy Louiss also played and recorded with Claude Nougaro, Jane Birkin and many others. He also plays with Henri Salvador ... It forms a big band, "Multicolor Feeling" with which he toured extensively throughout Europe.

In 1971 he was a member of the Stan Getz quartet (with René Thomas and Bernard Lubat) that recorded the celebrated Getz album Dynasty.

Not having brought charts Getz, who had arrived to watch championship tennis, was happy to play music composed by himself, Rene Thomas, Eddy Louiss & also better known works by Bronislau Kaper and Benny Golson. 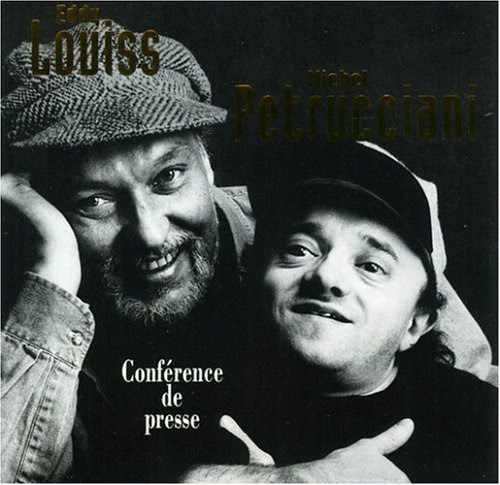 In duet, he has recorded with Michel Petrucciani (1994) and accordionist Richard Galliano (2002). His more recent recordings—for example, Sentimental Feeling and Récit proche—combine jazz with rock and world music.

Jean-Claude Brisson, Jean-Louis Cavalier, Bernard Dumont and Robert Rea realized Blues, White, Red, a color rare documentary about the musician (1h 20 '), released in 1977. We see and we hear Eddy Louiss, playing and improvising on the organ in different places and at home. It also reflects its long commitment to jazz.

In 2006, Eddy wants to meet its commitments despite health problems. The concert on August 8, 2006 at the Jazz in Marciac festival marks the beginning of a combat period. He amputated the left foot. A long and difficult rehabilitation period begins. He fights and his entourage also.

The album box D’un jour à l’autre released in 2009 announced his return. This remastered reissue contains Histoire sans parole, a beautiful album of 1978 almost unknown since disappeared with the distributor of the time. We discover in this case different facets of Eddy, his interest in electronic music, both albums of MultiColor Feeling Fanfare showing the Eddy joy in sharing music.

The year 2010 has been back on stage, including the celebration of his fifty-year career at the Olympia, with the rebirth of Multicolor Feeling Fanfare over 60 musicians. He recorded the album Taurorque and participated in the soundtrack of the film Le Bruit des glaçons, of Bertrand Blier with Jean Dujardin and Albert Dupontel.
In 1964, he was awarded the Prix Django Reinhardt.