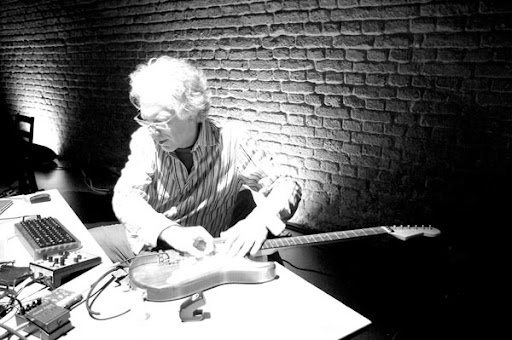 Gunnar Geisse began his career in his early youth as a rock guitarist. With the end of his schooling he gravitated in the direction of jazz. Attending an Ornette Coleman concert at the Moers Jazz Festival in Germany, he saw Coleman carried onto the stage in a coffin, jump out dressed in a glittering disco outfit and play in the free jazz style that he helped create. After this key experience, Geisse bought toy plastic saxophones for the members of his band and threw away his original plan to play jazz standards. It was during this time that improvisation and an experimental approach became the foundation of his understanding of music. His first professional engagement was with the "New York Broadway Ensemble" with which he toured throughout Europe for the next two years. For Geisse, to be a part of an orchestra was an essential learning experience.

The avant-garde combo "Brother Virus" which along with Geisse included Werner Klausnitzer, Patrick Scales, and Maurice de Martin, achieved fame at the end of the 1980s. It would leave a major impression on Geisse. The band was invited to play at the Knitting Factory in New York, and was one of the first bands to play serious improvised music "live" on prime time German TV – Dagobert Lindlau's "Veranda". With "Brother Virus" Gunnar Geisse took the first steps on his own musical journey, a journey that was already apparent in his earlier development. In 1991 Enja Records released the "Brother Virus" album "Happy Hour". 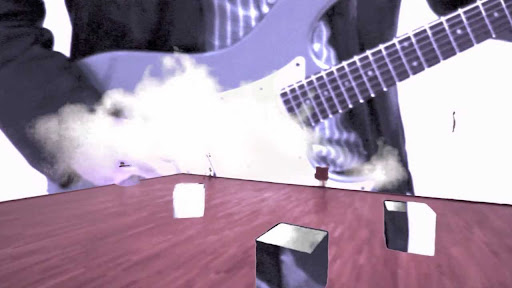 Geisse lost the two middle fingers on his right hand in a mountain climbing accident in 1992. With the severity of the injury and subsequent operations, it was unclear as to whether Geisse would be able to continue his playing career. It was during his hospital stays that he was able to contemplate the implications of 20th century new music compositional techniques, and in so doing discovered his deep interest in structure. He wrote his first composition during one of his hospital stays. For him to have a good aural understanding of the piece, he proceeded to overdub the tracks – some 200 in total. Out of his interest in structure, Geisse worked together with the Institute for Experimental Physics at the University of Magdeburg in the area of complexity theory, non-linear phenomena and simulation, and inserted structural models of nature into his music. The recording was released under the title "AtEM". 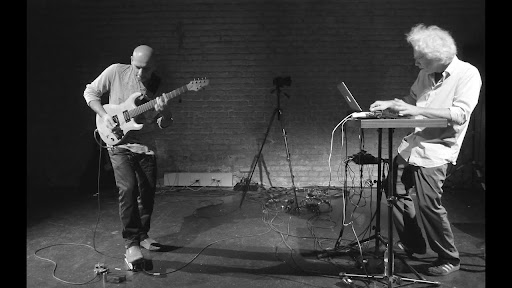 While judging a music composition competition, Hans Zender - conductor of the SWR symphony orchestra und professor for composition at the College of Music and Arts in Frankfurt, Germany - took notice of Geisse's extraordinary music. Subsequently Gunnar Geisse received a stipend to compose at the prestigious Schloss Solitude Academy for one year. It was at Solitude that he composed "Das diskrete Jetzt" (The Discrete Now). He delved deeper into the phenomena of musical time. On a renewed search for natural structural references, he received important suggestions and impetus from the Institute for Medical Psychology at the Ludwig-Maximilian University (LMU) in Munich on the theme "time and its perception". The classic compositional parameters of tempo, meter, and rhythm are pushed into the background by this broadening of perspective through a psychological perception of time. After his work with structure and time Gunnar Geisse again delved into questions concerning the fundamental functions of harmony. Searching for answers within nature since 2003, he has occupied himself with the non-linear phenomena of combination-tones - these are tones that are formed in the cochlea of the inner ear as an extension of the original acoustic signal. The combination-tones are the missing building blocks which, when added to his use of partial-tone rows and partial-tone matrixes, complete Geisse's set of harmonic compositional tools. The results of this work can be heard on the CD "MEtA" (Creative Sources Recordings). In 2006 Geisse wrote an exposition which lends insight into his specific harmonic concept.

Paradoxically, with these compositional tonal explorations, sound-based improvisation and its physical, expressive moments have taken on more and more importance; Geisse's improvisational models have changed under these influences. Since 2005 working with electronics and laptop computers have become an important means of expression for Geisse. In this context he has developed a unique hardware/software set-up (laptop guitar) that allows him to pursue his analogue playing (guitar) on a digital level, and even more importantly, to break away from the restrictions of "instrument" in order to work more directly with sound and its formulation.
Gunnar Geisse has received various awards and stipends, including the Musical Achievement Award of the City of Munich, and the Schloss Solitude Academy's Composition Stipend.