Hello World! Processing is a documentary on creative coding that explores the role that ideas such as process, experimentation and algorithm play in this creative field featuring artists, designers and code enthusiasts. Based on a series of interviews to some of the leading figures of the Processing open programming platform community, the documentary is built itself as a continuous stream of archived references, projects and concepts shared by this community. 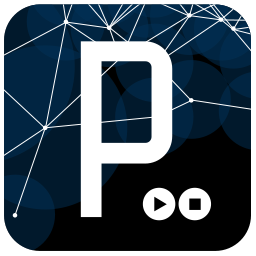 It is the first chapter of a documentary series on three programming languages -Processing, Open Frameworks y Pure data- that have increased the role of coding in the practice of artists, designers and creators around the world.

The series explores the creative possibilities expanded by these open source tools and the importance of their growing online communities.


Raúl Alaejos, film maker. He studied Audiovisual Communication in the Universidad Europea de Madrid. He combines his work as advertising director with personal projects.  In collaboration with the collective Neokinok.tv he has worked in experimental television experiences in Brasil (tvlata.org) and Bamako (Magoro Dja). He collaborates usually with scene artits such as Olga Mesa and Nilo Gallego. He has directed the project  “Hola, estas haciendo una peli”, a film created collectively. He has co-directed two documentary films:  “Yanny Levkoff” and “Palacio”. The last one won the audience award in Documenta Madrid and in UrbanTV of La Casa Encendida.
He recently co-directed: “Arduino, the documentary”.

Abelardo Gil-Fournier, founder member of Ultra-lab and artist. His work is settled around the relation between systems and social processes, being his tools the development of workshops, online games and data visualizations. Some of his work has been commissioned by the spanish broadcast television  Canal+, LABoral Center of Art or Intermediae in Madrid. Other projects, mainly The Croopier, have been shown in collective exhibitions. He has taught workshops on creative coding and game design in Medialab Prado, Fundación Telefónica and Cultural Centers of Spain in several countries, among others. He collaborates continuously with other artists or collectives, such as María Andueza or Culturambiente.

Gustavo Valera, member of Ultra-lab and technical manager. System engineer for the Universidad de los Andes, he has been the technical manager of several digital art centers in Spain (Medialab Prado, Intermediae, Laboral Centro de Arte, Matadero Madrid) and has participated in international projects (Ars Electronica). He is an expert in technical production in the field of Arts and New medias. He was the producer of Arduino, the documentary in the framework of his job in Laboral centro de arte.

Frédérique Muscinesi, founder of Ultra-lab. DEA of Contemporary History, Master in Cultural Management and currently investigating on OpenHardware communities, she worked in communication for digital art and Social Sciences.  After working in Medialab Prado and EOI, she was the Community Manager of Hypotheses.org, a project of the Cléo, the French national Center for open electronic publishing. She is in charge of the contents and communication of Ultra-lab.

Hello World! Processing is a project of Ultra-lab
Madrid, 2013

Thanks to many contributors we could realize this documentary. So, we really want to thank them.

and thanks to the anonymous funders.