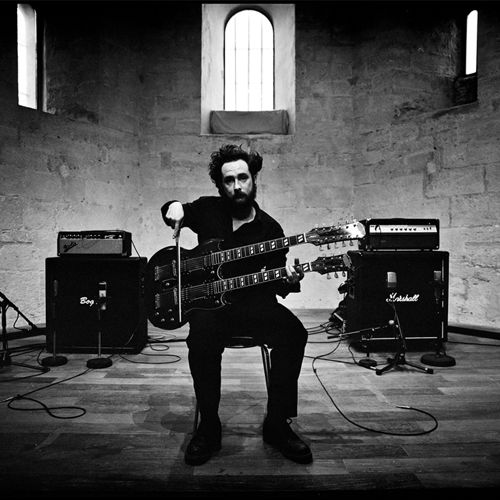 Thomas Barrière was 14 when he began to scrape the three strings of an old forgotten guitar.

Insidious virus. It surrenders in long monotonous melodies, repetitive, and no longer see the end. After a few rounds with various groups, Thomas did not hesitate. It will be guitarist. At 21, he joined Pro Musica, Thor training, in Vaucluse, and won three years after a DEM contemporary music. 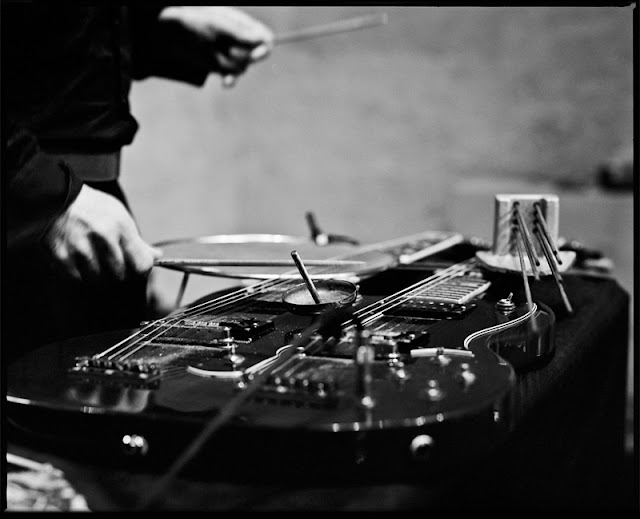 "Step across the border", the documentary on the guitarist Fred Frith, is a revelation. He is 22, he recognizes his path: the music through the playful diversion of the instrument (use of absurd objects, piezzos, more or less electronic gadgets) and exploration in all directions.

Since then, open sea navigation. Solo, duet, in the archipelagos of the circus, dance, image, theater. Art has no boundaries, it's good, his music either. 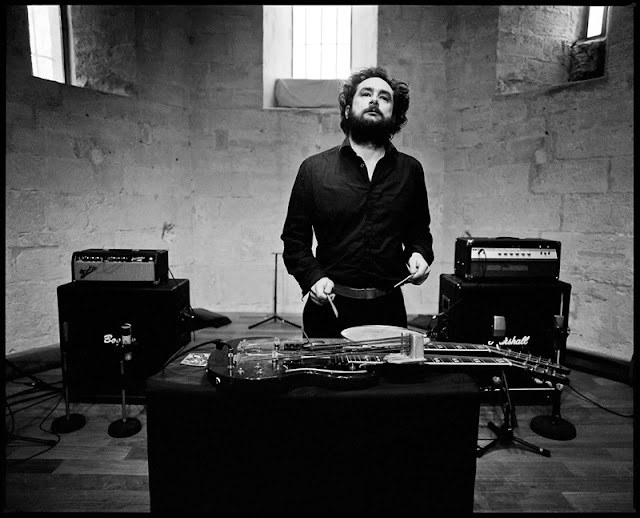 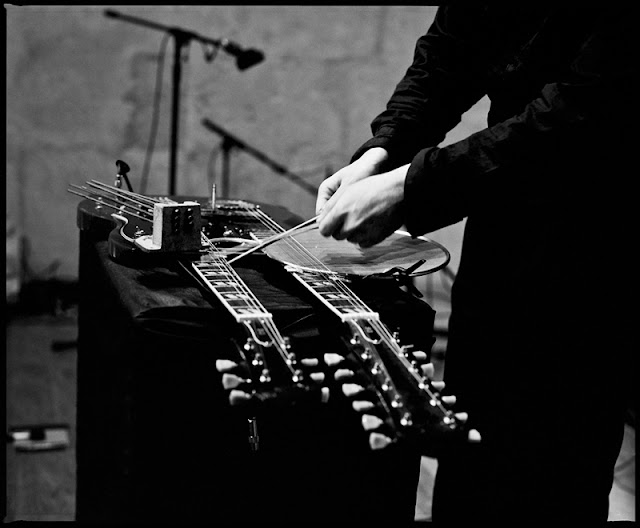 Thomas mixes sound material and melodies, improvisation and composition, crossing ways with the performing arts and cinema, mixing the most pure experimentation with the most ethereal pop.
Many nomadic accomplices that enrich the journey. And reinforce its course. 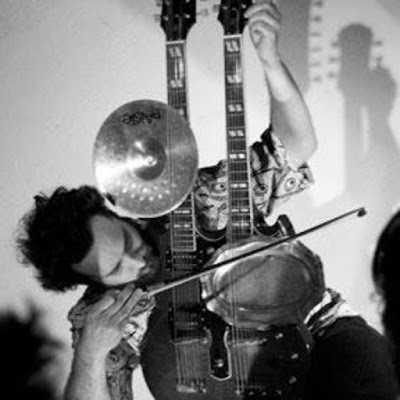 My mother taked out from the kitchen a heap of pans.

She put a vinyl, most of the time batucada or gamelan and we improvised with the pans, the voice or dancing.

The first one was Use your illusions 2 (Guns'n Roses) and my last The german years (Moondog).
When I was younger, I listened equally to Guns'n Roses, Mozart, Pantera, Anouar Brahem, Miles Davis.
Thanks Mum !


I haven't got musical routine practice...One day I play guitar.. next day  computer... Another one I focus in record the sound in the city... I like the wind


I love art! I make many music for performing arts and movies..
I made a tour with a Circus during 4 years. many roads, big top montages, shows... It was a beautiful experience! It changed my life and my state of mind. Be in service of performing arts, so the ego.


The meeting with the Trottola Circus was decisive for me.
Before, I was only in experimental music, drone, prepared guitar, plenty radical..
Finally, I was closed.
This circus learnt me to add a contemporary feeling to the tradition.
I used my experimental material to make songs and create something "transgender". Before, music was a  very serious science. Now, I can assume others sides of my personality, I feel more free. I play drones, kitsch, lyrical, humorous musics without complex.
The circus also showed me that a concert is really a performance, it's not only a recording!
Your physical attitude, your clothes incorporate the show.
Before, I was very straight and tense. Now, I breathe and I stacken off in the music.


Music is everywhere. My experimental listening approach lead me to apprehend the world with my ears.
A discussion, a machine, all is music...

I would like make a band with a siberian shaman, twelve aka pygmies, fifty indonesian gamelan players, Fred Frith and Jimi Hendrix !

Thirteen years ago, I didn't play improvised music.
With a friend we saw "Step across the border".
Just after, we ate something and we decided to see again the movie.
In the afternoon, we found on the house's floor a flyer wich announce Fred Frith's solo for the next day at one hundred kilometers!
Of course, we went to the concert. From that moment, ours musics changed radically.

I use different sets...I work with guitar, prepared or not.
I play with banjo, bouzouki, mandolin...
I play percussions, an horizontal bass drum, with many objects, singing bowls...
I combine guitar and percussions played with the foot for the circus and differents projects like "Algecow".
I work a lot with computer. I carve my field recording, samples with ableton live and recently I use virtual instrument wich lead me towards new horizons.

I've got often a strange feeling.
I feel it's not me who made the song, it created alone....and it's not me who played. I feel that harder when I record the track...
I listen to me as little as possible to listen others musics. There are so many!!


I play with two double neck guitars, one 6/12 strings and the other Mandolin/guitar. I play with two amps and naturally, I developed specials technics. I work in particular resonance, ping pong...
I developed too a strange technic. I sing the mouth sticked to the neck wich bring out harmonic. You could listen it in "Rapaces" on my solo album "Primaire"

Peter Evans solo. His work is so interesting. He play trumpet solo but you feel like electronic staff. He is unbelievable ! Listen "More is more" (PSI records)
or see that 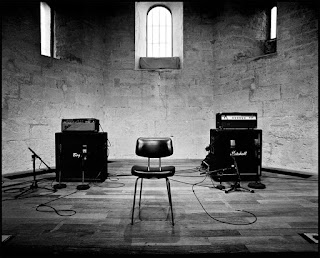