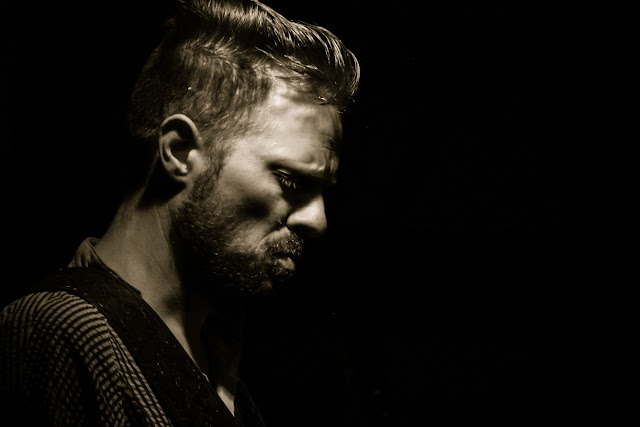 Thomas T Dahl (born September 7, 1973)  is a Norwegian jazz musician (guitar), music educator and composer, known from a series recordings, among others, within bands like Krøyt, Dingobats and Skydive Trio. 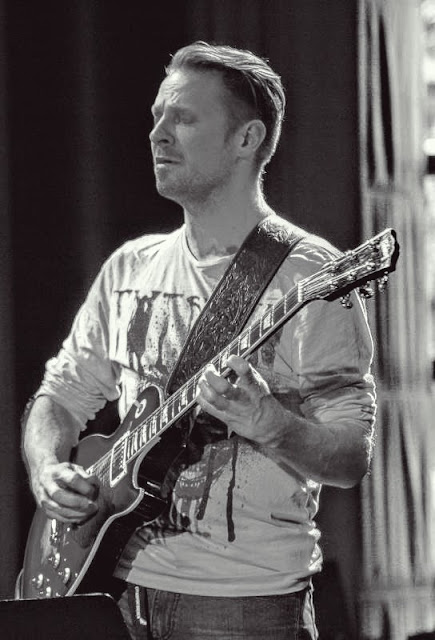 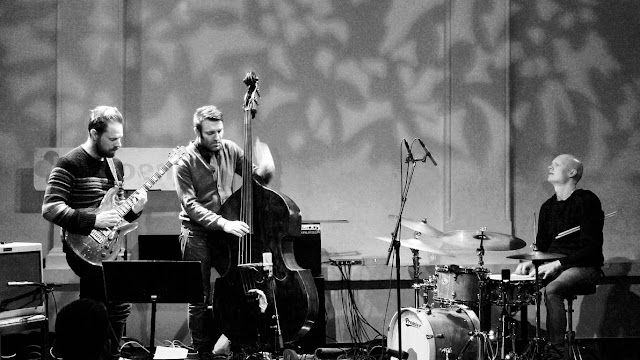 SkyDive Trio Photo Käthe Øien
In recent years, Dahl mainly worked with Mats Eilertsen Skydive: the trio has been working extensively together for many years, on Mats Eilertsens two earlier Hubro albums ”Radio Yonder ” (2009) and ”Skydive” (2011) as well as Mats Eilertsens comissioned work for 7 musicians ”Rubicon” at the VossaJazz-festival in 2014. Also in BMX (w/Njål Ølnes-Sax, Øyvind Skarbø-Drums, Per Jørgensen-Trumpet/Voice/Perc). In addition he is a member of "VHO" (w/ Steinar Krokstad-Drums, Harald Dahlstrøm-Keyboards, Ole Marius Sandberg-Bass) that fills Logen Bar in Bergen, every monday nigh. 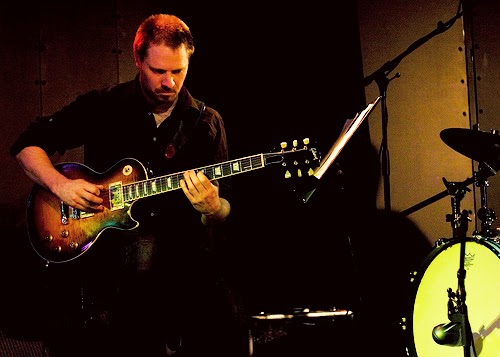 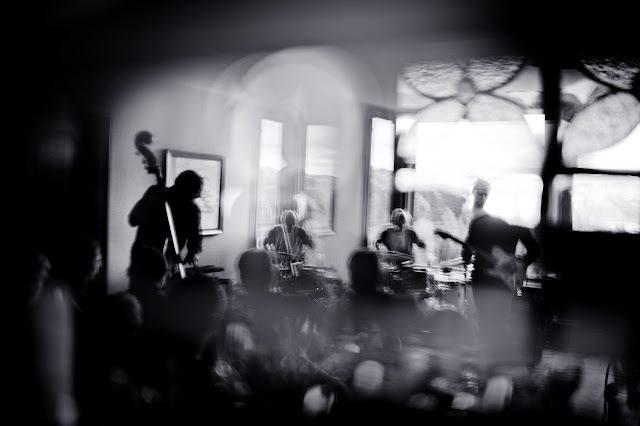 ...it was to copy whatever sound i heard, and then try to get as close to it as possible.

First: Kiss Killers (1982). I'm a big Kiss fan. I have the same feelings about Kiss as I have for Star Wars. It's too important to be judged.
Last: Miles Davis Live at the Plugged Nickel Box. I actually bought the box when it came out late 90s, but I loaned some of them out to friends and never got them back. It's sold ridiculously cheap on iTunes, so I just bought it again. I think this recording captures, for me, one of the most interesting interplaying bands ever. I put off time to listen through this recording at least once every year.

It varies. If I have a lot of projects ahead of me, my time is spent trying to build headroom on the material. In off periods I first try to get my technique in good shape. I don't like to feel limited by technique. I also try to create music, and find new ways of looking at music.

I think BMX's album Rozel Point came to be a pleasant surprise. We had such a bad feeling in the studio. We didn't feel we connected and got very self concious. We did 31 open takes. We were thinking about not releasing it at all. But after a while I started to mix it and felt it was possible to make a decent album. So we released it ever though we felt weird about it. I listened to the music recently (2,5 years after we recorded it) and I really like it. So I guess that our feelings about the studio session clouded our judgment. Lesson learned.

For me technique is a very useful tool, just as all kinds of knowledge are useful tools when you try to define yourself. I never saw limitations as a good thing. Being dogmatic can be tough.

The benefit is that it's easily accessible for the listener. It's also much easier to get music released. Anyone can release their own albums on their own labels. This has resulted in an overflow of publications and the quality is broader than ever, from the really amazing to the extremely poor. With the decline of the record labels we have lost some sort of qualitative censorship. So for the time being we are strugling to find new methods to determin quality on a very open platform like internet. People have to try to find new channels to trust in search of their favorite music. Exciting times.

If the music is recent I think that I'm mostly scrutinizing it. So it might hard to enjoy. But when I get some distance to it I can enjoy it as I do with other music. But it takes time.

I like that you have control over vibrato. Vibrato enhaces sustain. The sustain of a piano note is determined by the attack. And after the attack you can only make it shorter, not longer. As for the guitar I really like the possibility to use vibrato on one spesific note in a chord, to make it stand out more.
One thing I miss is the ability to play crescendo like a horn and bow-players can. But we can of course emulate it with volume pedals or by playing tremolo.

Björk's Debut album really made a chance in my awareness about music. That an album filled with so many different kinds of elements, sounds and moods could become so whole, amazed me. She punched me in my way of thinking, and a bunch of walls came down. After that, making the obvious choices, felt meaningless.

I love to experience other types of art. I've worked with theatre and dance in several different projects and it's always interesting to interact with other ways of communicating. I also love to go to galleries. I have no knowledge about the craft, but I still like to try to translate what i experience to what I do, and see what kind of effect that would have on the music.

I grew up in a musical family where everyone knew a lot about classical music. I'm really happy about being exposed to so much fantastic music so early. Later I got into hard rock. The first songs I learned on guitar were Kiss, Deep Purple, AC/DC tunes etc. In my mid teens I discovered Stevie Ray Vaughan. That raw energy and groovy guitar playing was my first real guitar kick. I always look for that energy/nerve in music, even though it might take different shapes than SRV's formula did. 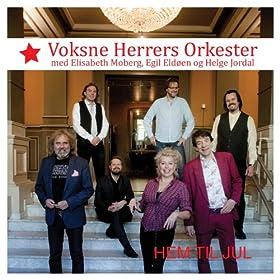 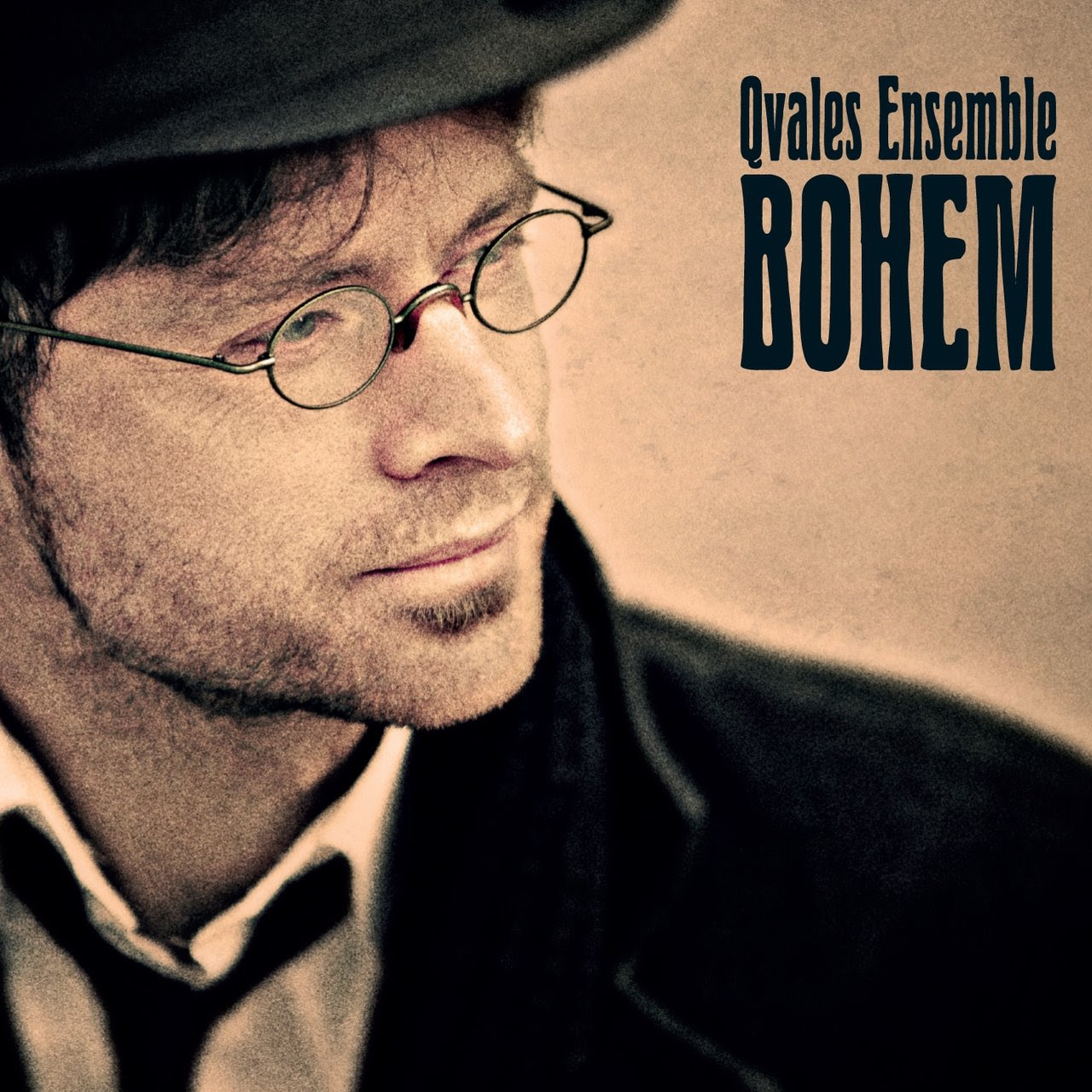 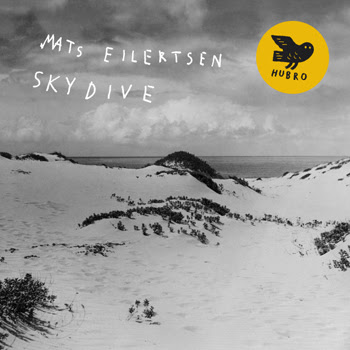 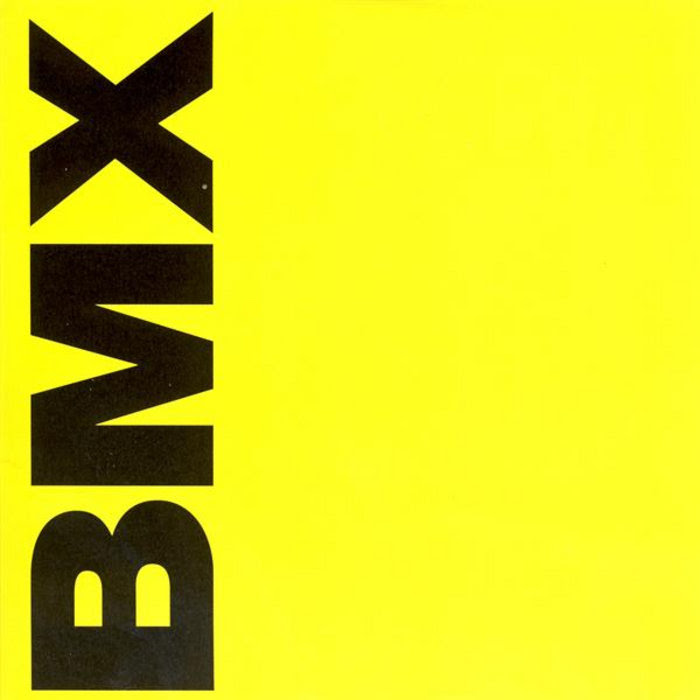 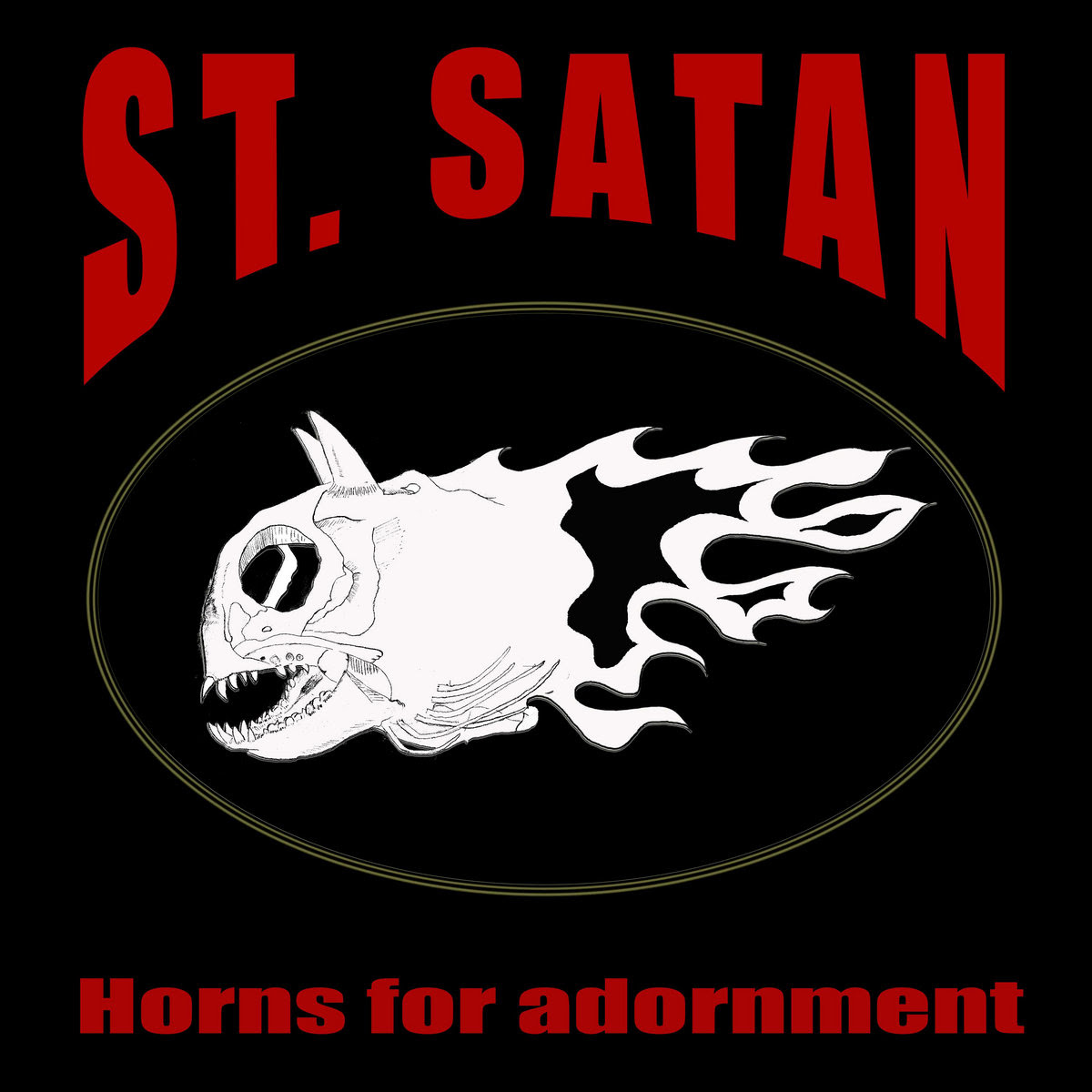 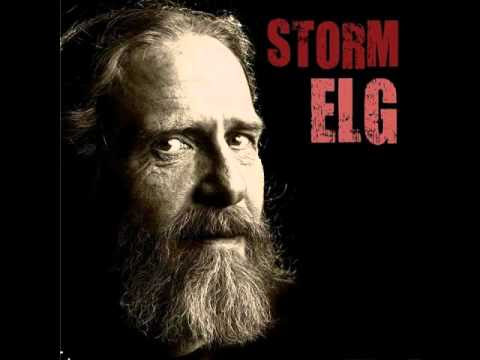 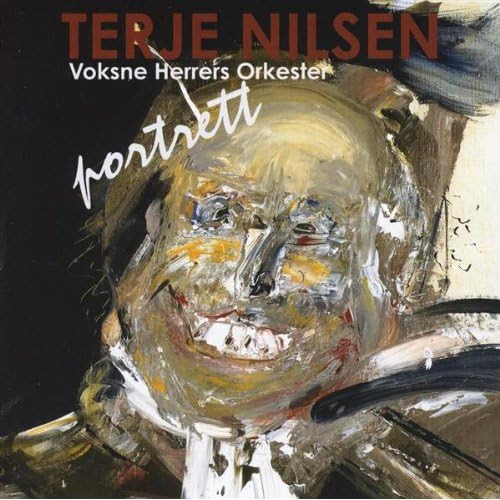 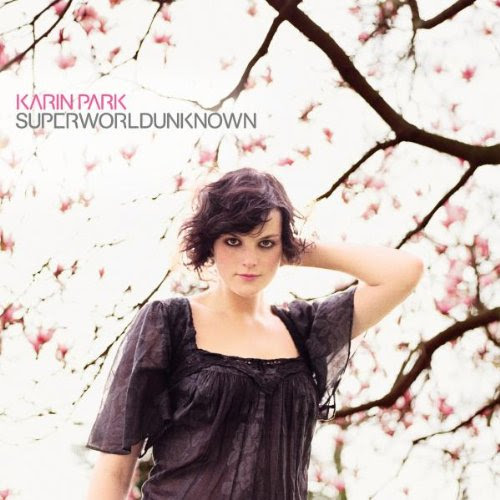