I First met Christian in a masterclass of the Swing String System (Dider Levallet's group, Barre Philips was there teaching too), when I was 15 years old. And I followed him everywhere in his wandering path since. It was this moment where people had moved to a sort of Fusion, more electric sounds, but were actually looking to go back to their roots, playing standards and straigh ahead jazz. They played a whole week in a tiny club of Paris, just duets with Michel Grailler (Chet Baker's pianist amongst many others), and Christian still used his Guitar Synthesizer GR 300 (the Blue Box).

But I was often listening to René Urtreger the great pianist from Miles's soundtrack “Ascenseur pour l'Echafaud”, who played a solo gig every night at Le Montana, and soon Christian was passing by, until they started to hit Charlie Parker and Bud Powell tunes hardly. In fact I didnt first realised it really, while attending those classes with him, but the whole repertoire he gave us to study were rather pre-bop tunes, Count Basie ones, Billie Holiday, up to the Heath Brothers or early Miles.


Christian was born Manouche (a french Gipsy branch of the big family), which meant that Django Reinhardt would always be somehwere, therefore you had to fight with this impossible heritage. Its a bit like when I asked a jewish friend who was for him a great openly jewish artists, he replied me : Bob Dylan. 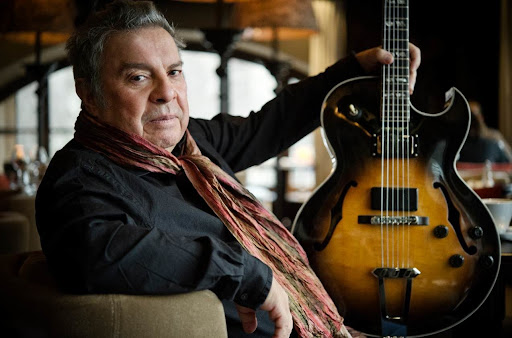 Christian probably did his best to respect the heritage, meaning to absolutely avoid the parody it could fall into, and has often since. You could name Jimmy Raney and René Thomas, I guess René has been for all of us french and european, the big big question and dinivity. But Christian always played his own, taking and accepting all sorts of moments and trends passing by, simply because each of those blocks brought him an occasion to define a different side of his whole-own. I can recognize his playing the first note. I've listened to him so incredibly much, I still do and still want to study further.

I don't know how to describe his playing because its so massive in my ears. I could never limit him to a style, he incarnates so much freedom and jazz to me, history and future, present and past. You always need to root yourself strongly in order to have a chance to make a step forward. He has that incredible and very subtile vibrato of the most human kind in his notes, very spare, always like a cry. He has that unique flow in his phrases that makes any note go through, that original bebop or cool tricotism, the one that slices the time like a knife, like a man in motion, probably the vital cycle of life. I know categories are very narrowing, but for very long I told myself, that if there was such a thing as the “best french guitarist”, Christian would be the one and only in front of many other great players, but he won always, each time for me.

He is also a well kept secret, despite the fact that he has been a name in all minds, that he has played and records with the top greats, and has constantly been totally on the edge of his art, its still a totally underrated artist, to be discovered by so many more. But maybe this is the case of the real greats, René Thomas himself being totally underrated. There is a famous story floating around, that Django would have enthroned René Thomas as the next move, his dauphin in a way, not looking for a servile follower, but fully seeing the potential of what was coming up. To me Christian would clearly be René's Dauphin, and I really couldn't think of anyone else in such terms. They both have that unbelievable flow in their playing that is like an unpredictable wave, often very long phrases that rebirth from itself, that cary on and on, in the unknown (Chet Baker had this, its very rare, very precious). I Love you Christian, you're my forever mentor and hero. 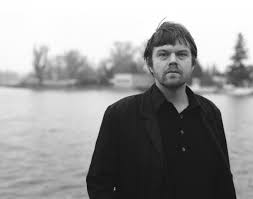