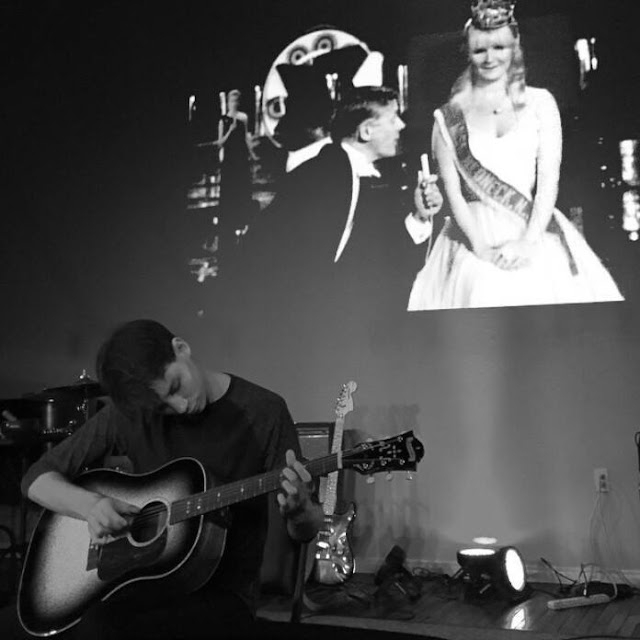 Living in the Texas Panhandle his whole life, being the son of a baptist preacher & living in the middle of nowhere, guitarist Hayden Pedigo spent most of his time listening to records and playing guitar. He was 14 when he heard John Fahey and it changed his life from then on. Hayden love the sounds of krautrock and the american primitive guitar of Fahey and Basho. 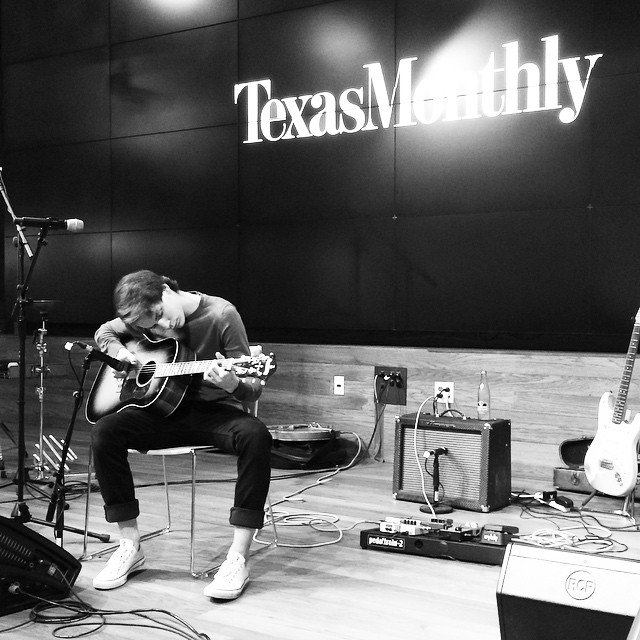 1. What do you remember about your first approach to sound?

(I remember being 15 or 16 years old and going out to the garage with a beat up 60s trash guitar and putting screw drivers under the strings with fuzz and echo on it and making a complete racket. Loved doing that.)

(It's hard for me to "practice" I guess. I find myself wanting to listen to more music than play it. I do love more than anything to just sit ​on the floor and try finding a song. I like a nice melody.)


3. Which work of your own are you most surprised by?

(Probably the piece I composed with Charles Hayward and his daughter Merlin. It was really far out for me and I enjoyed the freedom of the piece. Also the one time I composed a weird sound piece in collaboration with R Stevie Moore. It was a really surprising experience working long distance in both cases.)

4. Why do you need music? Can we live without music?

"It's a complete mind clearing thing for me. Gets rid of the mental junk mail and gets me focused. It's become more personal for me with each year. I can't see a world without music......"

5. Tell me one impossible project do you like to realize

(I would love to compose a guitar piece with William Basinski. We have talked about doing something together so I hope we can work together on something someday. He's a huge influence on my guitar playing.)

(I want to find something that captures exactly how I feel when I'm driving the really barren parts of the Texas panhandle and loving the beauty of the space. Really clean but a huge amount of hills and sky. Still looking for that.)


7. What’s your craziest project about?

(Currently I have been working on ambient pieces for guitar and other sounds with Joseph McMurray when he's not playing drums with Mac Demarco. Hopefully we can release something next year. Really out there stuff.)

8. Tell me one musical work which has provoked a change in your music.

"I have listened to Loren Connors for a few years now but his music has taught me so much about beauty through simple means. His sound is honest and his hands tell the story. I haven't worried as much about technique but more about something that touches someone. I want those notes to matter. Loren really brought that to the front for me.

9. What is your relationship with other art disciplines?

"I love film work. Artist like Chip Lord and his work with film to a director like Harmony Korine always are big influences for me just for the look. I like to capture that in sound."

10. Where are your roots? What are your secret influences?

(Silence. Living in a pretty empty spot on the edge of Amarillo as a kid gave me a lot of time to think. Not rushing to tell a story and taking time to make something worthwhile.)

11. Which living or dead artist would you like to collaborate with?

(Bill Holt. He made the album "Dreamies" in the 70s and was an innovator in his basement. Really don't think he got the credit he deserved. That album still bothers me for some reason. A good kind of bothered.)

12. What is the most recent musical experience that has attracted your attention?

(Listening a lot to an album called "Blood for The Return" by a guy called Mirage. Really out there Van Dyke Parks style homemade insanity. Really inspiring stuff for me.)

(As of now I have two releases coming, one old songs of mine I recorded when I was 16-18 years old for a cassette on Scissor Tail Editions in November of 2015 and a new full length LP on Olde English Spelling Bee Records this upcoming spring 2016. The LP is really out there and I tried a lot of new things for guitar on it.) 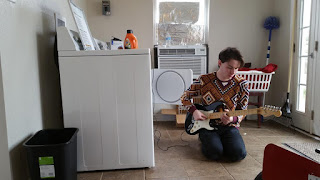 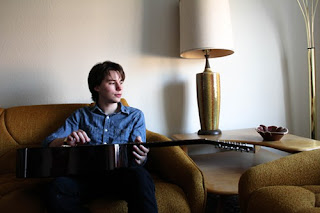