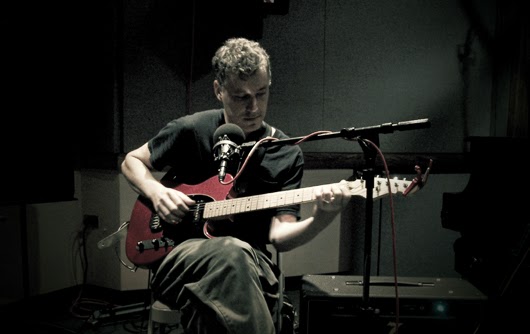 Aaron Russell grew up in Nashville, Tennessee and played guitar in a series of fairly obscure Nashville and S.F. Bay Area bands during the 1990s and early 2000s: Nitre Pit with Tasha Riggins,  Greg Saunier and Rob Fisk, Frothy Shakes, with David Russell and Chris Davis, The Scallions, with  John Allingham and Chris Davis, The Cherry Blossoms with Chris Davis, John Allingham, Peggy Snow, Taylor Martin, and a rotating cast of many others, and THETEETHE, with Greg Saunier, Steve Gigante and Miya Osaki. In 2003 he moved to Austin, Texas and formed The Weird Weeds, with Sandy Ewen, Sarah Hennies,  Kurt Newman and Lindsey Verrill which went on to record 5 LPs and an EP over 10 years, and toured the US and Canada several times. Currently he's still living in Austin and playing guitar in the band Moonsicles with Sheila Scoville, Lindsey Verrill, and Carolyn Cunningham. 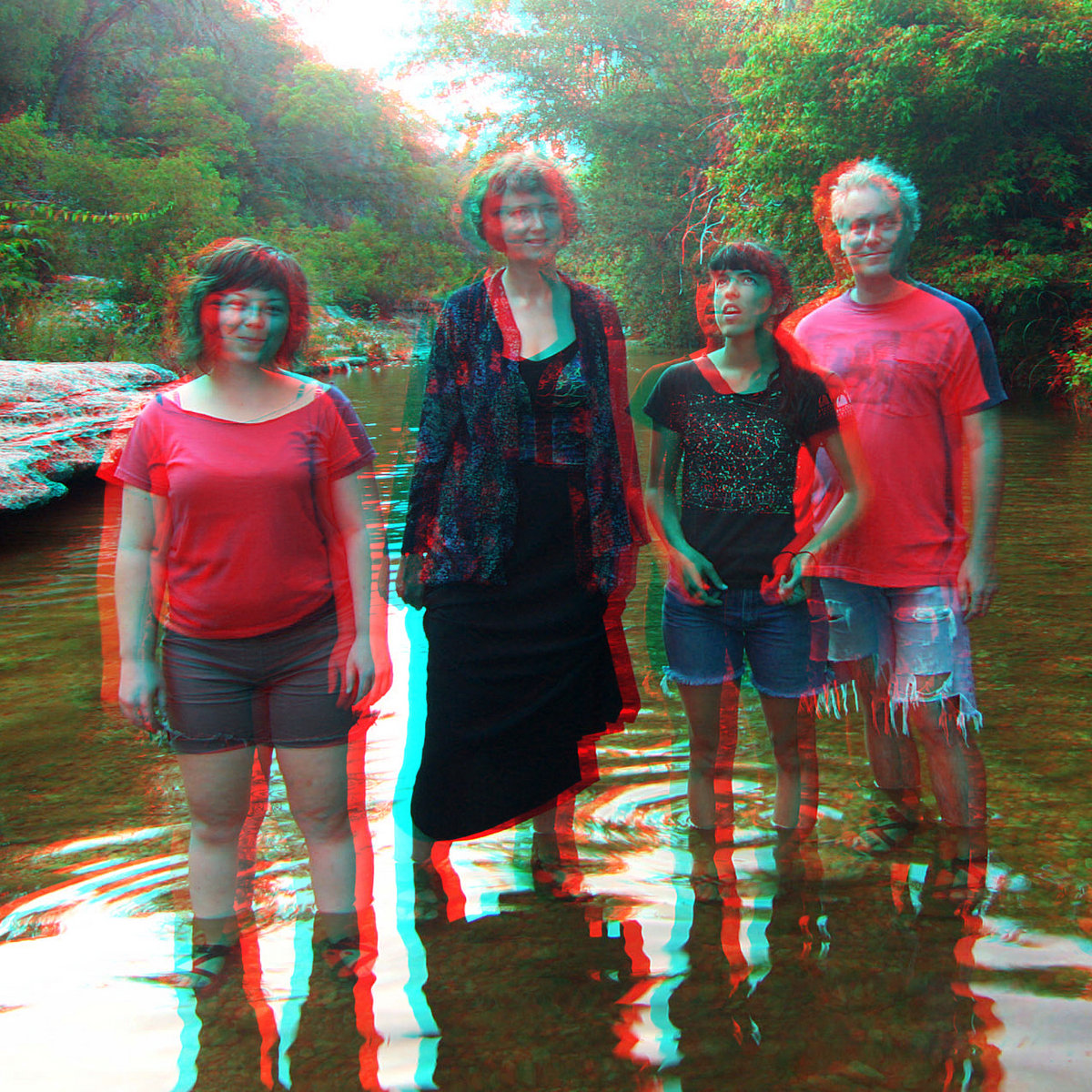 Depends on what you mean by “your own money”, because I hardly ever had a job of my own until around college. If you mean allowance money, or just begging my mom to buy me something, it was probably an Elvis record because I really liked Elvis when I was in elementary school. The most recent record I bought was 52 by Jon Brooks, but in fact my wife had the record store order it and I just picked it up for her. I like it though. The last one I picked out myself and bought in a store might have been a Dr. Octagon or Ultramagnetic MCs reissue but I’m not 100% sure. Whatever it was it probably didn’t heavily feature guitar.

I don’t use a pick when I play, which I guess is slightly strange for electric guitar. I just find it more flexible and enjoyable to use my fingers and nails. I have long fingernails on my right hand, which I think sounds best. When I go on tour (not that often lately, unfortunately), they tend to wear down and break, which I haven’t ever really solved. I also usually play in open tunings. The main ones I’ve been using for the past few years are open G (DGDGBD) and one I stole from Nic Jones that is kind of like the “double C” banjo tuning: CGCGCD. Sometimes I’ll tune one or more strings a quarter tone sharp or flat, or to something based on the harmonic series, like a seventh harmonic. I used to use a capo a lot with electric guitar, but not so much lately.

I think it’s just good to be able to play what you want to play, or I guess if you are working in a studio or orchestra or something, being able to play the parts you are paid to play. I sometimes write music that is too difficult for me, and then work on it until I can play it cleanly. It’s important to me to be able to play my parts in a clean and clear-spoken way. My musical roots (punk, etc.) didn’t really emphasize technique, so I was never one of those people that sat in a room and practiced sweep picking arpeggios for 8 hours a day. I love a lot of prog guitar players like Robert Fripp and Steve Howe, but don’t really aspire to play like them.

The main pleasure in a system like a guitar, for me, is that it ideally has everything you need to make some music you like without having to go crazy thinking you need more gadgets every month, or worrying that your software synth and plug-in collection isn’t complete enough. I’ve found over the years that I do better artistically with limited options, and the guitar is a pretty well time-tested set of features and limitations. There are still plenty of new, creative things you can do with one, and I feel like I should be able to make it work.

Don’t be lazy and timid. Try to get your stuff out there more. I didn’t start touring at all until I was well into my 30s, which seems absurd to me now.

When I was a young kid (maybe 10 years old), but before I played guitar, a lifeguard at the swimming pool I went to was playing the song “Are You Experienced?” by Jimi Hendrix on a boom box. I suddenly realized that the guitar solo sounded really interesting and I wondered how you’d make a guitar sound like that. In retrospect, I’m surprised that I was able to recognize it as a guitar at all at that time. A long time later I realized it was backwards. Sometime soon after hearing that I started playing my mom’s old acoustic parlor guitar, but with some kind of cheap microphone taped to it, played through the family stereo system. I sort of independently discovered you could make feedback that way. My memories are hazy now, but I’m pretty sure this was several years before I started learning to play guitar “for real.”

I usually use very simple setups of solid-body electric guitars and tube amps, with only a few effects pedals. My favorite guitar of all time is a red G&L ASAT that my mother bought me in the 1990s, and that’s what I usually record and play live with these days. I have a few other guitars that I also like. The main thing that they all share is that they do not have tremolo bridges, which I tend to stay away from because in my mind they minimize the chime and sustain I’m looking for, and tend to go out of tune. I have three tube amps that I choose between depending on how loud I need to get at the show. None of them are master volume amps so I need to pick one that sounds good at whatever the show volume is going to be. My all-time favorite is a Dr. Z Carmen Ghia combo that I got from someone on eBay maybe 8 years ago. It just sounds completely amazing to me every time I use it. The seller has actually tried to buy it back from me twice! I just a use a few pedals: There are four on my pedalboard right now: tuner, overdrive, tremolo, and reverb. We also have a number of synthesizers around the house that I use sometimes for recording (my wife, Sheila Scoville, plays synths in several bands, including Moonsicles, the band that I’m in). Every now and then I go crazy and record an album’s worth of synthesized drone music that I don’t do much with. I have a few acoustic guitars around too, but don’t do much performing or recording with them, for the most part.

I just finished recording a new album Bay Of Seething with my band, Moonsicles, that is going to be released this Fall. I’m very excited about that release because I think the recording turned out especially well. Aside from that, I’m working on music for fairly unadorned solo electric guitar, and just did a performance of that nature in Houston. Probably those will be my two main things for recording and performance for the next couple of years, at least, unless some unexpected change or opportunity happens. I would love to tour Europe with Moonsicles. In my spare musical time I teach myself Hawaiian Slack-key tunes on acoustic guitar, but have never performed those live.

The only way I can describe it is that I often want to hear the inner life of a sound, that exists beyond and outside of the person playing it. Ideally it would be some sort of ego-less natural sound, like pebbles sliding down a hill or something. In the solo electric guitar stuff I’m working on, a lot of it is about playing very simple, sustained notes and chords with no effects, and listening to the little beating and shimmering sounds that happen all by themselves.

This is why I tend to avoid using lots of effects, because it always feels to me like they are sort of constricting the natural sound that is happening, imposing some kind of swishing modulation or other thing like that. Playing in a band, though, there are lots of times when it’s better to go for some other kind of color, so I’m not any kind of sonic purist, and sometimes I also just sort of wail on guitar without any big ideas. Lately I’m getting more into sort of loud, crude, distorted guitar tones, and am just letting things flow in that direction.


I like hearing and playing with musicians that I wouldn’t mistake for any other person, and really value a person like that for courageously presenting their own their unique perspective and developed aesthetic. For example, when you listen to the Who, the bass player is really obviously John Entwistle, and likewise for the other members. I guess this clashes somewhat with my idea about ego-less nature sounds given above. I have some internal logic that somehow lets it make sense. At any rate, that’s how I pick band members I want to play with. 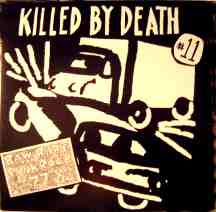 I had a good friend in a band one time (John Allingham from The Cherry Blossoms) tell me he thought it was more important to be inclusive than to have a good product, and that really struck me. The best part was that by having that attitude, letting people be really free, and not trying to control them all the time, he had an incredible band! I like to think that what I do has some roots in that kind of attitude to culture in general.

At this instant, Bo Diddley and Buddy Holly spring to mind.

Honestly, I have not been getting out enough recently, but my favorite band to see live lately in Austin, TX, where I live, is How I Quit Crack. My favorite local guitarist is Jonathan Horne, who has also been a good friend for many years now, and is always inspiring to hear. About 5 years ago, I got to see Ornette Coleman play, which was a beautiful and memorable performance. I kept hoping he would come back so I could go hear him play live again, but of course that never happened. 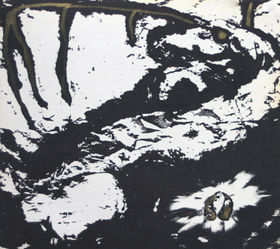 THETEETHE - Wave Off
Self released 2001 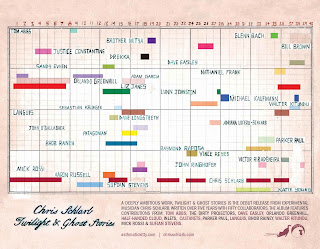 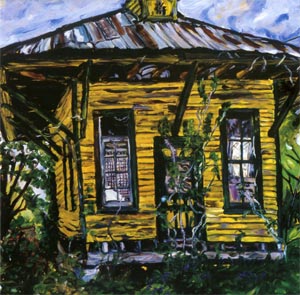 The Weird Weeds - I Miss This ‎
Autobus Records 2008 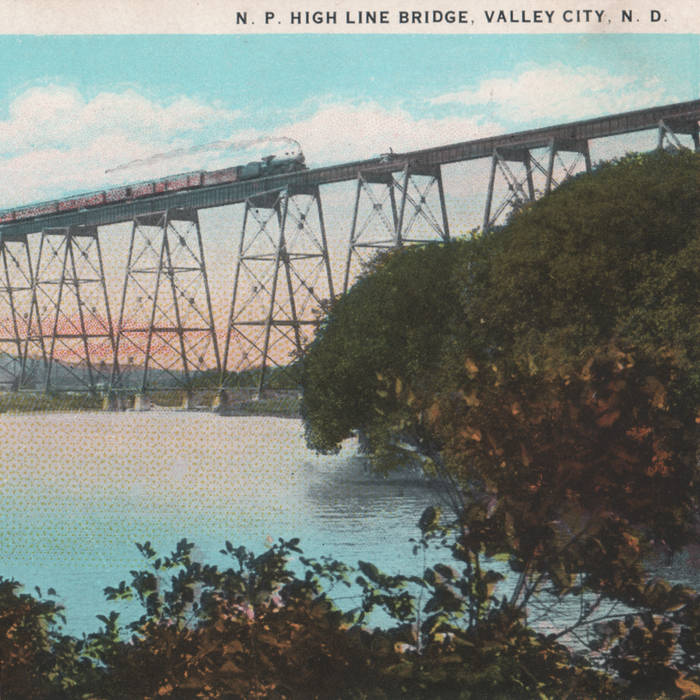 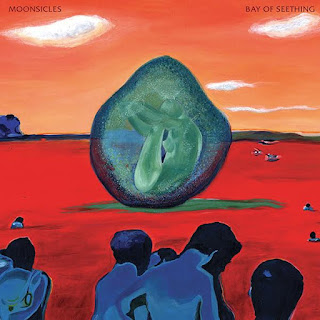 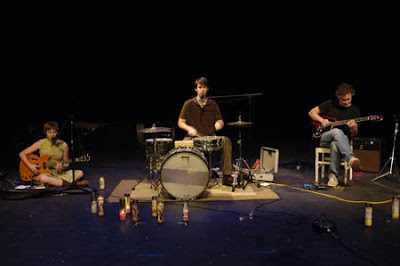 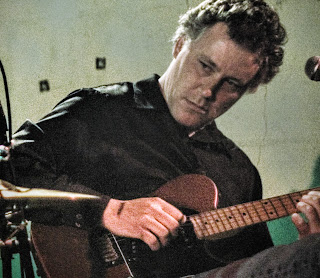