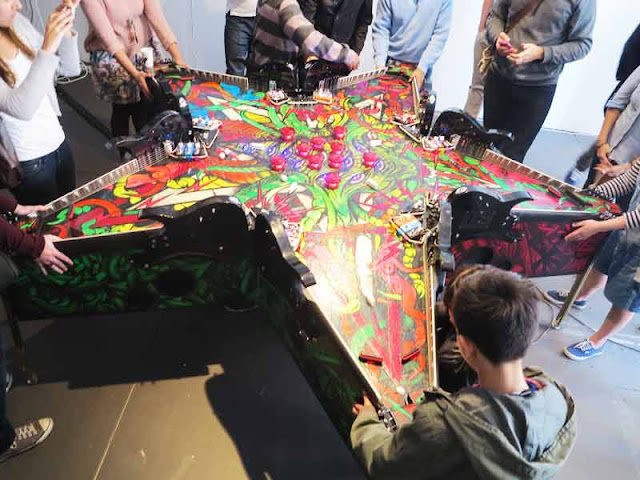 A pentagram shaped pinball game played by five players at once, each stationed at each of its five points. All outer triangular walls of all five points have guitar necks strung up with their fret boards exposed to the play field. In the center of the pentagon has a mass of pop bumpers connected to a drum machine creating blast beats and the balls speed about the game. Legendary guitarist and artist from the Australian metal band Sadistik Exekution Rev Kriss Hades has emblazed his incredible art onto the machine.  (due to circumstances beyond our control this is exhibited as a work in progress which will be completed during the course of the exhibition, if you would like an email to inform you when the game will be available to play please provide your address on the list provided near the work) 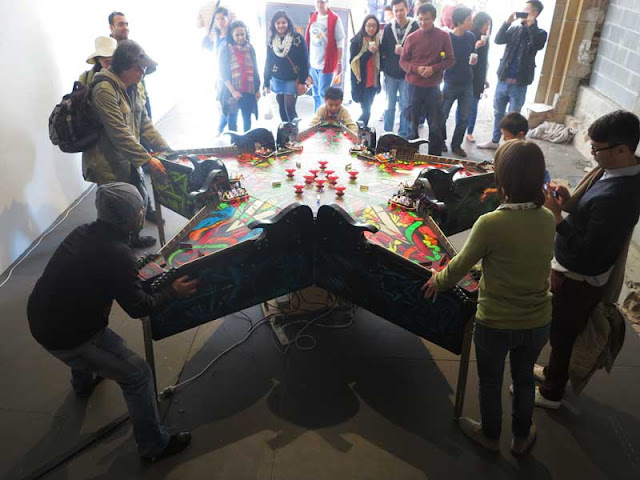 A pentagram shaped pinball game emblazoned with fluorescent graphics by the Rev Kriss Hades depicting the lord of the deep ones. A multiplayer pinball game with five players stationed at each of the stars five points.

The outer triangular walls of the star are made from ten guitars with their fret boards facing inward into the playfield, while in the central pentagon ten pop bumpers are connected to a drum machine. These are all connected to various audio effects triggered by targets positioned throughout the game. So when the balls bounce off the strings distorted open tunings are produced while the pop bumpers accompany the din with a chaotic drum solo.
Video shot at ISEA rocks pop up program during AROMA coffee festival 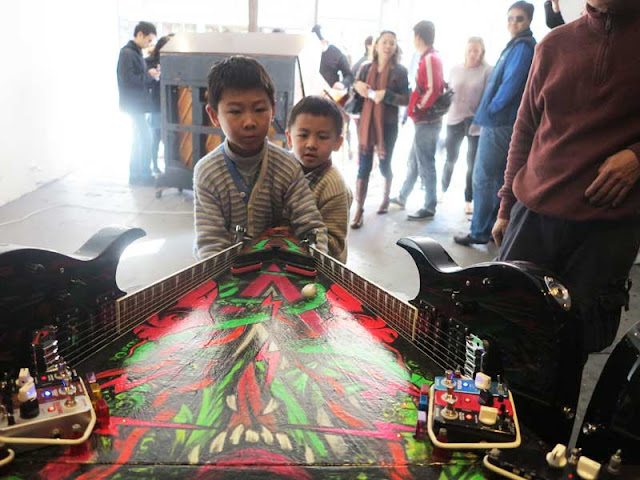 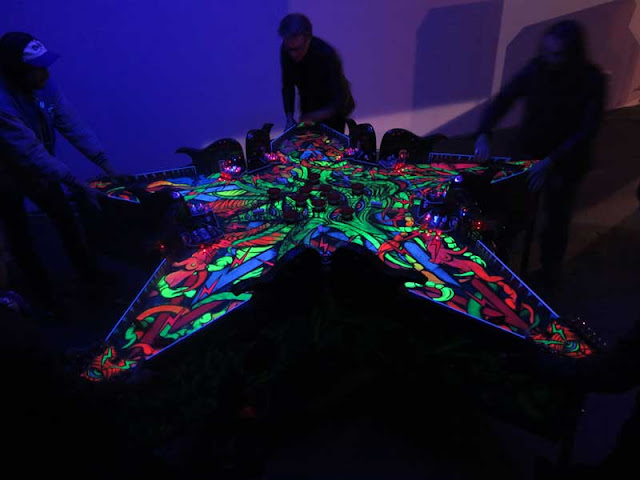 Abela’s hybrid, Balls for Cathulu (2013), combines pinball mechanisms with electric guitars. It’s a five-player game with the instruments arranged to create a pentagram (decorated by heavy metal master Reverend Kriss Hades). There is a basic level of feedback at all times but as you flick the balls around they hit the live strings of the guitars setting off new wailing tones. In the centre is a series of bumpers that play percussive sounds when impacted. It’s loud, ingenious and unbelievably satisfying to play, the cause and effect a totally physically process. Plus you have permission to make a god-awful, yet aesthetically coherent racket! These creations, along with a previous work, Vinyl Rally (which I’ve yet to experience), prove Abela, already a renowned noise performer, to be a truly unique instrument builder and installation artist. 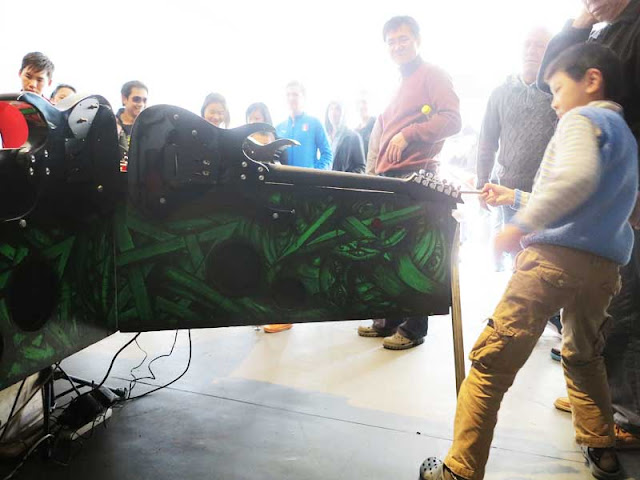 Resembling an ancient proto-pinball machine crafted eons ago and found centuries later in a Javanese burial chamber; Gamelan Wizard is an eight player pinball game housed in an intricately carved octagon pendopo that incorporates Gamelan instrumentation into it's playfield so as you play it plays. Unlike Abela's previous musical instrument/pinball hybrids this new machine is totally acoustic taking advantage of the naturally loud Gamelan Instrumentation resonating within the body of the game. 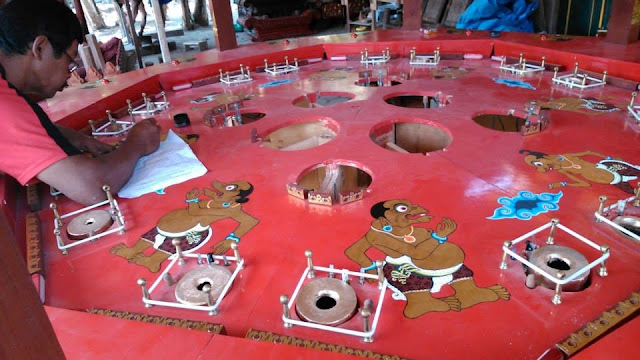 To execute Gamelan Wizard Lucas Abela has teamed up with two of Yogyakarta’s most celebrated musicians Wukir Suryadi and Rully Shabara in addition to working with famed Gamelan master Wibowo who, along with his skilled craftspeople, hand carved the cabinet and forged the Gamelan. By pitting together our two disparate icons; Pinnies and Gamelan, we have created a unique participatory installation that meshes together our respective cultural identities. 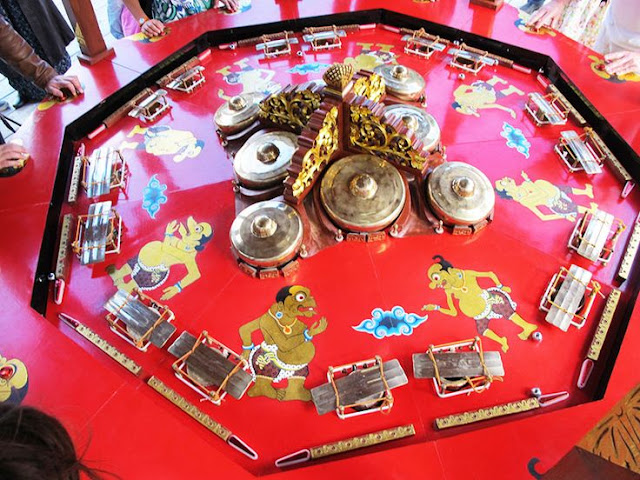