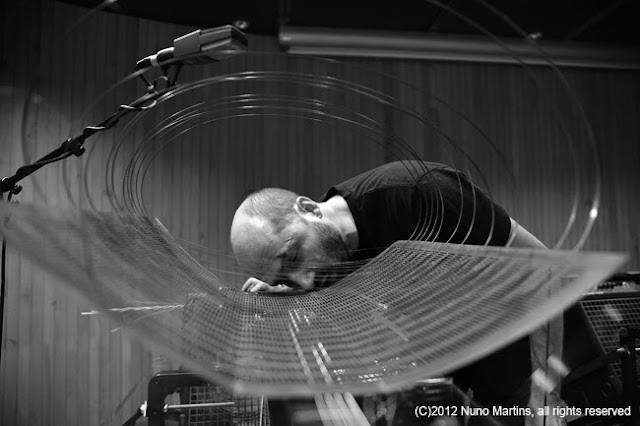 Abdul Moimême is a Lisbon based musician and active member of the cities free improvisation scene. His main instrument is the electric guitar, which he prepares and plays one or two at a time, unaided by electronic effects, other than the dry output of his amplifiers and preamps. The musicians name is an artistic pseudonym inspired by the work of the late Jewish painter Abdul Mati Klarwein, whose visionary work illustrated many jazz and rock album covers. While living in Madrid in the 70s he studied guitar with private teachers, eventually moving to Boston to study architecture. In 1986 he completed his degree at the University of Lisbon, practicing architecture professionally since then.

In 1999 he began working as a jazz writer in various Portuguese publications such as Flirt, All Jazz and Jazz.pt magazines, as well as the Público newspaper.

Since 2001, he has performed in several projects such as: Hipnótica, IKB, Insub Meta Orchestra, Potlatch, Queixas,  Suspensão and Variable Geometry Orchestra. 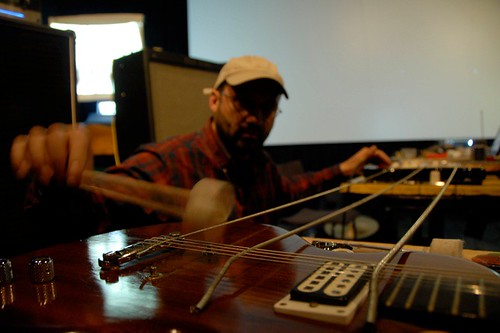 What was the first musical sound you remember?

When I was about 6 year old, in summer, they would make kids take an afternoon nap. Rather than sleeping I would stay awake listening to the sounds coming across the orange grove, when the crickets were at the peak of their orchestral frenzy. Through that pastoral veil of sound one could also hear to the echoes of the local marching band, rehearsing in the nearby pavilion. I don’t remember them playing a single melody; they just kept freely warming their horns, superimposing invariably dissonant keys. This went on for hours. It was very beautiful.

I dream about becoming very rich... playing improvised music. Of course, it’s only a dream. 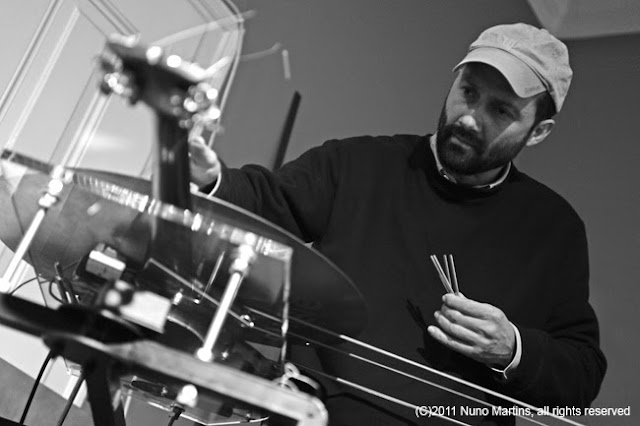 My mother convinced me to start playing when I was 11. Then I dropped it for a year, until the school show, when I heard two older colleagues perform. They played Bach’s Bourrée and Scarborough Fair with electric guitar and bass. I was really impressed by their performance and decided, there and then, to seriously pick up the guitar again. I then found a new teacher, a Flamenco player, who had also been part of the early Spanish rock scene, playing electric.

I’m basically proud of all because I believe I gave each one my best shot. On the other hand, when you are taking risks, sometimes new ideas don’t function as well as you would like. So, you continually strive to listen and focus more carefully; you’re involved in a process.

I think I’ve been very lucky to live in Lisbon, which has a prolific and creative art scene. Working with Ernesto Rodrigues (Creative Sources) and Queixas (D’Incise and Cyril Bondi) has also had a major impact on my development as a musician. I’m also very pleased with my latest solo work, released on the Swiss netlabel Insubordinations. 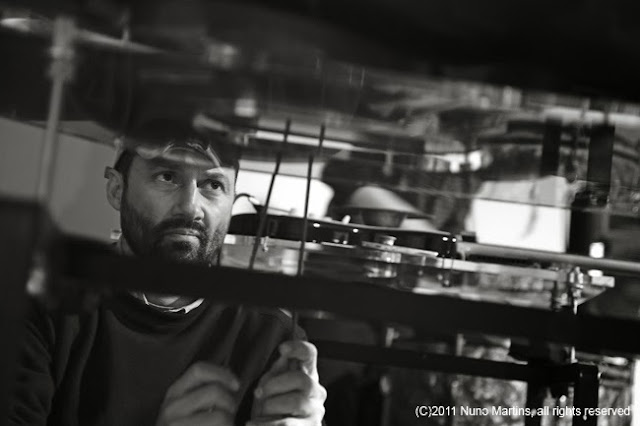 Which is the main drawback of the guitar?

A plucked string produces a transient signal. For example, the strings of a classical guitar have a decay time of about 5-10 seconds. I imagine that may be considered a limitation, but it’s also what gives stringed instruments one of their unique qualities. All instruments have some sort of physical limitation, but it’s up to musicians to define where the real borders lie. 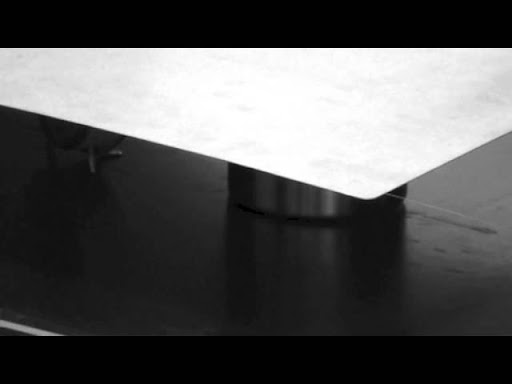 Consider what Andres Segovia did for the Spanish guitar, previously regarded as an instrument only fit for a tavern. With the advent of the electric, I can’t imagine that Leo Fender would’ve guessed the sounds Hendrix would produce, only 15 years later. If you listen to Jim Hall or Derek Bailey, one remains in awe at how versatile the guitar actually is.

Before becoming really interested in the sonic possibilities of this instrument - which was early on – I was restlessly inventing things. So, naturally, I ended up blending those two qualities. It was inevitable.

I try to extend my own borders in small increments. One discovery leads to the next. In the process one discards the things that don’t work so well. On the surface it’s quite simple; it’s in the small details that things get more complicated.

I built my second electric guitar, presently my main instrument. It’s relatively thin (4cm / 1.6”).
I was forced to remove the bridge, for technical reasons and simply used the tailpiece, like in the mid-fifties Gibson models. So my scale is longer than usual, which makes a big difference in the tonal quality, especially in the bottom register.

Tuning is also altered constantly; sometimes throughout a whole performance. That allows many different options, especially if you are using feedback.

I’ll also play two guitars simultaneously, connecting them in such a way that they become a single acoustic ‘mechanism’. Then I’ll produce different types of reverb by adding resonant objects, such as sheet metal, long springs, etc. The possible combinations are infinite, so to speak, and many are only played once.

Another aspect is the use of amplification as a means of ‘exciting’ my setup; as opposed to simply amplifying the guitars’ signal. I’m constantly using my amplifier and preamp to produce and modulate the overall sound and response of the objects being used. Many of these are made to resonate at their natural frequencies. That’s as much as I’ll use electronics.


What’s the difference between a good and a bad guitar?

An experience that happened to pianist Burton Greene, is worthy of mention. He was travelling with a committee, throughout India, performing in various cities. After many days on the road, in one particular venue there was no piano. So, he had to resort to assembling an improvised percussion set by adding the available odd objects, such as buckets, cans, etc… with which he performed! At the end of his execution a member of the committee (the Guru) came up to him in praise, “Finally I realize you are a great musician!”

There will certainly be a big difference between a good and a bad guitar, but the Burton Greene story highlights the importance of musicianship, irrespective of the circumstance of playing a tin can or a Steinway and Sons.

In the past I’ve played tenor saxophone, clarinet and flute. Personally, each one begs a certain approach, highlighting a different aspect of me as a musician. The context in which I’m playing obviously is the main factor dictating the resulting sound, but each instrument certainly conditions me, at least psychologically. For example, my work with Hipnotica, were I played a lot of woodwind, was much more jazz orientated. It’s not like that with the prepared guitar.

That’s very difficult. If I could I would have arrived at some sort of conclusion, which I haven’t, so far. Forced to define it, I would say that I’m always looking for a ‘different sound’, something that surprises me.

That’s a difficult question because one can easily sound pretentious. It’s like asking what one’s influences are. Invariably you end up conjuring your favorite masters, implying there is some sort of heritage, which nobody recognizes other than yourself!

I’m pleased to play with artists who are capable of listening and want to create a common space, in celebration of the present moment. That allows for a wide range of individuals, not just a selected handful. 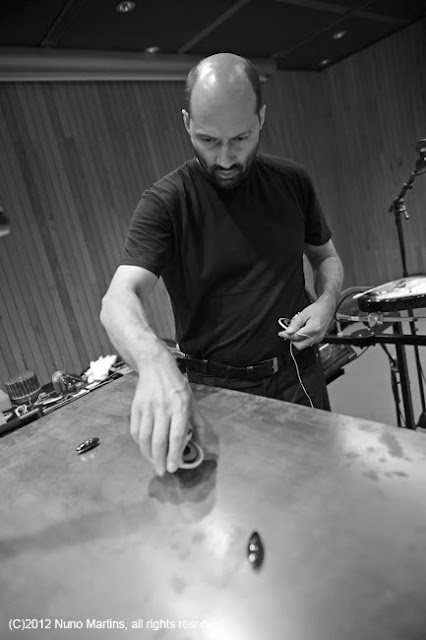 What dead artist would you like to have collaborated with?
If I had to wish something impossible then I’d simply wish to see him/her perform live!

Buddy Bolden, Vaslav Nijinsky, Duke Ellington, Merce Cunningham, Eric Dolphy, Albert Ayler… are some of the names that come to mind, but its beyond my imagination to conceive how I could possibly contribute anything relevant to their work.

With the advent of contemporary media it’s tempting to become completely absorbed with the past. I spend a lot of time listening and reading about it. Presently I’m writing a series of articles about jazz arrangers for Jazz.pt, a Portuguese online magazine.

As an alternative, one could fantasize about playing with someone from the future. Would I understand what they do as Art? I imagine not. So, I’m satisfied with living in the present.

My latest project is about composition. But it’s still a work-in-progress, in a very initial phase.

Projects in which he has been involved 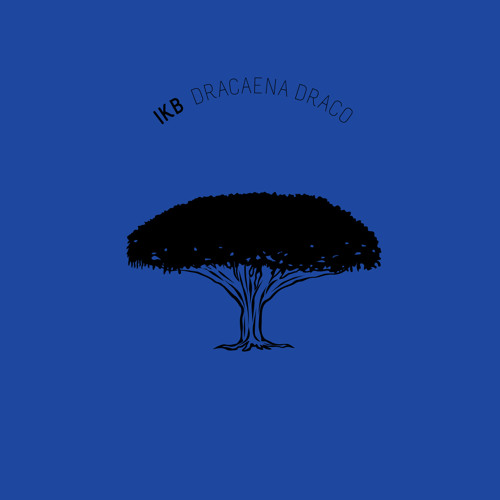 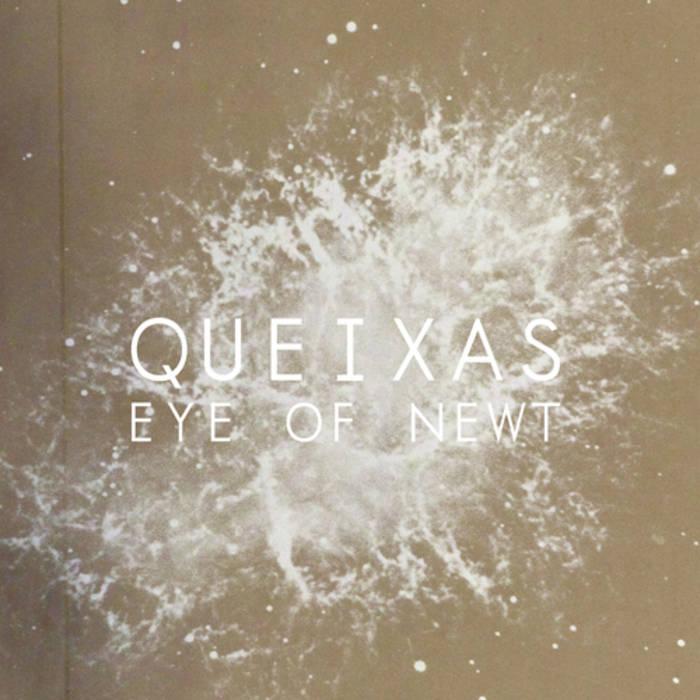 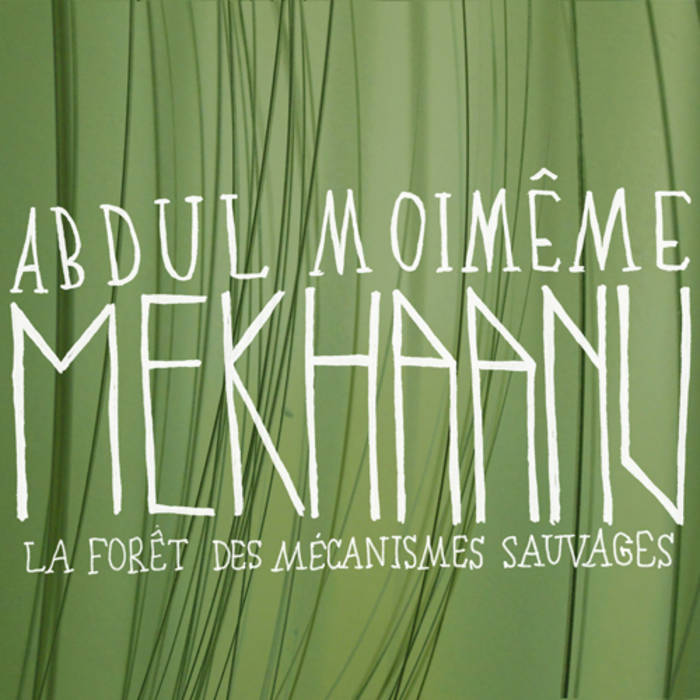 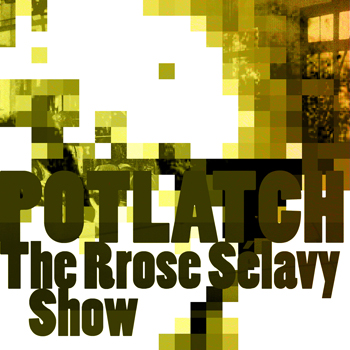 Many Thanks to Nuno Martins for his photos
Publicado por Miguel Copon en 9:21 AM