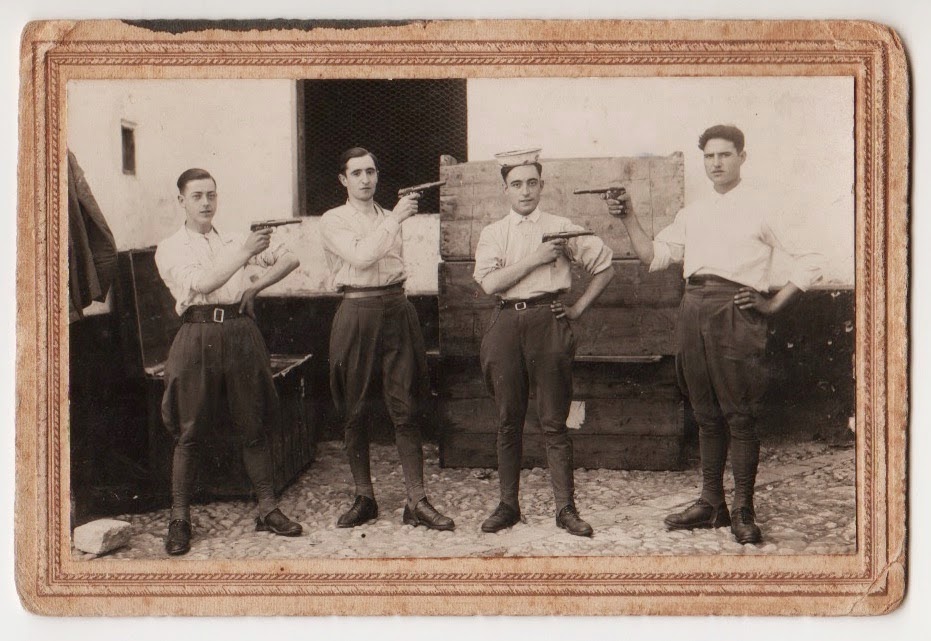 So strong is the belief in life, in what is most fragile in life – real life, I mean – that in the end this belief is lost. Man, that inveterate dreamer, daily more discontent with his destiny, has trouble assessing the objects he has been led to use, objects that his nonchalance has brought his way, or that he has earned through his own efforts, almost always through his own efforts, for he has agreed to work, at least he has not refused to try his luck (or what he calls his luck!). At this point he feels extremely modest: he knows what women he has had, what silly affairs he has been involved in; he is unimpressed by his wealth or his poverty, in this respect he is still a newborn babe and, as for the approval of his conscience, I confess that he does very nicely without it. If he still retains a certain lucidity, all he can do is turn back toward his childhood which, however his guides and mentors may have botched it, still strikes him as somehow charming. There, the absence of any known restrictions allows him the perspective of several lives lived at once; this illusion becomes firmly rooted within him; now he is only interested in the fleeting, the extreme facility of everything. Children set off each day without a worry in the world. Everything is near at hand, the worst material conditions are fine. The woods are white or black, one will never sleep. 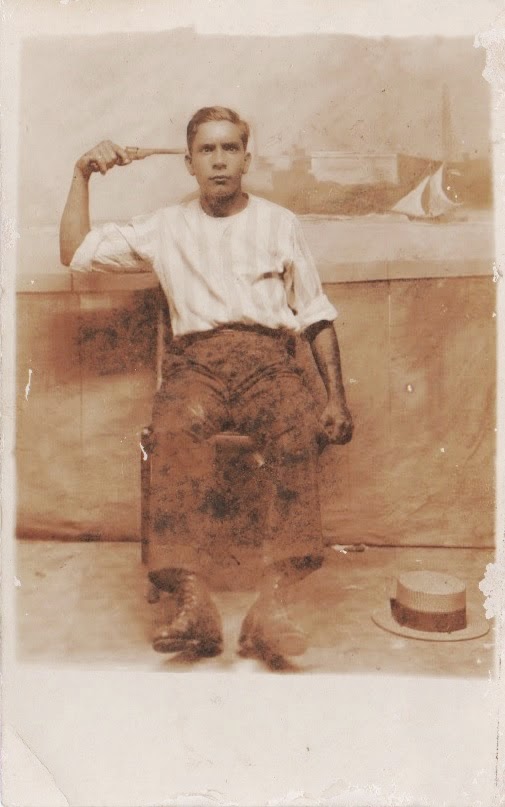 But it is true that we would not dare venture so far, it is not merely a question of distance. Threat is piled upon threat, one yields, abandons a portion of the terrain to be conquered. This imagination which knows no bounds is henceforth allowed to be exercised only in strict accordance with the laws of an arbitrary utility; it is incapable of assuming this inferior role for very long and, in the vicinity of the twentieth year, generally prefers to abandon man to his lusterless fate. 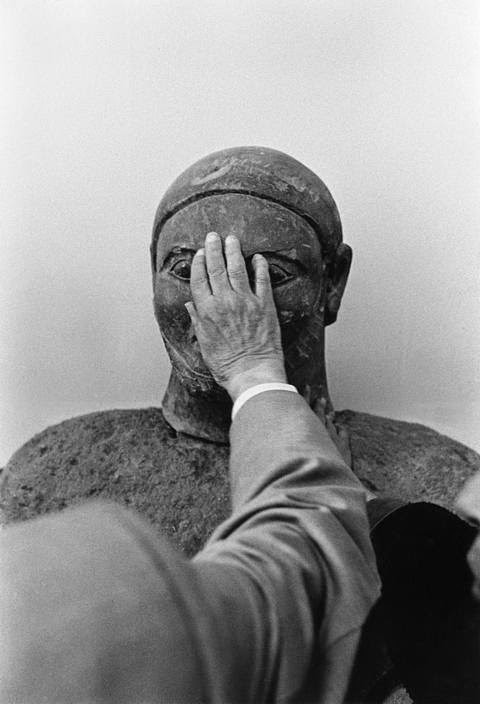 Though he may later try to pull himself together on occasion, having felt that he is losing by slow degrees all reason for living, incapable as he has become of being able to rise to some exceptional situation such as love, he will hardly succeed. This is because he henceforth belongs body and soul to an imperative practical necessity which demands his constant attention. None of his gestures will be expansive, none of his ideas generous or far-reaching. In his mind’s eye, events real or imagined will be seen only as they relate to a welter of similar events, events in which he has not participated, abortive events. What am I saying: he will judge them in relationship to one of these events whose consequences are more reassuring than the others. On no account will he view them as his salvation.
Beloved imagination, what I most like in you is your unsparing quality. 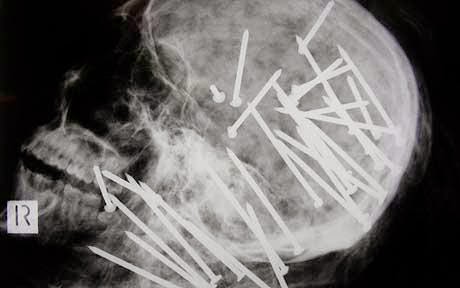 There remains madness, "the madness that one locks up," as it has aptly been described. That madness or another…. We all know, in fact, that the insane owe their incarceration to a tiny number of legally reprehensible acts and that, were it not for these acts their freedom (or what we see as their freedom) would not be threatened. I am willing to admit that they are, to some degree, victims of their imagination, in that it induces them not to pay attention to certain rules – outside of which the species feels threatened – which we are all supposed to know and respect. But their profound indifference to the way in which we judge them, and even to the various punishments meted out to them, allows us to suppose that they derive a great deal of comfort and consolation from their imagination, that they enjoy their madness sufficiently to endure the thought that its validity does not extend beyond themselves. And, indeed, hallucinations, illusions, etc., are not a source of trifling pleasure. The best controlled sensuality partakes of it, and I know that there are many evenings when I would gladly that pretty hand which, during the last pages of Taine’s L’Intelligence, indulges in some curious misdeeds. I could spend my whole life prying loose the secrets of the insane. These people are honest to a fault, and their naiveté has no peer but my own. Christopher Columbus should have set out to discover America with a boatload of madmen. And note how this madness has taken shape, and endured. 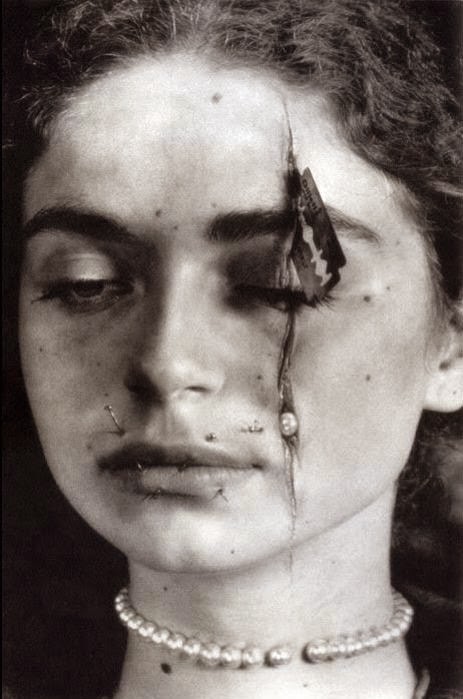 It is not the fear of madness which will oblige us to leave the flag of imagination furled.
The case against the realistic attitude demands to be examined, following the case against the materialistic attitude. The latter, more poetic in fact than the former, admittedly implies on the part of man a kind of monstrous pride which, admittedly, is monstrous, but not a new and more complete decay. It should above all be viewed as a welcome reaction against certain ridiculous tendencies of spiritualism. Finally, it is not incompatible with a certain nobility of thought. 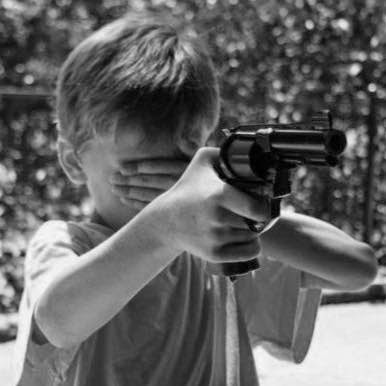 By contrast, the realistic attitude, inspired by positivism, from Saint Thomas Aquinas to Anatole France, clearly seems to me to be hostile to any intellectual or moral advancement. I loathe it, for it is made up of mediocrity, hate, and dull conceit. It is this attitude which today gives birth to these ridiculous books, these insulting plays. It constantly feeds on and derives strength from the newspapers and stultifies both science and art by assiduously flattering the lowest of tastes; clarity bordering on stupidity, a dog’s life. The activity of the best minds feels the effects of it; the law of the lowest common denominator finally prevails upon them as it does upon the others. An amusing result of this state of affairs, in literature for example, is the generous supply of novels. Each person adds his personal little "observation" to the whole. As a cleansing antidote to all this, M. Paul Valéry recently suggested that an anthology be compiled in which the largest possible number of opening passages from novels be offered; the resulting insanity, he predicted, would be a source of considerable edification. The most famous authors would be included. Such a though reflects great credit on Paul Valéry who, some time ago, speaking of novels, assured me that, so far as he was concerned, he would continue to refrain from writing: "The Marquise went out at five." But has he kept his word? 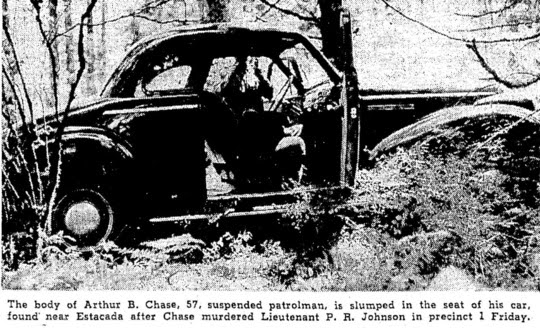 If the purely informative style, of which the sentence just quoted is a prime example, is virtually the rule rather than the exception in the novel form, it is because, in all fairness, the author’s ambition is severely circumscribed. The circumstantial, needlessly specific nature of each of their notations leads me to believe that they are perpetrating a joke at my expense. I am spared not even one of the character’s slightest vacillations: will he be fairhaired? what will his name be? will we first meet him during the summer? So many questions resolved once and for all, as chance directs; the only discretionary power left me is to close the book, which I am careful to do somewhere in the vicinity of the first page. And the descriptions! There is nothing to which their vacuity can be compared; they are nothing but so many superimposed images taken from some stock catalogue, which the author utilizes more and more whenever he chooses; he seizes the opportunity to slip me his postcards, he tries to make me agree with him about the clichés: 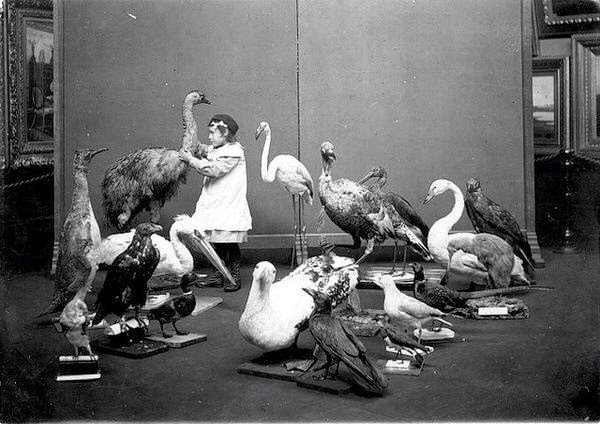 The small room into which the young man was shown was covered with yellow wallpaper: there were geraniums in the windows, which were covered with muslin curtains; the setting sun cast a harsh light over the entire setting…. There was nothing special about the room. The furniture, of yellow wood, was all very old. A sofa with a tall back turned down, an oval table opposite the sofa, a dressing table and a mirror set against the pierglass, some chairs along the walls, two or three etchings of no value portraying some German girls with birds in their hands – such were the furnishings. (Dostoevski, Crime and Punishment) 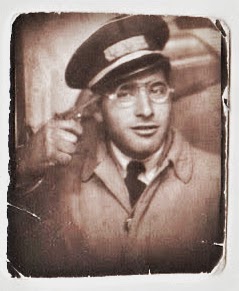