This is a weekly series to be hosted by Prepared Guitar.  It is my hope that the following information would not only highlight the artist, their techniques, and their musical endeavors, but also cause others to reach for their own goals in a realistic way. It is my hope that this will be an international site where guitarists worldwide would not only have the opportunity to listen but also be motivated and inspired to follow their dreams.

Let me introduce The Star Pillow aka Paolo Monti, from Italy!

The Star Pillow is a musical project born from an idea of ​​Paolo Monti in December 2007.
The first album, "Christmas Session" (Taverna Records 2009), is attempting to register a feeling, the spirit of Christmas, in a disc of six tracks, one for the night from 22 until December 27.

In December of 2011, his second album "Not t'illudere" (Taverna Records 2011) in which there is a basic concept: the use of loop built, destroyed and recycled, but there is no trace of any real instrument. In the wake of the interest aroused by two live impromptu, one of which as an opening to Fuzz Orchestra, Paul and pianist Frederick Gerini, gather at the end of 2011 working on some small compositional sketches, expanding them up to make them most "visual", each with its own story to tell. The end result of 70 minutes of music, which constitutes the third disc, released in June 2012, entitled "Environmental Factor" (Taverna Records 2012).

2013 is a very prolific year for the Tuscan duo. Two discs were published for the label Bristle Pig of Stefano Giust (1993 cult label for experimental music and improvisation) in collaboration with Taverna Records and, like the others, always produced by Paul. Both very different from everything that made you feel so far. A photograph of the faithful new interests and stimuli emerged from an intense series of live, by the encounter with musicians from different backgrounds, from reading and listening (Cage, Sun Ra, David Toop...), all carried by a personal need and shared self-treatment through the sounds and improvisation total. Here then the questions that do not want to answer, "The beautiful questions" and the life that teems in "Via del Chiasso", the latter along with the saxophonist Bruno Romani (Detonation, Alice, No Guru, Xabier Iriondo, etc) both excellently reviewed at the international level.

On December 24, he released sixth album "All is Quiet" (Paradigms Recordings 2014) 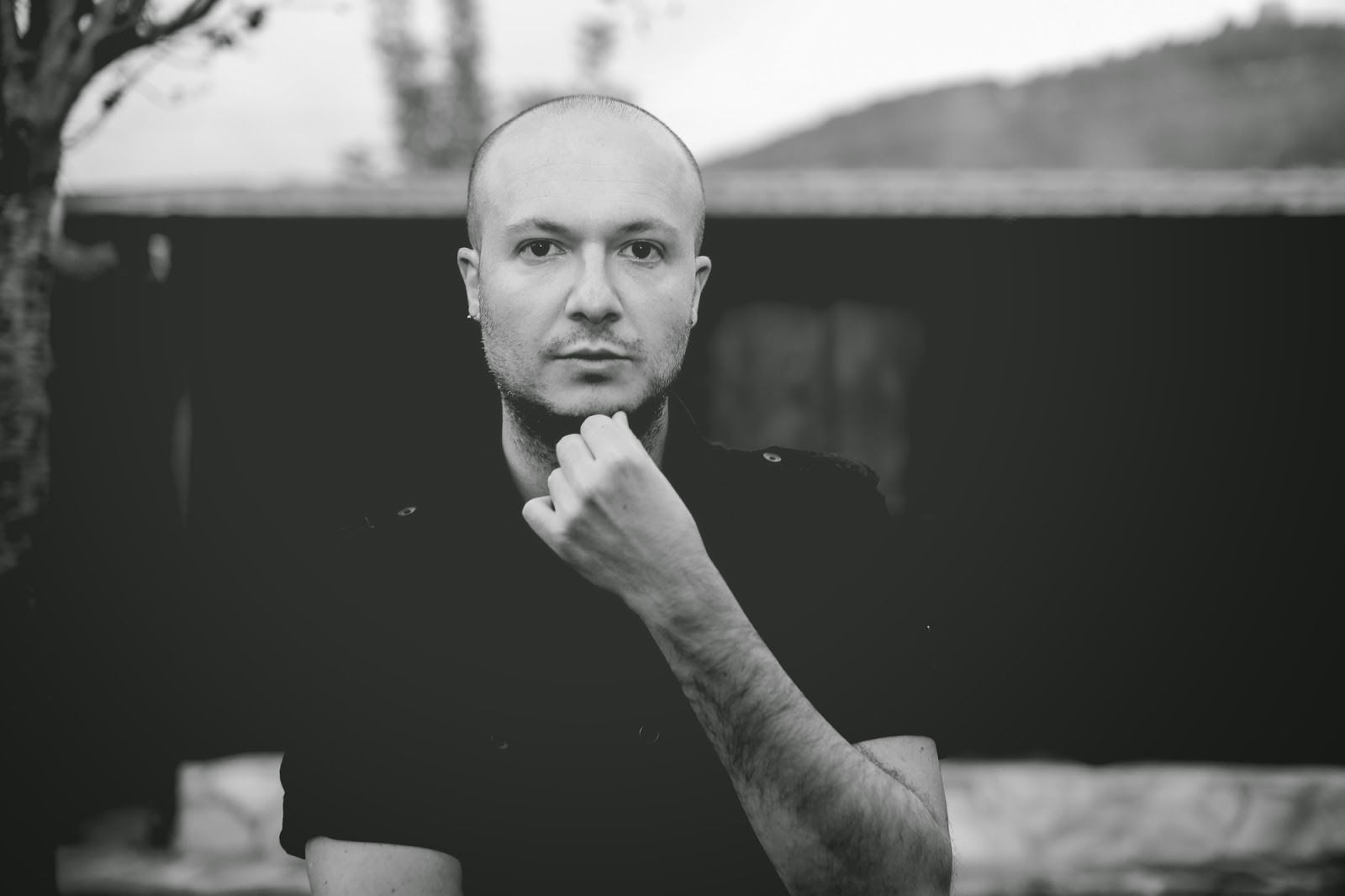 What led you to choose the guitar for your own musical expression?
I started playing guitar as a child because there was one rotting in my parents' room, and I liked the sound of the first three strings.  Since that time I've played quite a few things from punk to jazz, but my real research started a few years ago as part of improvisational music, ambient and more generally connected to my emotional world. Guitar alone as united to the electronic (pedals, laptop, etc) is a great way to get exactly what I want. 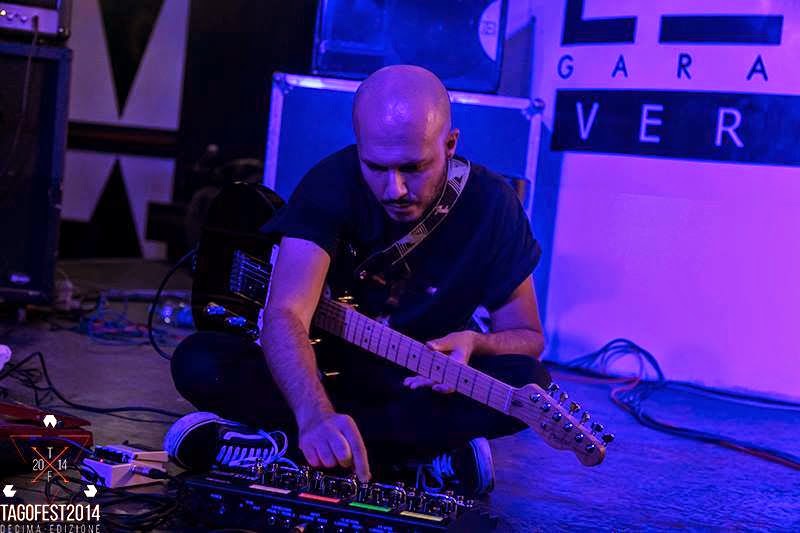 Brian Eno, Miles Davis (in particular his electrical phase, but Kind of Blue, after all, is important for me), Sun Ra, Jimi Hendrix, Grateful Dead, Pat Metheny Group first releases, and Ramones. But even contemporaries Thisquietarmy (I know and with whom I have played), Fennesz, Sunn O, Mogwai, Arvo Part, J.S. Bach, Angelo Badalamenti, Aidan Baker, Nadja, Ronin, Merzbow, Matmos, Ash Ra Tempel, Fabio Orsi and so many others in music. Also approaches such as Gestalt Therapy, books and events with Claudio Naranjo, the heritage left to us by Gurdjieff and others stuff about levels of consciousness, meditation and personal development in general, have definitely changed my life and the way of thinking and understanding music. 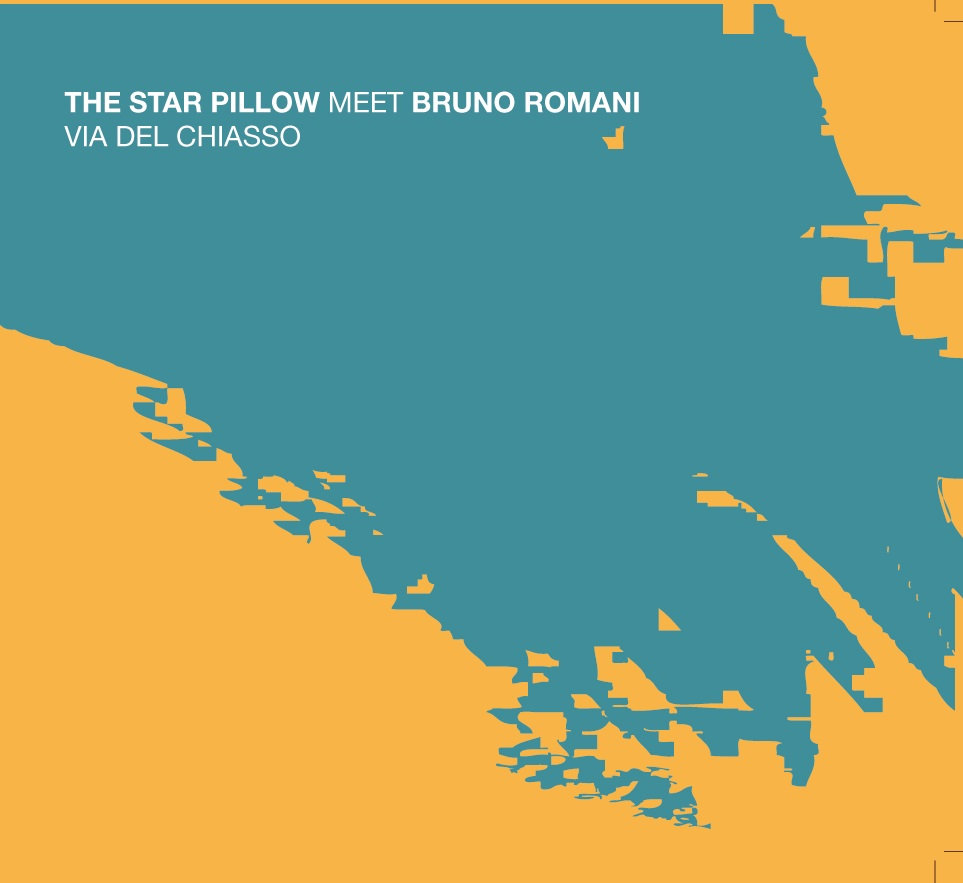 What specifically about that appealed to you?

Surely Brian Eno's "Music for Airports" and especially "On Land" has changed my life. The real life is always first and sometimes the priority coincides with the creation of music, improvised or not. They were the only two aid that I have reported calm and lucidity was looking for a long time. It was like suddenly understand the role that sound and music in a total sense have on their inner world and how this will raise the consciousness and spirit to new insights and awareness, as well as find a physical well-being also. Then connect them to the lucidity and I am for the lucidity and awareness. Sometimes even awareness and lucidity of knowing lose. 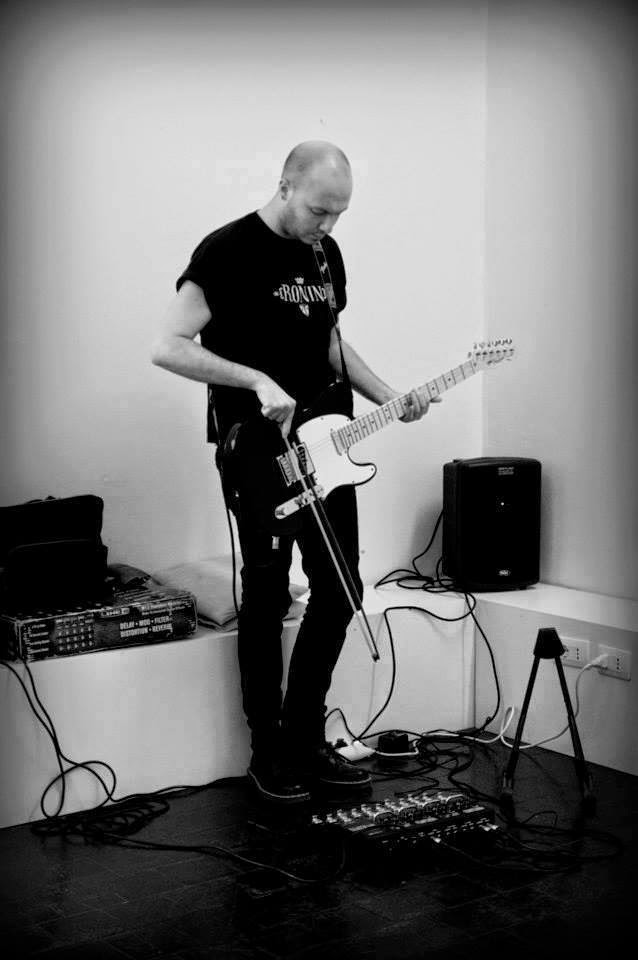 As you were trying to find your way, were there particular sounds or gear that helped you to achieve your sound?


Nothing in particular, surely reverb and delay help me a lot, but also bow, brushes and stuff like this. I started the project with loops generated by a broken guitar and melodic lines almost a strange and slow post rock with another electric guitar.
I also did an album exclusively with laptop without a trace of human touch and also played with other musicians. Each of these experiences made me realize what I was looking with my guitar and what I needed yet as pedals, what does not, and other tools. I always played directly in the mixer and in very strange situations, so I learned to adapt with the essential things, identifying especially the sound I was looking for. I believe that the most important element is especially the guitar volume and the looper. The other tools give an added touch. 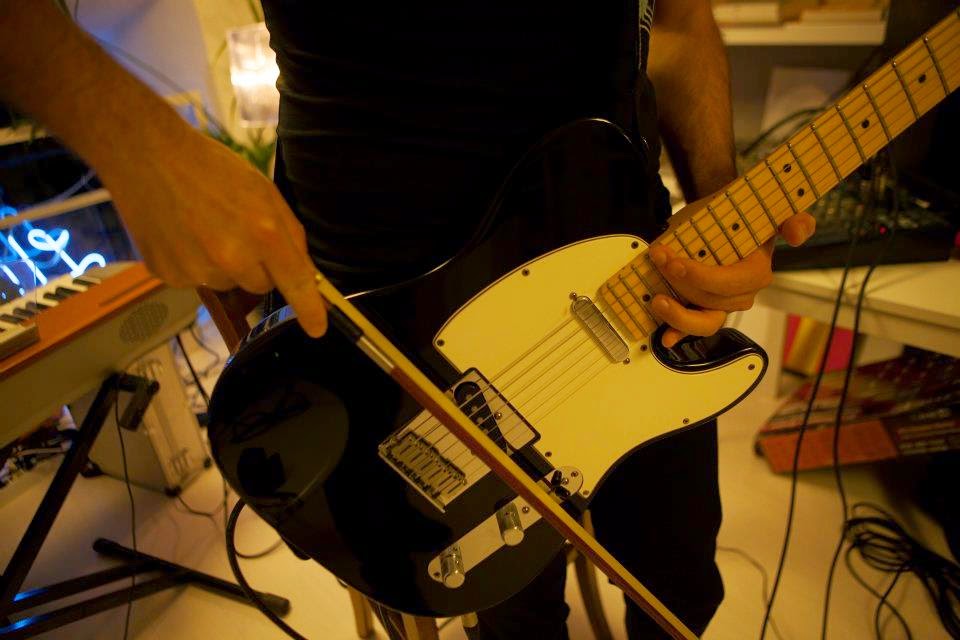 Can you give an example of your work where it (pedal or technique)is being utilized?

This track is a direct recording from my last album “All is Quiet” made with bow and brushes.

And here's a little video of a solo performance as op act for Thisquietarmy:

How have you been able to build upon those early experiences to what you’re doing now?

I was looking for the most simple and functional as possible to describe my emotions, and I found it with a guitar and some pedals and stuff using to their limit. Pedals I use are: a line6 m13 (hated by many people), digitech whammy, boss delay dd3, boss auto wah, flanger danelectro, t rex drive, big muff pi.

Then use a bow for cello, ebow, brushes of various sizes on the strings. Sometimes I used to connect theguitar directly into laptop with ableton live. 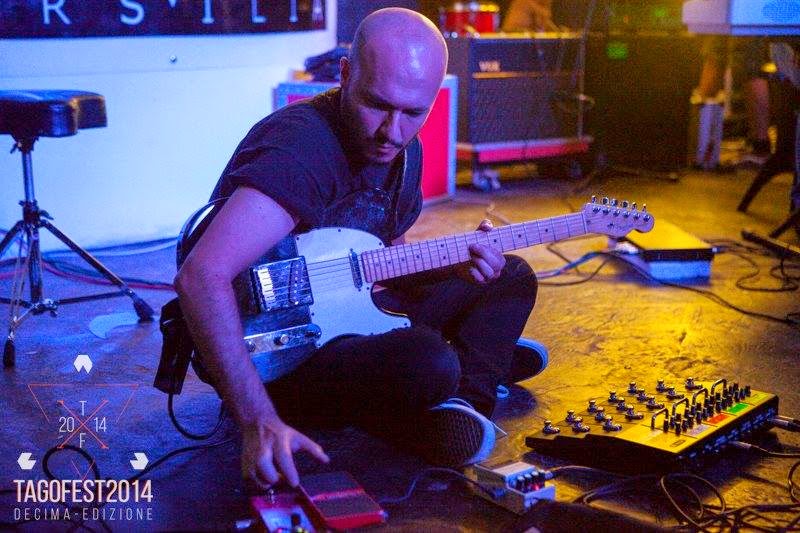 Let’s take a moment to highlight some of your current work.
This is my last album “All is Quiet” out for the english label Paradigms Recordings. It is a drone ambient solo guitar based work.


Is there a sound you’re still trying to achieve or are you satisfied with where you are now sonically?

At the moment I'm satisfied with my sound, but of course everything is in flux so research is part of my own existence, and music is a part of this. I'm trying to bring the simplicity and minimalism in guitar understood as interface with emotions using pedals, electronic and other means, but always at the service of a creative process, improvised or a method of composition. The result is something close to the so called drone ambient music. 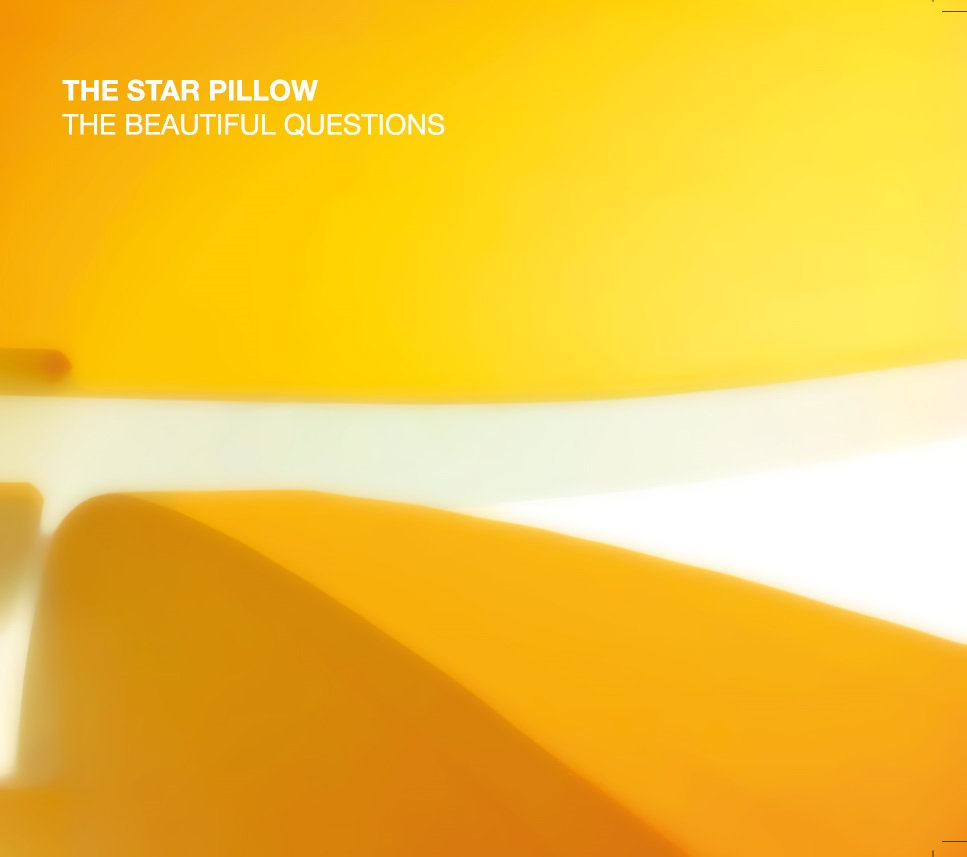 Soon, I will release a new album "Livorno" for two Italian labels. It’s a strange, but poignant album of variations on a single theme for solo guitar and grand piano. I'm also working on a new album, always with Federico Gerini at the piano and other guests that will be something like a culmination of all the work done so far. Maybe start another collaboration with Cristina Picchi a very special director and friend of mine. In terms of the live i'm playing in solo guitar here in Italy, but soon a few dates abroad.  I'm working also for a Sleep Concert to present this summer in a very special place.  Then I always try to play anywhere and travelling a lot,  although in america is not so simple ... :) 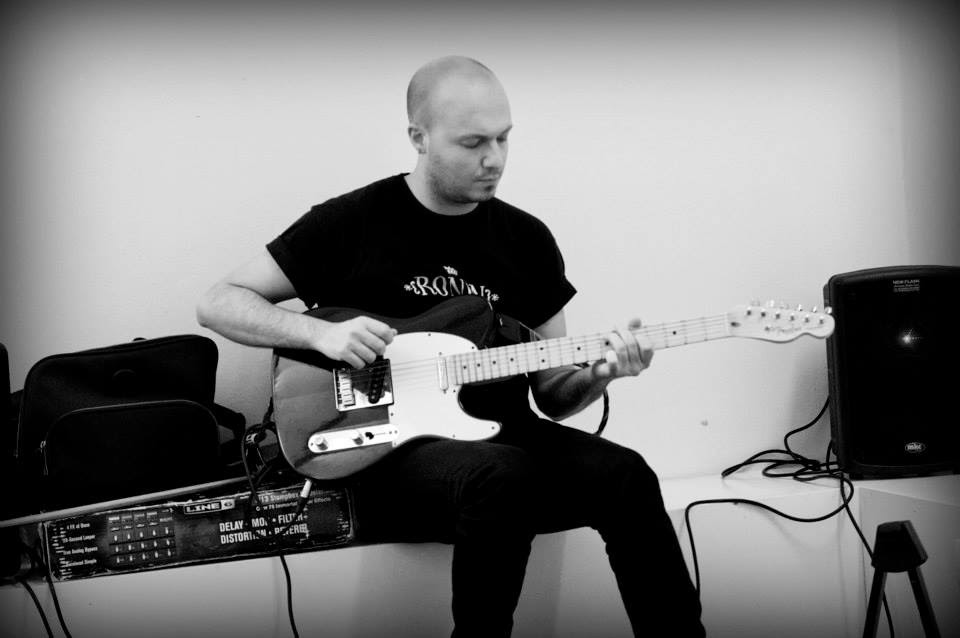 If readers are interested in checking out your work further, where can we direct them?


To my blog where you could find my bio, reviews, videos, dates, etc,  and also on Facebook . 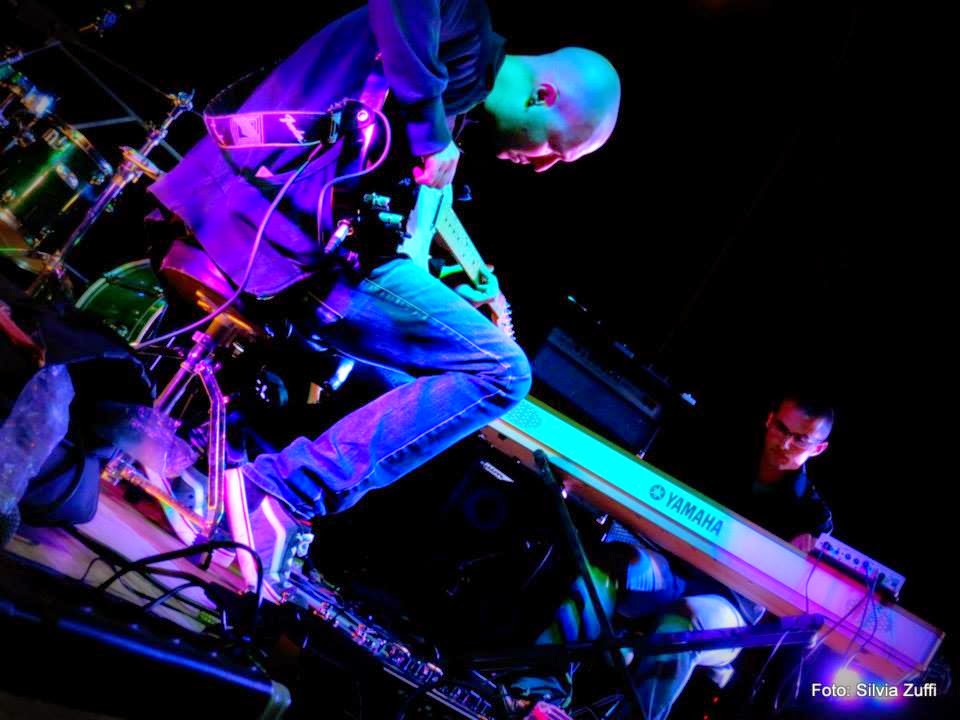 Thank you very much for your time and participation in Tune Hear.
In closing, one final fun question:


If you had an opportunity to ask any guitar player a question, who would it be and what would you ask?

Maybe I would ask to John McLaughlin if he ever thought of working in a drone way...maybe in a silent way... 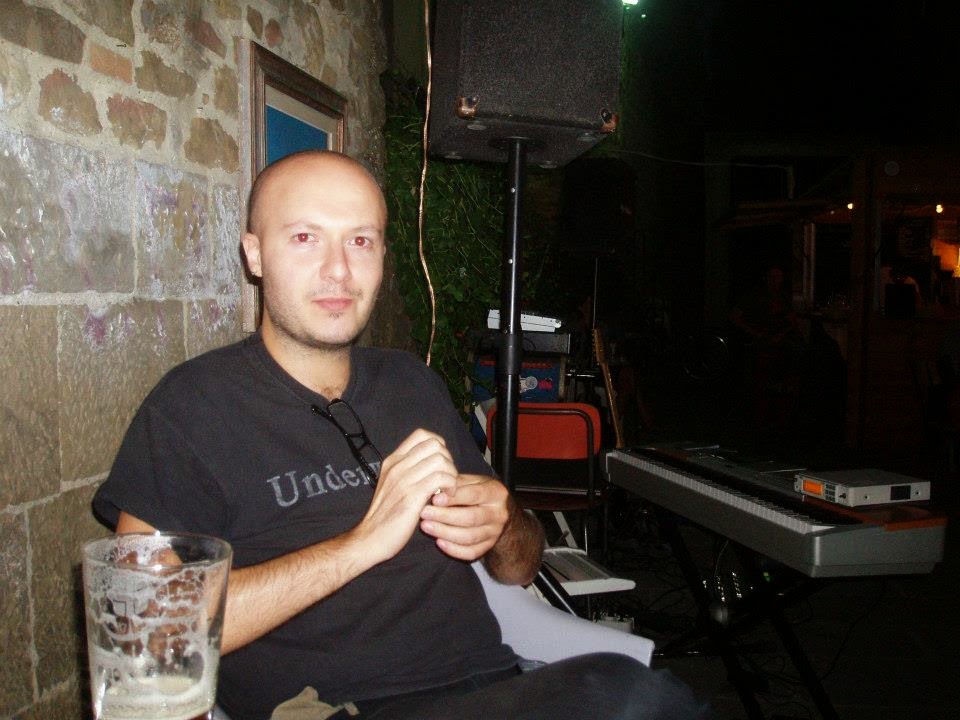 Send US your PROJECTS, and let us accompany your dreams.

We look forward to an international partnership where music, especially guitar oriented, is shared and enjoyed by a wider audience.
So TUNE HEAR for your sonic journey!!