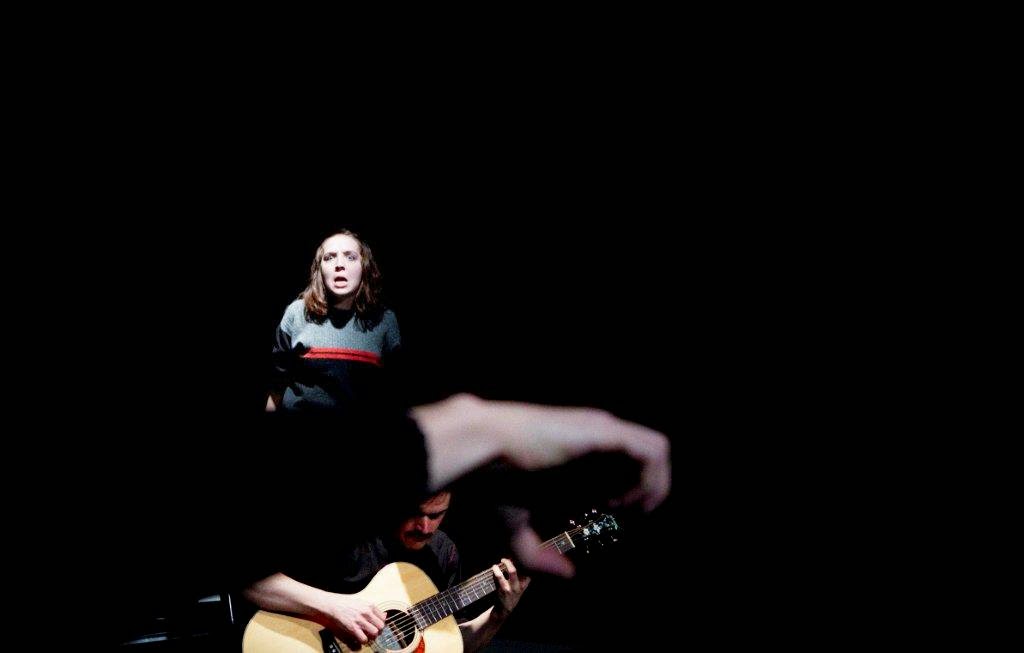 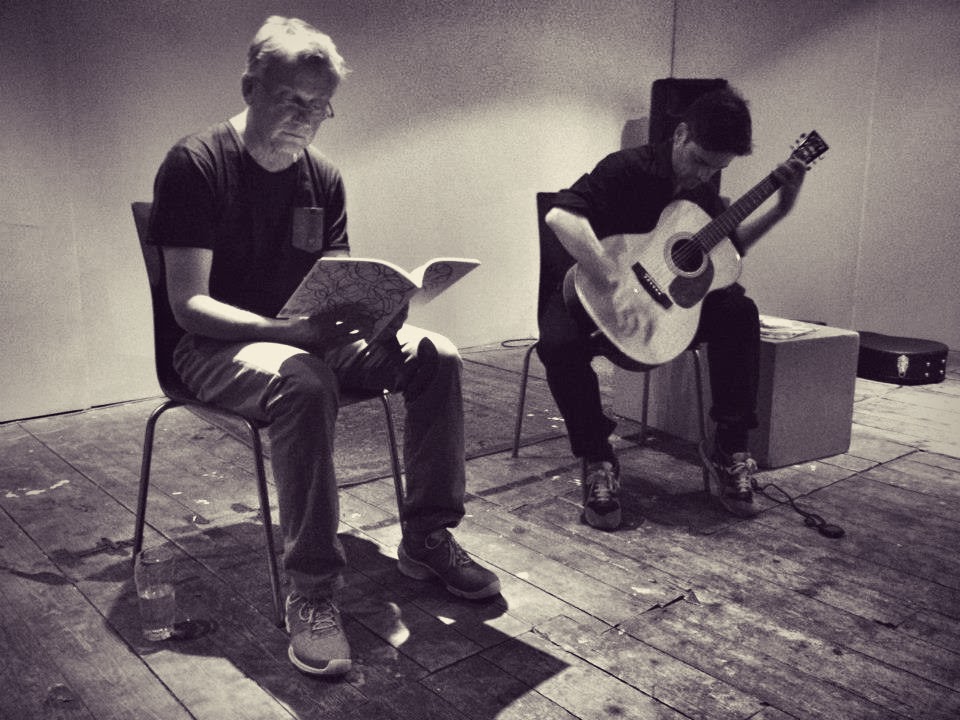 In Asparagus Piss Raindrop composition, contingency and collaboration blunder against counter intuitive approaches to live performance. Muris was a Norwegian forest cat who knew how to count, but only in euros. Liene Rozite and Neil are this thing and produced the organ piece Which is Ugly But Moves Like a Tango for the Edinburgh Art Festival. 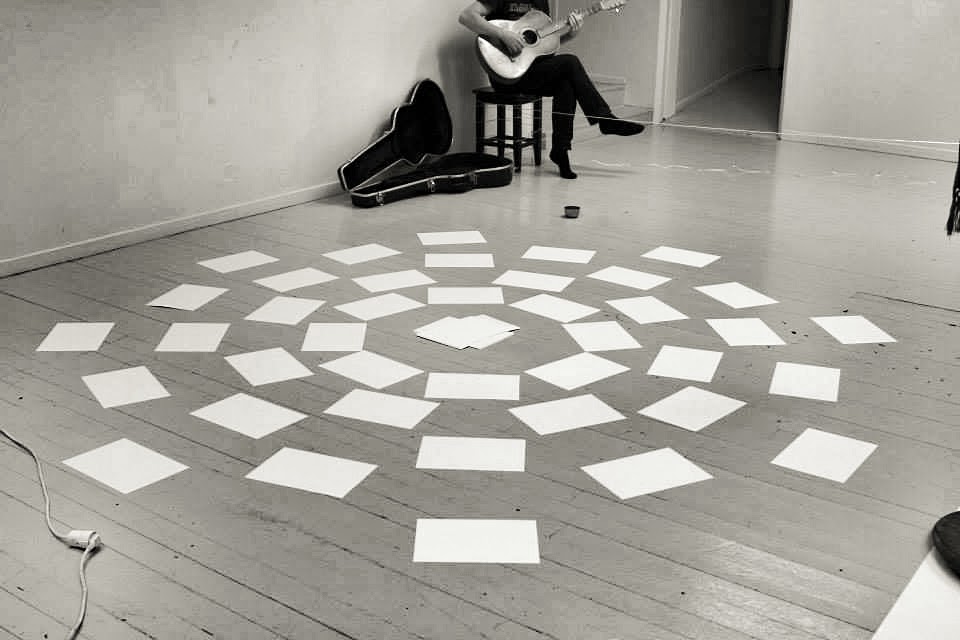 DVELL is the Norwegian theatre project based in Trondheim wherein Fernando Pessoa and improvisation converge in a group of impossible subjects. This Theatre company grew out of Neil and Arild Vange's long term friend / writing / sound project - thanks to Heike Lies. Neil also plays in Glasgow Improvisers Orchestra, Yolk of Blood, The Final Five (with Armin Sturm and Fritz Welch) and With Lumps. 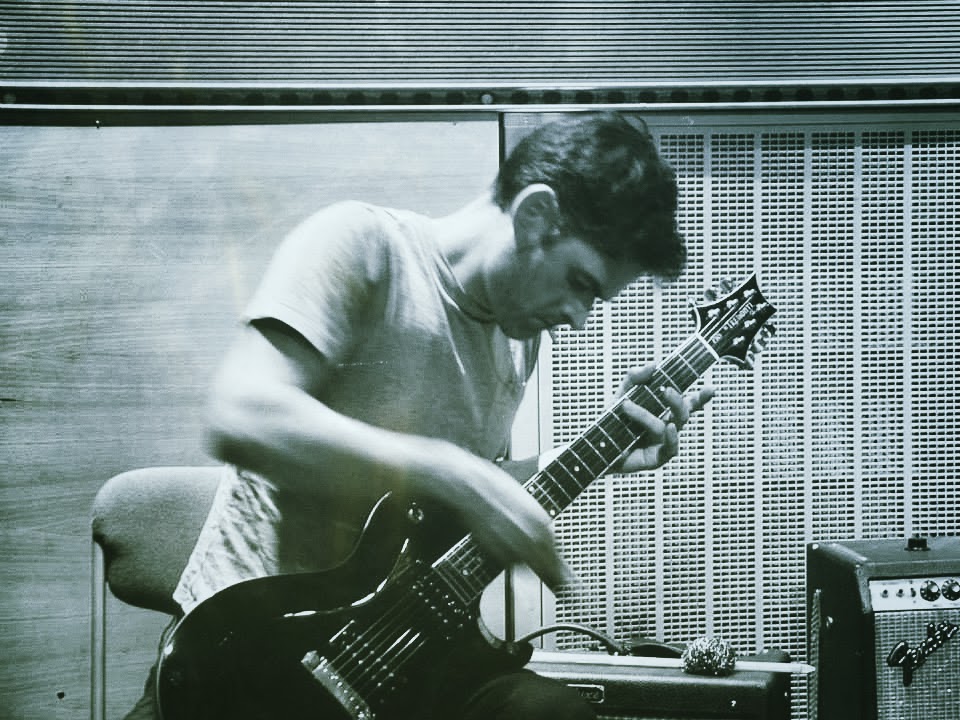 Starting to be a musician is, I think, not interesting. What’s more compelling and relevant for me now (today) is to think about the reasons for continuing to be a musician. It’s horrible, and highly good at the same time. It’s a process, an active route through listening.  Conceived of like that, I think there will always be reasons for doing music. But I prefer, or rather I give more weight to the reasons that come from other people, the ones I work with, the ones who are involved in some way. I play sounds in relation to other sounds for a reason, to find out what they are, what they can be. Not to identify myself as a musician or something idealistic like that. 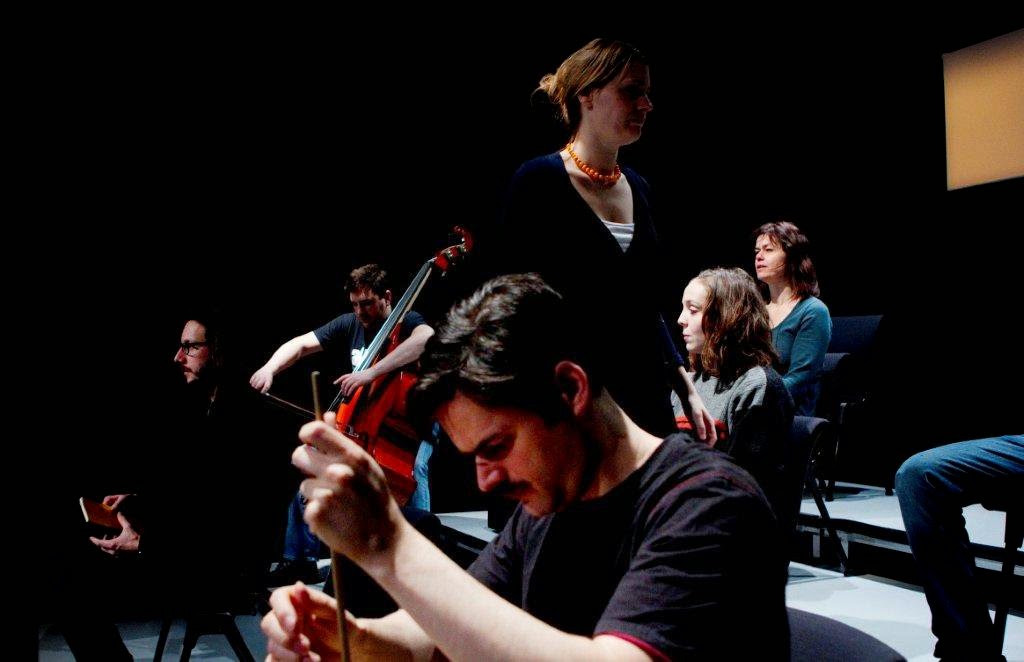 To be fair I don’t think the word ‘musician’ is adequate. And I don’t like to separate myself off from people who work with sound in other modes, from other forms of sound production that broaden what it is to listen and behave, live in relation to sound. Now that I’ve said that I think the breadth of what music can be should be re-emphasised. That’s often at odds with what people expect it to be, that’s something that’s reinforced every time someone asks me what kind of music I play and I never have a reasonable answer. I often have an answer, just not a reasonable one.

For long periods of time nothing much happened; practicing, listening, playing some things. And then on occasion these routines or habits throw up some new ability or technical resource that was never there before. I think I’m interested in being surprised by myself or being alert to catching on to when things suddenly open up into a new area. Mostly, technically, I taught myself by listening to people playing, not just guitarists, in fact not so often guitarists. Drummers, wind players, other string players. But I learned the important relational music stuff playing with people and reflecting on what we did together. Figuring out why I would play a particular thing or in a particular way is much more interesting. When I work with people we almost never talk about technique or specific sounds but always about context, the effect the sound will have, the function of a particular way of interacting. And when I teach music, that’s pretty much the only focus.

I don’t remember dreams easily. Or, if a dream is an idealization, I’m more interested in negotiating imperfections. But I’m as charmed and seduced as much as anyone might be by resonance, by a generosity from the object. Sometimes a more withdrawn instrument (or person) suites a different kind of process, it depends. Those dreams I do remember tend to be the late ones, the ones that are concerned with keeping you asleep, constantly deferring gratification or keeping some arbitrary thing elusive so you stay in the process of dreaming and not wake up. Maybe a good instrument should do that.

Everything is connected. I work in a theatre company in Norway, have a lot of working connections with visual artists and I write from time to time. And in each case the forms involved end up being shared, translated, re-integrated somehow or other, one way or another. Conceptually, music is often the last place I look to for motivation or a reason for working.

This question is a nightmare.

What would you enjoy most in a work of art?

Nothing. Or perhaps, looking to see what the art work is excreting, what’s it’s shit. And how it displays or doesn’t display this (all the things pushed aside by the art work, all the errors that get covered up…).

If you could, what would you say to yourself 20 years ago, about your musical thinking?

At that time I was listening to a lot of music that relied on social or technical resources that I didn’t have access to. Things like people to form bands with or play with, recording equipment etc. And those were quite basic obstacles, but only if you want to make certain kinds of music. Broader horizons would have helped. A lot of what lead me to the music I make now was figuring out that what I was doing sonically (back then) could be a form in itself. That it didn’t need to be couched in a song or a set or whatever, it didn’t need captured and rendered repeatable for it to be sufficient. That took far longer to work out that was necessary. But pre internet, and without anyone around to show the way to join the dots between more obscure musical forms and processes it took a long time. That’s not a regret, but some really simple ideas can take a long time to stumble on. And in the end you need the right people to stumble with.

What memorable responses have you had to your music?

Katheryn Elkin, an artist based in Glasgow who does highly good Robert Ashley impersonations said after an Asparagus Piss Raindrop performance that the smell at the end of the piece was really intense, very sexual. The piece was called The Scented Jackhammer, which was based on spurious ideas about how it might be possible to travel underground using scent as a way of disrupting the molecular structure of rock or whatever. So we felt that we’d really nailed that one.

My friend Liene Rozite. After careful consideration I think she’s the best one. To be fair I’ve been collaborating with her for a long time so that’s maybe not a proper answer to this question. As a child instead of making prank calls to the Latvian Embassy in Stockholm she made prank calls from the Latvian Embassy in Stockholm. I think something of this comes across in her playing and it’s pretty great. She’s very conscientious about power though so it doesn’t get out of hand. However, to see the question through to its proper conclusion, I could perhaps speculate on other people that the two of us could collaborate with so here’s a provisional list: Clarice Lispector (she would stare at people whispering until they cried while Liene and I would play long, quiet tones), any musician from any given Thomas Pynchon novel, Galina Ustvolskaya (on indoor fireworks and mallet)…
I’m starting work with Anneke Kampman from Conquering Animal Sound and ANAKANAK on a new project tomorrow (which will probably end up being a synthesis of the three imaginary collaborations above). And I’m in the crypto conceptual science fiction anti band Asparagus Piss Raindrop so it’s not like I’m stuck for the best people to work with…

People have, in general, been kind enough not to give me advice per se but to burry their insights and wisdoms in rather more obscure forms and incantations. That’s how it seems from here because I can’t remember anyone giving me advice and I imagine I’d be quick to forget any given to me. It seems reductive to give advice, assuming it’s meant sincerely. “Do well”, said Joe Beggs from Ardrossan. I’m trying.

Well there’s a piece of stone from the beach in Trondheim. That one has a pleasing granular quality. It’s dark grey, glitters, and leaves dust on the guitar. It also acquires a bronze residue from the strings. The first stone I used was from a beach near Lisbon, which is much smoother, less abrasive and gives fewer overtones but there’s less attack. Liene gave me a new white stone some months back and it’s pretty intense. I’m still breaking that one in. There are some dowels, not sure what diameter, maybe 4 or 5 mm. These are roughly 30 cm long (not sure if that makes a difference). Two butter knives; one is thinner and more resonant than the other. Two scrapers designed for removing paint or wallpaper, each with a different ‘pitch’. Maya Dunietz gave me a special Alvin Curran pipe. It’s much easier to hold than those little copper things that get left behind by the plumber, the ones you find when you lift the floorboards. I use fingers as well as picks depending on the situation. Lastly I have a Jackson flying v guitar that I hardly ever use but there was a boy called Jackson who used to live in Glasgow and worked in a venue that I play in quite often called The Old Hairdressers and he went to most of the weird music things that happened in Glasgow. Somehow he ended up being a kind of indicator of the merit of being involved in weirdo improvised or experimental music. I’m not sure how but it seems important that he persists, so to speak, and that I can acknowledge this by now and again playing a very uncomfortable and impractical guitar (it’s internet-art orange).

Getting into impossible situations with the best of people. Covering the floor of Harpa concert hall in Reykjavik with blue slug trails while hunched underneath sheets of black cloth accompanied by the sludge metal bass drones of Michael Duch, for example. Like all virtuosic endeavors it took months of preparation but in the end when it became clear just how much the ABBA tribute band audience that had been circling us had disliked the piece and, probably, us (we had no idea they were there what with being under the cloth), that’s when it all pays off.

Yolk of Blood is a deconstructed death metal band with lyrics from Julia Kristeva’s The Powers of Horror and Valerie Solanas’s Scum Manifesto. Originally it was with Julia Leititia Scott, Liene Rozite,  Fritz Welch but we keep adding more people. We’re working on that with a great deal of excitement and mirth. Our first gig was at a roller disco and ever since then we’ve been trying to get back to that peak of incandescent abject irreverence.

Solo playing is an ongoing thing, few concerts, fewer recordings but it feels like it’s getting somewhere interesting just now.

Asparagus Piss Raindrop will be performing somewhere in Europe in the next year or so. We just finished a residency in Transmission Gallery, Glasgow where we developed and performed four hours of material so we’ve got a lot to build on from there.

And I’ll be going back in Norway in the autumn hopefully, to do some school tours, work with Michael Duch and Lemur again, and develop new work with DVELL (theatre project). And then projects with Marima Rezaei, Sebastian Lexer, Jane Dickson, Glasgow Improvisers Orchestra… 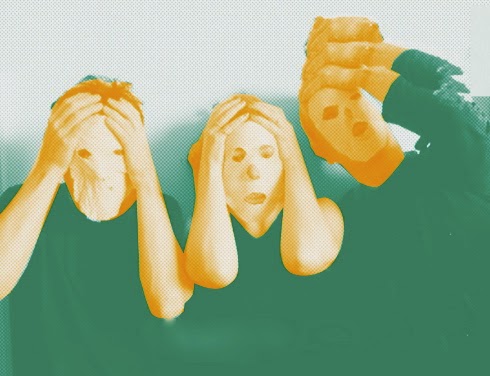 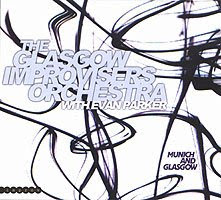 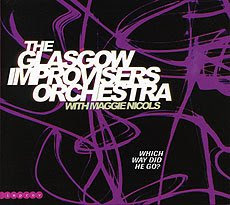 2005 Which way did he go? GIO + Maggie Nicols
FMR Records 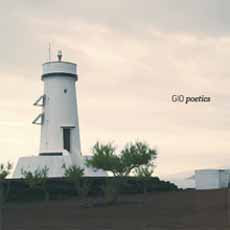 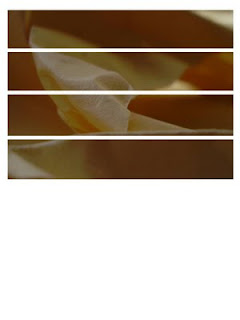 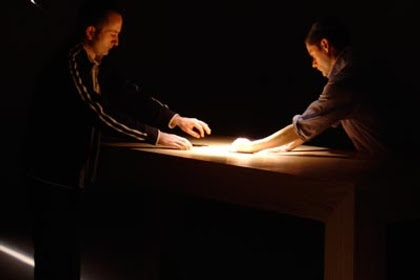 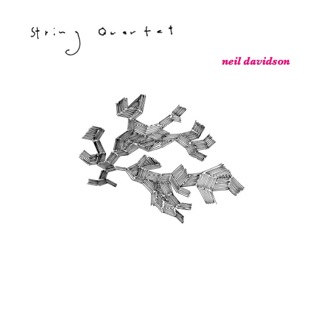 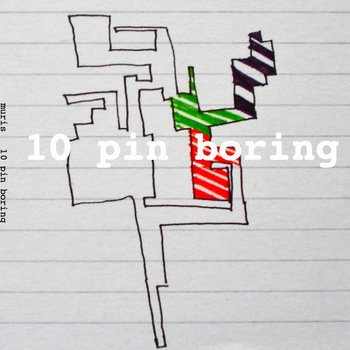 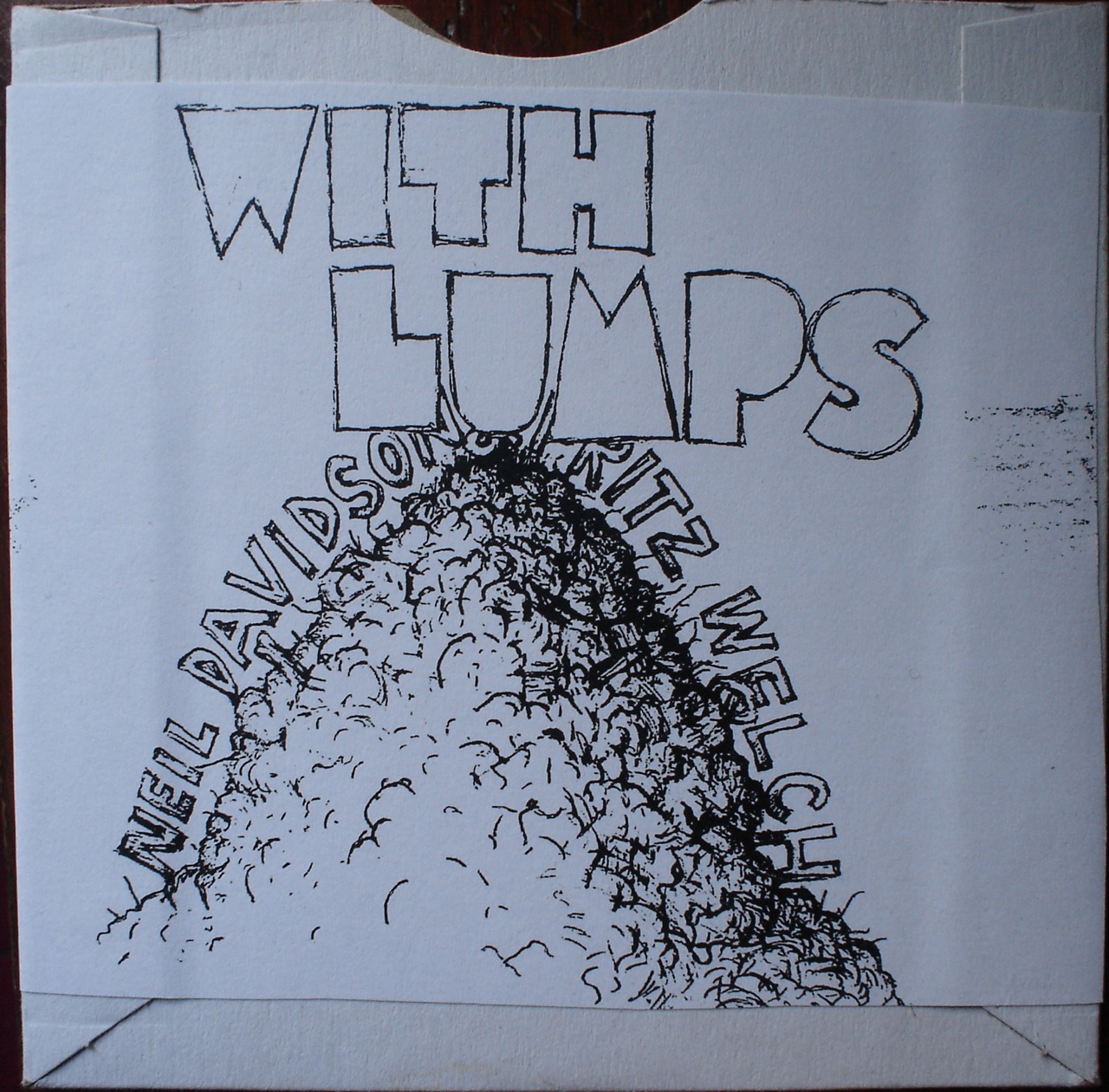 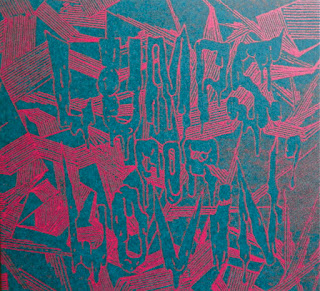 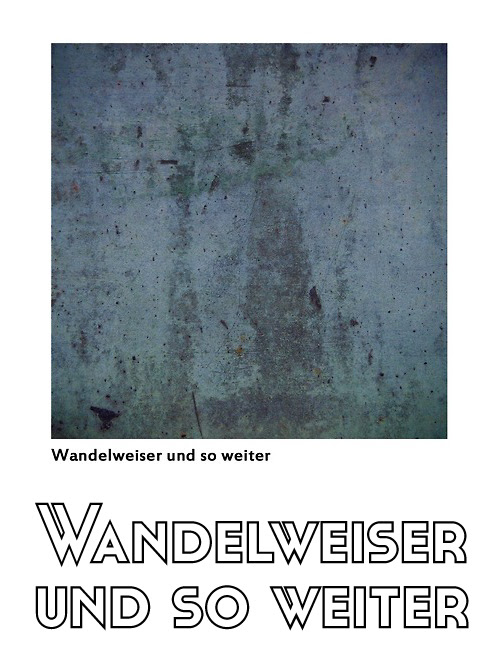 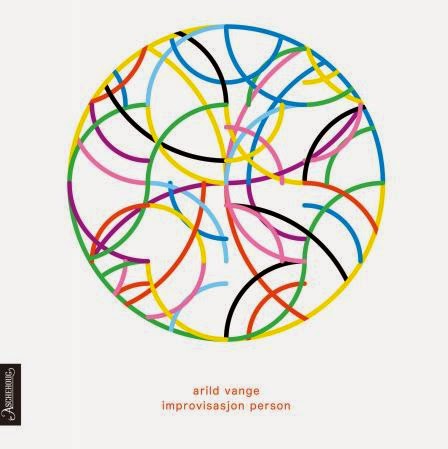 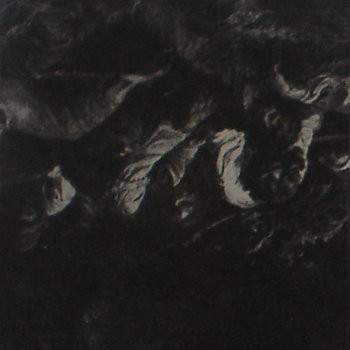 2013 By The Water By The ‎
Self-released 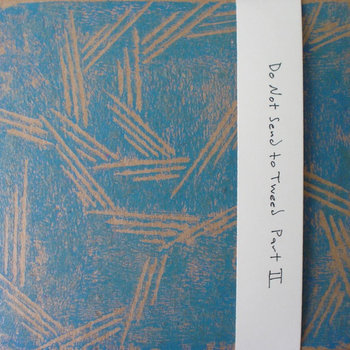 2013 Do Not Send To Tweed Part II .
Solo acoustic guitar recordings from 2010 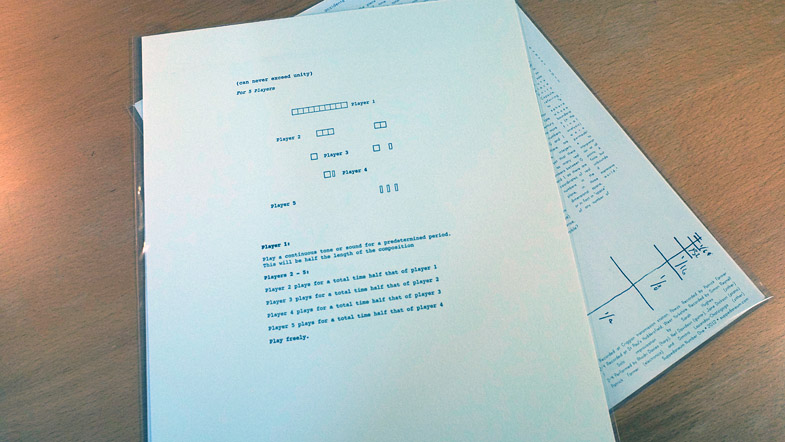 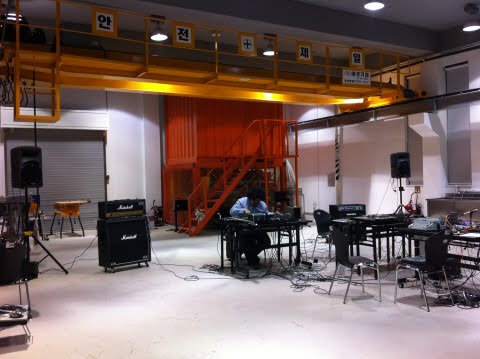 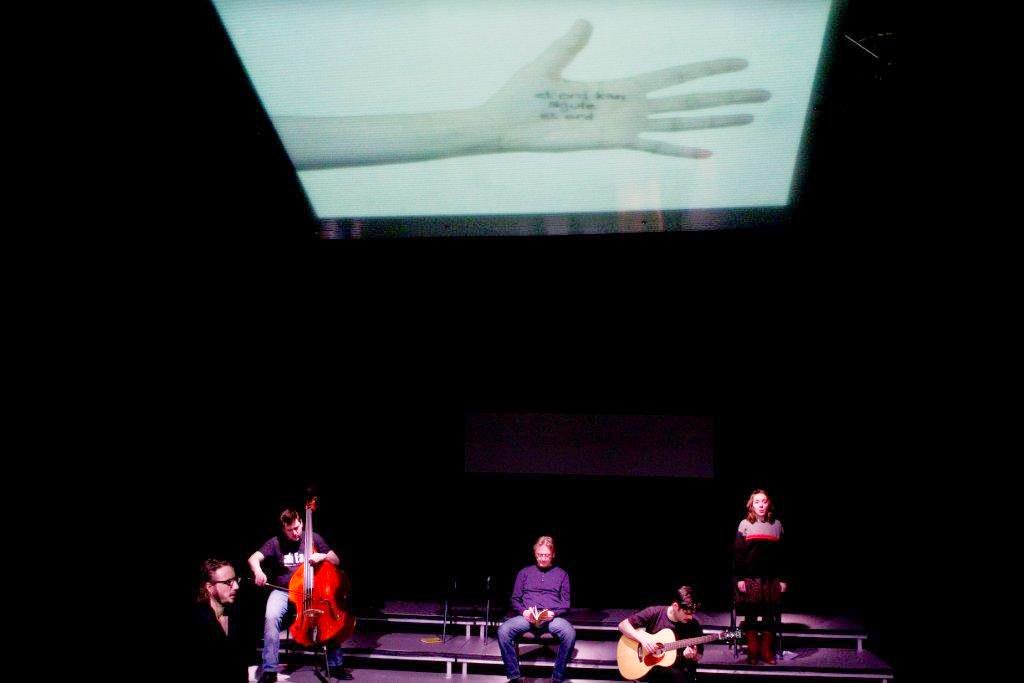