This is a weekly series to be hosted by Prepared Guitar.  It is my hope that the following information would not only highlight the artist, their techniques, and their musical endeavors, but also cause others to reach for their own goals in a realistic way. It is my hope that this will be an international site where guitarists worldwide would not only have the opportunity to listen but also be motivated and inspired to follow their dreams. 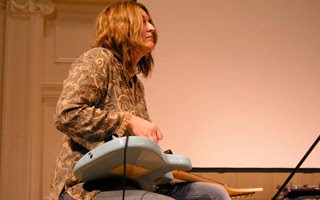 Let me introduce Julia Miller from Chicago, Illinois! Many thanks for allow us be the first in listen to THREE brand new tracks from her new album with beautiful pictures from Lewis Achenbach.

I’ve wanted to be a guitarist since I was 5. I play other instruments as well, but guitar is my main instrument.


Was there a particular guitarist, other musician, movie, art, sound, life event that caused you to hear music differently?


As a student, I observed countless masterclasses with a variety of teachers, particularly Oscar Ghiglia;  Oscar’s approach to tone production made a lasting impression.  I also learned as much – or more - from observing other students as I did from my own lessons.  With extended techniques on the electric, sound artist Eric Leonardson gave me my first threaded metal rod; that changed things dramatically for me.  Recently, Fred Frith was a guest artist in my Intro to Sound class at the School of the Art Institute in Chicago.  He gave a presentation specifically on the stereo/dual pickup prepared guitar techniques he has developed over the last two-three decades.  The insight he provided into his study of pitch, simultaneous dual scalar systems, and timbral structure was absolutely masterful.


What specifically about that appealed to you?
Oscar pursued guitar technique through tone, rather than technique in and of itself.  Eric is a generous artistic collaborator and friend.  Fred is a great ensemble player – from experimental to more standard musical styles;  but his breadth and control in a solo live improvisational setting was mind-blowing. 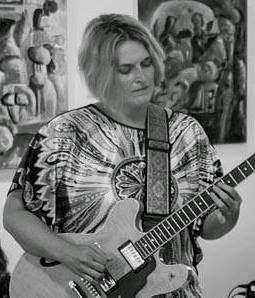 As you were trying to find your way, were there particular sounds or gear that helped you to achieve your sound?
Various classical guitars built by various luthiers; Roland MIDI pickups and interfaces, and early VJ software which I used essentially as a sampler;  the Floyd Rose tremolo and the hand-finished spring reverb amp;  the threaded metal rod and the ebow. 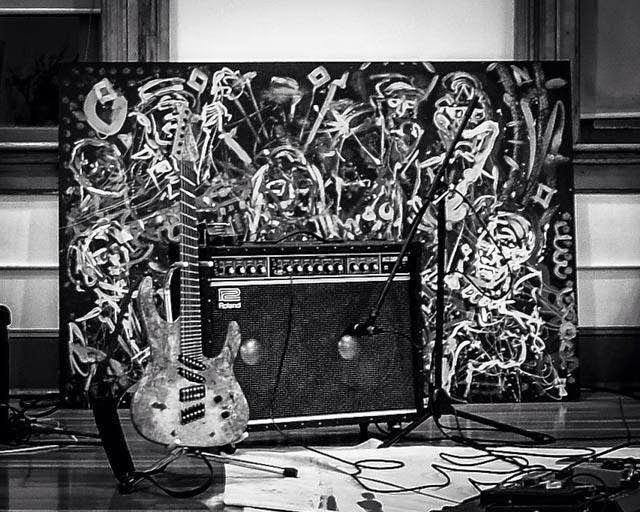 Can you give an example of your work where it (pedal or technique)is being utilized?
Six Common Complaints (George Flynn MCA)

How have you been able to build upon those early experiences to what you’re doing now?
The early sound poetry and guitar-manipulated visuals evolved into my improvised and composed multidisciplinary work.  The Floyd Rose has been augmented by a whammy pedal, and the original amp evolved into a point-to-point soldered tube amp that I built – these more specifically influenced the guitar sound I use in “chamber” (rather than “electric band”) performances. 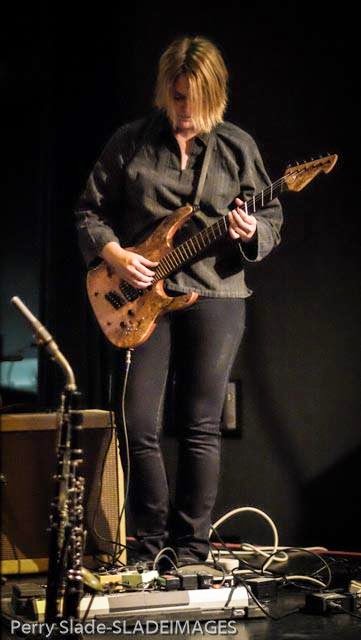 Let’s take a moment to highlight some of your current work. 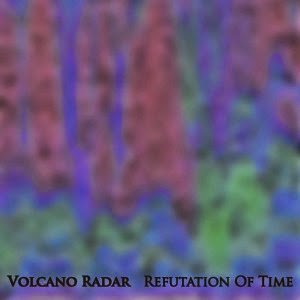 Art of the Guitar

The Art of the concert series and SAIC class spans the history of the modern guitar and related instruments from the Renaissance to the present, particularly to the avant. Topics include, but are not limited to, guitar construction (classical, acoustic, and electric), the guitar as a model in artistic practice, and guitar performance practice.  Art of the Guitar is particularly concerned with a synthesis of styles and techniques, and cross pollination.

Is there a sound you’re still trying to achieve or are you satisfied with where you are now sonically?
I’m always working on my guitar sound.  Experimentally, I’m trying to incorporate more phonetic timbres back into my solo playing;  for the band, interesting and complex lead tones (these two things are very different – almost opposite…)

What can we expect to hear from you in the future?
A new Volcano Radar record in the Summer of 2015 (mixing now);  a new solo record after that. 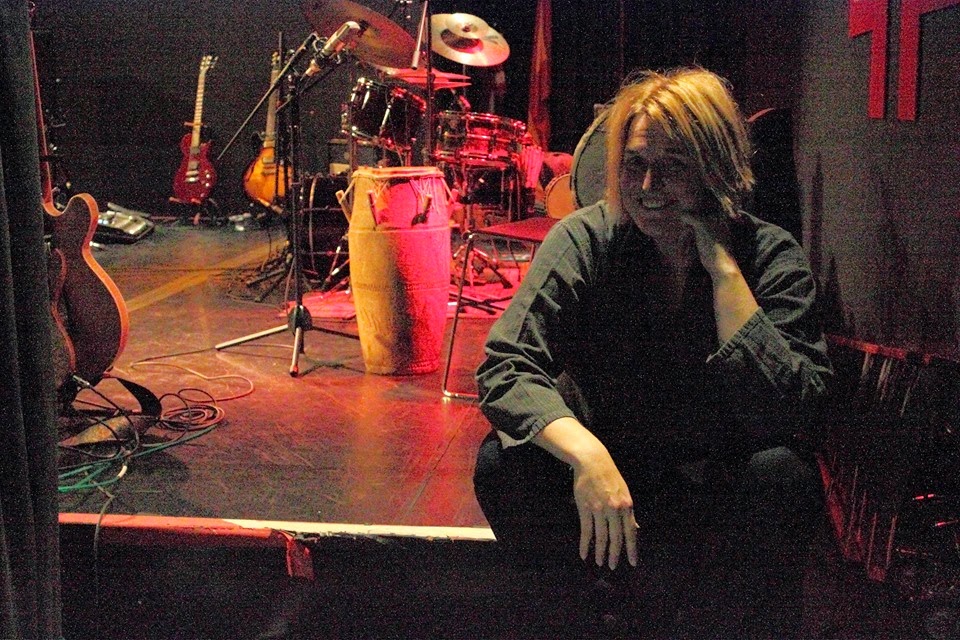 If readers are interested in checking out your work further, where can we direct them?
www.juliamiller.org
www.volcanoradar.com
www.articularfacet.com 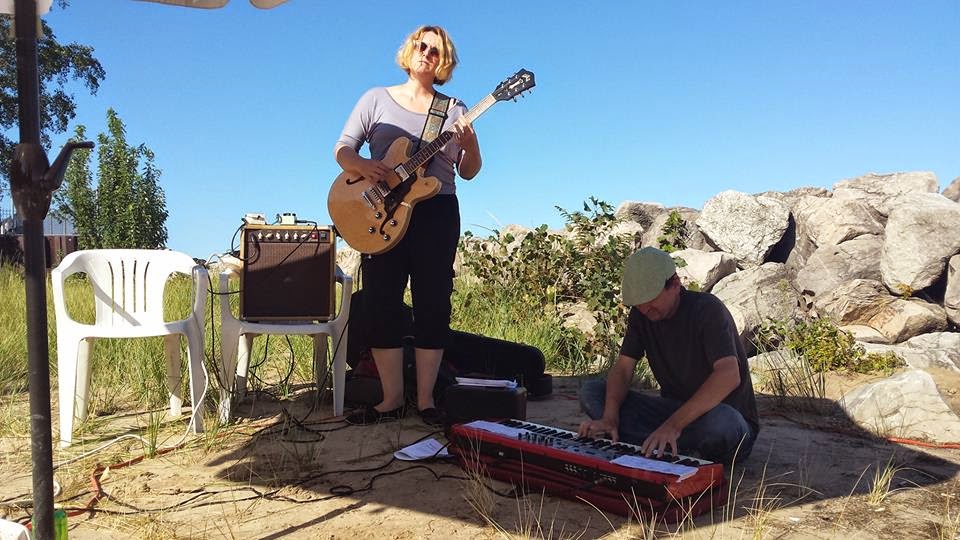 Thank you very much for your time and participation in Tune Hear.

In closing, one final fun question:
If you had an opportunity to ask any guitar player a question, who would it be and what would you ask?
Dead:  Agustin Barrios and his cultural identity as a Guaraní Indian;  Frank Zappa and his time in New York renting a theater space and living the performance.
Living:  Pedalboards with Nels Cline;  some quiet – or loud – time with Keith Richards.
Send US your PROJECTS, and let us accompany your dreams.
We look forward to an international partnership where music, especially guitar oriented, is shared and enjoyed by a wider audience.
So TUNE HEAR for your sonic journey!! 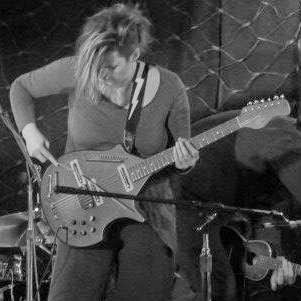