We often interpret new sounds by association with already-heard sounds which we recognize. "Oh, that sounds like..." whatever we may be reminded of.

Regarding my own playing, I've gotten, "that sounds like a horror movie" quite a few times; and though I don't care for fright flicks, this is not really an affront, as I'm a big fan of sound effects. 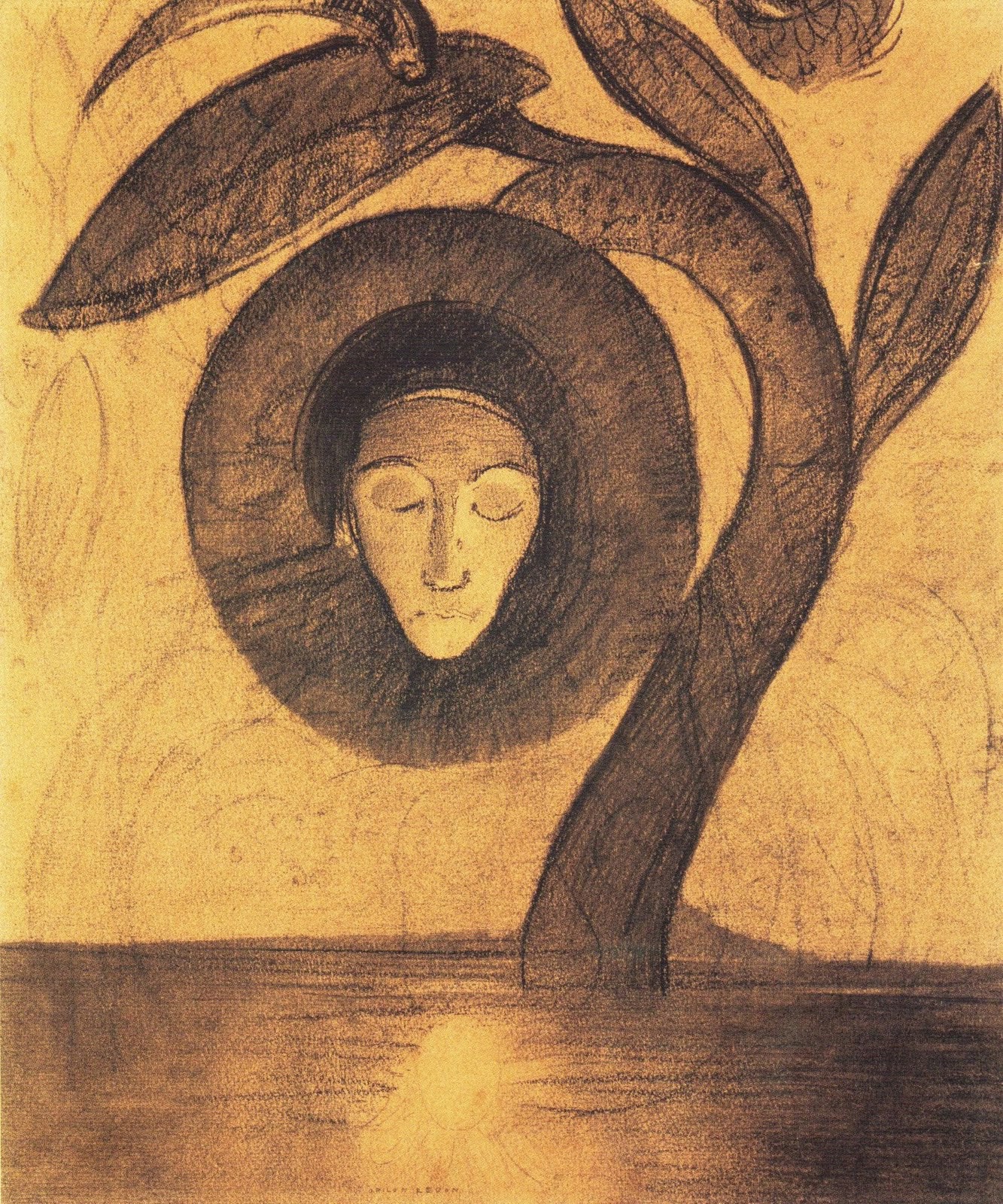 Sound effects; what you hear in a movie, minus the dialogue and the visuals and the music. Soundtracks to movies that don't exist; this is analogous to my approach to playing.

Hearing associations in music is sometimes inevitable, but to be avoided if possible when it comes to new musics. "Sounds like..." implies a search for a familiar comparison, and this can frustrate both listening in the moment and a preference for the familiar. ("Hey! That doesn't sound like...") 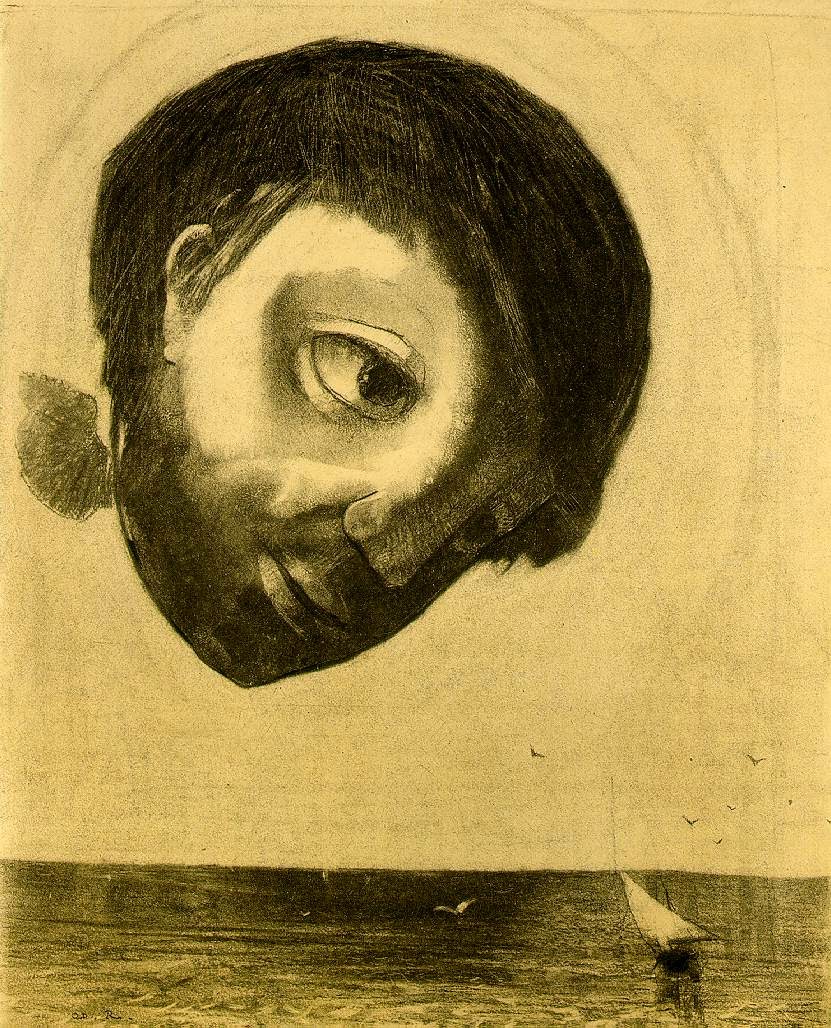 One antidote to this similistic mode of listening would be never having heard any other sound of music, but this would indicate deafness, in which case the listener is not going to hear the something that sounds like something else to begin with. 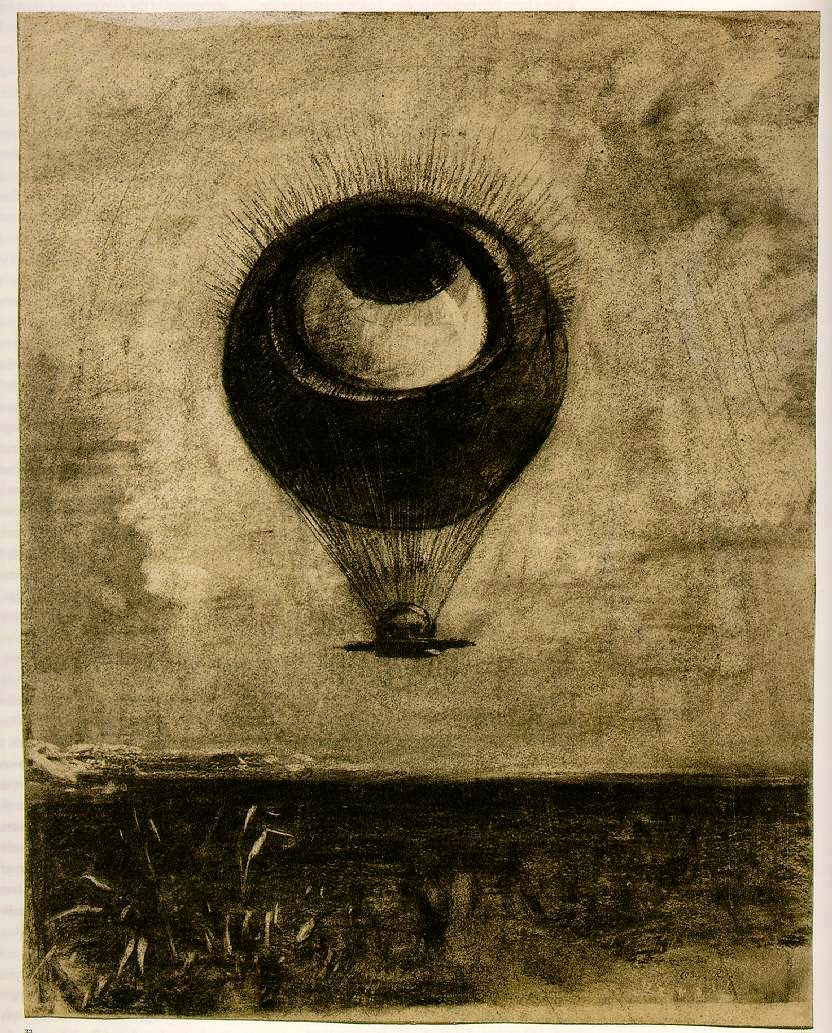 Amusia would also seem a likely prophylactic to "this sounds like..." music listening. An inability to recognize or recall music effectively precludes comparisons, and might in some ways be interesting in free musical and sonic exploration, although music thusly generated would be significant (or even memorable) only to those who don't have the disorder, and who might well think, "Hey, that sounds like..." 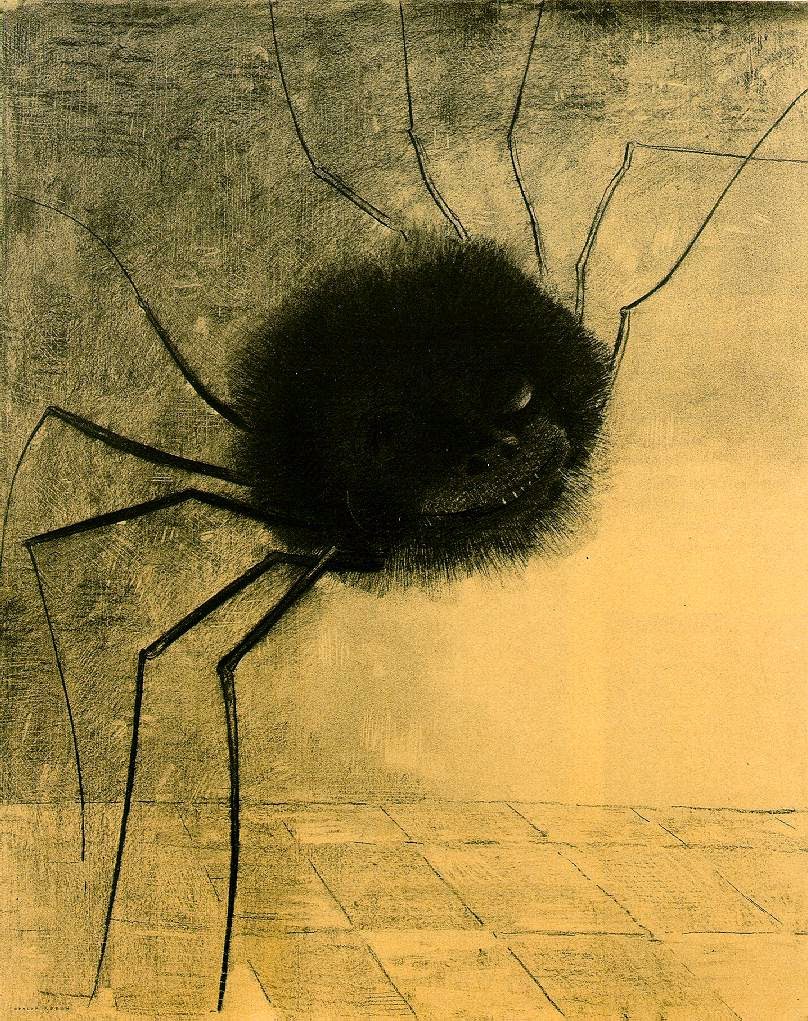 Regardless of associations, sounds are experienced before they are interpreted, if only by nanoseconds.

Then there are the overly familiar musics, the old chestnuts that have been heard so often that the mere mention of the name bypasses any real need for re-hearing. "Louie, Louie" and Pachelbel's "Canon in D" come to mind right off the bat. National anthem, what have you. 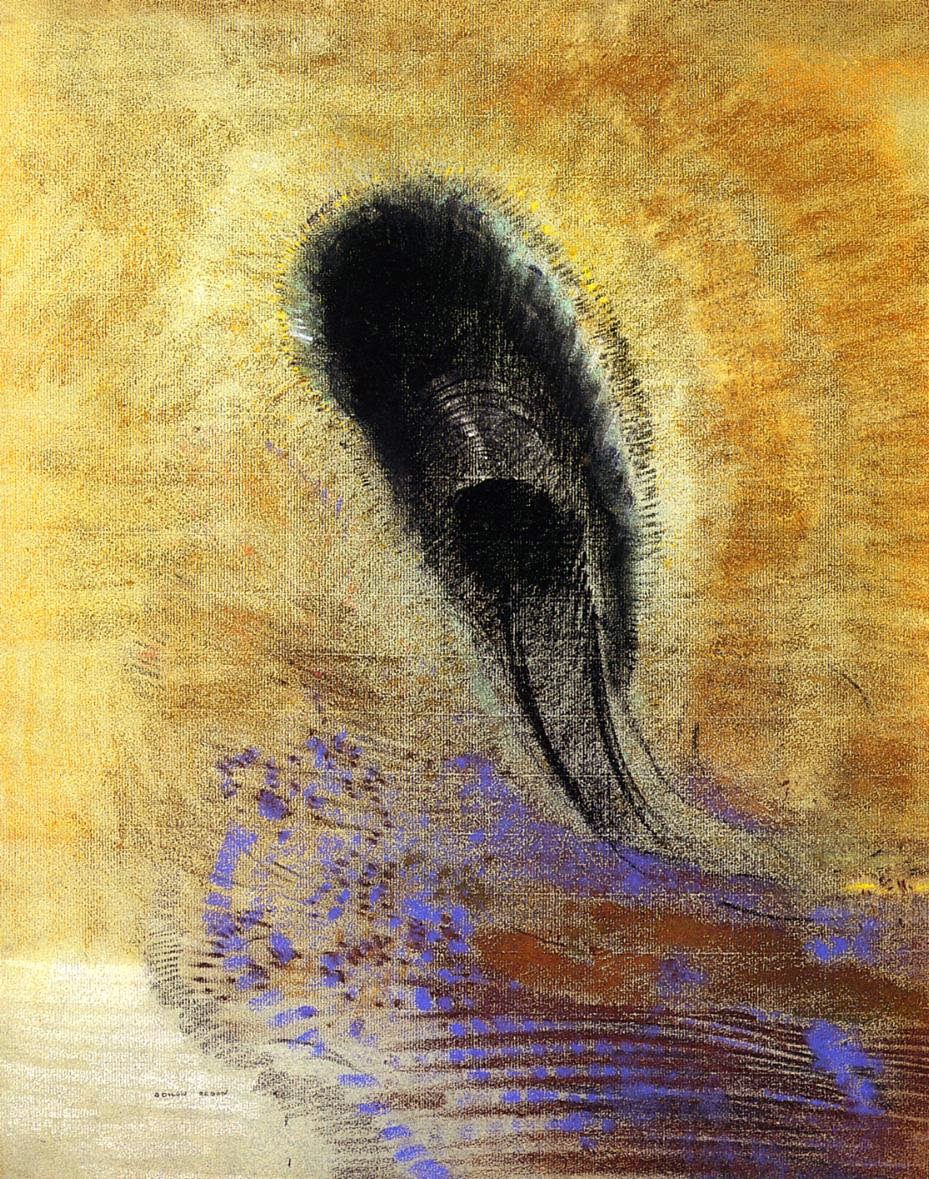 As it happens, any "new" sound is only new the first time that it's heard, unless it's an old sound wearing a new hat, which may desribe the majority of music of any sort.
Anything audible tends to "sound like..." 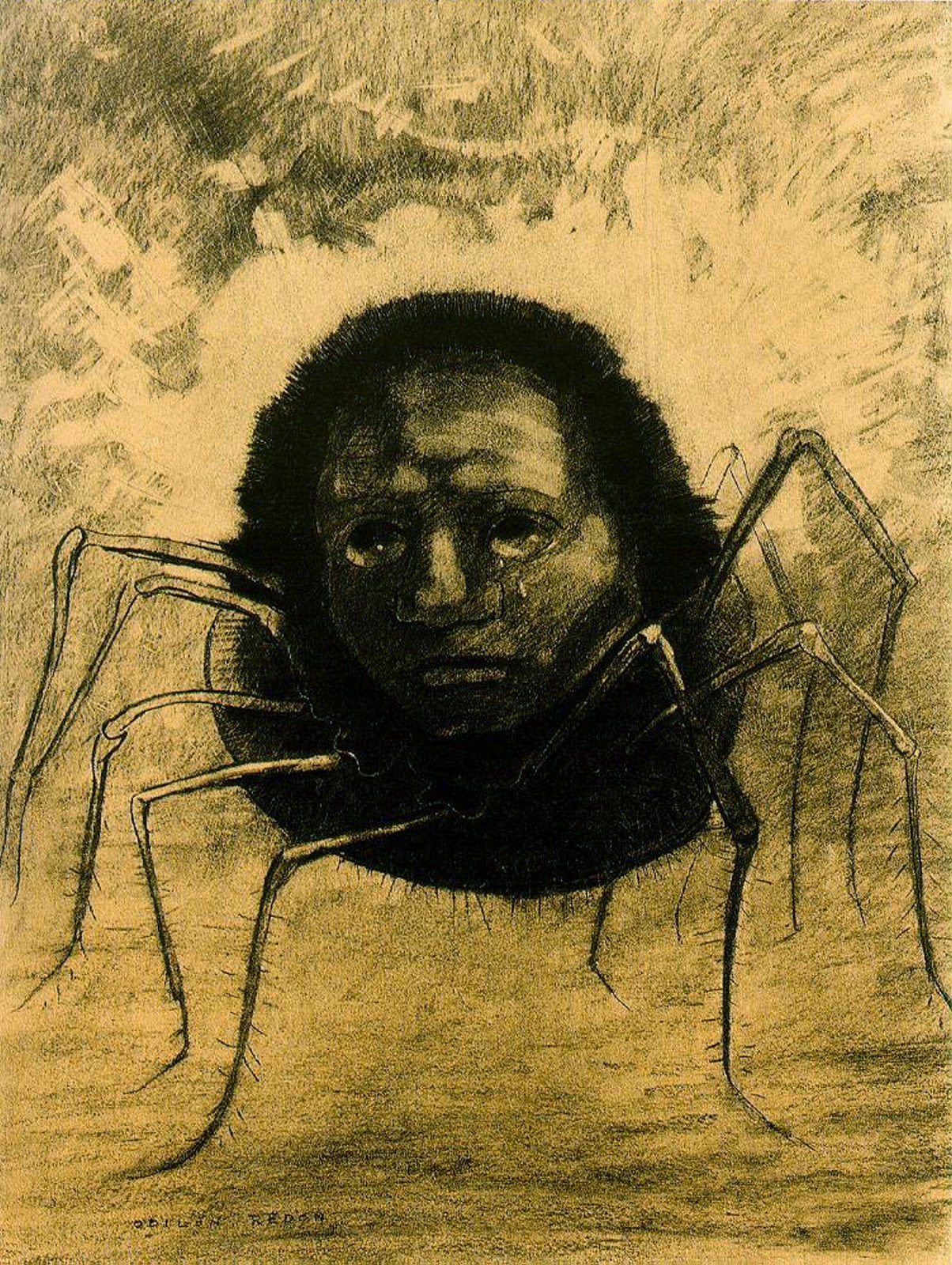 All illustrations from Odilon Redon