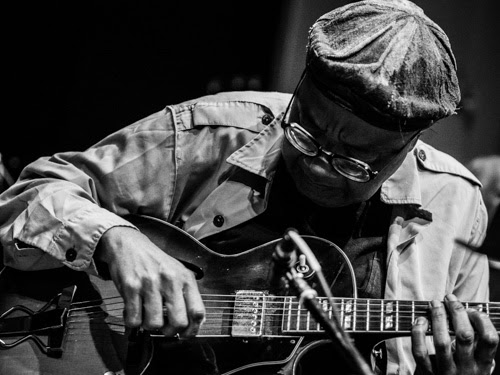 Its hard to tell each time someone's playing and sound catches you, what it actually moves and echoes in you. It feels like they were always here for you, each one expressing an unconscious part of your own inner ear. I often call them my “tutors”, I really grew up on them. They helped you in so many ways, they played a much more defined way something that was still vague in you, a sound, a body gesture, a way to be that became a way to sound. Intimately I often called them in my mind while playing in various context. “The Bern Nix Mode”; “The Cornell Dupree Approach”; “Larry's Lines”; “James Bends”... It still means something very very concrete that would be very difficult to explain in fact.

The first time I saw Bern Nix was in the mid 80's with Ornette Coleman's Prime Time Band, he played his ES 175 which was the instrument I also struggled with at the time. The way he stood on stage, so relaxed and intense all at once, the sound he had that I immediately recognized, he seemed to be a a door into Ornette's music for me. I knew that sound so well myself, but I had no idea how to articulate it, and he was just always incredibly clear, permanently cutting through that band which was particularly thick and bushy.

His pitch and choice of notes, he really made me start to be aware of many other notes that I wouldn't dare trying or sustaining over the tone. He basically made me aware that every note was right if it was yours. But it had to be yours, and they were so totally his. He opened me the door too to free playing but say using the same jazz technique you would, playing in bars and clubs, standards and songs. He has that incredible way to pitch the G String (the G String is a big trouble on guitars, between out of tune and strange tensions), that totally stuck in my ear since. I Love His Playing So Much.

Cornell is someone you all heard at least a few times, even not being aware it was him on guitar. Like many people could hum or sing you Steve Cropper's guitar parts, not even knowing his name. He stands for me in a very particular place of the electric guitar history, that unique moment where between jazz and blues was hard to tell (cause its all the same music anyway). The same way something in me resists to call T-Bone Walker or Johnny Guitar Watson, “Blues” guitarists (where I wouldn't resist much calling Albert Collins or Robert Cray such).

For long there was this very strange release standing on my shelves, the very last unfinished (cause he died while recording it) Grant Green / Cornell Dupree split release. They asked Cornell to fill up the length of an album. But I always saw this as a clear rite of passage. Everything Cornell plays sounds so luminous, so soulful, and all he plays is very spare though. Its like playing only the right note and load them with faith & spirituality. He is one of those rare players that seems to be playing from the same place or room in all contexts, because all he plays totally drives or cloths whom he plays with (often singers). He also has that incredible sense of maturity that makes the greatest players tune to the band and make him sound great. Its really unbelievable each time I hear him.

Larry seems to be really the person who linked, opened and builded bridges, the most in all jazz guitar history. He was Sonny Sharrock, Pat Metheny, Alan Holdsworth and John McLaughlin all at once, but before somehow. He is clearly a pioneer in jazz guitar, bringing and melting all influences, like it originally always was or should be. I love Bill Frisell's Foreword to his Method “Larry Coryell's Power Jazz Guitar: Extending Your Creative Reach”, where he most simply says who and how important Larry is to all of us.

A lot of people may think that he took upon as many styles as possible but he started most of them in fact, and this really lesser people seems to be aware of. He extended so much on the instrument, sometime not even daring to take the time to fix those new ideas, new techniques, new sounds, urged to go to next rather than exploit it commercially. In every record from any period is absolutely always something that makes me want to go study this, this and that. Like a wild animal constantly on the run because that's how you catch the next ways. But incredibly rooted in the whole history at the same time, because you can't run if you don't know perfetcly your previous steps. I'm close to inexhaustible on Larry in fact, I always listened to him since my early days, came close very young live and personnaly but about ten years ago I got the opportunity to actually really go for his complete (until then and further since) discography and it still leaves so many doors opened in me. 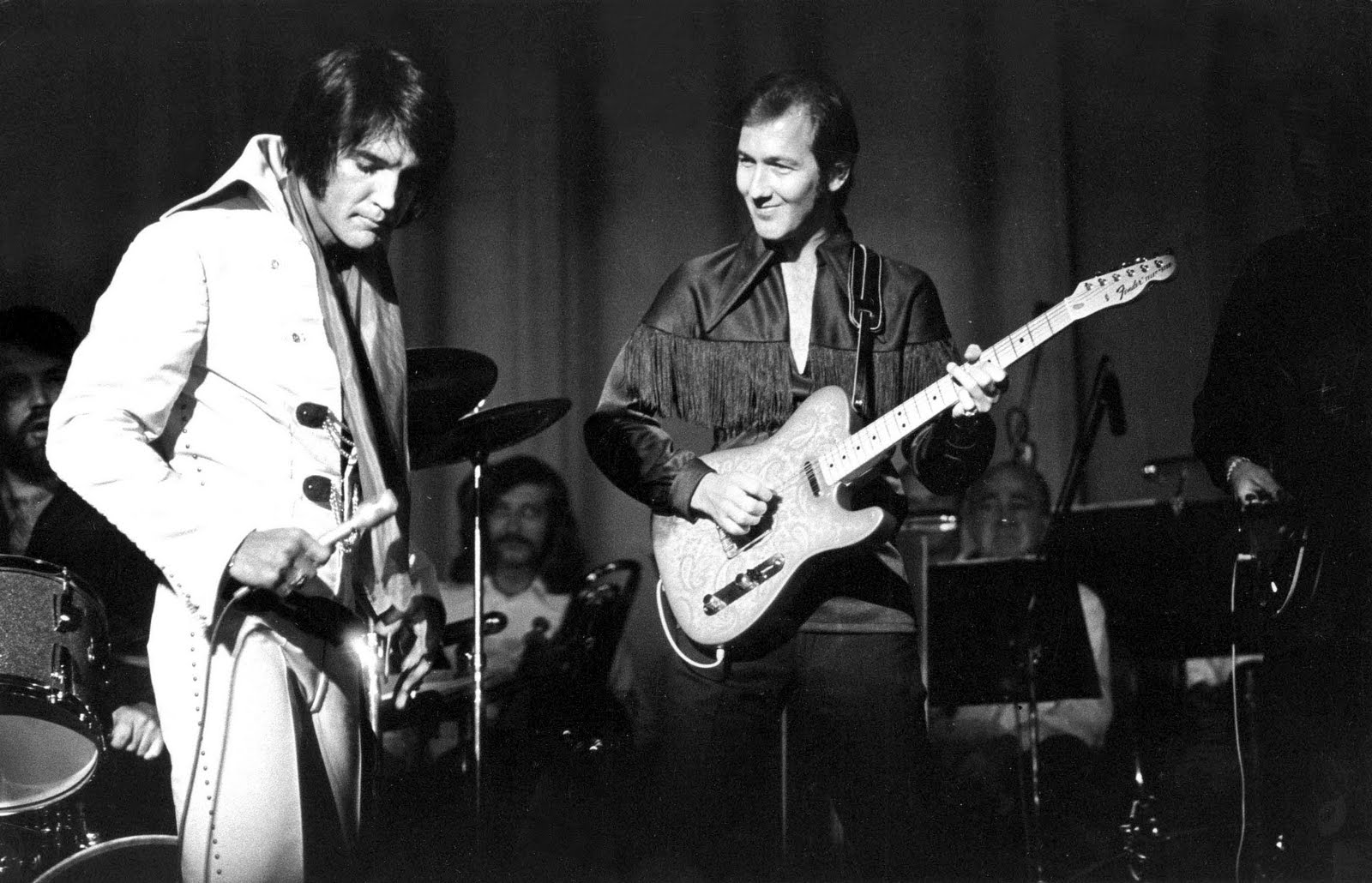 James Burton is the only one from this list that I only discovered later. For some reasons until sometime (maybe because jazz guitar and related took all my space), I really had a bit of a difficulty to listen to classic rock guitarsts, I couldn't find my way in really. But when It came to James Burton, I didn't actually heard any genre players (well probably because such people simply invented their own genre or its most well known riffs and lines). Its a different tradition certainly with different techniques and approaches than strictly jazz guitar but it soon will show a lot in common. Some neo-classical techniques borrowing that is often heard in country music, but also a very different way to bend (B-Bender, altough James always did the same effect without, just bending over the neck). Again this is someone who has such a touch, so much the right distance and choices of notes, always recognizable in any of his numerous sessions. To me he really is the Modern Telecaster Sound Creator. Not that others didn't use the same instrument and came close to the same unique sound, but he really is the first one to articulate it a way that made it a real speech and not just a traditonal instrument of country music.


If you listen to today's Bill Frisell's groups and albums you really can see how much these people changed our ears.