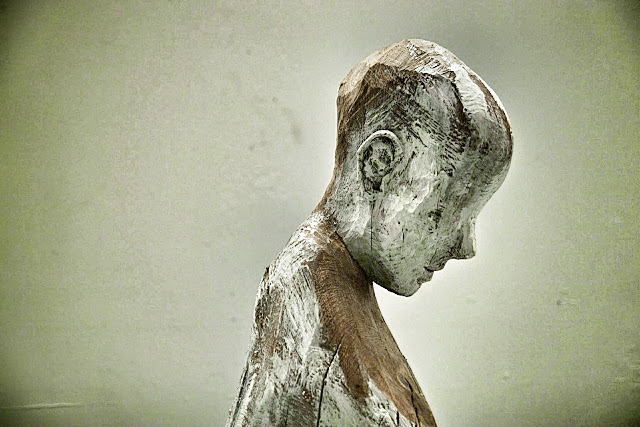 Peter Jacquemyn (1963 Schaarbeek, Belgium) moves easily between the visual arts and music. As a sculptor he assaults tree trunks with axe and chainsaw. His concerts are just as spectacular: with unbridled energy he lovingly wrestles his double bass.
It is a battle in which all means are fair: bows (1, 2 or 3), dented soda cans, plastic bags, crumpled paper, mutes, horns, retuned strings,...


He is a sculptor working, for example, wood with a chain saw - some examples of his work can be seen here - but also a self-taught bass player. Although he is a longstanding member of the Belgian WIM - Werkgroep Improviserende Muzikanten (WIM) (Association of Improvising Musicians) - playing concerts since 1984, he has only recently begun to release recordings. 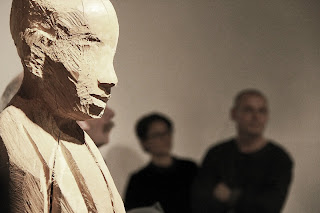 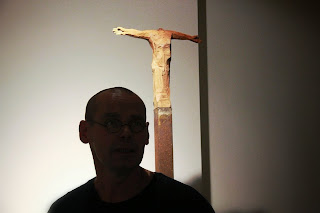 This amazing gap of fifteen years was based on Jacquemyn's view that improvised music changes every time it is played (and listened to) and that it should not be controlled and ossified by recording. His first recordings were released in 1999 (three of them) and one of these (the duo with Gunda Gottschalk), together with the later solo disc, were a deliberate attempt to present a range of possibilities recorded over a period of time rather than the documentation of a live situation. 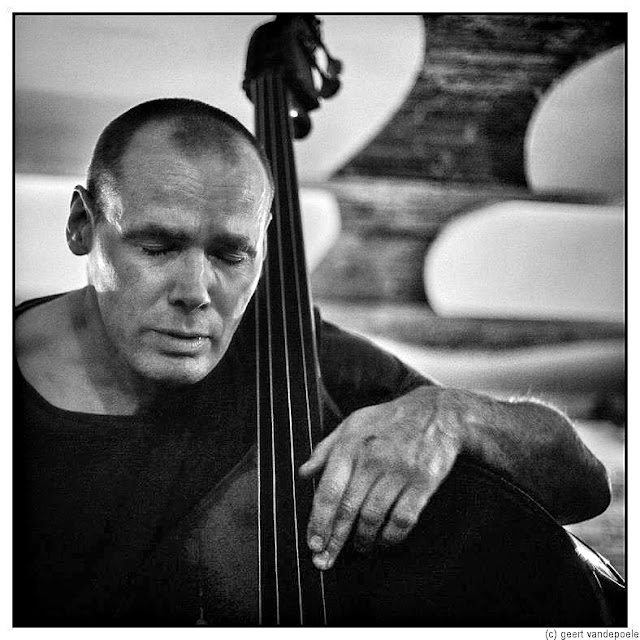 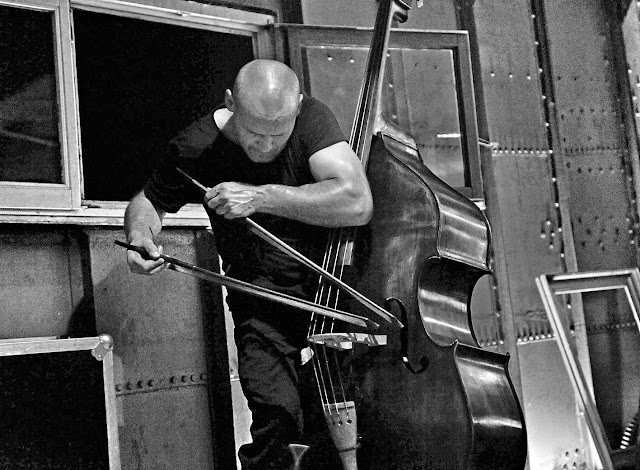 He has also worked with dancers such as Maria Clara Villa-Lobos (Brazil), Fien Sulmont (Belgium) and Anouk Llaurent (France). Jacquemyn shows a tremendous physicality when he plays, using drink cans, nails, two bows and sometimes all at once. He has said: 'I try to break down the barriers between my instrument and myself: I want to get insude, to be my bass. I don't think while I play, everything just happens; every action produces sound, every sound brings new ideas, the music makes itself.

A bass is such a wonderful thing, a big piece of wood and four strings which you can pluck or bow or hammer or caress or... you just don't have enough hands to do it all. It can sound like a big drum or whisper like a small Tibetan fiddle. This instrument can support almost everything: sometimes I want a sound large like a cathedral, sometimes it has to be soft, like silk, sometimes it has to be sharp like a knife.' 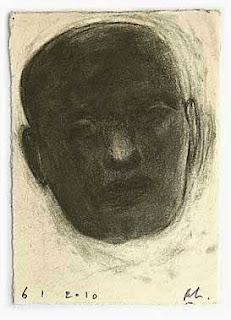 All of this ranges Peter Jacquemyn among Belgium's most interesting improvisers with a very justified international reputation. 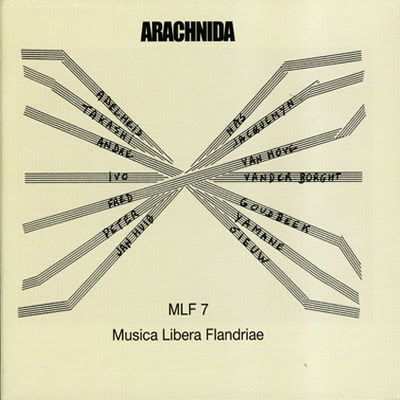 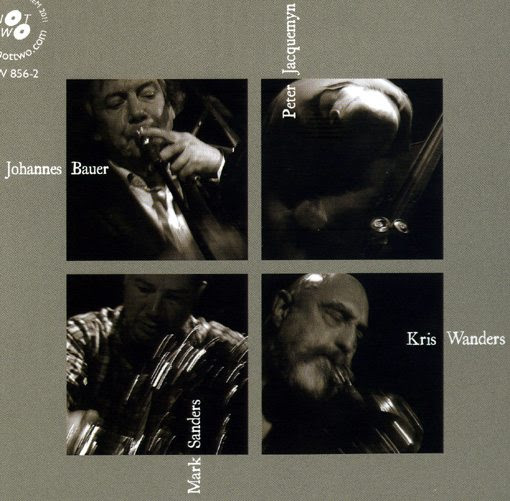 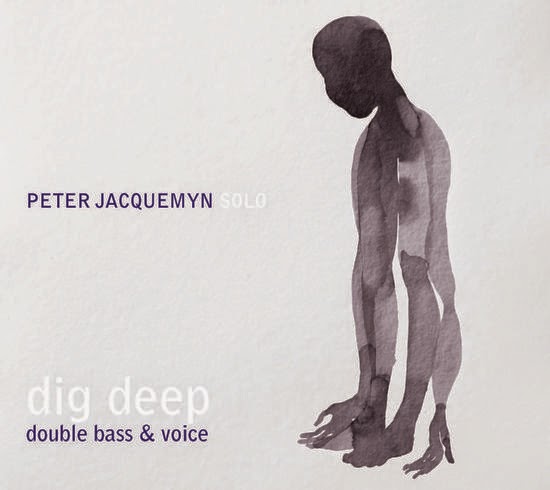 
RT: On stage, you use plastic bags or old cans as music instruments.  What inspired you to use these materials in such a way?
PJ: I never had any music education, so I was forced to find out myself how to play the bass. Because of my lack of any technique I had to find my own answers... Developing your own language, a very personal approach and technique is common business in fine arts. Experimenting beyond the tradition is almost a necessity in fine arts education. That's what I also did in music. I played a lot with very gifted pianists and electric guitarists, being almost jealous about their sound-, dynamic- and harmonic possibilities. I had to develop my own strategy to deal with it, preparing the bass in a way that gave it an almost unlimited wide range of sound possibilities. My bass can sound like a little Tibetan fiddle or like an enormous church-organ...