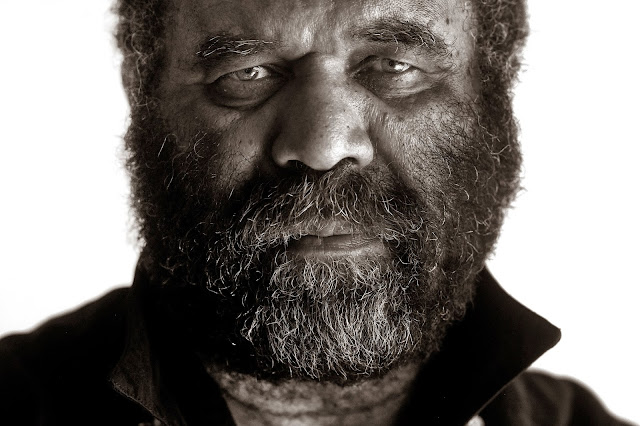 With Otis Taylor, it's best to expect the unexpected. While his music, an amalgamation of roots styles in their rawest form, discusses heavyweight issues like murder, homelessness, tyranny, and injustice, his personal style is lighthearted. "I'm good at dark, but I'm not a particularly unhappy person," he says. "I'd just like to make enough money to buy a Porsche."

Part of Taylor's appeal is his contrasting character traits. But it is precisely this element of surprise that makes him one of the most compelling artists to emerge in recent years. In fact, Guitar Player magazine writes, "Otis Taylor is arguably the most relevant blues artist of our time." Whether it's his unique instrumentation (he fancies banjo and cello), or it's the sudden sound of a female vocal, or a seemingly upbeat optimistic song takes a turn for the forlorn, what remains consistent is poignant storytelling based in truth and history. On his sixth CD, Double V, Taylor unleashes intimate tales as he produces an aural excursion inspired by an unconventional childhood. 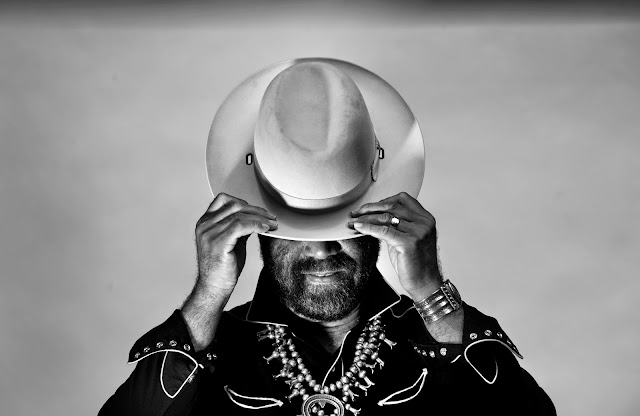 Otis Mark Taylor was born in Chicago in 1948. After his uncle was shot to death, his family moved to Denver where an adolescent's interest in blues and folk was cultivated. Both his parents were big music fans; "I was raised with jazz musicians," Taylor relates. "My dad worked for the railroad and knew a lot of jazz people. He was a socialist and real bebopper." His mother, Sarah, a tough as nails woman with liberal leanings, had a penchant for Etta James and Pat Boone. Young Otis spent time at the Denver Folklore Center where he bought his first instrument, a banjo. He used to play it while riding his unicycle to high school. The Folklore Center was also the place where he first heard Mississippi John Hurt and country blues. He learned to play guitar and harmonica and by his mid-teens, he formed his first groups' the Butterscotch Fire Department Blues Band and later the Otis Taylor Blues Band. He ventured overseas to London where he performed for a brief time until he returned to the U.S. in the late 60s. His next project became the T&O Short Line with legendary Deep Purple singer/guitarist Tommy Bolin. Stints with the 4-Nikators and Zephyr followed before he decided to take a hiatus from the music business in 1977. During this time he established a successful career as an antiques dealer and also began coaching a professional bicycle team. They ranked 4th in the nation and were known for having two of the best African-American riders in the country.

After years of prodding from his musical mentor (all-star bass player Kenny Passarelli), Otis returned to the stage. It was 1995, in an intimate room in Boulder Colorado's "Hill" district. He was joined on stage by sideman to the stars, Kenny Passarelli, and ace guitarist Eddie Turner. A magazine writer on hand reported: "The combination was magic, Taylor's unique singing style blended perfectly with Passarelli's rock steady virtuosity Turnet's rock-roll tinged riffs." Response to the "one-time gig" was so strong, Taylor decided to return to the music scene, playing select dates with Passarelli and Turner. 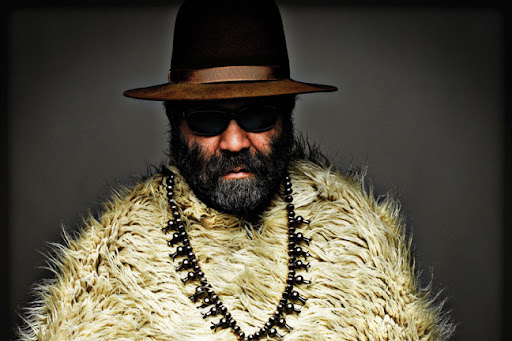 Two years later he released Blue Eyed Monster (Shoelace Music), which riveted the blues world and marked the emergence of a singer/songwriter who has, in his own words, "a way of saying something that seems to be more intense." Further, he says, "you can definitely see how I was forming. There was the Christmas song about a guy that killed his parents. Definitely getting ready to go that way, you know?" In 1998, he raised more eyebrows with When Negroes Walked the Earth (Shoelace) an album replete with unapologetic lyrics, stark instrumentation and a gut-wrenching delivery. Playboy magazine described it as "minimalist blues in the John Lee Hooker mode." Critics and music fans took notice and his talents as a vivid storyteller and accomplished guitar player were solidified. His gifts were further recognized in Summer 2000, with a composition fellowship from the Sundance Institute in Park City, UT.

If Taylor 's first two recordings cast a spell on the music world, listeners were officially entranced by White African (2001, NorthernBlues Music), his most direct and personal statement about the experiences of African-Americans. He addressed the lynching of his great-grandfather and the death of his uncle. Brutality became his concern in songs that fearlessly explored the history of race relations and social injustices. With this disc Taylor was officially blazing a trail. He earned four W.C. Handy nominations and won the award for "Best New Artist Debut."

White African was barely in record stores when he began writing the songs that would comprise Respect The Dead. Released in 2002, it made him a contender for two Handys in 2003; "Best Acoustic Artist" and "Contemporary Blues Album." Last year, he bent conventions again with his debut effort for Telarc Records, Truth Is Not Fiction. Here, Taylor took a decidedly electric, almost psychedelic path forging a sound which he describes as "trance-blues." Music critics were indeed captivated as the disc received lavish praise from USA Today, New York Times, Washington Post, NPR and a nod from the Downbeat Critics Poll for "Blues Album of the Year."

He quickly followed up Truth with Double V, which marked his entrance as a producer and a collaboration with his daughter Cassie, who sings and plays bass. The album scored him a Downbeat Critics Poll win for an unheard-of second consecutive year, while Rolling Stone, The New Yorker, Blender, and CNN all gave their thumbs-up. But perhaps the most meaningful accolade came from Living Blues Reader's Poll, which awarded Taylor (along with Etta James) with the "Best Blues Entertainer" title in 2004.

Telarc released Below the Fold, Taylor's seventh CD, in the summer of 2005. The album is a set of stylistically varied songs that point to a blues-based center but are awash with Appalachian country overtones and moody, psychedelic rock. Once again, the critics raved. Downbeat gave the album four stars, noting that Taylor "has a poet's soul, with a deep respect for the history of blacks in America and an unshakable curiosity about the human condition." Paste called him " a country-folk version of spontaneous, talking-blues master John Lee Hooker." The New Yorker dubbed his sound "Velvet Underground Railroad," and went on to proclaim that "he may drone but he never stays still, and when he moves he's always heading toward places you haven't seen." At year's end, Below the Fold landed in the number 12 slot on the Chicago Tribune's Top 20 album list. 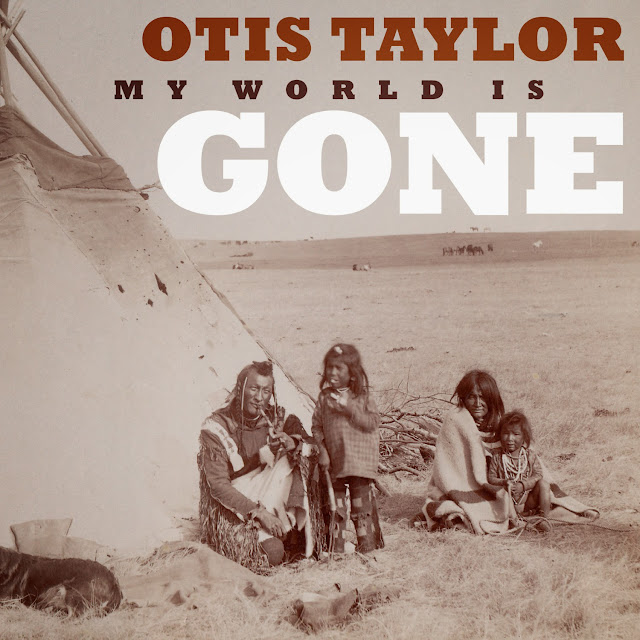 And if the brilliant songwriting and the haunting voice weren't enough to turn the heads of audiences and critics alike, Taylor has also proven his instrumental chops with two consecutive Blues Music Awards nominations (2005 and 2006) for Best Instrumentalist in the banjo category.

In addition to traditional touring and recording, Taylor spearheads a Blues in the Schools program called "Writing the Blues." Conceived by his wife, he appears at elementary schools and universities around the country to offer advice, enlighten, and mentor students about the blues. "I start by asking them to write down what makes them sad; fears, disappointments, losses, whatever. It is just amazing to see some of these nuggets, these incredible thoughts. They are often simple sentences but so real, so sad, so true, so pure." For Taylor, it's an opportunity to connect with others and help others to connect with themselves. And, it allows him to do his part in ensuring that the blues, and the ability to share life experiences will continue in the next generation.

Taylor resides in Boulder, Colorado, where he lives with his wife.

My World Is Gone
TELARC
Listen and Buy

Definition of a Circle
TELARC
Listen and Buy

Below the Fold
TELARC
Listen and Buy

Truth is Not fiction
TELARC
Listen and Buy

When Negroes Walked the Earth
Shoelace Music
Listen and Buy 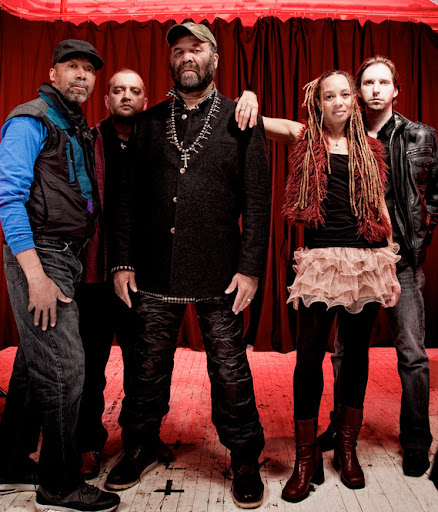