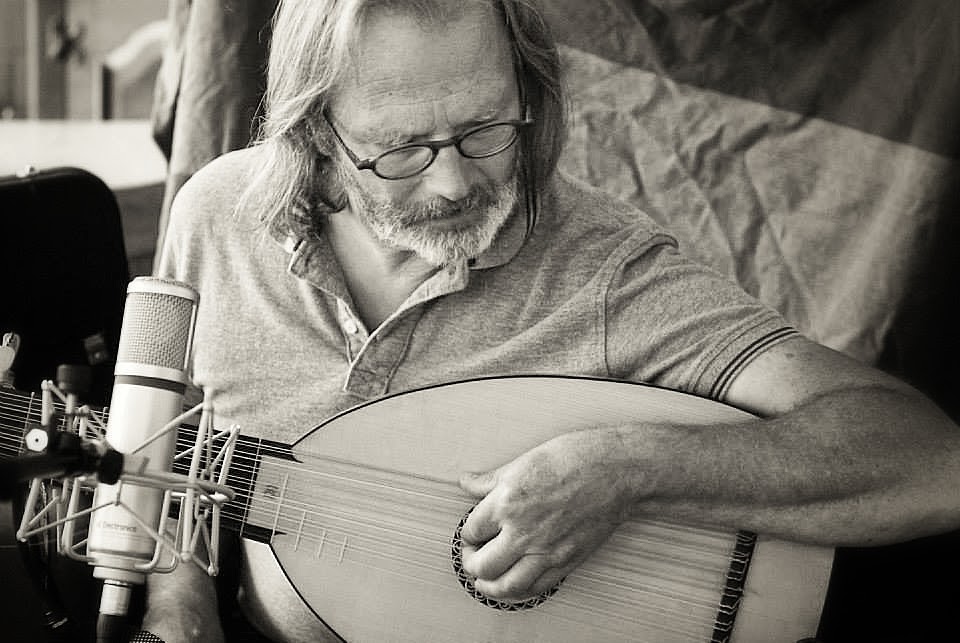 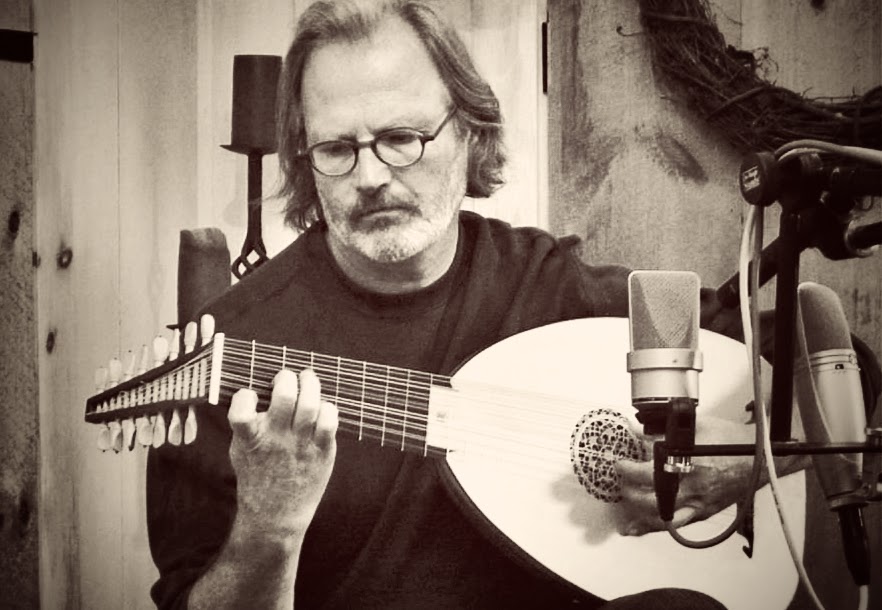 As a leader and co‐leader, he has recorded more than 20 albums.
His compositions for guitar(s)), lute(s) and ensemble, appr. 200 thus far, are published by Berben Edizioni Musicali, The UK Lute Society, Lantro Music Golden River Music, Kameleon Editions and Auurk Ed. 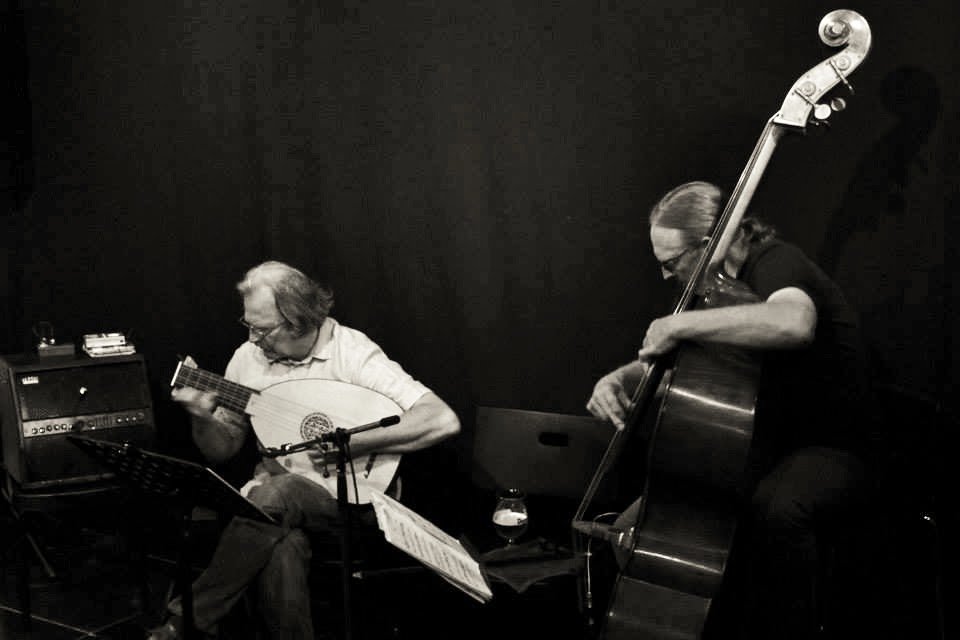 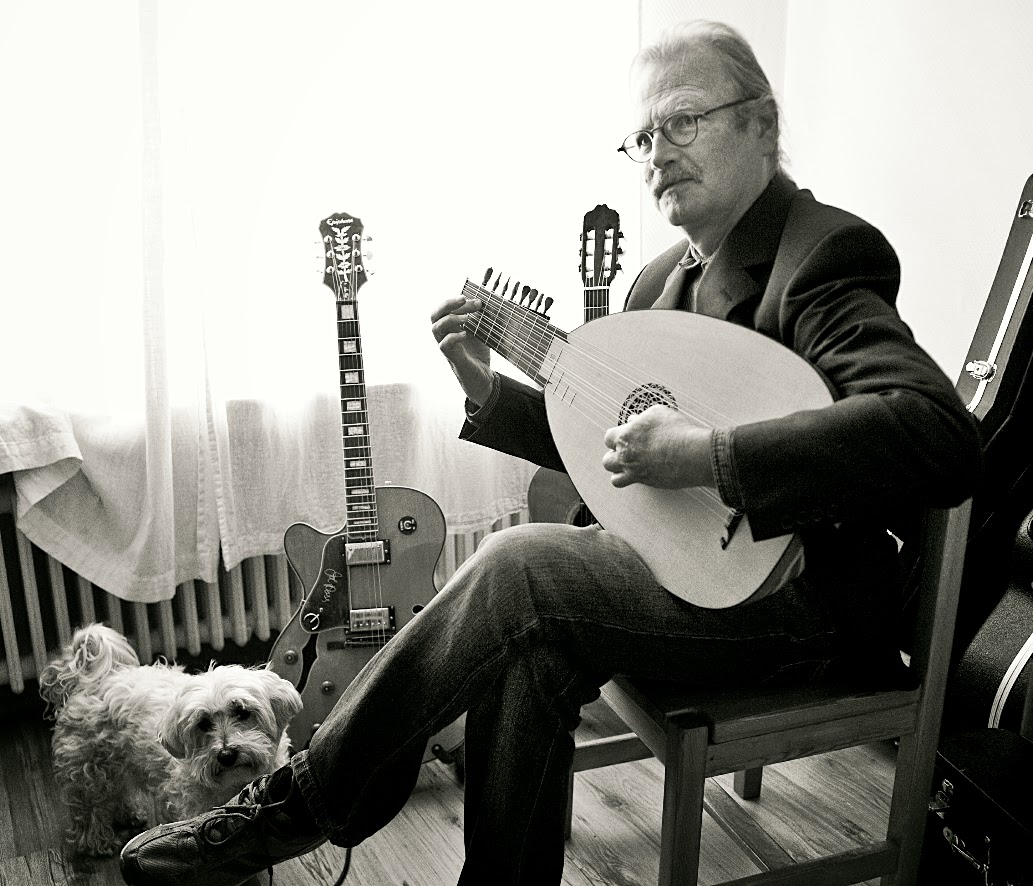 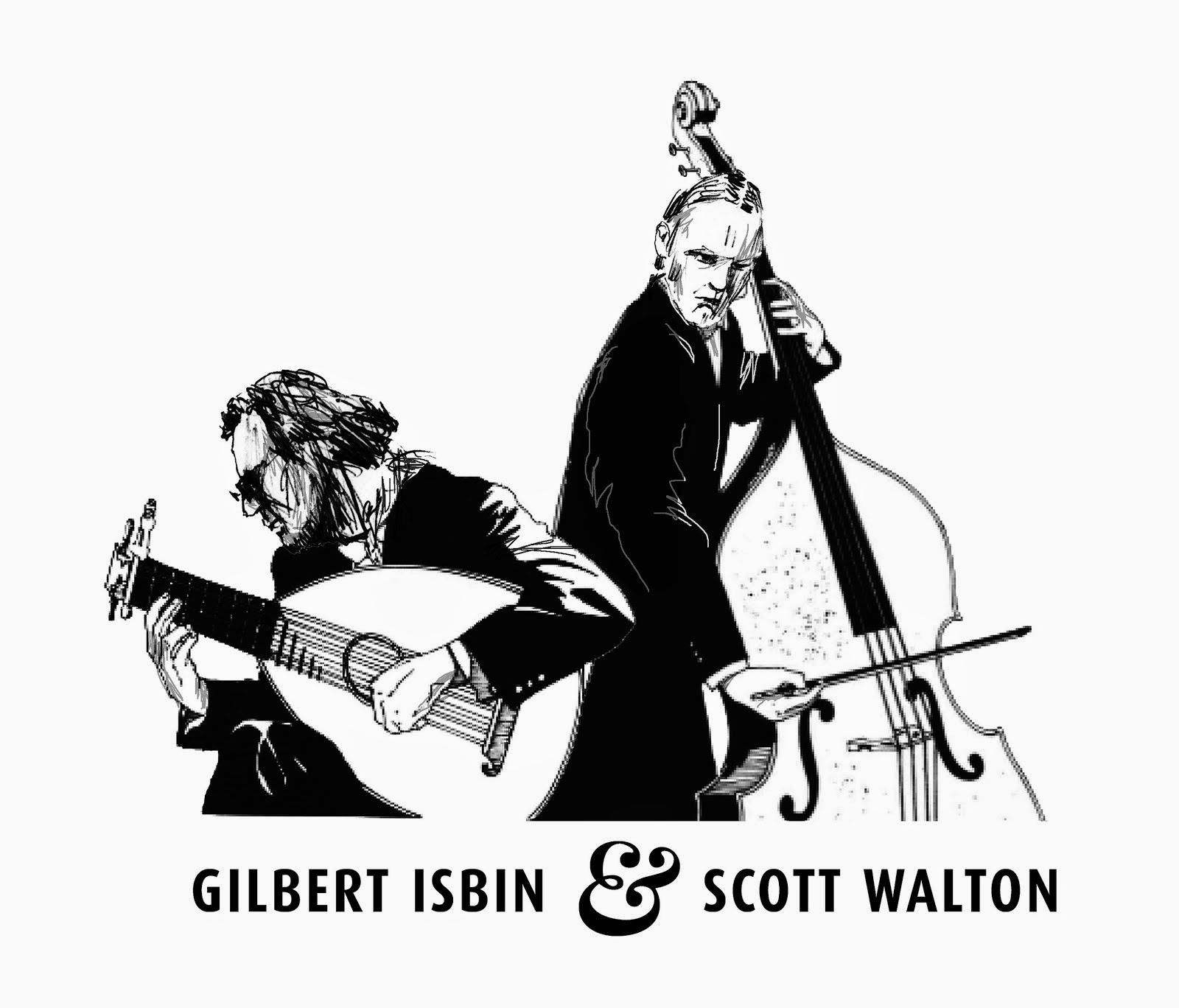 I started playing the guitar at 18, which is quite late. From the beginning I wanted to compose. In fact I've always studied guitar techniques, music theory, composition tools in function of composing or improvising. I feel it is a waste of time to study without purpose. So from the moment I knew a few chords, a few fingerpicking patterns I wrote pieces or tried to improvise with the material. At first they sounded very basic but after some time with a better knowledge my pieces became more interesting. I am still constantly studying but always with a new composition in mind.
I started playing the Beatles, Leonard Cohen songs, some blues,... Then a friend introduced me to fingerstyle guitarists like John Renbourn, Davey Graham, Bert Jansch. Renbourn was then very much into playing medieval music on acoustic steelstring guitar and this had a great impact om my decision to start playing the lute some 7 years ago. But when I discovered "My Goals Beyond ' of John McLaughlin everything changed. I realised this was the musical direction I had to take. It is still one of my favourite records. Later on I discovered the music of Leo Brouwer, Bill Connors (in his acoustic ECM period), Ralph Towner, Paul Bley, Bill Evans, John Coltrane, Charles Ives, John Cage, and so many more creative souls.

My first record was Laurel Canyon Home from John Mayall, with the great Mick Taylor. I still like this music. In the rock/blues genre my favourite player is now Jeff Beck. One of the last records I bought was Chris Wilson's Francesco Canova da Milano. Wilson is one of my favourite luteplayers and Da Milano one of my favourite early music lute composers. I study his compositions as I am now very much concentrating on writing modern counterpoint compositions.

I compose all the time with the instrument in my hands. I mostly play little motives, a phrase, a chord sequence, a certain technique over and over again until I find a new idea. So you could say I am practicing a lot but without a routine. However I study all the time, but always with a composition in mind. I published thus far some 250 compositions (publishers: Uk Lute Society, Lantro, Berben Edizioni Musicali, Auurk Ed., Golden River Music, Kameleon Editions)

I always try to surprise myself, to compose or release something different. Soloworks for instance was a complete improvised record with prepared guitar and other expanded techniques. Very far going. After this record 'Gilbert Isbin Plays Nick Drake' was released which was totally different in approach. Very folkjazzlike. Then I did a more jazzoriented CD Venice Suite. A CD I treasure a lot.
The last two records are again completely different, although you always can hear it's me who's playing. I've developed through the years a proper style. Recall , the record I made with bassplayer Scott Walton is totally played on the lute, with some compositions, but a lot of improvisations too. This line-up is unique but also the lute approach is never heard before.

Some projects are long term ones, like the almost ten years project I have with Iain Cameron (UK). I think we 'composed' more than 800 pieces (comprovisations). They are on Reverbnation, Tumblr. Every week we send each other soundfiles via email on which we then improvise, add or manipulated the sounds, ...Iain plays on a Dhorn (a sort of midi sax) and I on my midi-guitar. My contributions are all notated via my Sibelius programme, so I have a mass of written out music. I sometimes run through some of the pieces to get inspiration. The results are sometimes very surprising.
Some other long term projects are the ones with bassplayer Scott Walton (lute-bass)

and Bubble Fauna, a lute duet project with Christian Vasseur

A record will now be released- 'Stathis Skandalidis Plays Gilbert Isbin'- with this great Greek lutenist playing 23 compositions of mine which have been published by the UK Lute Society. It's also unique for the luteworld.

It's important to have a comfortable and functional technique for what you are doing. I think it's stupid and a waste of time just to study years and seldom use all this knowledge for creative purposes. I am very open to all styles. When you want to write a book on a certain topic you need the proper vocabulary and the same is important to music.
Some music needs only a very simple language other music needs a more expanded vocabulary. As long as the music moves me it's perfect.

I can't live without music. I feel bad if I haven't played or composed for a while. It's a very fine addiction ! I especially feel good when I succeeded to finish a composition. But also when I just sit down and improvise for a while. It's zen.


Tell me one impossible project do you like to realize?

I would like that my music could be used for a film soundtrack. Lots of people say that it would fit. But you need the right relationships for that. I am a big film fan and I love filmmusic.

I like it or I don't. Very simple. If art needs a lot of words to explain I take a step backward. I like everything as long as it is soulful, as I have the feeling it's from the heart. It may be beautiful, simple, virtuosic, primitive, ugly, serene, noisy, ... I like it or I don't and I don't want to analyse or find an explanation for my enjoyment.

As a guitarist I was always looking for a sound like Bill Connors (in his acoustic ECM period ), this long beautiful sustain, these fluid lines. I liked also the acoustic sound of McLaughlin in his My Goals Beyond period, this stacatto - legato, a bit edgy sounds. It's a bit a Coltrane sound but then on a guitar. The lute is a very different instrument. It's impossible to create a long sustained sound but I use lots of open strings. On the CD Recall I used extended techniques which went quite well on the lute.

All my ancesters were fishermen. The sea has always got a big influence on me. You can hear the ebb and flow in my music.

I am reading quite often poetry. My next project will be a CD with lute songs based on poetry of good friends of mine and performed by Stathis Skandalidis and Mattias Pavlous. Lots of ideas come to me from daily life, hearing and reading what happens in the world today ( for instance I wrote now 7 Peace Pieces for lute solo, my contribution to Peace), family things, observations and thoughts during walking, a conversation, a meeting, a thought, a reflection, watching a film, a documentary that moves me deeply...

This must be certainly 'My Goals Beyond' of John McLaughlin. Before hearing this masterpiece I was into fingerpicking folk and jazz tunes, but his approach really overwhelmed me. These magical chord voicings, the Coltrane-esque runs full of energy but also full of soul and lyrism, the strong Indian music influences, the very different fresh arrangements of jazzstandards and his fantastic orignal compostions.

I like to collaborate with musicians that are searchers. Musicians who developed their proper language but still are exploring new paths. Very important to me is that he musician is not a difficult person to work with, that he is positive thinking towards the project, that he is striving for an excellent musical result. It kills creativity when lots of energy is lost into handling ego things. Most of the musicians I collaborated with were very down to earth, humble and gentle people. For me it stimulates creativity

I always followed my own path. I composed, performed and recorded the music that I personally liked. Never did concessions. And that's fair enough for me. 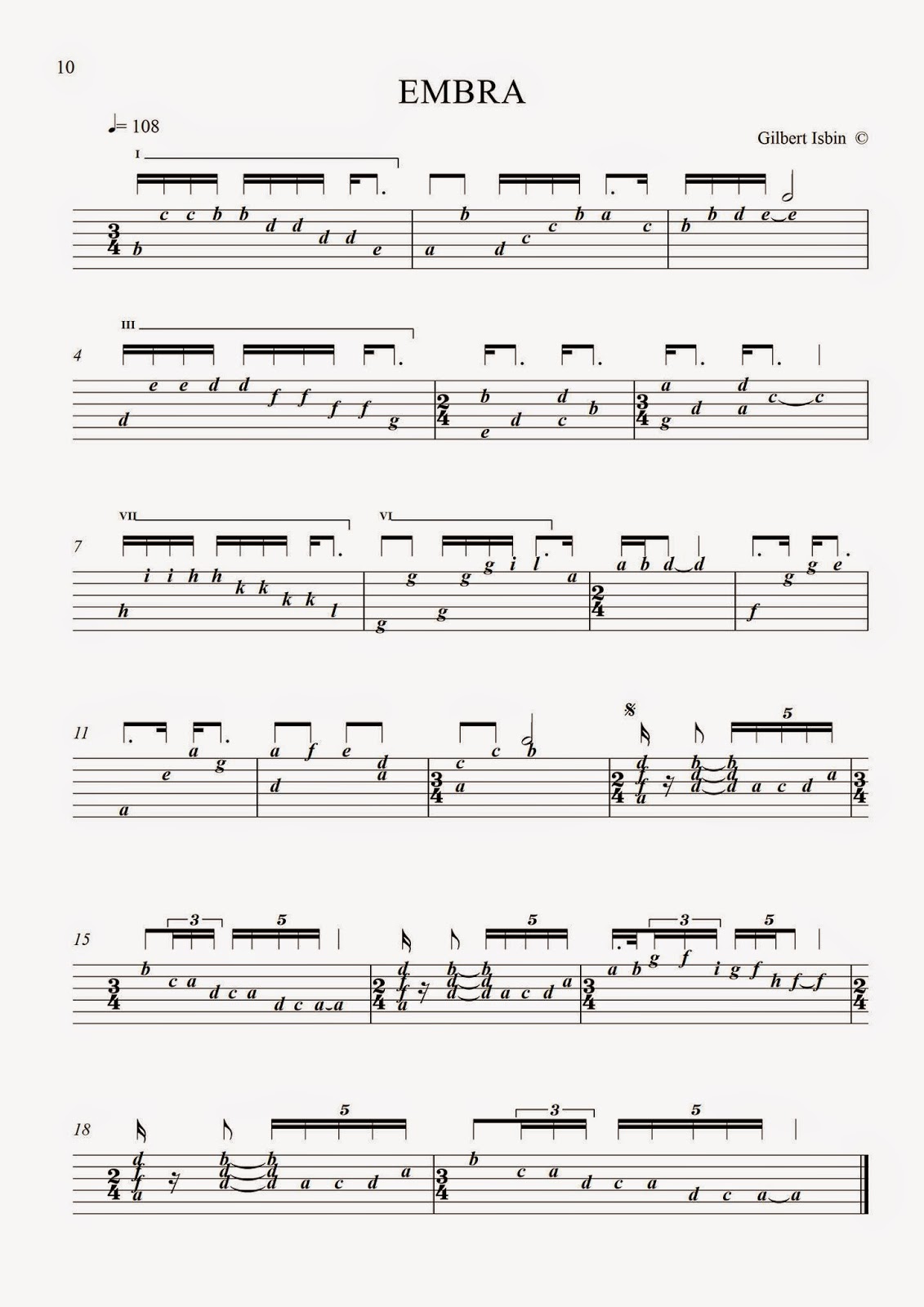 Embra, published by the UK Lute Society in the book 'Harvest' http://www.lutesociety.org/pages/catalogue#k
This piece will be featured on the forthcoming CD 'Stathis Skandalidis Plays Gilbert Isbin' 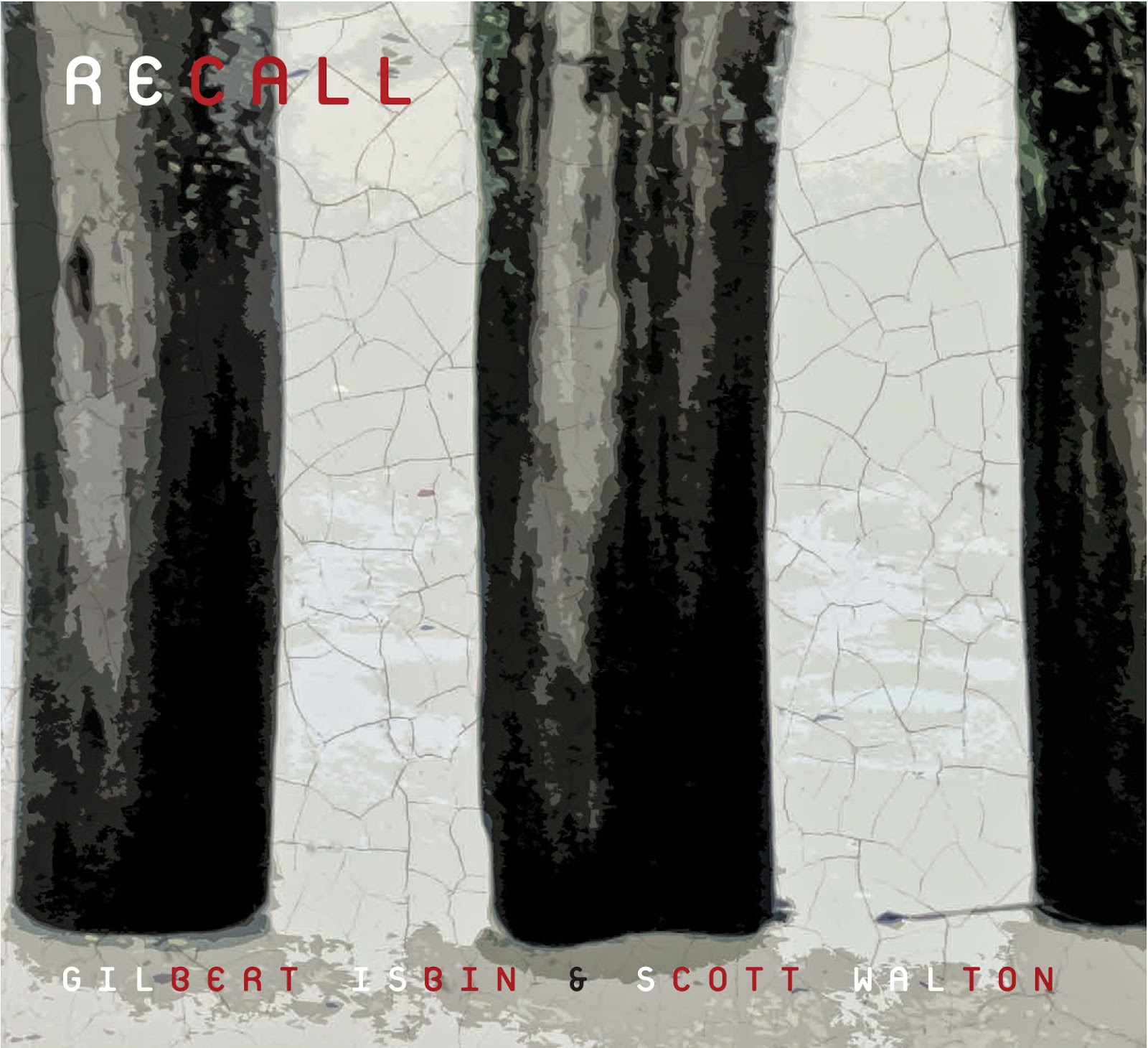 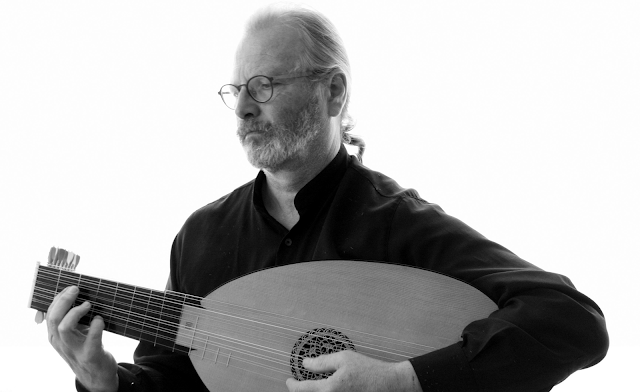