James L. D'Aquisto (November 9, 1935 – April 18, 1995) was an American guitar maker best known as the premier maker of custom guitars. He served as an apprentice to John D'Angelico from 1952 and was considered his successor after the latter's death in 1964.
From his shop in Huntington, New York then in Farmingdale, New York and later during his "golden period" in Greenport Long Island, New York, D'Aquisto became known as the world's greatest guitar maker from the late 1960s until his death in 1995. James D’Aquisto, born November 9, 1935 was trained by, and is the successor to, John D’Angelico. 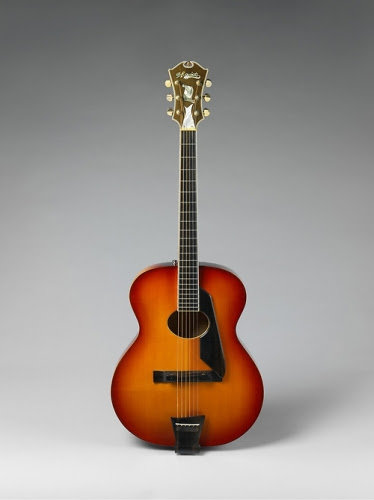 James D’Aquisto was born in Brooklyn in 1935 to an Italian American family, both sets of grandparents having emigrated from Palermo. D’Aquisto was a skilled musician who studied jazz guitar and played the bass. As a teenager, he was taken to visit John D’Angelico’s workshop and was immediately entranced by the idea of instrument building. He was offered a job as a shop boy in 1952 at age seventeen.

Both men are considered to be the finest independent builders of archtop guitars in the history of the instrument. James apprenticed to John, starting in the 1950s, possibly as early as 1954. Jimmy said “I was making $35 a week. I was like the runner: I’d go to the stores, pick up the tuners, go get the tailpieces from downtown, take the necks to the engraver, all that. I cleaned the windows, swept the floors, everything – we all did that. On Friday we put away the tools and cleaned the shop so when Monday came the place would be spotless.” Later, James learned the “rough work” of the D’Angelico building style. By around 1960, John’s health was failing and Jimmy was asked to do more and more of the finishing work, and, finally, the hand-crafting of components. John died on September 1, 1964 at age 59. Jimmy continued the business of building guitars, under his own name. In 1966 he moved to Huntington, Long Island and in 1973 moved to Farmingdale. 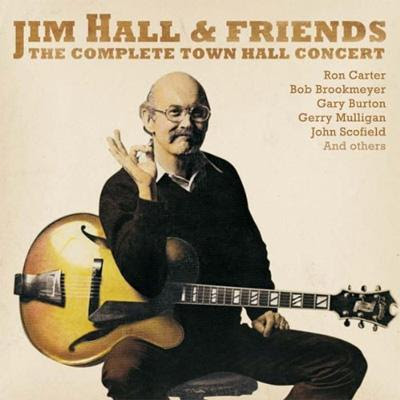 In 1977 he made his final move to Greenport, Long Island. His guitars are considered without peer. Jimmy D’Aquisto was always afraid that he might die at the same age as his mentor, at age 59. In fact, he died Tuesday, April 18, 1995 at the age of 59. 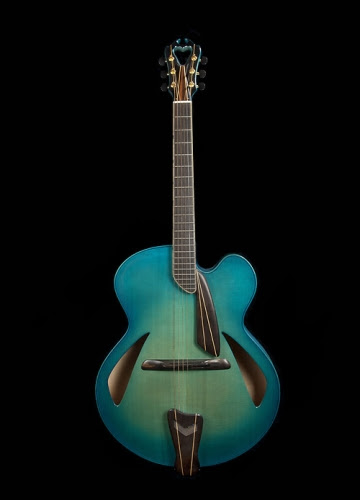 D'Aquisto's name is attached to many guitar models from brands like the Fender "D'Aquisto Elite" "D'Aquisto Ultra" and the Hagström Jimmy, and his blue "Centura Deluxe" was the inspiration for the book Blue Guitar. There is another book titled "Acquired of the Angels:The Lives and Works of Master Guitar Makers John D'Angelico and James L. D'Aquisto[5] Today, his guitars sell for tens of thousands of dollars to over $400,000. And the first to be worth a million dollars.

In 2006, James L. D'Aquisto was a inductee to the Long Island Music Hall of Fame. His tools and work bench — passed down to him from D'Angelico — are on display at the National Music Museum. 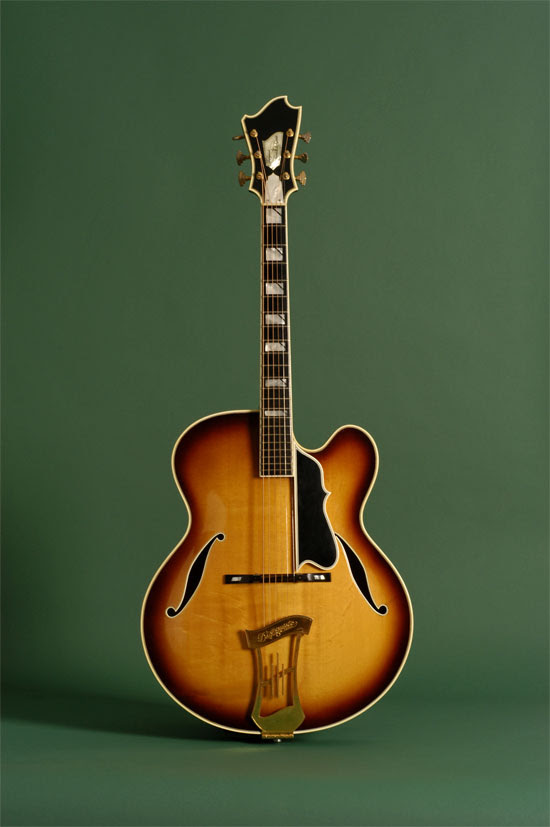 D’Aquisto spent the next twelve years learning every aspect of guitar making. For the last five years of D’Angelico’s life, D’Aquisto was the only other worker in the shop, and he gradually took over more of the production of the instruments, eventually purchasing the shop. After a series of unfortunate business deals, D’Aquisto, like many other Italian Americans at the time, moved to Long Island, where he established himself first in Huntington, then Farmingdale, and finally Greenport. 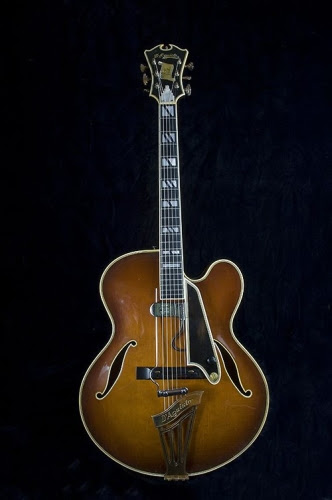 Initially, he continued to build high-quality instruments in the same traditional style as D’Angelico, but later introduced his own ideas to instrument construction, culminating in the introduction of his modern-style guitars in the second half of the 1980s. These instruments represented a radical departure for guitar players and collectors alike and would open the door for other luthiers to experiment. -

James D'Aquisto was born in Brooklyn of second generation immigrants from Palermo, Sicily. His boyhood was filled with music; and, unlike D'Angelico, who was not a player, D'Aquisto studied and actively played guitar in the late '50s and '60s. He had been playing a Harmony Monterey guitar, but a friend suggested that he get a D'Angelico. Following that first visit, he began to hang out at D'Angelico's shop, who took notice of his interest. He was hired, starting at $35 a week, running errands, washing windows, and sweeping the floor.

When D'Angelico died, D'Aquisto continued to work on the guitars, and eventually bought the business from the D'Angelico family. The quality of his work was starting to be seen by musicians in NYC, and he began to get orders from younger players. By 1967, orders were strong, and he moved out of the City, seeking a more quiet lifestyle. Despite complications from epilepsy, the last ten years of his life were filled with building great arch-top guitars. His vision for new designs gained precedence, and young builders looked to him for insight and inspiration.

Images from the Lillibridge Gallery

Louise Palazola of Memphis, Tennessee, widow of Paul Gudelsky (1963-1996), contacted André P. Larson, Director of the NMM, during the spring of 2004, to discuss the future of the D'Angelico/D'Aquisto/Gudelsky Workshop Collection that had been acquired by Paul and Louise from James L. D'Aquisto (with whom Paul had apprenticed in 1990). John D'Angelico (1905-1964) and James D'Aquisto (1935-1995) are widely recognized as the two greatest archtop guitar makers of the 20th century.

Late in November 2004, Larson and his wife, Kay, brought the workshop artifacts—donated to the NMM by Louise and Paul's father, Erwin Gudelsky—in a U-Haul truck from Vista, California, to Vermillion. Included was the original D'Angelico workbench, tools, templates, ledger books, and other materials from the D'Angelico/D'Aquisto workshop in New York.

Additional items, including a second workbench, spray booth, drying stool, air compressor, the rack on which guitars waiting for adjustment were hung, and other items were acquired from D'Aquisto's son, James II.

The D'Angelico/D'Aquisto workshop—moved several times during its years of active use—is now replicated at the NMM. The workbenches, spray booth, guitar rack, tools, moulds, guitar backs, sides, tops, and all of the many other artifacts are all original and are given in memory of Paul Gudelsky by Louise Palazola and Erwin Gudelsky, the Tom & Cindy Lillibridge Fund, and the Tony and Bonnie Vinatieri Family Trust