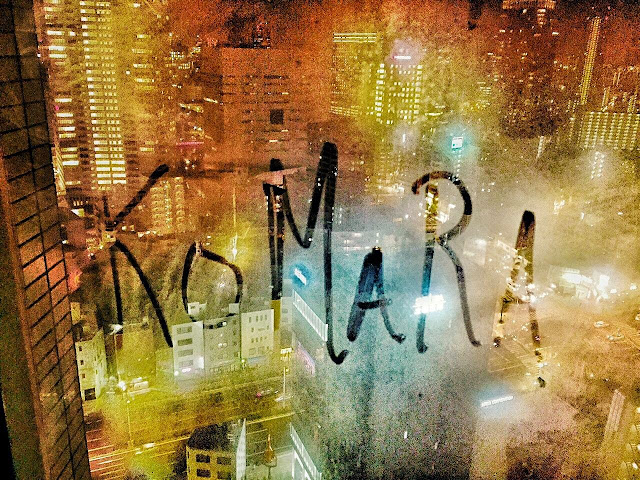 KOMARA. Band formed in November 2014 by King Crimson drummer Pat Mastelotto, David Kollar and Paolo Raineri. “For me, KoMaRa is the epitome of my belief that great records are like movies,” said Mastelotto. “The best musicians don’t need scripts because they understand the movie is always evolving. That’s the beauty of music, too. It inspires its own script and cinematography in every listener’s head.” We're talking about his first release KOMARA, with his guitarist, old friend of our blog, David Kollar.

Miguel Copon
Nowadays, influences and genres are all mixed in a quick and speedy cocktail, it's difficult getting an accurate orientation about anything. How do you feel the genre boundaries in your sound? How do you work with that complex heritage?

David Kollar
I'm really glad that a lot of things are possible now. I feel really free to do what I want in my music and my sounds. There are no boundaries. Honestly, there is one wide space and it's my direct feeling which is telling me: that's bad... don't do that, work on that and work more on this in your musical speech. Now and here there are a lot of musicians in the world. Everybody has a laptop and want to make a money for living from music. It's now a bit like a competition. Pat said that musicians are like locusts and he is right. But good and honest music always wins :)

What would you say is the importance of the legacy of King Crimson, broadly, from Belew to Fripp, as a system of composition based on the rock but cleverly projected towards new sound searches?

For me King Crimson is a band which is here to inspire people. All the members are very original and influenced maybe two generations of artists. When I heard the first time Adrian Belew I was shocked what can he do with an electric guitar. Was real happy that guitar has also these sounds.
I had liked his solos, which were very original and powerful. I think Adrian Belew as guitarist and as well as a singer inspired very many musicians on the current scene.  I'm personally still inspired his music and life story. Fripp  makes it very special for me. Mostly I like his music way and life journey. I like his course "from good to great". That's inspiration for me as well.  I was for a while a part of his Guitar Craft course.


What are the sounds closer to your desire in the European music scene?

I like drumming of Michelle Rabbia. I saw him live in duo with Eivind Aarset and it was really, very inspirative concert for me. I like Eivind very much. He helped me to find my way and we are very good friends. I remember when I went to him for the first time in to his studio in Oslo. I had stage fright, but it turned out well. We played a couple of hours. Eivind was then a part of the Artrance Performance. I learned a lot from him. Eivind is a very interesting guitarist with a very original musical expression. I like Paolo from KOMARA because of his aggressive and beautiful sound of trumpet.

Also  drummer Simone Cavina... I like his sound and sound processing directly at the concert. We have, together with Paolo band The Blessed Beat. I like Ben Frost because he still creates new sounds. Also he is an inspiration for me. And Warren Ellis and Nick Cave soundtracks. That's really good and inspire work. Also my buddy Gergo Borlai is really cool. He is Mozart on drums.
Also there is a very interesting and original singer Grzegorz Karnas and pianist Pawel Kaczmarczyk under Hevhetia label.

Ambience, in an evocative, even progressive form, is a personal characteristic of your compositions that has lead to you in a natural way to integrate your work in film or dance projects. How do you imagine, in a pictorial form, in a canvas, your sound? How do you "paint" technically this enviroments?

It's really difficult to find words for that process. Still I need to write a script for music. Then it's easier for me. I'm simply following my vision and trying to reach the best point of it with music which I'm creating. It's really difficult to explain. Sometimes there is a luck in the air and good things are coming and sometimes its really big fight with myself to find good idea. I need to walk on the street and think around the script then music is arriving. In the creating process, I don't think about my rig I just play with close eyes and trying to get the best for the song. There is no trick for that or pedal, which can save me. I need to know what I want to say or about what will I play.

I have to say that the last years I like improvisation. Every morning at 8: 00 am I come into my studio and play an hour solo concert. In the concert still do I record and analyzing what went wrong and what I need to improve. I'm trying to make new sounds and I'm working on tone. The tone is like a diamond, the more it polishing the more sparkles.
I became an endorser of EarthQuaker devices and must say that they are creating very original pedals, they are very inspiring.

Where do you want to be 25 years from now? What goals do you draw for your musical development? What's your desire pointing to? Are you ambitious?

I want to record a lot of music and play with musicians which can inspire and push me to be better. Want to learn as much as its possible about everything.  Things move and that's great. I play with musicians from the world scene and it is very important to me and pushes me forward. I have been writing diaries for several years and the next year I will release it with the CD. Many followers take them as inspiration so I decided to post a piece of the past. They are written in my hard times when I worked as a laborer, etc.. My whole live journey. I'm happy that eastern Europe is expanding to whole word with music. It was hard in communism to do something open minded and not to be arrested. Now its chance for new generation to do something really great. I hope that cultural system in my country will be not that corrupted and will support artists cause now its unbelievable hard. Without friends lots of projects cannot be done. I have some real good plans and ideas which will never happen cause support is impossible.

Komara is a hard work, but all collective work is a delicate engineering about human relationship. Three different universes colliding or contributing to a collective purpose. What's the story behind Komara?

I have contacted Pat via email and he answered to me. To get to his email was not easy, I managed to do it through Lorenzo Feliciati. He invited me for the Crimson project gig in Warszaw and after 4 months we were on the stage together with him and Paolo Raineri. Before the last gig Pat has got the idea to go to the recording studio. We were improvising a couple of hours. Then Pat and Adrian Benavides worked on that material. We did some overdubs and after the few month's album was done. We are lucky cause Adam Jones created a cover art for us. So we have got a lot of fans and pre-orders cause of TOOL band and King Crimson as well. Pat is an unbelievable nice human being, I must say.

How would you describe the apportation of every member?

Sound of KOMARA is very special /drums, trumpet and guitar plus electronics and live loopings/. For example Im taking care of low notes. My guitar is tuned down to C to get low notes and frequencies. Paolo sometimes plays sounds, that's difficult to say its trumpet. I like it very much. And Pat is very modern, experienced drummer with a nuclear reactor in the body. He is unbelievable hard worker. For me KOMARA is mix of personalities that feel the same way, but you can hear that every single member is from another continent.

KOMARA is your first recording as a group. How's the process to record this work? Is it a labor in any way different today, with the virtual disparition or metamorfosis of music labels, than 10 years ago?

As I said we improvised a couple of hours in the studio and then we overdubbed something. A very important man in the chain editing process was Adrian Benavides. That was new for me, I mean way how he edited tracks and worked with our sounds. He pushed them to another level. Album will be released in Hevhetia label. Its small Slovakian label which released more than 150 recordings and books. It's still expanding to the whole world and that's great. We will have limited vinyl edition, CDs and digital downloads. 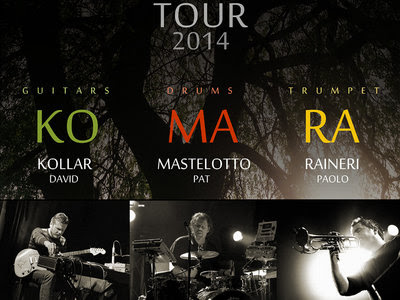 What's the exact energy that your group displays live? In what form is different from and related to the recording?

Liven things happen in real time. That's what I like very much and the adrenaline as well. We will also play songs from the album but we will play them freely. Of course we will also improvise.


Is the guitar still a good tool to explore your new sounds territories?


Definitely yes, but I like all the other instruments that are around me. 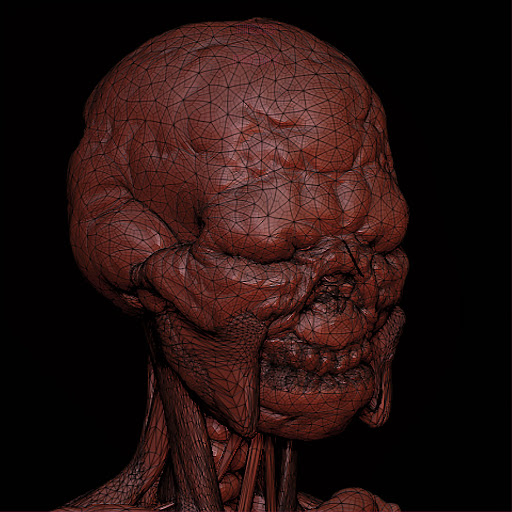