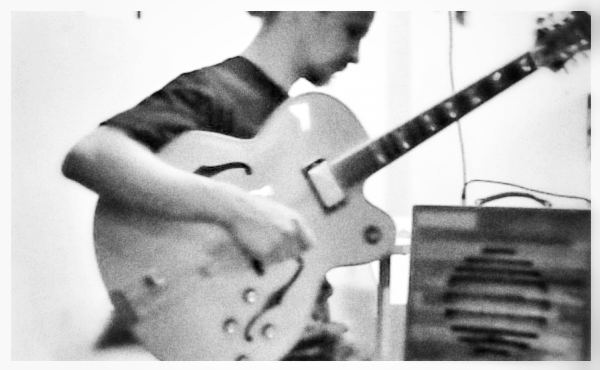 Jaakko Savolainen aka Alvari Lume is a free improviser guitarist, born in 1970 in Helsinki, Finland.

'Ever since guitar was developed there has been a strong heritage of solo playing' Alvari Lume says. 'Especially guitarist composers with their own music. My music is free improvised and I think this heritage is important to keep alive with ones own musical language.' Alvari Lume performs live with different musicians (duo's mostly) if not performing solo. 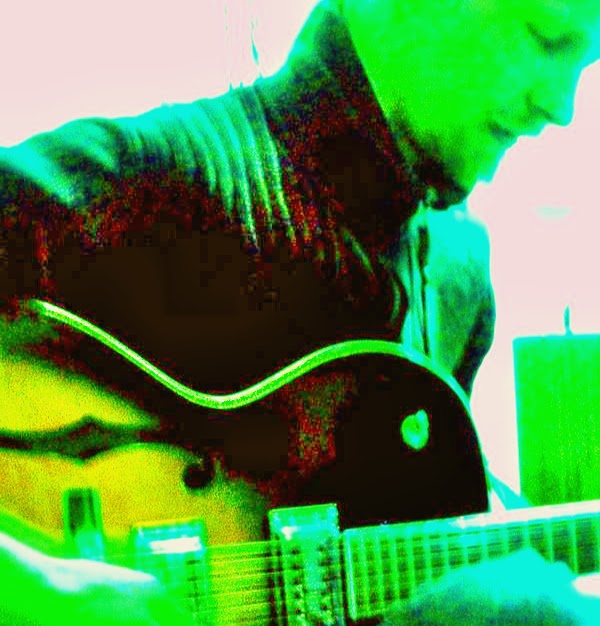 “Alvari Lume's music is an emotional stream in constant evolution,” says Italian composer, Emiliano Pietrini, who records under the name, Globoscuro, “Alvari’s radical improvisation is like an illumination. Images and sensations evolving according to the rhythm that explodes from the heart of the performer. A perpetual motion of inspiration. What you hear is a kind of struggle: The thoughts expressed by each instrument fighting among themselves. But it is a harmonic struggle harmonic. A quiet chaos…a shiny madness.” 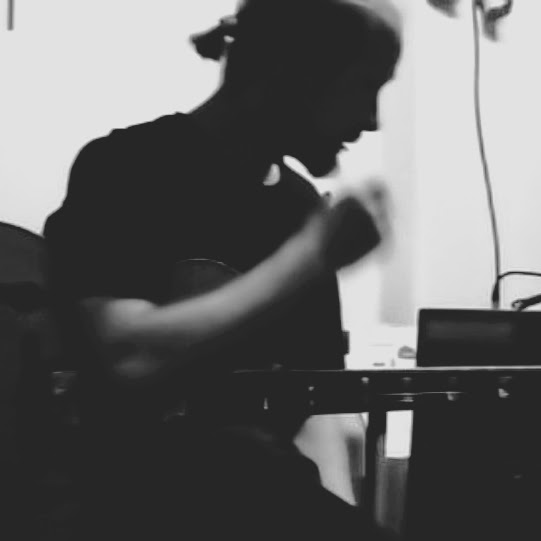 'Music is a document of the moment and should be expressed with all emotions as it is.. -no matter what'...

The sound of Alvari Lume grows from the heritage of jazz in it's all forms, being free and from the huge interest of baroque music and classical avant garde and contemporary music. Music itself should be a document of the moment.no matter what happens, all is important... music is not a competition. It's expression...

my father was a jazz lover and I have grown up listening to jazz because of that. we had time together on Sundays listening to jazz  and I got to choose the LP's.  Sonny Stitt, Miles Davis, Stan Getz and all the others. Charlie Parker was magical in my ears and his music is one of the earliest memories I can recall. at some point I knew I belonged to music. I got my first guitar at age of 4 or so, and the instrument never left me. Also I tried other instruments... but Guitar was my thing.

first one with my own money is impossible to remember.
the  last record I've bought was Sankt Gerold by Paul Bley, Evan Parker and Barre Phillips

my musical routine practice focuses on improving my playing and to learn the instrument. I do that a lot.
I first start by producing a single sound that pleases me. usually with E1 string, the hardest string on the guitar to get a beautiful sounding, to find the touch of the sound.
then I play a lot of C major scales with all modes to get the the touch for the strings and for the instrument in general.
Guitar is a C instrument, and my opinion is that knowing the key of C on the fretboard is essential for the further playing and understanding it. nowadays, my key of C is C+ but I hear it as the same.
after that I focus on issues I hear in my own playing or improve my technique, in order to be able to interpret the music I hear inside.

The main pleasure for me, with no doubt, is the feeling in my fingers and how the strings resonate through me... and how it feels to reveal the energy to the strings from my body.
I usually use relatively thick strings - 0.13 set with B and E1 changed one step thicker  (0.18 -0.14 ) to get a more balanced sound.
that gives me limitations for the playing (bending techniques) but I need that feel on my fingertips and the sound of the thick strings. Sometimes I also try thinner strings, but I always end  up playing with this set so I can hear the pulse beauty of the sound.
All other limitations are based on the guitar structure, or in your imagination and how committed you are for the instrument.

technique is very important. it has a value in the sound and you can always hear when the technique is bad but the matter of technique should always be relevant in order of being able to interpret what you want in the situation of the performing.

being ready at the moment of the time of the performance ,no matter whatever will come up, has a great value...

for me, the most pleasing moment is when you have the flow going on and you find yourself playing in the field you've never been before but having a good technique is essential even in that.
it makes a great difference between playing what you can and playing what you want.

I heard a short clip of an avantgarde string quartet on a local news when I was a kid, 11 years old or so.

...that was it without a doubt.

...it is quite difficult and usually complicated. I start analyzing and hearing issues but I think it is quite common for musicians listening to their own playing. though it is important to listen to the recent recordings after a while it has been published. it is also important to record shows with all the tiny little things that would need a focus and improvement to get a better picture of where you stand.

personally, music is a way of breathing. I always hear music inside my head... no matter what I am doing.

our environment is full of signals and information and colors and therefore everyone have their unique sounds.

music is an atavistic need and it has been said that music makes the unspeakable and the unseen visible.
it is the most abstract form of art and, therefore, it what touches us most deeply.

I have a classical background and I have studied techniques of the contemporary music which I have developed further to fit into my own playing. I also use objects sometimes; sticks, brushes, stones, glass and such, but all is very seldom and only when the music that is performed needs it.

being able to listen and to play and react in the situation.
sense of humor.

I mostly play my Epiphone Broadway. I like that guitar very much.
when I use an amplifier, it is an ampl build by my friend Ville Tolonen. I was looking for an amp and he had just build one and called me over to test it and share my opinion. I said I want it. He did some changes to it for my needs and wishes and that amp is now something else. he is a genius.
this amp has very warm sound.

I often add a piezo on my guitar's body to get out the sounds behind the bridge and from the body, like taps, hits, brushings and such when playing live and that piezo will come out from and old transistor amp from Roland. this sound is quite terrible alone. tense and treble but piezo brings out things that the magnetic mic looses and the combination of these two opposite sounds is just beautiful warm and interesting.


I have other guitars too: hand crafted Yamaha nylon string  (-81), acoustic Hagström (-74) which is interesting guitar. it has a microphone and has the original mic and the neck joint is straight all the way to the body. just beautiful playability and a great sound! Levin archt. from late 50's, Fender Stratocaster from the early - mid 80's when Fenders were made in Japan, acoustic resonator by Semick which is quite fun to play with and Gretch Electromatic which I use in a such amplified live situations where I need electric guitar kind of approach as I feel thin bodied electric guitars quite uncomfortable to play with.

poetry is the language of art and therefore I see all art forms together as a greater whole.
I was born to the family which valued art and literature and I've grown surrounded by that.
I've had years painting and writing myself too so painting and poetry are very close to me personally,
but I enjoy them all.

own voice and intuitive seeing.  firm touch and passionate emotions.
those things that you cannot describe by words but you know when it's there. 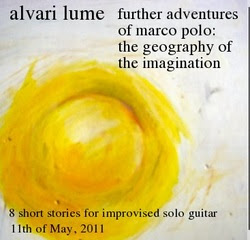 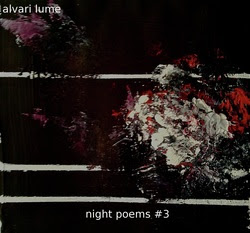 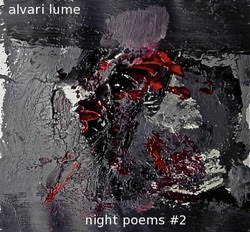 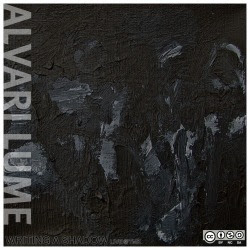 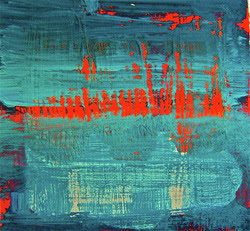 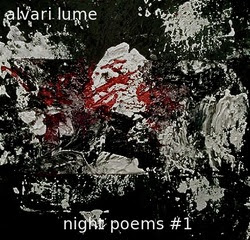 Sound that I Thought was Silence(2008) 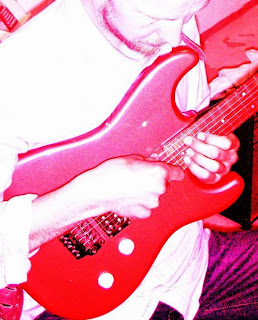